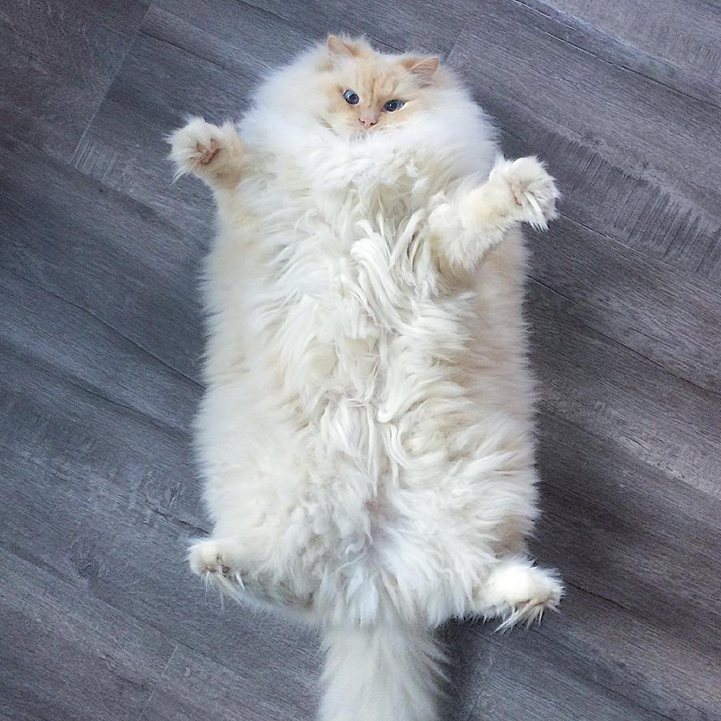 Sky the Ragdoll cat might be one of the fluffiest felines we've ever seen–it's as if he's all fur! His piercing blue eyes are the only thing that stands out through his thick coat; otherwise, he's like a giant cuddly cotton ball or fluffy white cloud (hence, his name). With a lofty-sounding name, Sky is firmly planted on the ground–he seems to have an aversion to any physical activity. Worry not, though, because his huggable layer of fuzz certainly works to his advantage as he charms a large following via Instagram. His profile even states: “I make lazy look good.”

Sky's Instagram feed is filled with photos of him as he's slumped on an armchair, mimicking a loaf of bread, and lounging on his back without a care in the world. Each image is accompanied by a witty caption and, in them, Sky often says what we're all thinking. One of his latest gems is, “Being active is fine but bed is better.” We feel you, Sky. 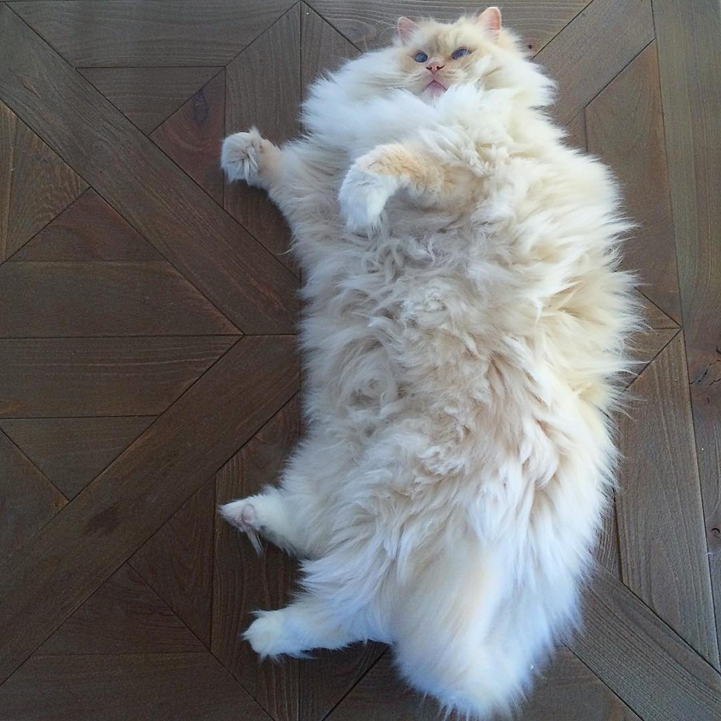 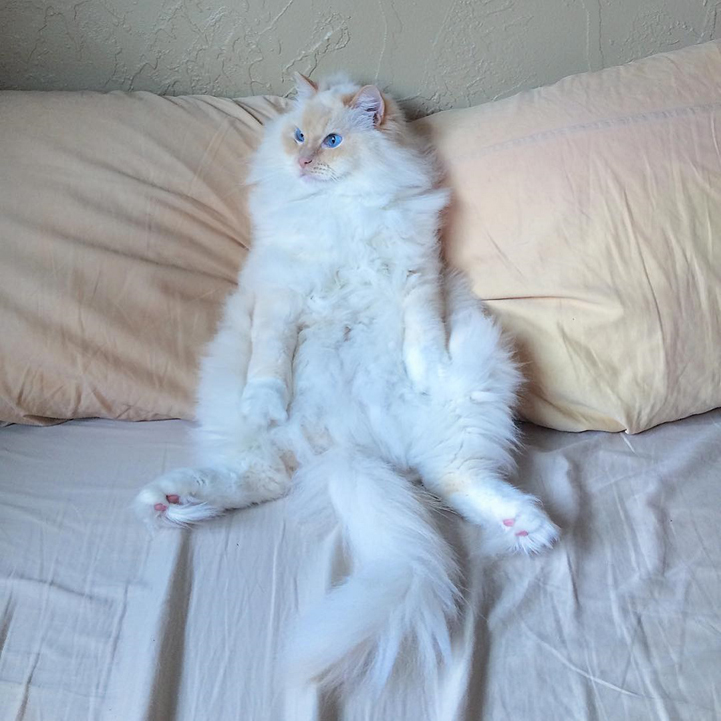 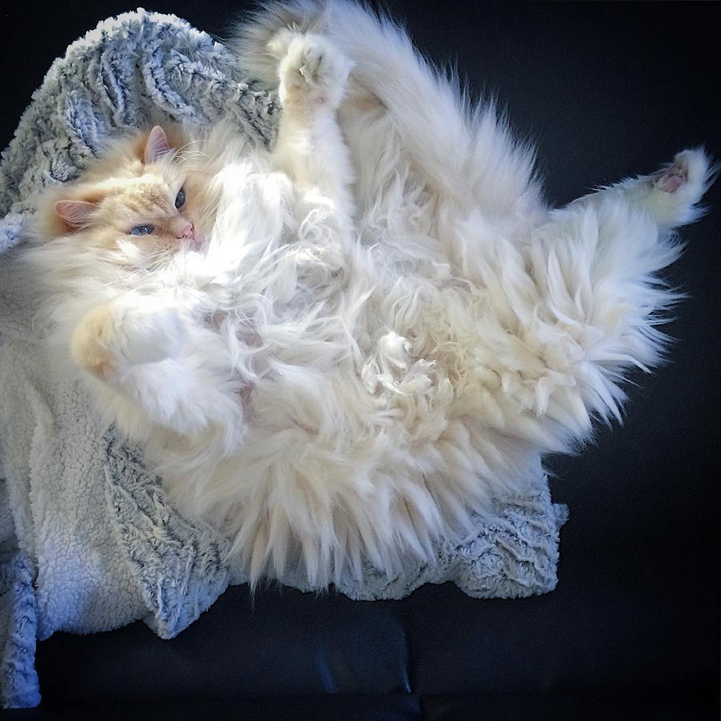 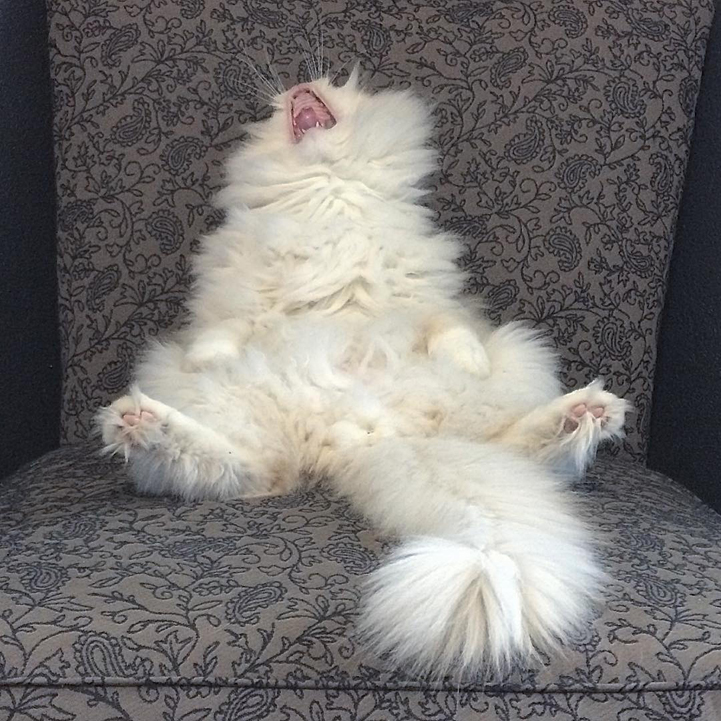 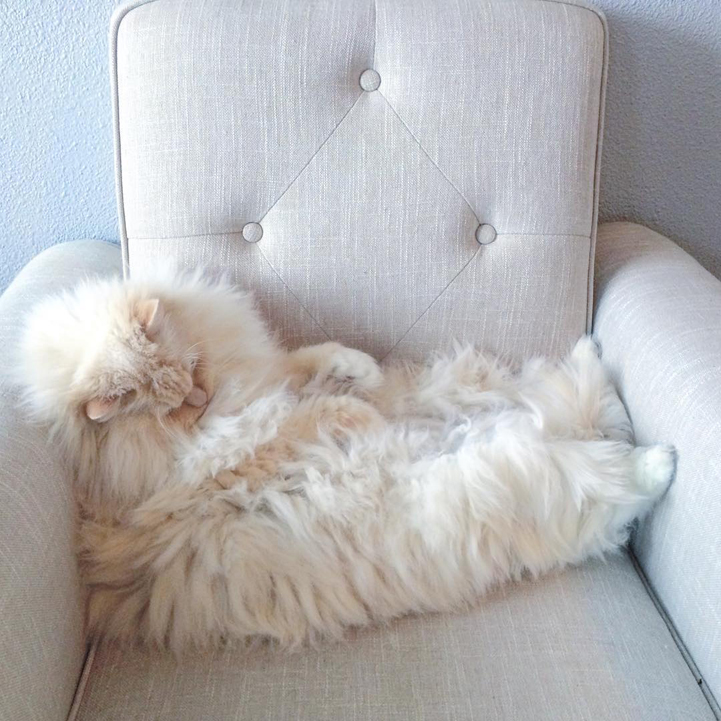 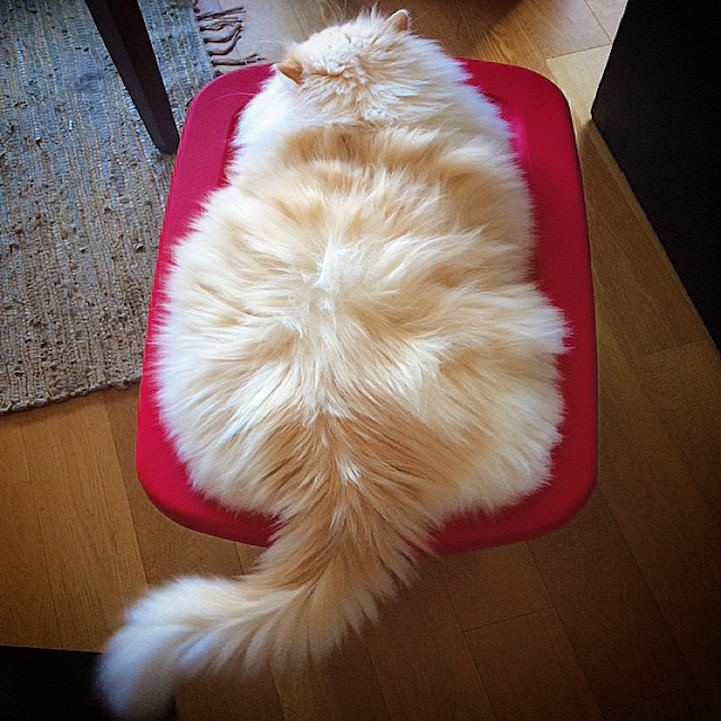 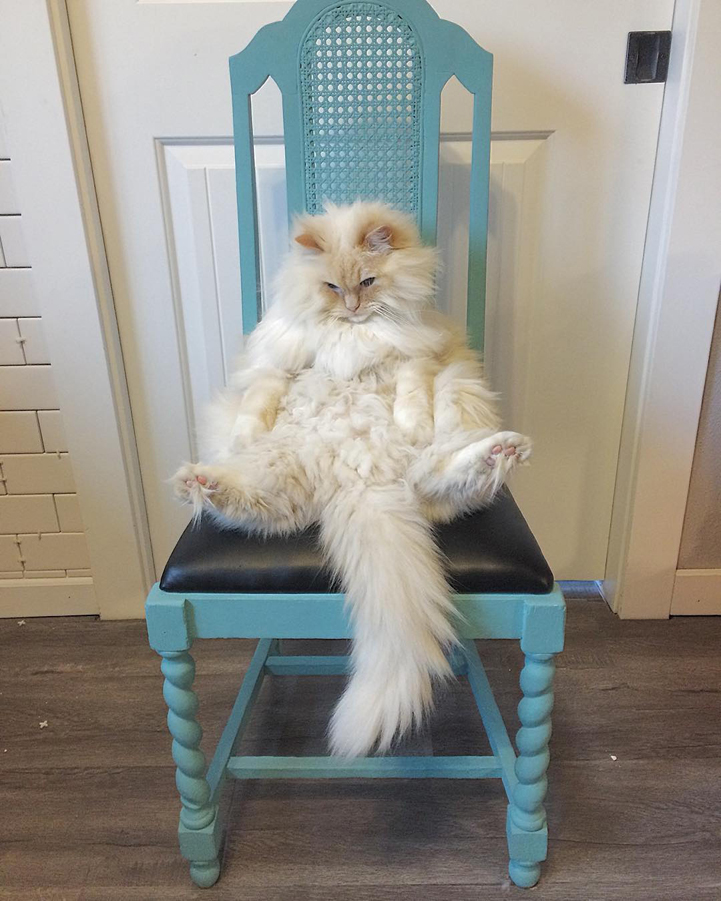 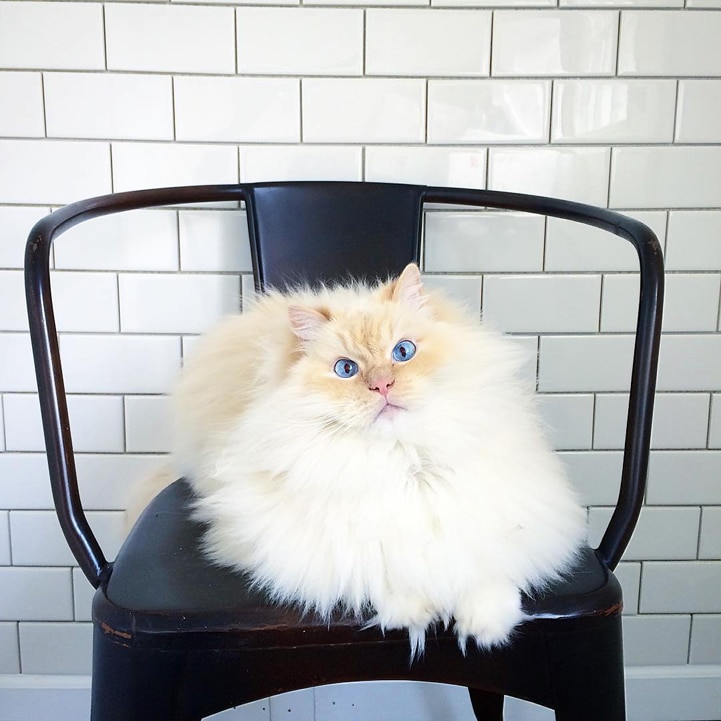 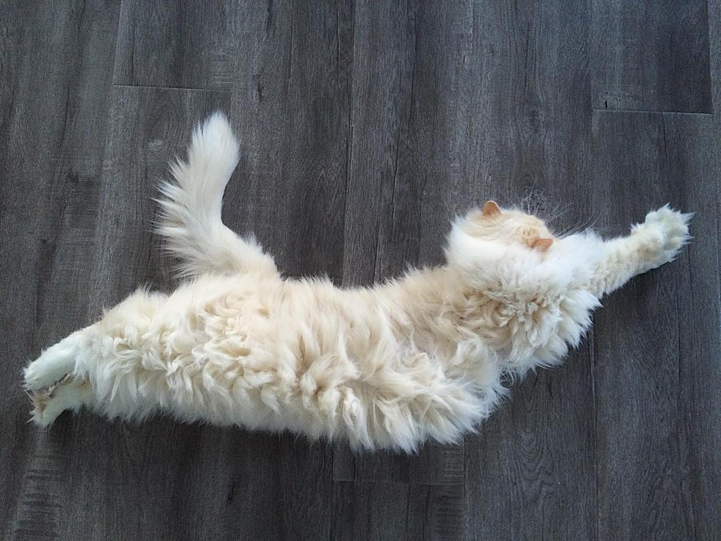 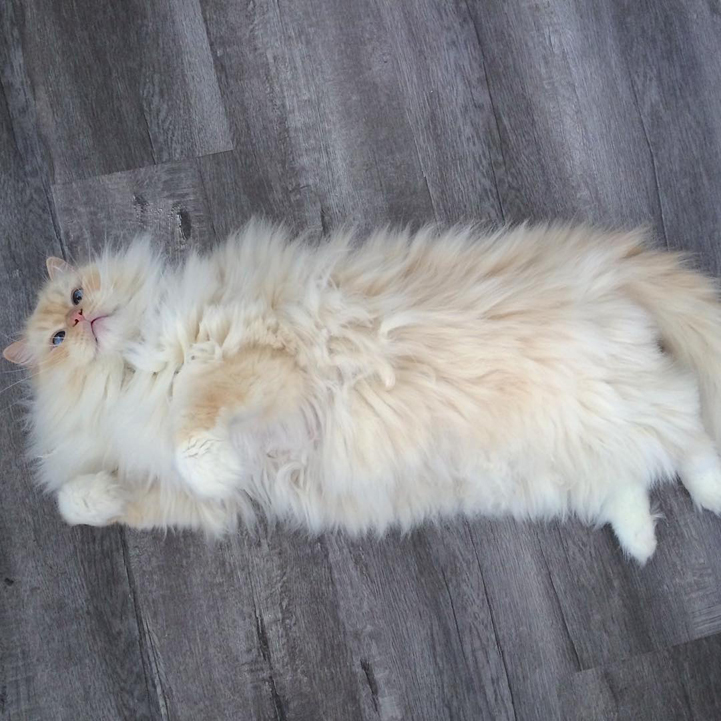 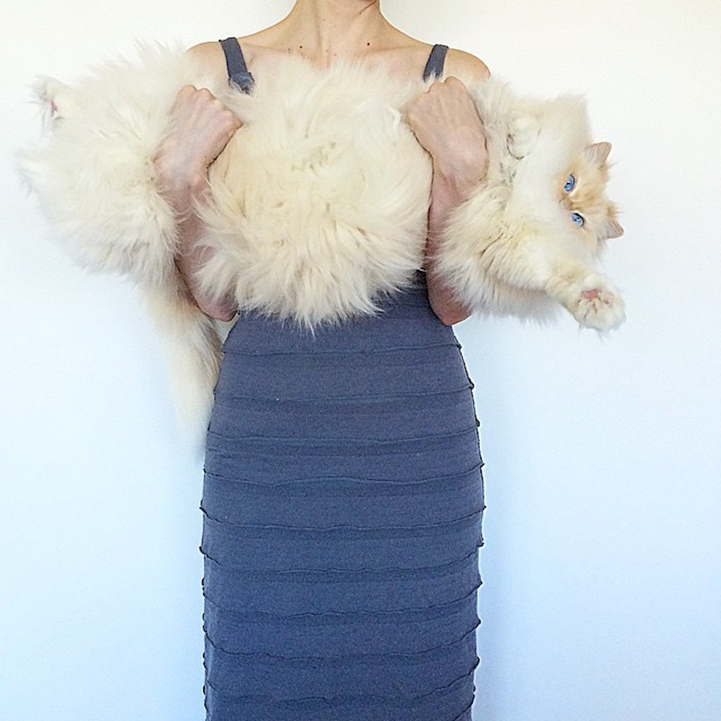 Here's Sky after a bath, which gives you an idea of just how fluffy he really is: 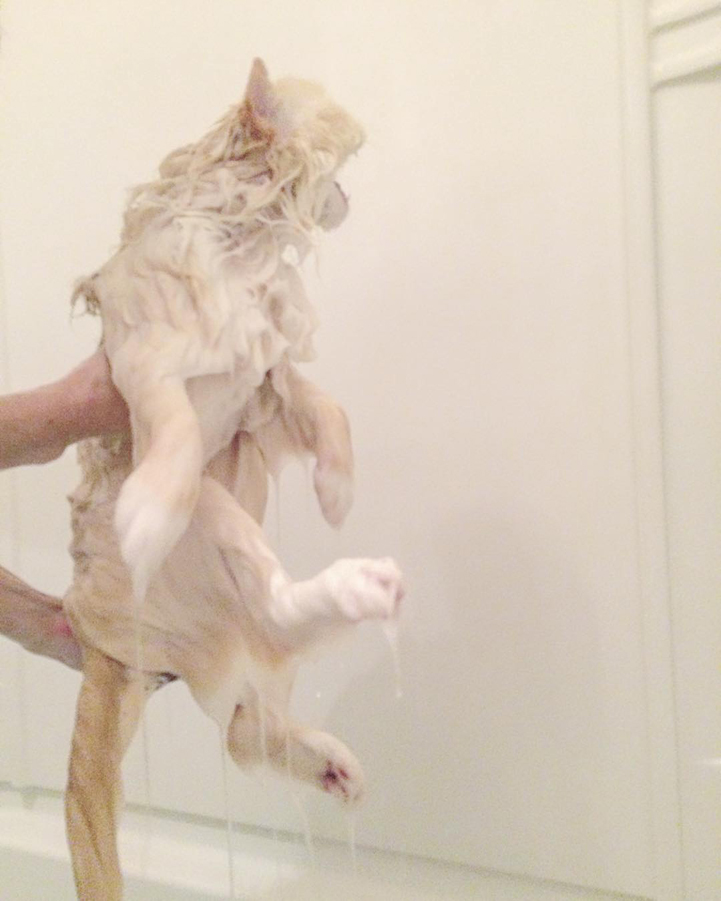