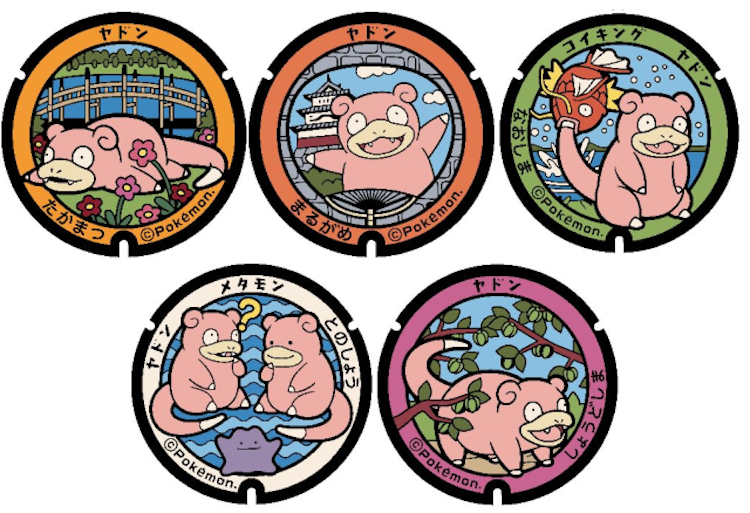 If you’ve ever been to Japan, you might have noticed artistically designed manhole covers dotted across the country. In fact, there’s even a festival that celebrates the art form. Last year, some participating Japanese prefectures merged the decorative manhole tradition with pop culture, resulting in designs featuring none other than Pokémon characters.

From Pikachu to Eevee, many of the beloved Pocket Monsters now adorn Japan’s streets, but there’s one particular Pokémon character that’s recently inspired an entire collection of manhole covers—Slowpoke. Last year, the adorable water/psychic Pokémon was named governor of Kagawa—Japan’s smallest prefecture. Today, the community continues to embrace the cute character as part of their tourism efforts, by creating Slowpoke-themed manhole covers in 16 districts.

The playful Slowpoke-inspired covers were donated by The Pokemon Company, and were installed across the prefecture during September 2019. The individual designs feature the pink character visiting Kagawa’s various tourist sites, from Marugame Castle to the Great Seto Bridge. 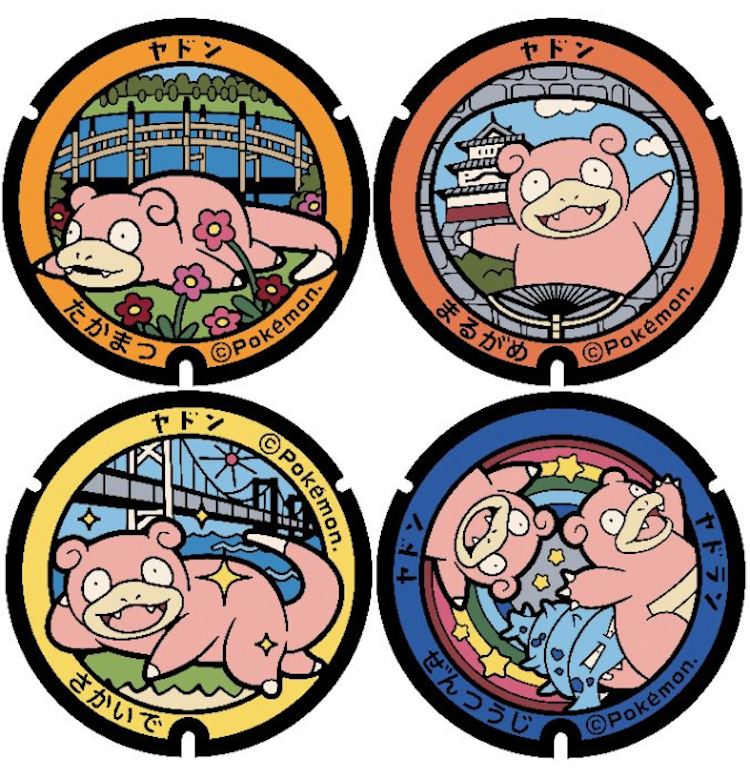 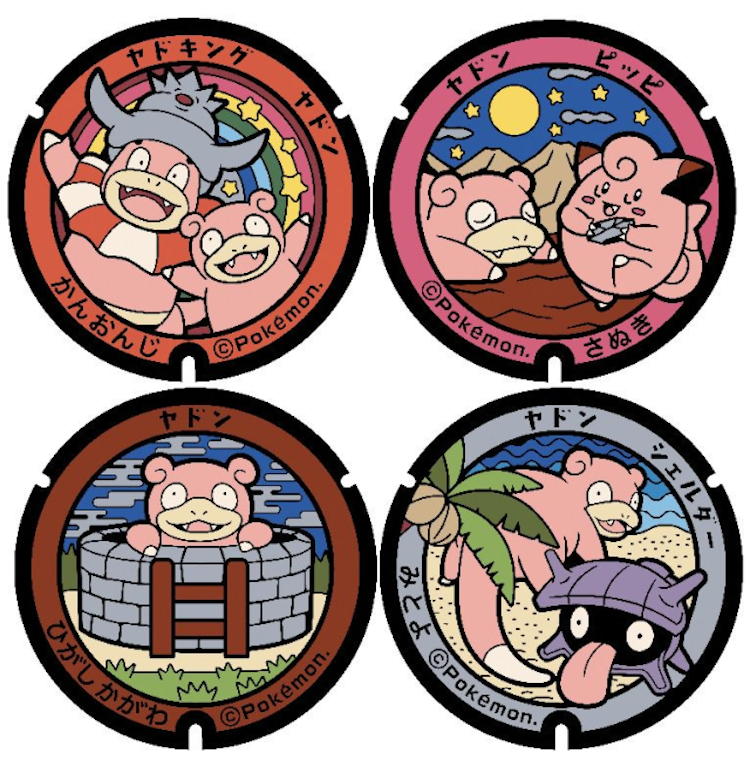 Does Slowpoke inspire you to visit? 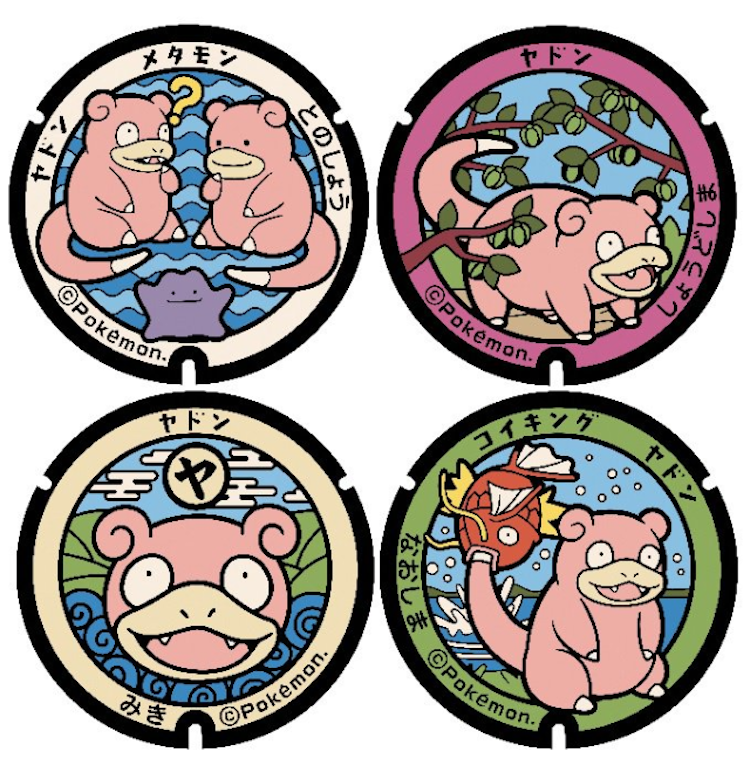 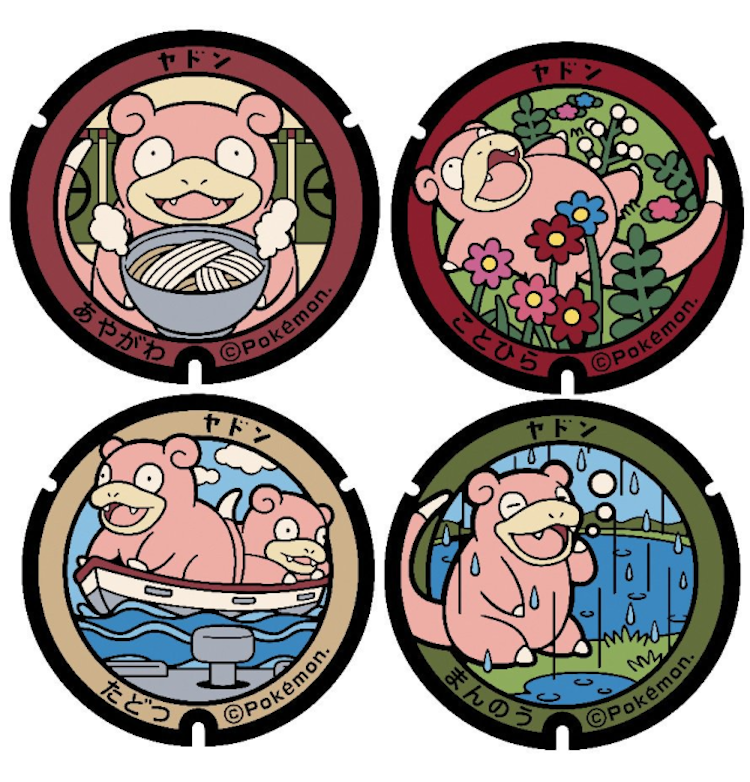 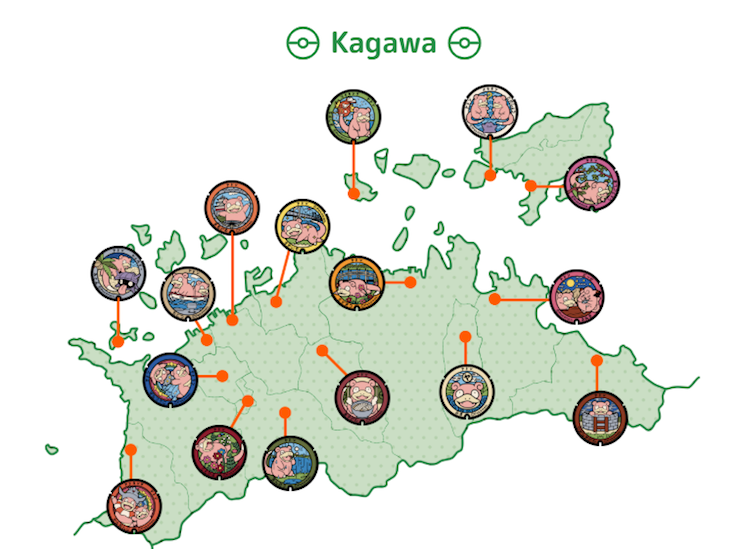 You Can Now Find Pokémon on Manhole Covers All Across Japan