By Emma Taggart and Margherita Cole on January 1, 2022 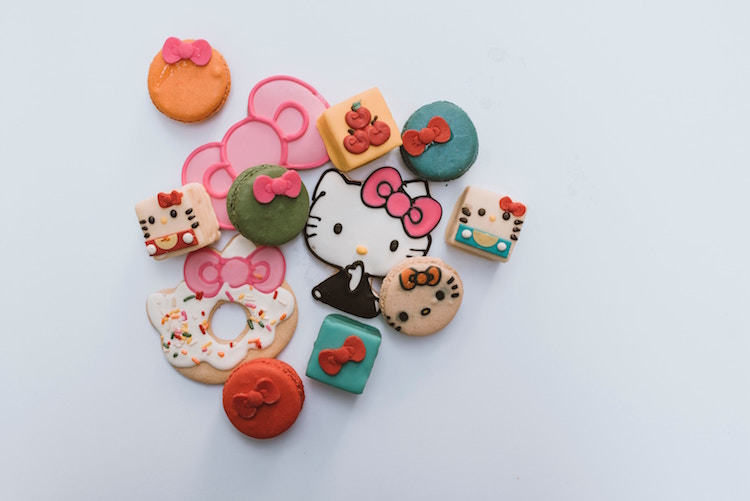 Roughly translated as “cuteness,” kawaii is one of the most frequently used Japanese words. In a broader sense, it describes the culture of celebrating all things adorable and embracing fictional characters as the embodiment of positivity. Originating as a distinctly Japanese cultural trend, the concept soon evolved into the worldwide phenomenon it is today, spreading through many aspects of modern life, including art, fashion, technology, and even food.

Japan’s kawaii culture is believed to have begun in the 1970s when teenagers developed their own childlike handwriting. Given a variety if names, including marui ji (round writing), koneko ji (kitten writing), and burikko ji (fake-child writing), the stylized script featured curvy, noodle-like lines next to hearts, stars, and cartoon faces. Some believe that trend was in response to the rigid culture of post-World War II Japan, and that this new cute style allowed the youth of the time to express their individuality. While most schools banned marui ji, the playful style gained popularity among advertisers in the 1980s, and led to the invention of one of the most famous kawaii characters of today.

In 1974, Japanese stationery brand Sanrio launched its iconic character, Hello Kitty. Designed by Yuko Yamaguchi, the super-cute white cat—with no mouth and a pink bow—was first printed onto a vinyl coin purse. Almost fifty years later, Hello Kitty is recognized all over the world, has been placed on countless products, and even has her own themed bullet train. In 2008, Japan named Hello Kitty as their official tourism ambassador, inviting the rest of the world to celebrate the country’s proud kawaii identity.

Since Hello Kitty, Sanrio and many other manufacturers have developed cute characters who, although are fictional, have also become pop icons. Think Pokémon’s Pikachu, the Afro Ken dog, and even emojis—they all have one thing in common: cuteness!

What Makes Something Kawaii?

There are many different kawaii characters, but they all have a few things in common. Typically, kawaii characters are designed in a very simplistic style and have big heads, small, compact bodies, wide eyes, a tiny nose, and little or no facial expression. The lack of emotions is actually what makes them so lovable, as it allows viewers to project themselves onto the character, be it a small child or an adorable animal.

Additionally, kawaii characters tend to be outlined in a thick, black line and feature a limited color palette of primarily pastel hues.

One contemporary artist to adopt the style is Takashi Murakami, who has developed his own set of cutsie—and often unsettling—characters. Murakami is one of Japan’s most celebrated artists and is the founder of the Superflat art movement. Superflat is based on Japan’s cuteness craze, specifically anime and manga, and blurs the line between fine art and commercial culture. Some of the artist’s most recognizable characters include his smiling flowers and the iconic Mr. DOB.

Another artist considered to be inspired by kawaii is Yoshitomo Nara. The Tokyo-based artist first gained recognition during Japan's Pop Art movement in the 1990s and has since had almost 40 solo exhibitions worldwide. Nara is best known for his ambivalent paintings of children and animals that appear both innocent and sinister at the same time.

Kawaii doesn’t just apply to fictional characters, it also materializes in real life as a fashionable subculture. In Japan, there are several styles that are based on the idea of kawaii. Lolita fashion, for example, finds inspiration from the Victorian and Rococo period and consists of elaborate outfits with ruffles, bloomers, parasols, and bows. Related to this style is Sweet Lolita, which includes outfits that are even more “feminine,” featuring pastel colors, bonnets, and so on. 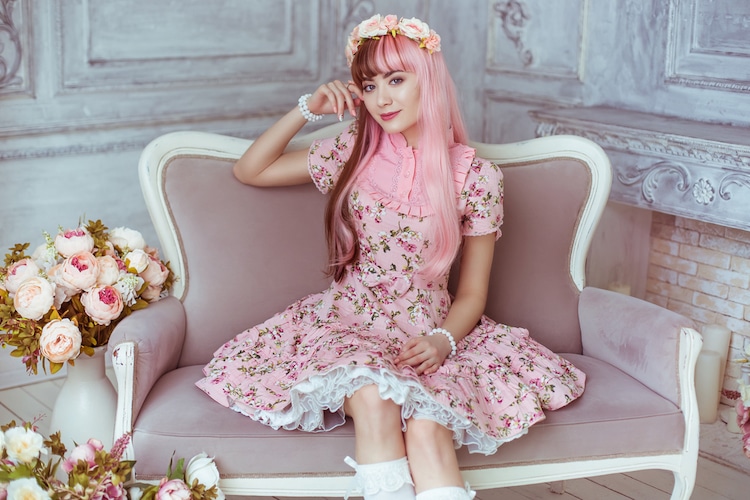 Cosplay, or costume play, is now a hallmark of modern Japanese life. People dress up to portray anime and manga characters, or their favorite cutsie pop-culture icons with elaborate outfits and various accessories. There are even organized events, where kawaii fans celebrate their cuteness with parades and gatherings in Japan, the Philippines, Korea, and many other countries across the world.

While sushi might be the first dish you think of when it comes to Japan, it could be argued that bento boxes are even more popular. The trend involves turning basic packed lunches— comprising rice, fish or meat, and vegetables—into adorable works of art. Kawaii’s influence has resulted in two distinct bento box styles; kyaraben (character bento) or oekakiben (picture bento).

Installation Fills a Room Entirely with Colorful and Cute Objects