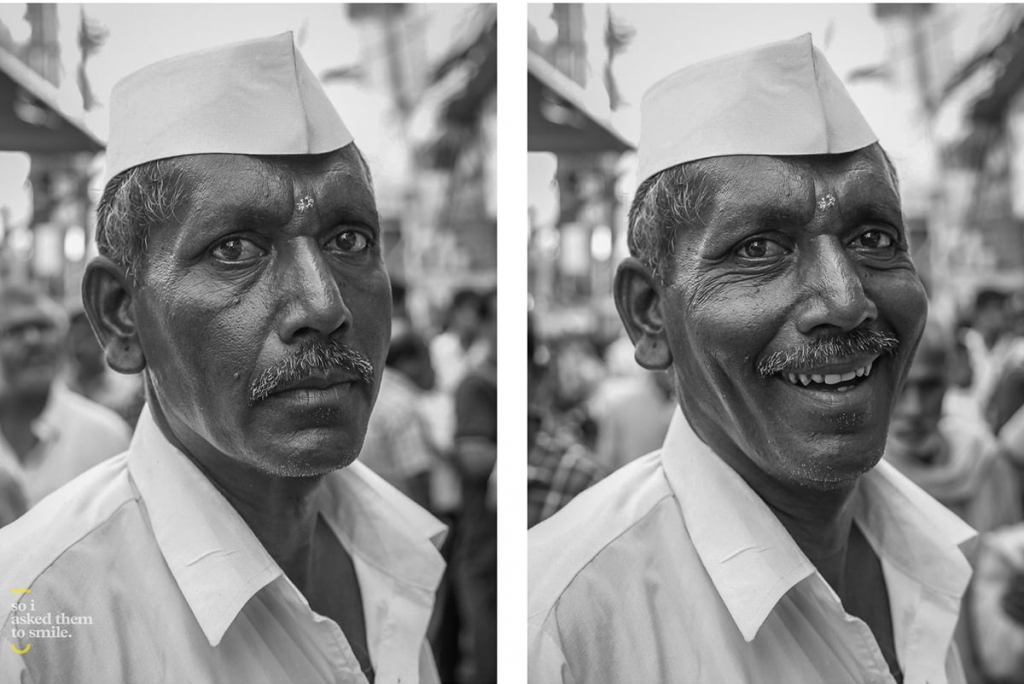 “so i asked them to smile,” a series by Jay Weinstein

Australian photographer Jay Weinstein was wandering the streets of Bikaner, India one day in 2013, when he encountered a man standing by some motorbikes. Initially, Weinstein was hesitant to approach the interesting stranger. Then the man yelled, “Take my picture too!” Weinstein responded with the simple imperative “Smile!” With that, the so i asked them to smile series was born from a chance joyful encounter. Over the past eight years, Weinstein has traveled the world on his mission to collect images of strangers—before and after they smile.

Weinstein has lived in India for much of his life, so it was only natural his series began with an image there. From the first smile, he noticed how everything from the subject's posture to the twinkle in their eyes changed as soon as they smiled. Weinstein told My Modern Met in 2016 that he searches for something beautiful inside and out in his subjects, who are all strangers going about their own daily lives when he meets them. He elaborated on his series, “That is what the purpose of art is: to see the world differently. I also strive to create images that are authentic, positive, and dignified. The last thing I would want is for my subjects to regret smiling for the stranger with the camera.”

Since 2015, Weinstein has been a professional traveler. He runs photography tours called A Wanderer’s Eye and other events in India. His so i asked them to smile series has been exhibited in Mumbai for all to enjoy. His ongoing quest to capture smiles around the world is both an attempt to unify and a celebration of the differences which make the world such a vivid, fascinating place. To follow his camera-toting travels and get your daily dose of smiles, follow his Instagram for so i asked them to smile.

My Modern Met was fortunate enough to catch up with Jay and learn more about the evolution of the uplifting series that is so i asked them to smile. Read on for our exclusive interview. 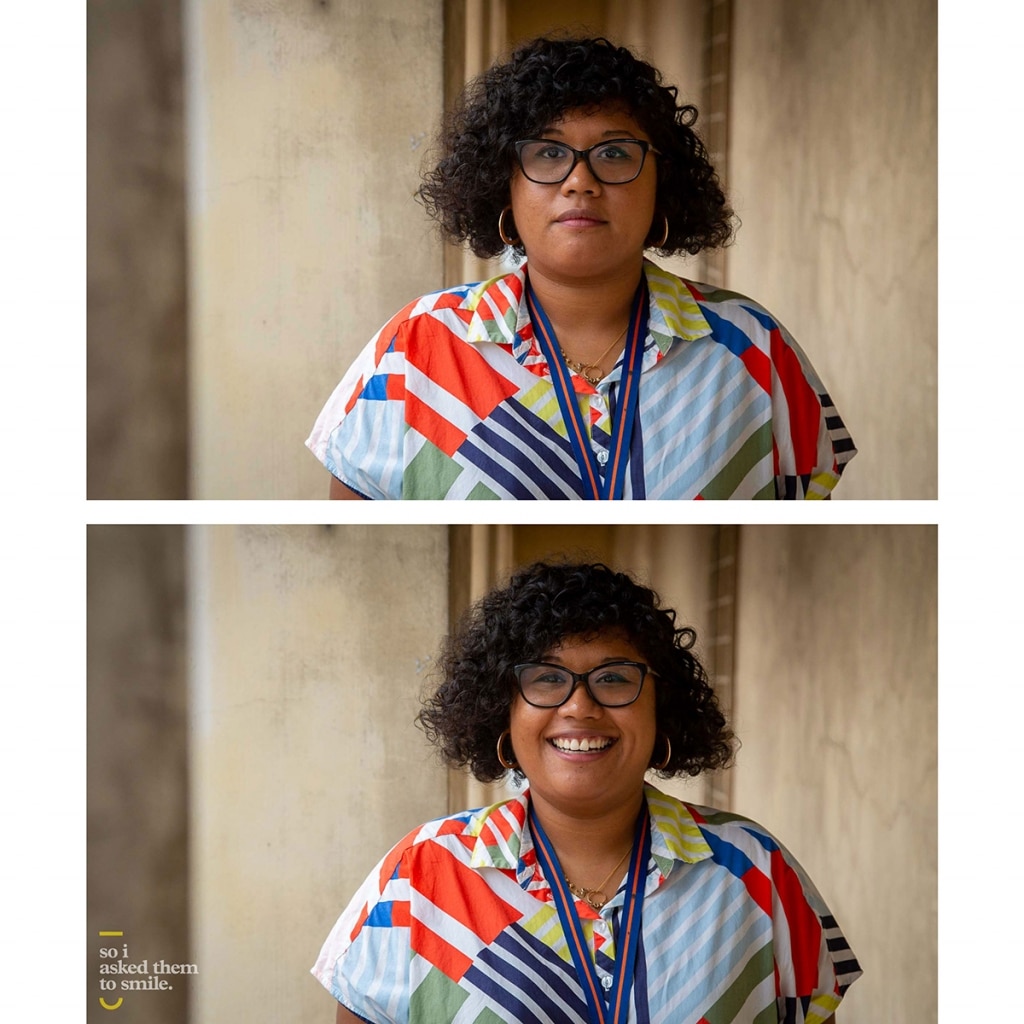 You began so i asked them to smile (SIATS) because of a chance encounter with a willing subject in the street. Are they still by chance?

The portraits from so i asked them to smile are of humans I did not know before making the image. Apart from a couple of exceptions, each is the result of facing my fears and approaching a complete stranger. 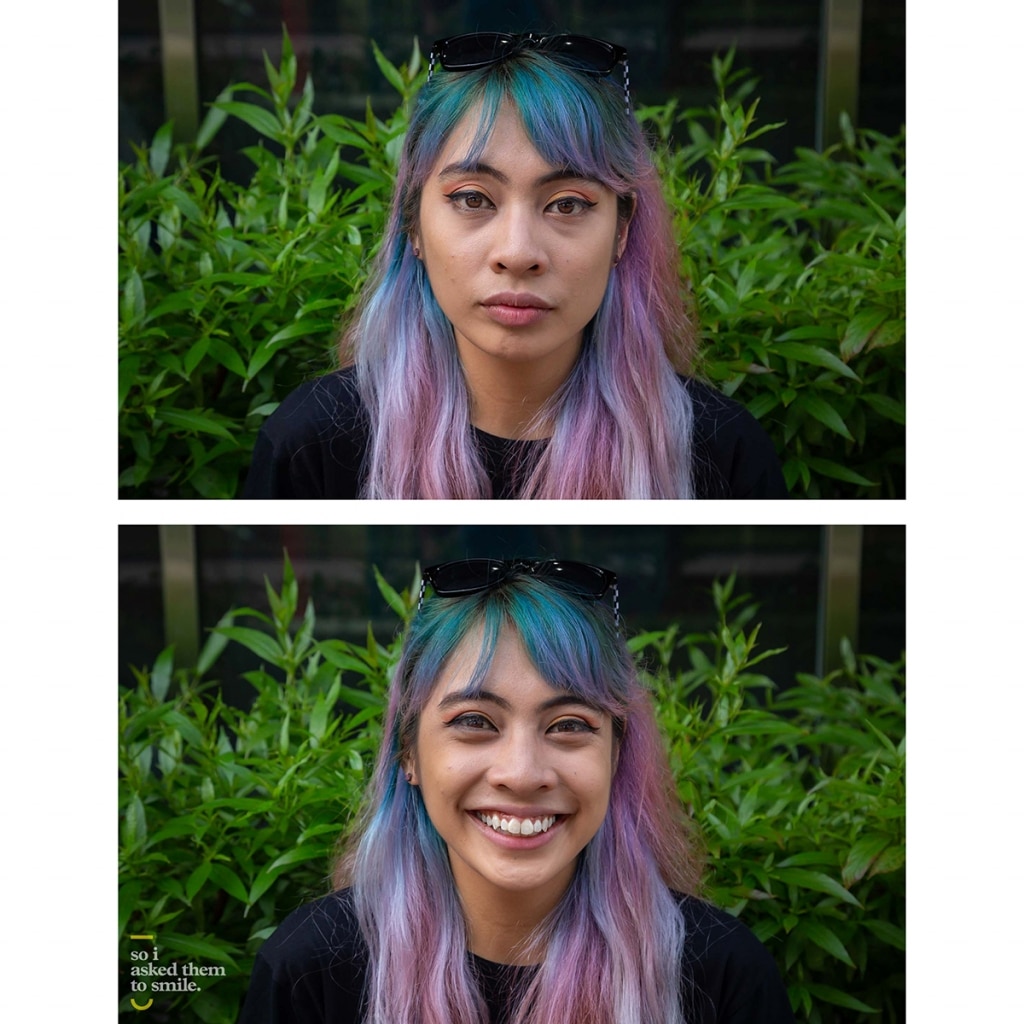 How long are your photographic encounters?

Some people I stayed and chatted with but the majority were on their way to somewhere else and our time together lasted only a few minutes. I try to approach, introduce SIATS, photograph, and then show the subjects the resulting images on the back of my camera. Most of the time I am happy to spend as much time as they like, answer any questions they have or even delete images they don’t like. I am very conscious in my intention for them to feel as much a part of SIATS as possible. I want them to feel agency.

However this project is also an exploration of my/our assumptions about strangers. On most streets I walked, and especially my home of 25 years, India, I am surrounded by a constantly changing cast of people I would never meet. So on some level, and specifically for this project, I am also happy for them to remain strangers to me. One day, I would love to go back to the places I visited, find the people who made it into the project, and get to know the person behind the smile. Perhaps it could be in the form of an India travel show type series…let's see what happens with the world. 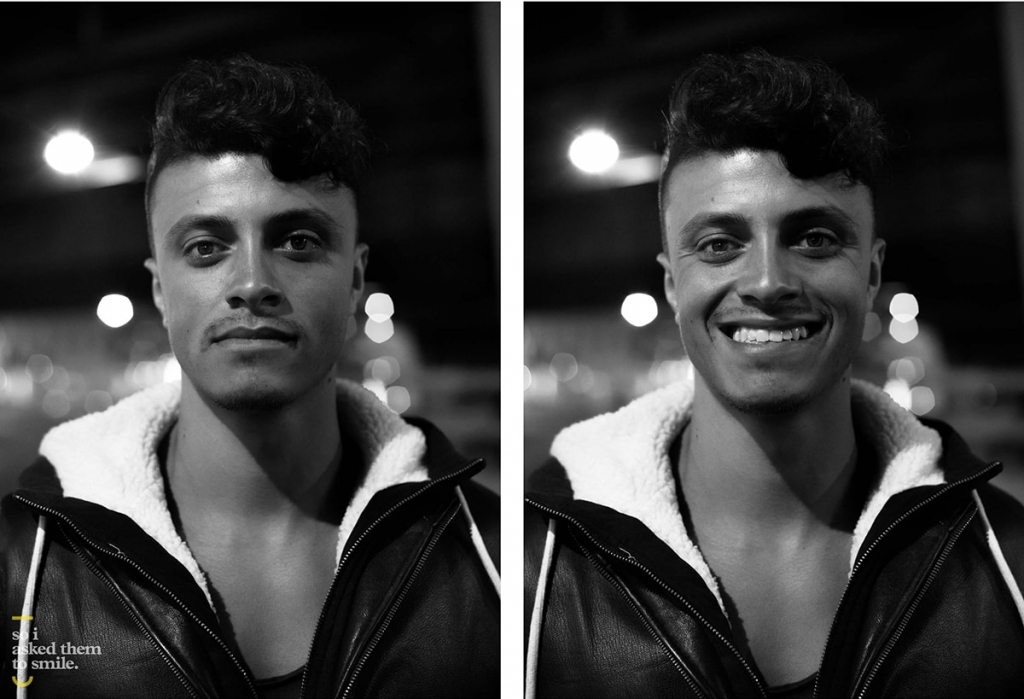 SIATS cuts across boundaries of gender, class, race, and nationality. However, different cultures can have different perceptions of non-verbal signals such as smiling. What cultural differences have you noted in your pursuit of smiles?

In my travels, I have noticed vastly more similarities than differences when it comes to people, generally, and smiles, specifically. People seem to have the same fears, hopes, dreams, and love for their kids. My smile got a similar reaction in every community I visited as did the smiles that came my way. To be honest, the differences I witnessed were mostly in their relationship with the camera I held. In Fort Kochi, India, people would smile while talking to me, agree to be part of the project, and then as I raised the camera the smile often evaporated…until I lowered the camera again. 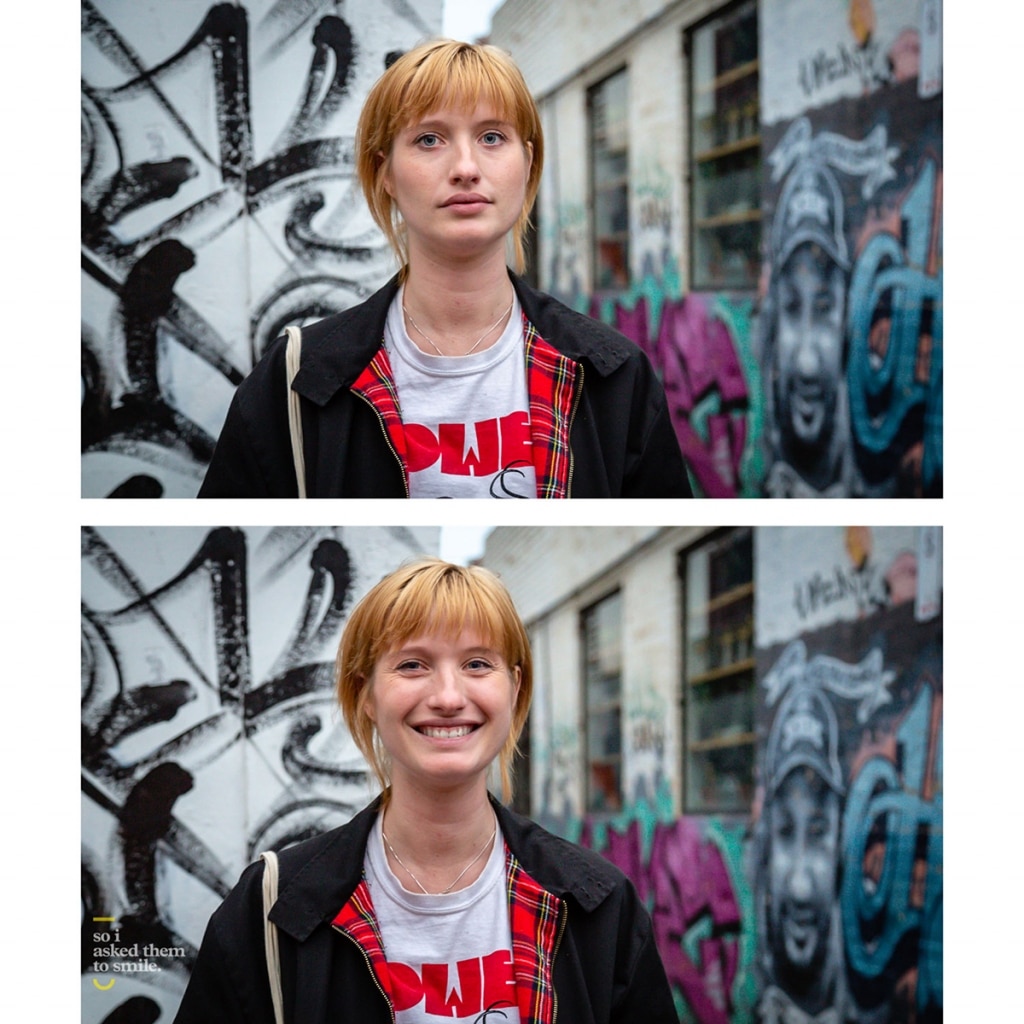 (continued) In Beijing, I was struck by how young people were so comfortable with being photographed that they often broke into a broad grin and then highlighted it with an exaggeratedly playful pose. In the rural Chinese villages I visited, elderly people were unwilling to be photographed until they checked a mirror to make sure they looked exactly right; while in the rural Indian villages, my subjects boisterously posed instantly, regardless of external appearance. In Bengal, I noticed people smile and then cover their teeth with a hand while being photographed. I lost count of the number of people, in India, who approached me to be photographed and then left smiling without any need to see the resulting images.

What consistently struck me was how much more similar and loving we are than we are constantly told. The smile has thus become a profound symbol of our oneness. It is a superpower we all have—even if it is sometimes wiser to conceal. It consistently leaps through external differences armed with the gentle power to establish a feeling of connection…in seconds. I have seen this happen again and again and again. Therefore I believe that our long-term global solutions can only be built on the recognition of our shared oneness. My hope is that SIATS can contribute by reminding us of and strengthening these loving foundations. The responses I have received from humans around the world, in more countries than I can name, seems to suggest that there are many others who feel the same way. 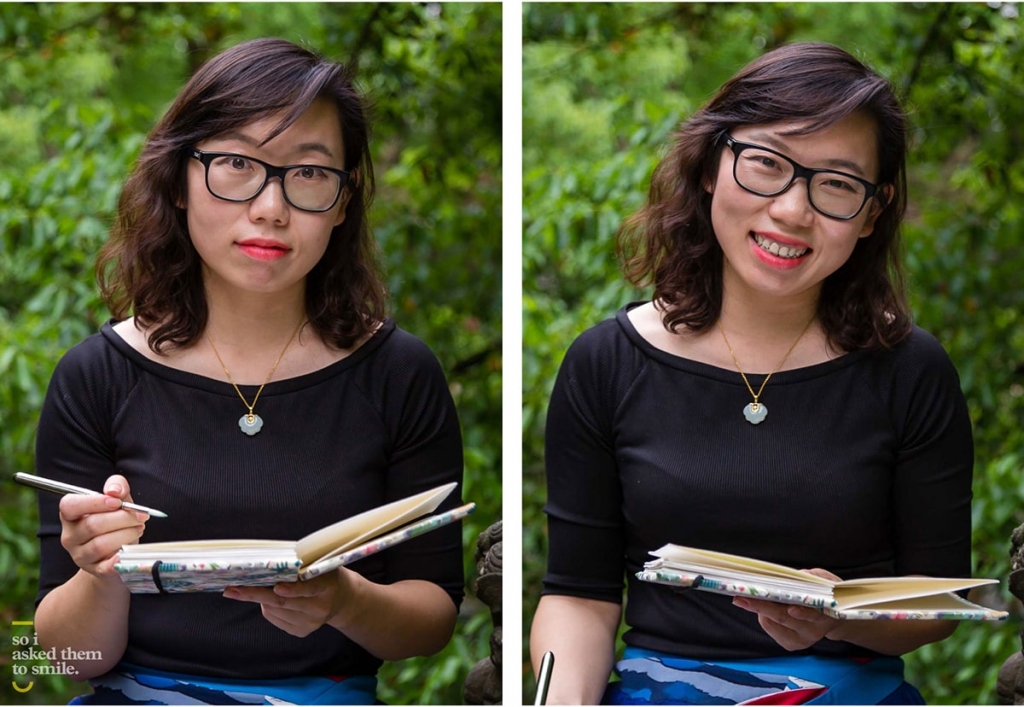 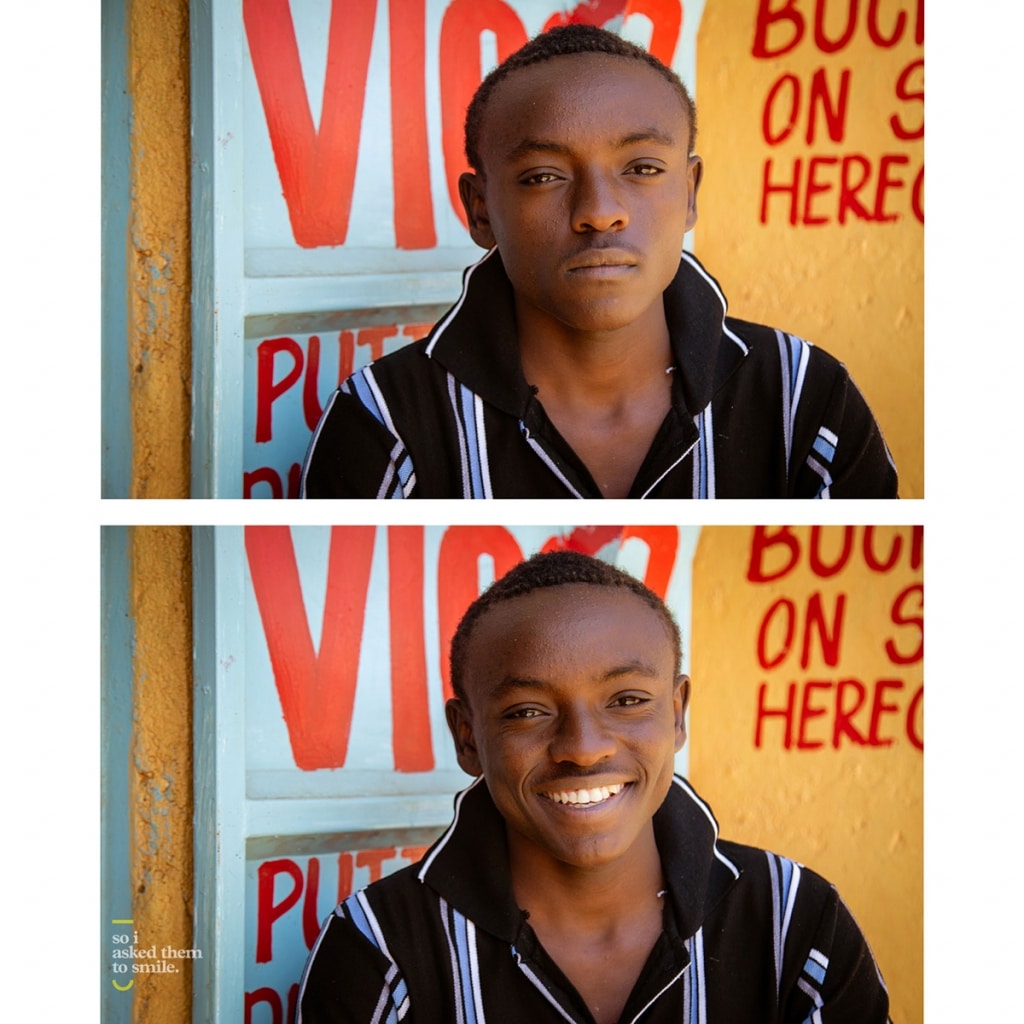 Your photography as a whole centers around seeing the world differently, specifically through “a wanderer's eye.” In this time of limited travel, how would you encourage photographers to achieve this perspective in their hometowns and local areas?

The pandemic has affected people differently depending on so many factors. I am currently on the outskirts of Perth, Australia. I feel thoroughly unqualified to give any advice to those experiencing far harsher realities around the world. I would rather hear what they have to share with me on this topic.

We were, and eventually will be, surrounded by people we don’t know. Photography is such a wonderful tool to bridge that gap—and sometimes we end up with great images. Looking though the lens has helped me find empathy and understanding even for those I thoroughly disagree with. It has sparked conversations I would never normally have, with people who look, sound, and live completely differently to me. I am humbled by how much I owe this magical little seeing machine! 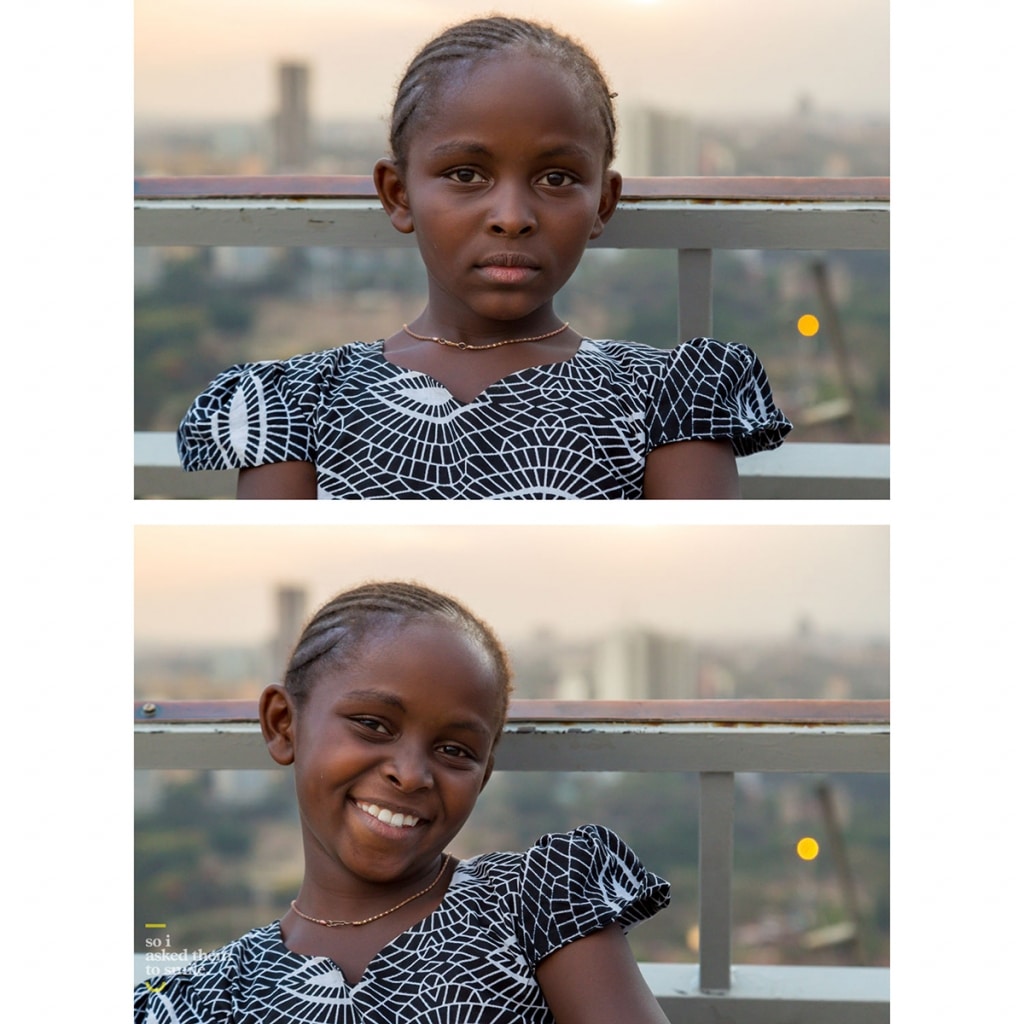 Your so i asked them to smile exhibit has been traveling since 2017. What is to be expected in 2021 and beyond?

Though this project is best experienced in a quiet, thoughtful space like an exhibition, I have so far managed only two, both in Mumbai. I would love to eventually bring the exhibition to other parts of the world. It seems more necessary now than ever. I am still developing a model that allows for the required level of time and economic commitment, as the dream is to eventually add at least one image from every country on Earth. 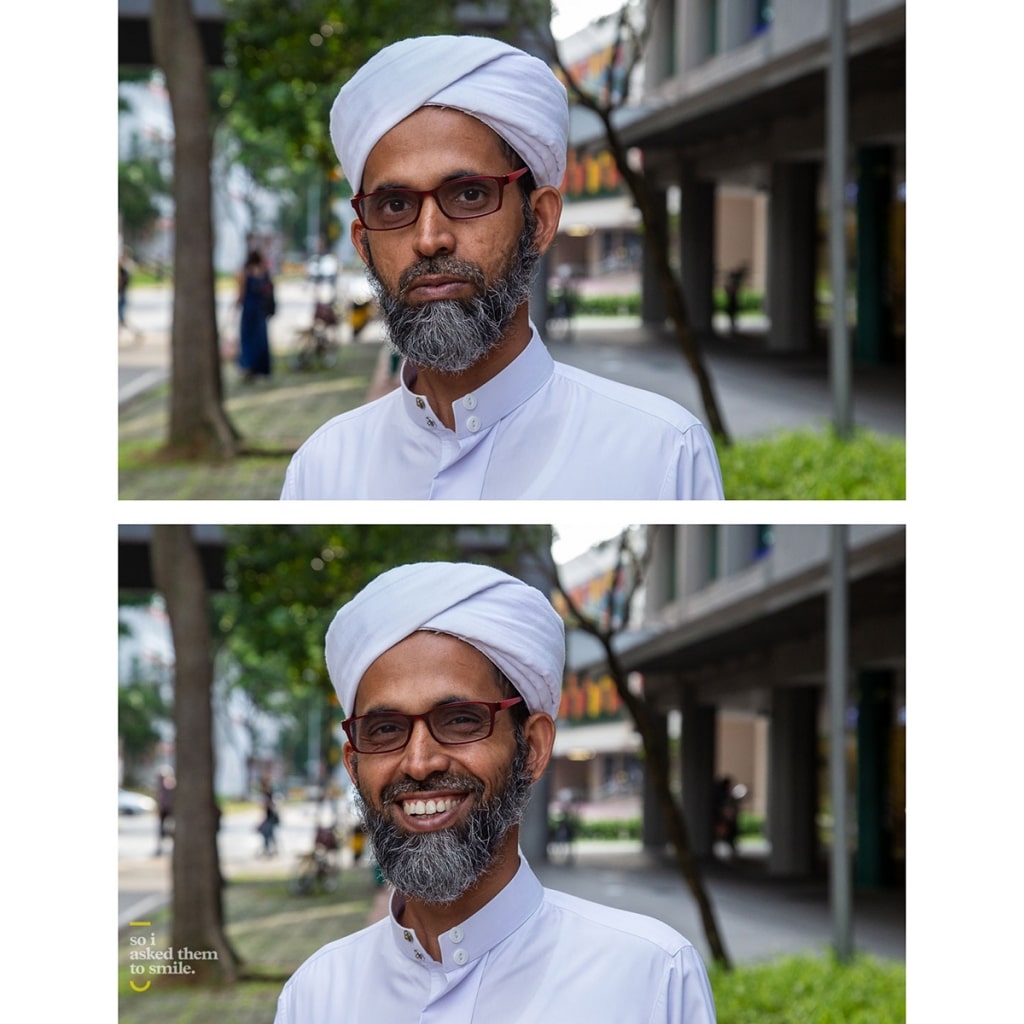 (continued) In the meantime, I am imagining new ways of sharing what I am learning and also the experience of challenging assumptions, approaching strangers, starting conversations and listening to other perspectives. I am developing a corporate workshop based on the project, some SIATS activations, and maybe a SIATS book. Hopefully, these and other ideas can eventually help raise funds to sustain the project, multiply its positive impact, and contribute to some of the local communities I visit. I am most excited about the SIATS India travel show idea. I think it would be fascinating to find the strangers I photographed and finally hear their stories. Let us see what the post-pandemic future world looks like!

I would also like to thank you all at My Modern Met for being one of the first websites to feature so i asked them to smile, when I first started sharing it online. I appreciate your efforts and mission of celebrating creativity and promoting a positive culture by spotlighting the best sides of humanity. 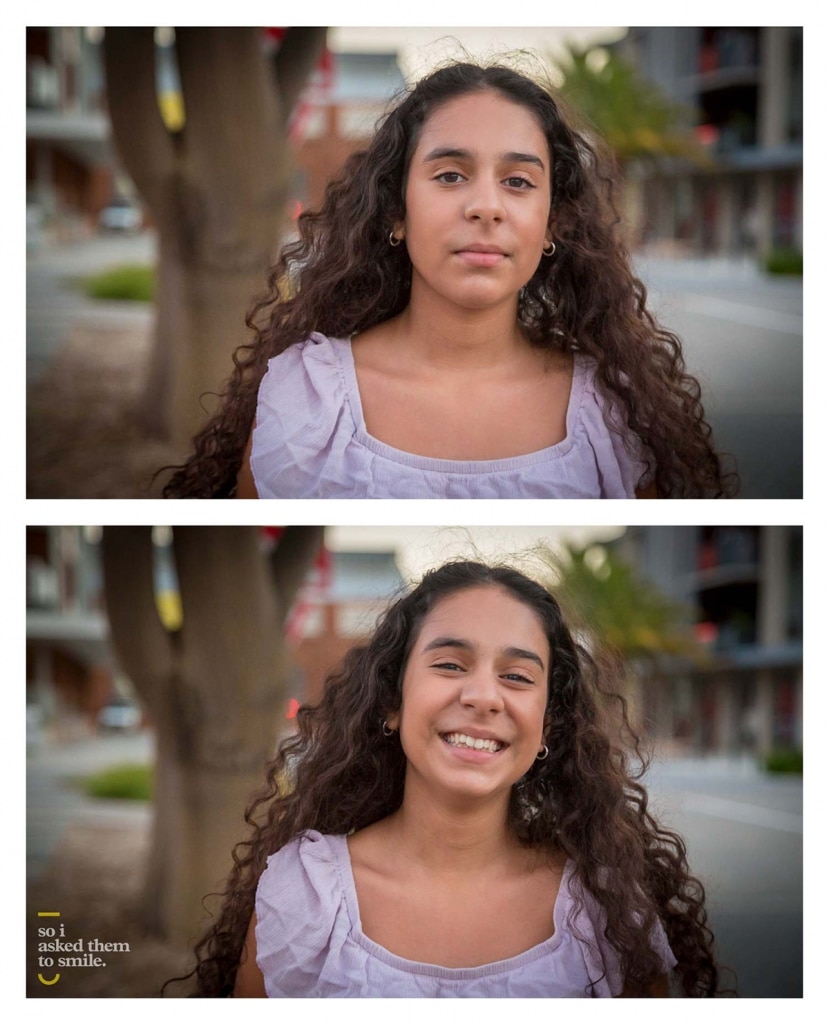 My Modern Met granted permission to feature photos by Jay Weinstein. Interview has been edited for length and clarity.

Have you smiled today? Share
Like My Modern Met on Facebook
Get Our Weekly Newsletter
Become a
My Modern Met Member
As a member, you'll join us in our effort to support the arts.
Become a Member
Explore member benefits 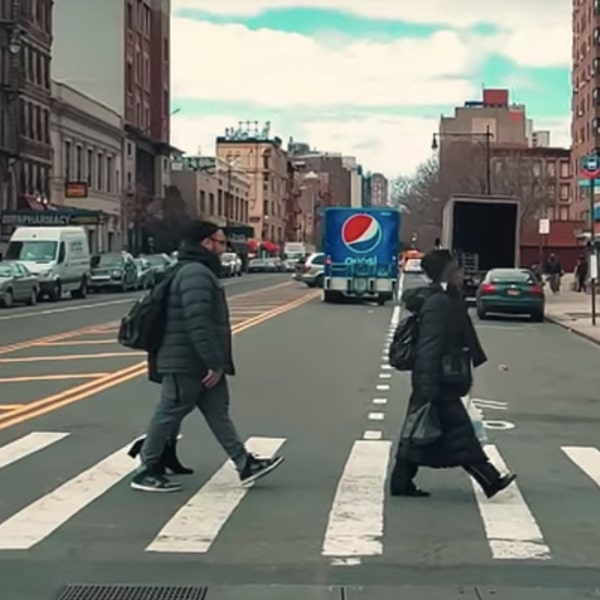