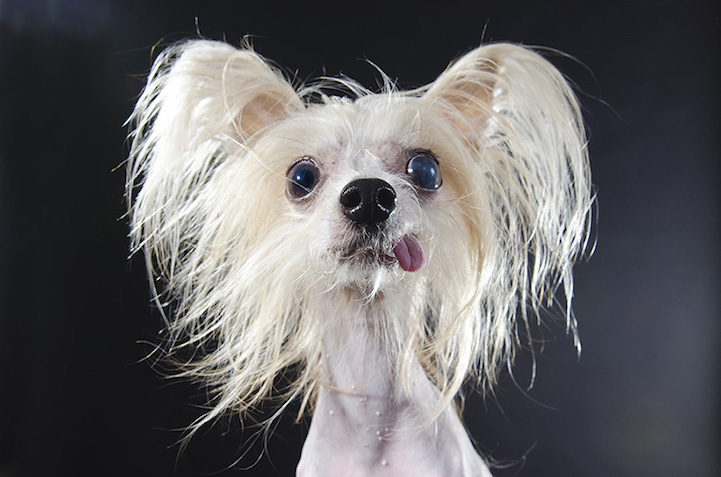 They're not the most attractive breed of dogs, in fact, some would call them quite hideous. Photographer Sophie Gamand, of the Wet Dog and Flower Power series, is back and this time she's pointing the camera at hairless dogs. She likens their faces to those of “old wise men or philosophers, shamans from a different era, maybe a different universe.” Focusing on two major hairless breeds, the Chinese Crested and the Xoloitzcuintli (or Mexican hairless dog), as well as mixed hairless dogs, she captures their portraits in a professional way. One can't help but laugh at their goofy expressions.

For this project, Sophie approached private breeders as well as rescue organizations specializing in hairless dogs. She had a lot of stories to tell, saying, “Hairless dogs are very unusual dogs. Not only in the way they look, but also in their personalities. I wonder if their personality is the result of how people treat them? Many of my models' parents confessed to be attacked or mocked in the street when they walk their hairless dogs. One of them was insulted because people thought he had abused his dog. Someone else told me their dog got kicked in the street by someone who referred to it as a rat.

“The Chinese Crested dogs I know seem to be generally shy and skittish. It takes a long time for them to let strangers touch them. Xolos are very skittish too, but there is nothing shy about them. They are strong-willed. They are physically very powerful. It was very difficult to photograph these dogs, especially because I wanted to be ‘in their face' with the camera, something lots of dogs are uncomfortable with. But hairless dogs even more, it seemed. Some of the Xolo models simply refused to pose. One of them got offended when I used baby voice during our shoot to address him. Suddenly he looked straight at me, with a deep offended look in the eyes, and turned his face away. I was never able to catch his attention again. His mom sighed and said, ‘Oh oh, oh no, you used the baby voice. Now you've offended him. He will want nothing to do with you for the rest of the day.'

“I worked with lots of Xolos from the dog show world. Show dogs are different than regular pets, so it was very challenging. For example, they don't learn to sit because they should not sit in the ring during competitions. They don't respond to stimuli the same way other pet dogs do.

“My work is always fun, at first, but I try to have deeper meaning to it as well. In this case, people react to the funny faces, the ugly faces (or what they think is ugly), but the series is also an interrogation: what do we do to nature, in this case, dog breeds? How can we manipulate breeds, animals, genetically and turn them into things, for our sole pleasure (that's the case for Chinese Crested dogs). Nature does a beautiful job already (Xolos). This series invites the viewer to go beyond the funny faces.” 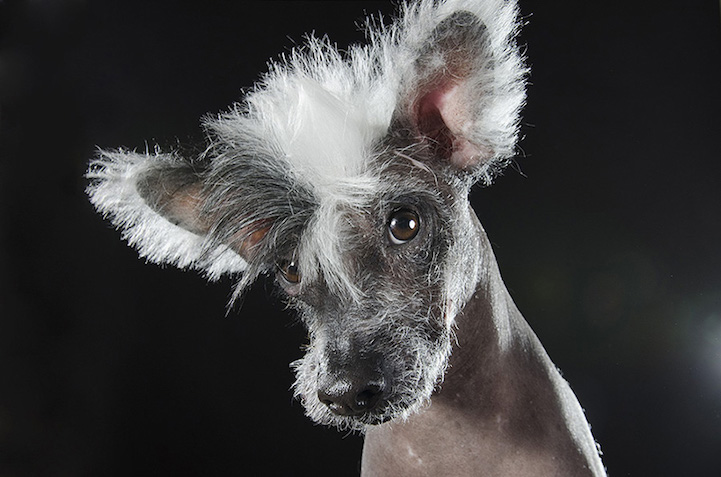 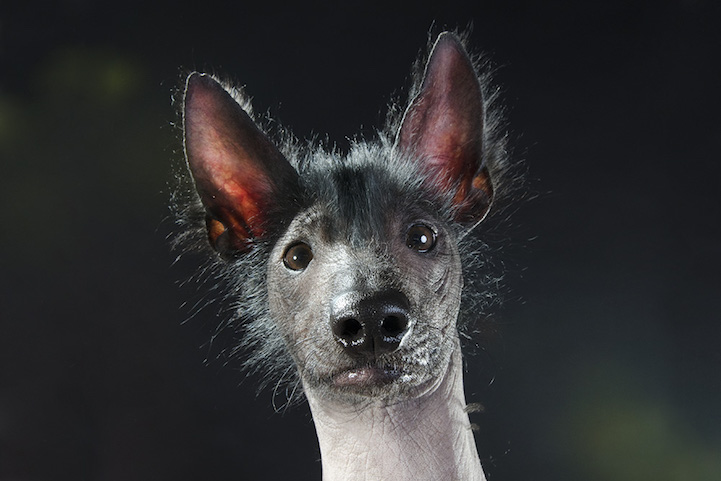 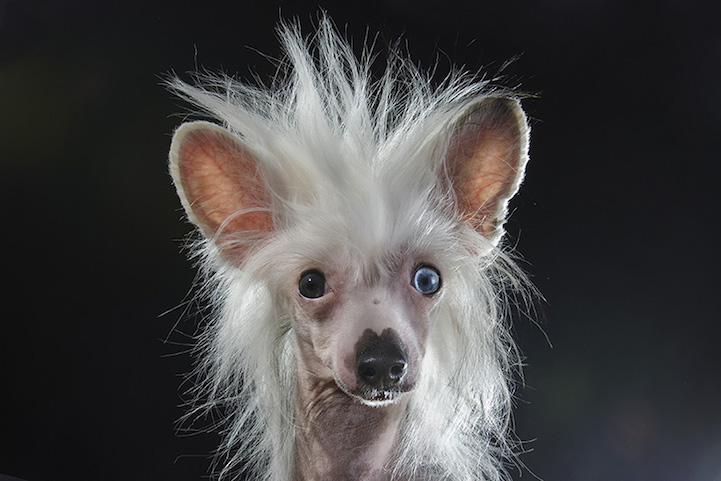 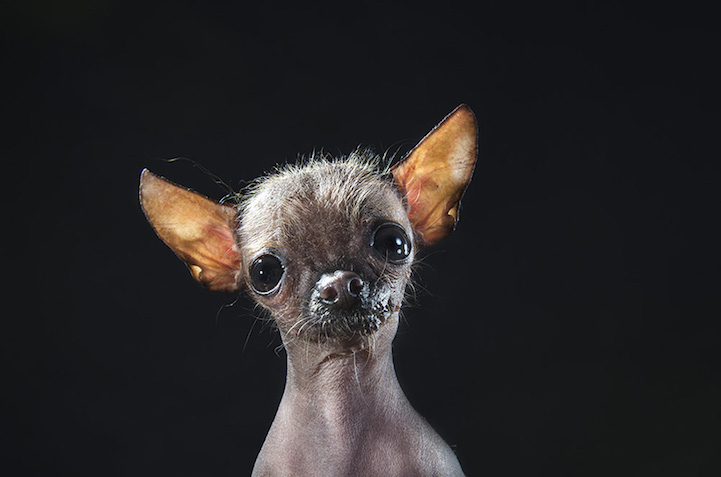 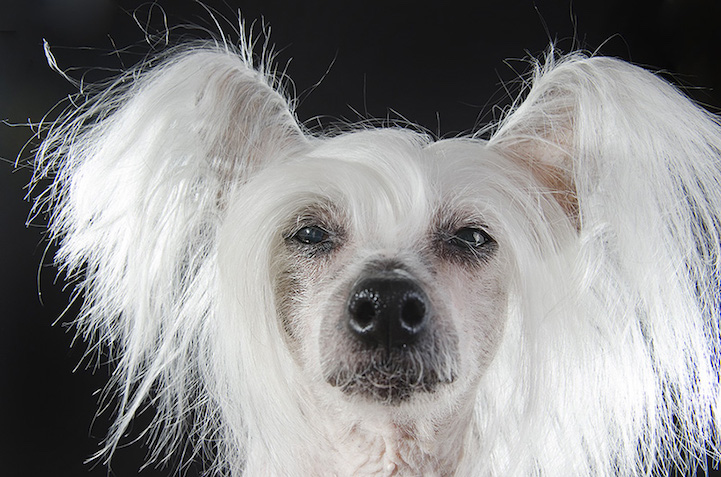 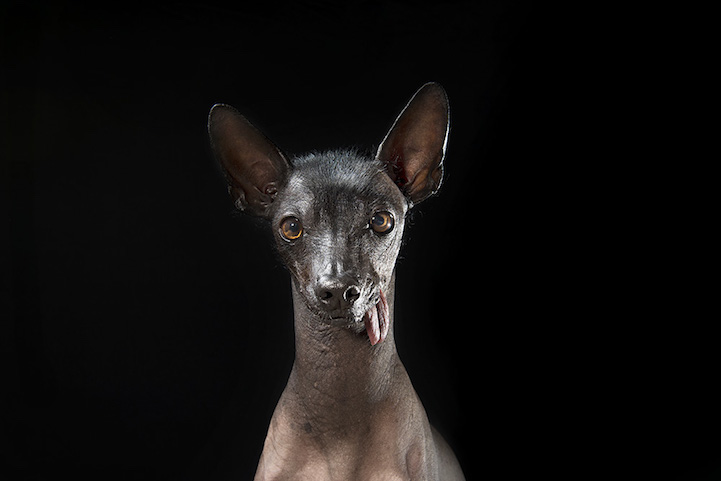 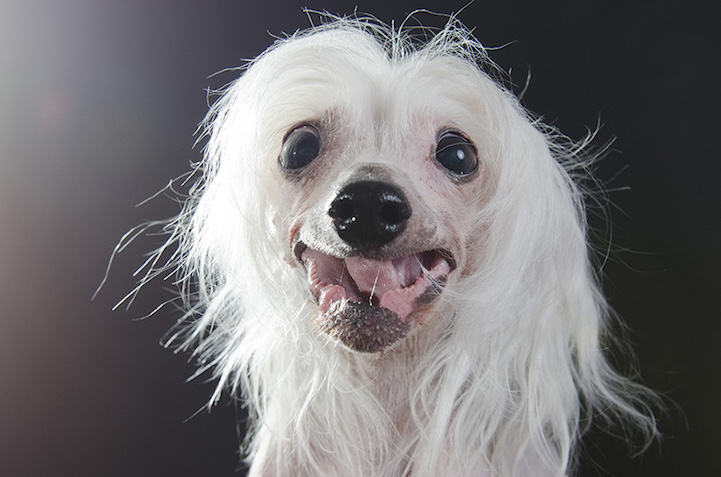 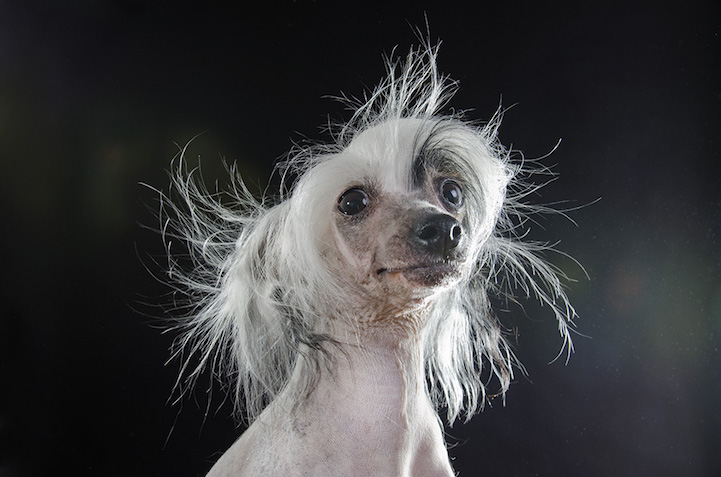 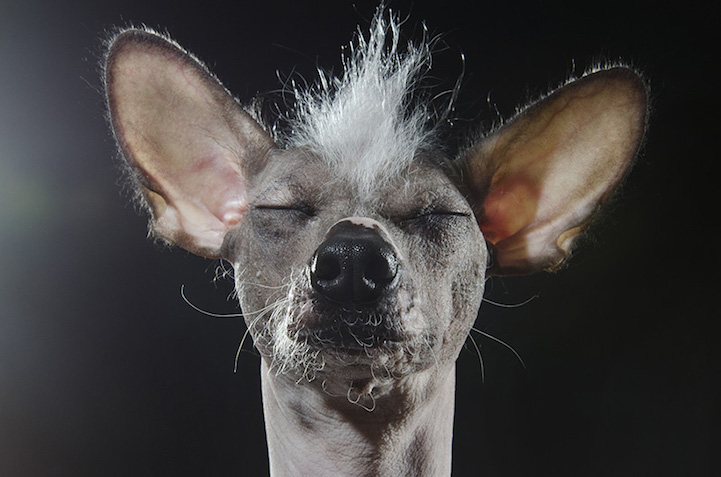