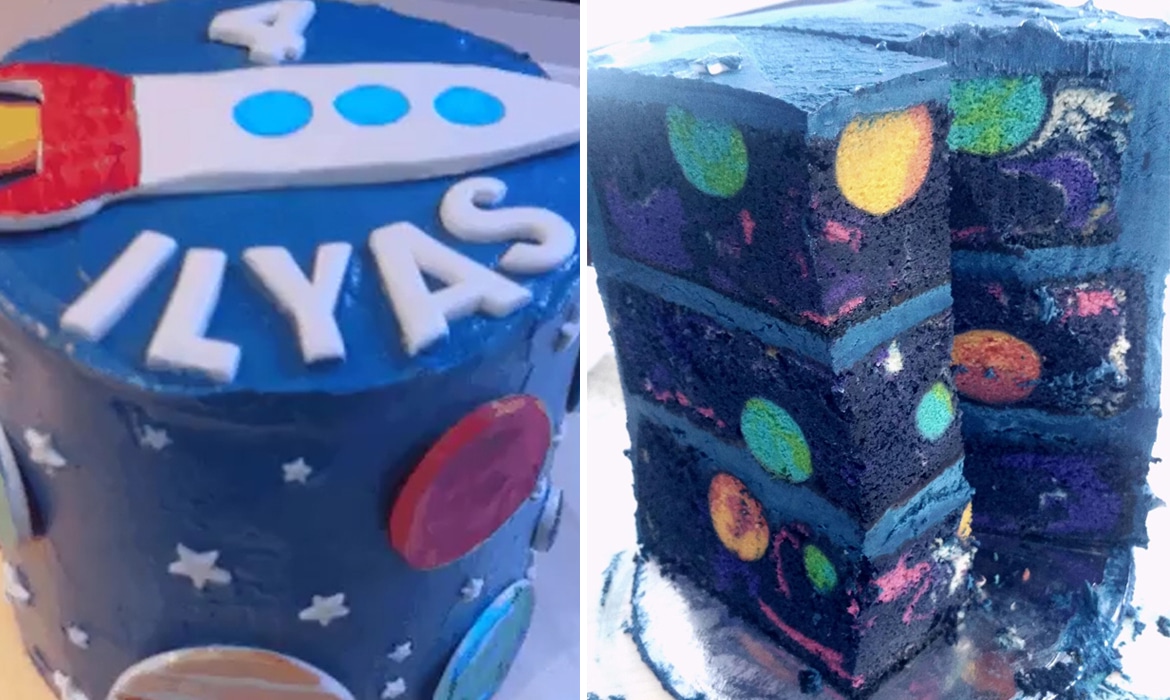 Want to make sure someone’s birthday out of this world? This spectacular dessert will do the trick! Naushee (aka Pedagiggle) created this multi-layered space birthday cake for her 4-year-old son, Ilyas, that’s as (inter)stellar inside as it on the outside. The exterior of the tall treat features hand-painted planets among the cosmos, while a rocket ship blasts off the top of the cake. If that’s not special enough, once you cut into it, a whole solar system is revealed—including Earth, Mars, and the mesmerizing swirl of the Milky Way.

To create this vanilla-flavored cake, the culinary mom had to employ some creative problem solving. “I wanted to make a galaxy/space cake that was space-y on the outside, but also space-y on the inside,” the baker explains. “I could not find a recipe so I had to improvise.” She started with a white cake recipe in order to have “true colors and white galaxy/Milky Way swirls.” Then, she dropped in food coloring for the green, blue, red, orange, and yellow, representing the planets and sun. These were fashioned into spheres with a cake pop mold and later incorporated into the swirling purple of the overall cake.

For more information on how to create your own space birthday cake, check out the full instructions on Imgur.

Here's the space birthday cake from the outside…

…and its spectacular inside! 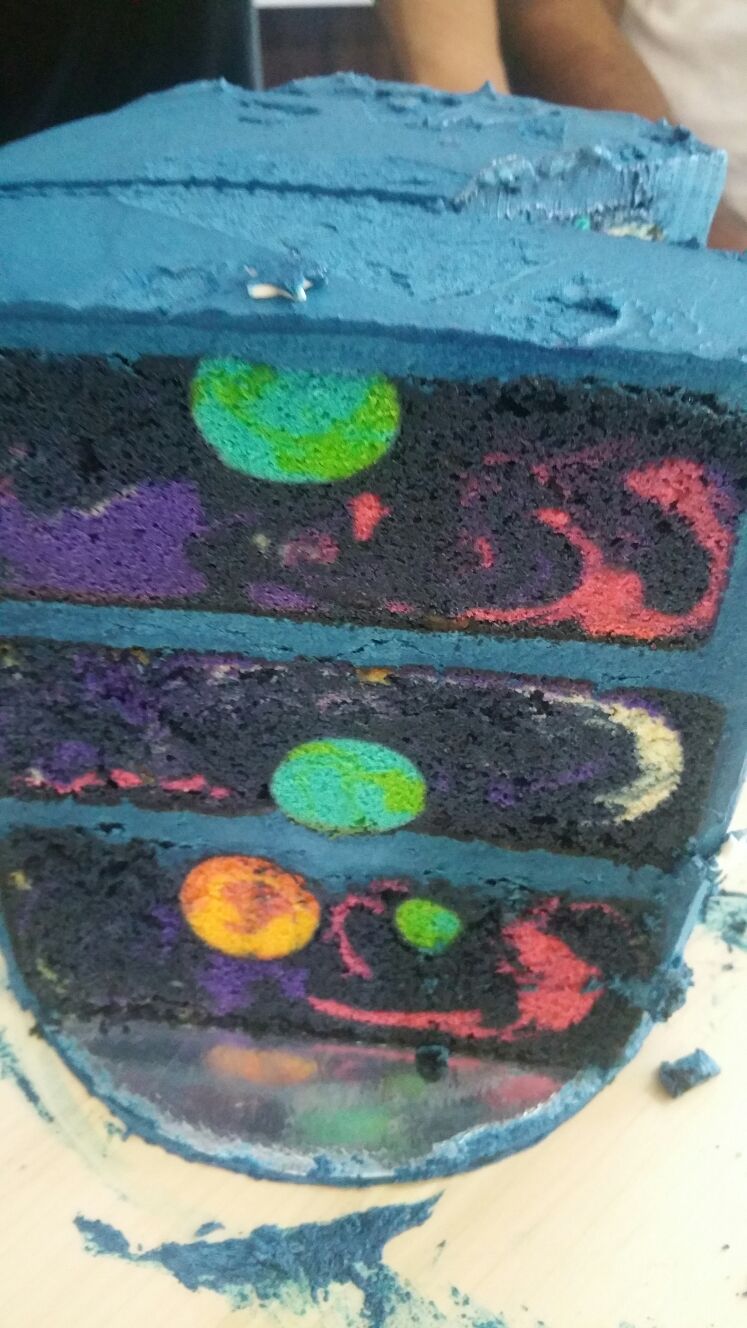 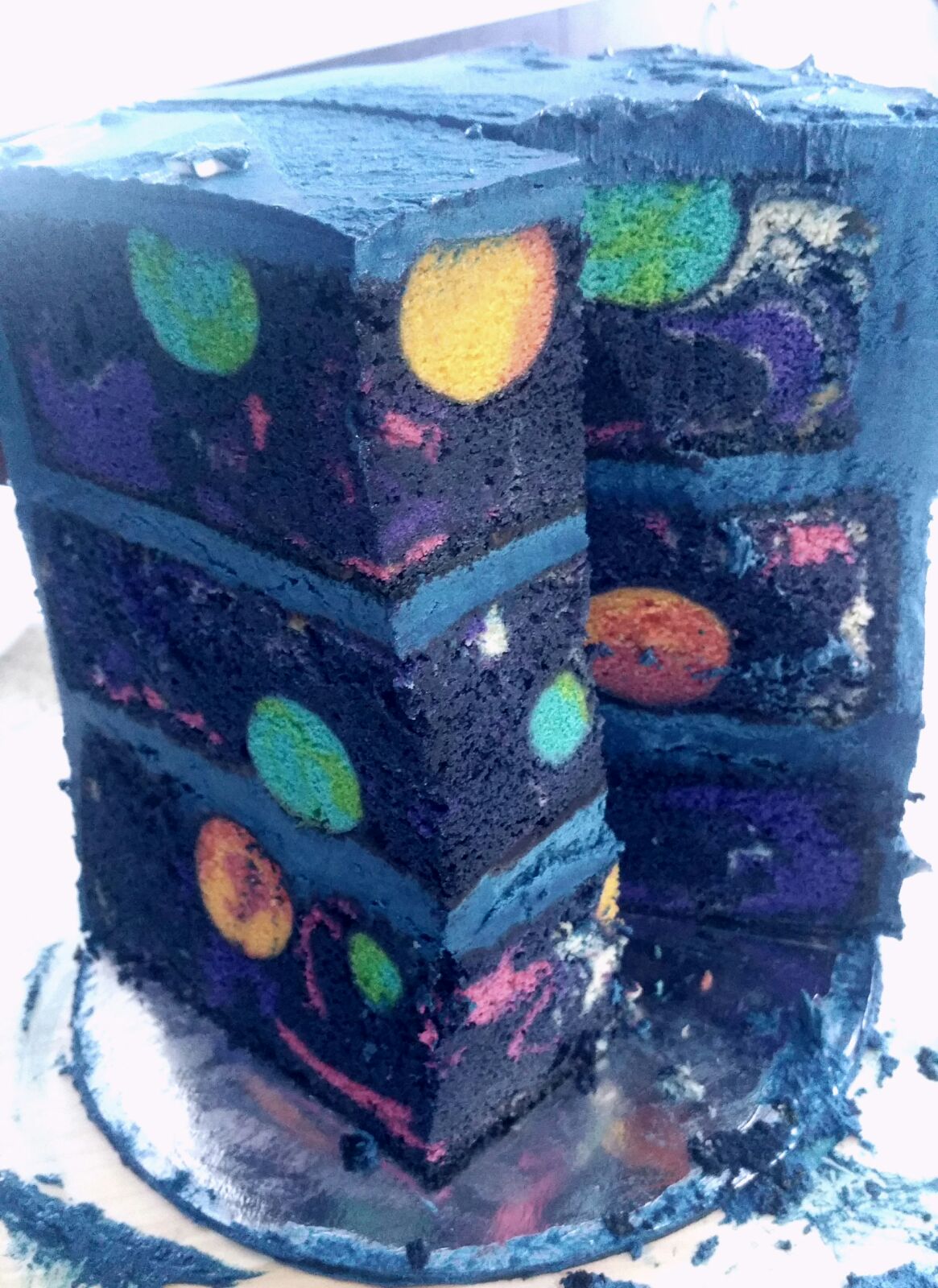