The World Pays Tribute to the Legacy of Stephen Hawking 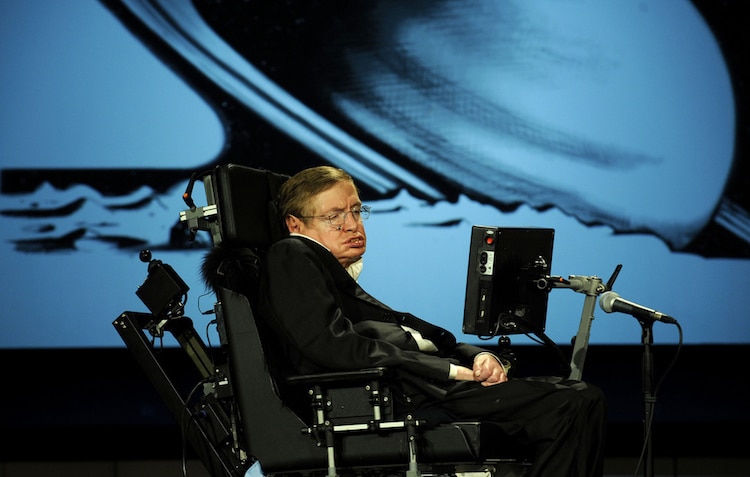 The world lost one of its brightest lights on March 14, 2018, when Stephen Hawking passed at the age of 76. The Cambridge University professor was one of the greatest scientific minds of our time, spending his life pondering the cosmos and human origins, doing so with extreme curiosity and humor.

Author, professor, and lecturer, Hawking also sprinkled in occasional film and television appearances throughout his life, bringing his love of science to a wider public. “Not since Albert Einstein has a scientist so captured the public imagination and endeared himself to tens of millions of people around the world,” said Michio Kaku, a professor of theoretical physics at the City University of New York.

While Hawking first came into mainstream popularity with his book A Brief History of Time, his subsequent appearances in pop culture—everything from Star Trek: The Next Generation and The Simpsons to The Big Bang Theory, also showed off his sparkling sense of humor. He'll be remembered not only for his contribution to theoretical physics and as an advocate for the disabled, but also as someone who lived life to the fullest and made good use of the opportunities presented to him.

Acting NASA administrator Robert Lightfoot released a moving statement summarizing just what Hawking's contributions meant to the world. “Stephen’s breakthroughs in the fields of physics and astronomy not only changed how we view the cosmos, but also has played, and will continue to play, a pivotal role in shaping NASA’s efforts to explore our solar system and beyond. Along with groundbreaking and inspiring work came another attribute that made Stephen a hero not just to younger generations, but also to his peers. A longtime friend to NASA, Stephen was a passionate communicator who wanted to share the excitement of discovery with all. His loss is felt around the world by all he inspired with his work and his personal story of perseverance.”

“My goal is simple. It is a complete understanding of the universe, why it is as it is and why it exists at all.”

“For millions of years, mankind lived just like the animals. Then something happened which unleashed the power of our imagination. We learned to talk and we learned to listen. Speech has allowed the communication of ideas, enabling human beings to work together to build the impossible. Mankind's greatest achievements have come about by talking, and its greatest failures by not talking. It doesn't have to be like this. Our greatest hopes could become reality in the future. With the technology at our disposal, the possibilities are unbounded. All we need to do is make sure we keep talking.”

“Remember to look up at the stars and not down at your feet. Try to make sense of what you see and wonder about what makes the universe exist. Be curious. And however difficult life may seem, there is always something you can do and succeed at. It matters that you don't just give up.”

“We are just an advanced breed of monkeys on a minor planet of a very average star. But we can understand the universe. That makes us something very special.” 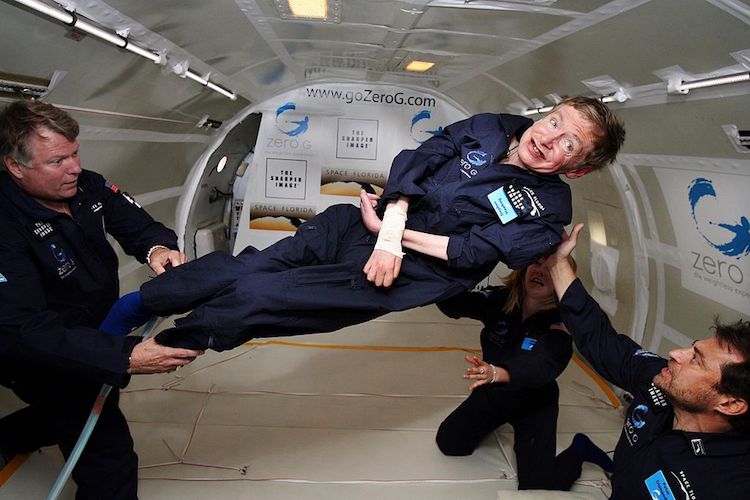 “However bad life may seem, there is always something you can do, and succeed at. While there's life, there is hope.”

“Life would be tragic if it weren’t funny.”

“My expectations were reduced to zero when I was 21. Everything since then has been a bonus.”

“However bad life may seem, there is always something you can do, and succeed at. While there's life, there is hope.”

“Although I cannot move and I have to speak through a computer, in my mind I am free.”

“The greatest enemy of knowledge is not ignorance, it is the illusion of knowledge.” #StephenHawking pic.twitter.com/H6aIG6hzPE

Watch Hawking's 2008 TED Talk, where he discusses why it's important to question the universe.

Here are some of the tributes that have flooded the internet since Hawking's passing on March 14, 2018.

Remember to look up at the stars and not down at your feet. 💫 #StephenHawking #RIPStephenHawkinghttps://t.co/gd2yEkDPja pic.twitter.com/rKLGjInAUa

Tribute to #StephenHawking, the man who understood the origin of universe. My SandArt at Puri beach in odisha . pic.twitter.com/Idl4G8QwBv

“Remember to look up at the stars and not down at your feet. Try to make sense of what you see and wonder about what makes the universe exist. However difficult life may seem, there is always something you can do and succeed at, It matters that you don't give up.” -Stephen Hawking • I don't know Stephen Hawking personally but like most people, I know that he has a good sense of humor and that he is one of the great minds of our time that contributed in the advancement of cosmology. RIP Mr. Hawking. May you able to explore the universe freely now without the burden of mortality and let your brilliance shine brightly among the stars. Condolences to his family. • #art #StephenHawking #RIPStephenHawking #illustration #artist #draw #drawing #doodle #sketch #ink #dailyart #artfido #art_whisper #art_collective #art_gallery #art_empire #hawking #drawing #art_sanity #arts_help #art_motive #art_help #dailyarts #artistic_unity_ #duende_arts_help #artdaily #worldofartists #artshub #sketch_daily #pinoy #pentasticarts

I still remember those days when I used to eagerly wait for the next episode of ” Into the Universe with Stephen Hawking”….in Discovery channel. A small tribute to one of the greatest minds of our time “Sir Stephen Hawking (1942 -2018)”. Rest in peace sir. Watercolor on paper. #stephenhawking #restinpeace #physicist #discovery #tribute #inspirational #painting #watercolor

‘I’m not afraid of death, but I’m in no hurry to die. I have so much I want to do first.’ – Stephen William Hawking CH CBE FRS FRSA #stephen #hawking #stephenhawking #restinpeace #rip #restinbrilliance #physics #physicist #thetheoryofeverything #changemaker