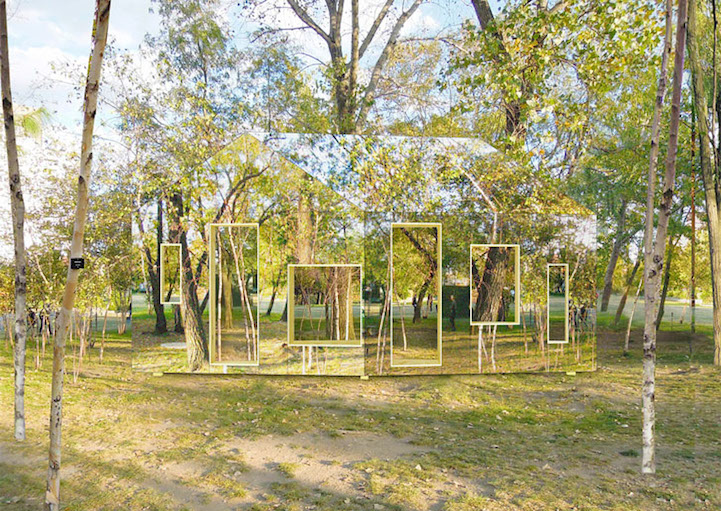 In a seamless integration of architecture and nature, New York design practice STPMJ has come up with the Invisible Barn, a site-specific architectural folly that reflects and merges with the surrounding landscape. Originally submitted as a proposal to the popular Folly competition (sponsored by the Architectural League of New York and Socrates Sculpture Park), the parallelogram-shaped structure was designed to stand in a dense grove of trees in the Socrates Sculpture Park. Made of wood and sheeted with mirror film, the barn becomes one with nature, reflecting the surrounding birch trees, blue sky, and signs of the changing seasons.

Viewed from a distance, the structure appears almost invisible, erasing its manmade architectural presence. Upon approaching the building, however, viewers can see incisions in the mirrored surface that allow them to maneuver in and out of the structure, adding a unique sense of interaction and experience.

According to the architects, the Invisible Barn is meant to re-contextualize the landscape of the park by projecting the surrounding scenery onto the surface of the structure. The project description reads, “The visual illusion that blurs the perceptual boundary between the folly and the site, allows the folly to be disappeared and invisible in nature, reconstructing the landscape of the site.” 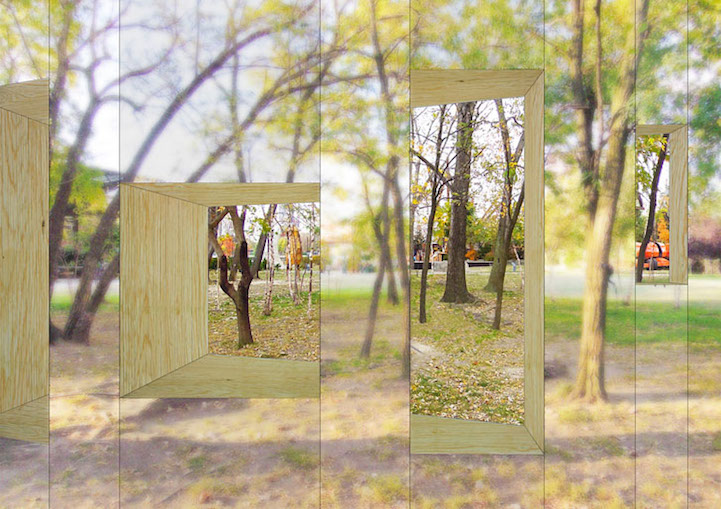 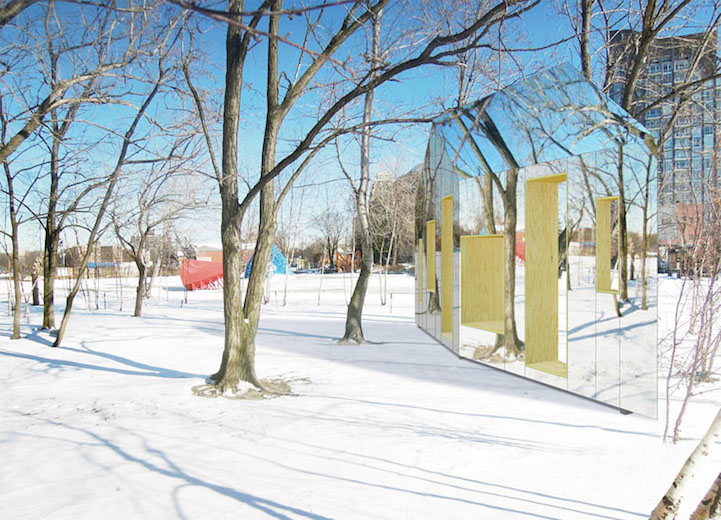 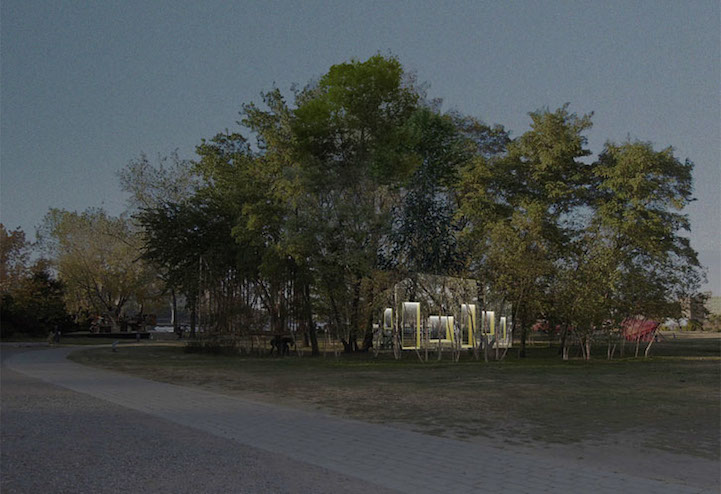