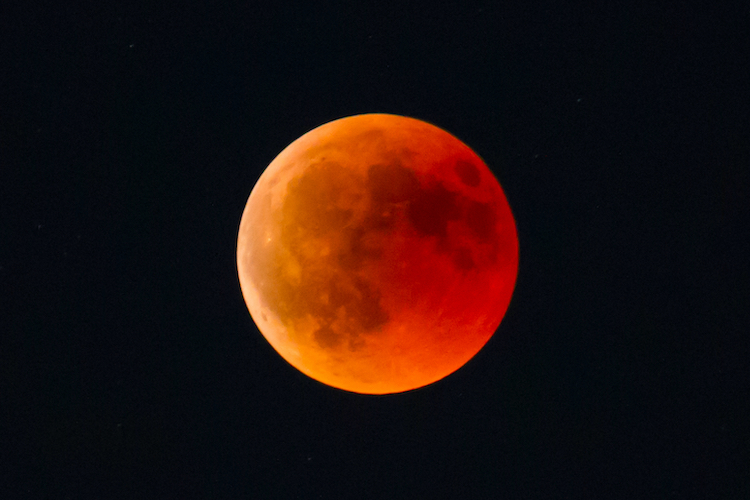 You may have caught a glimpse of the Super Pink Moon at the end of April 2021, but if you missed the nighttime phenomenon, there’s another chance to see a supermoon coming up. On May 26, 2021, countries around the Pacific Rim—including much of western North America and Australasia—will get to witness the breathtaking “Super Blood Moon.”

Also known as the Full Flower Moon (since flowers tend to bloom in May), it will be the first total lunar eclipse since January 2019. A total lunar eclipse occurs when the Moon is fully obscured by Earth’s shadow, giving it a reddish hue. On May 26, The Moon will also be slightly closer to Earth than it was in April, making it appear around 7% larger and 15% brighter than standard full moons. This rare combination of events is why it’s called Super Blood Moon.

If you miss May's Super Blood Moon, you'll have another chance to see a supermoon on June 24. The Super Strawberry Moon will be entirely visible for observers in eastern Africa, the Middle East, southern Asia, and Australia.

On May 26, 2021, countries around the Pacific Rim will get to witness the breathtaking “Super Blood Moon.”