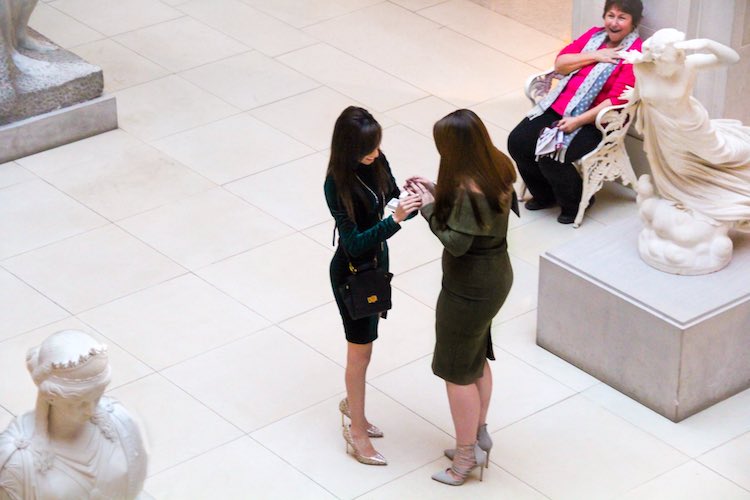 When law student Jessica Rodriguez proposed to her girlfriend Chelsea Miller, they never expected their engagement to go viral. But thanks to the reaction of one stranger, the two have seen an outpouring of support from around the world. The couple, who live in Chicago, got engaged in the Art Institute of Chicago museum among the classical sculptures. Rodriguez had photographer Eduardo Sanchez Perry capture the unforgettable moment on camera. Although the two stylish women are the stars of this picture, Perez also caught the bystander’s reaction, and it's so sweet that it can’t be ignored. Watching the entire scene unfold before her eyes, the stranger smiles with a joy that's so radiant, it's palpable.

Rodriguez’s younger brother Carlos shared the now-famous photograph on Twitter with the message, “My sister proposed to her GF today and look at that older woman's reaction.” This began a deluge of over 111,000 retweets with people loving her response. “I am the old woman,” Twitter user @theFlemface said.

Rodriguez was so wrapped up in the engagement that she didn’t notice the woman was there until after she looked at the photos. “I loved her reaction! Whoever she is, we are so thankful of her pure reaction,” Rodriguez told BuzzFeed. “She made our moment even more special!” Carlos echoed his sister’s statements, adding, “I am just so happy that a positive LGBT photo went viral. It’s not every day something like this has such [a] positive reaction to the general public.” 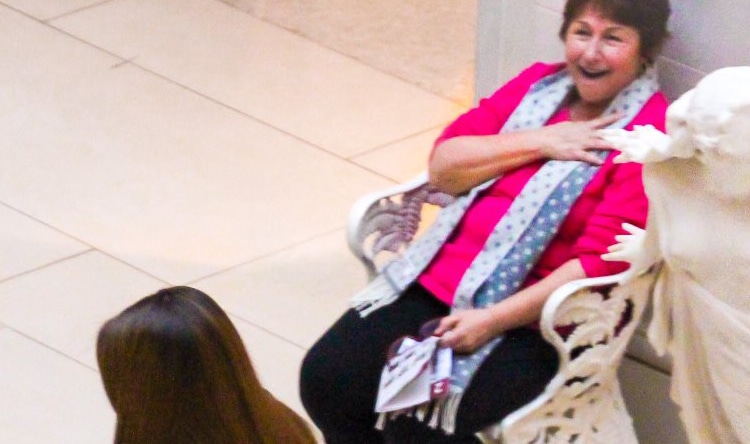 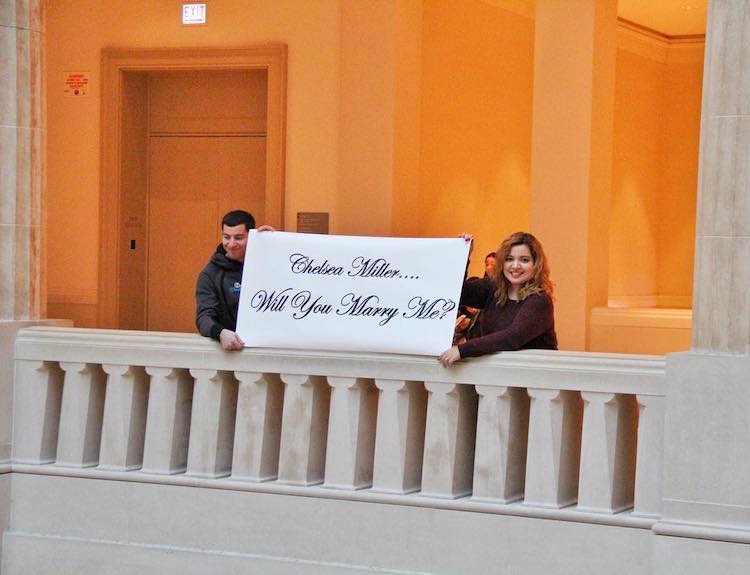 The sign from the engagement.
Photo credit: Eduardo Sanchez Perry

Here's the happy couple after the engagement. Congratulations! 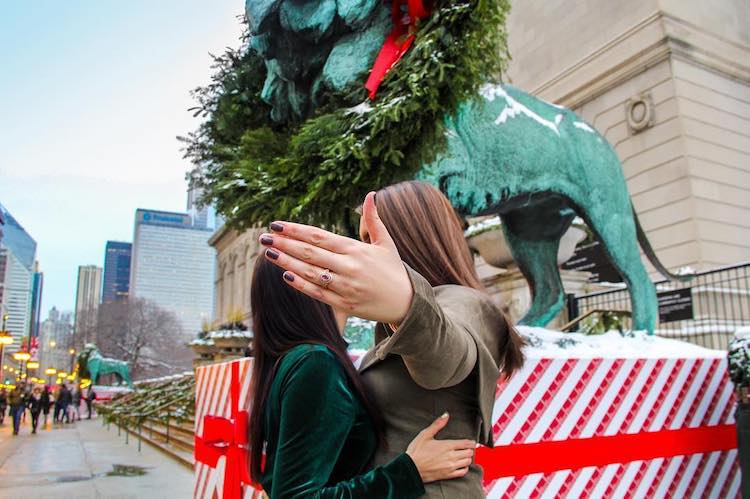 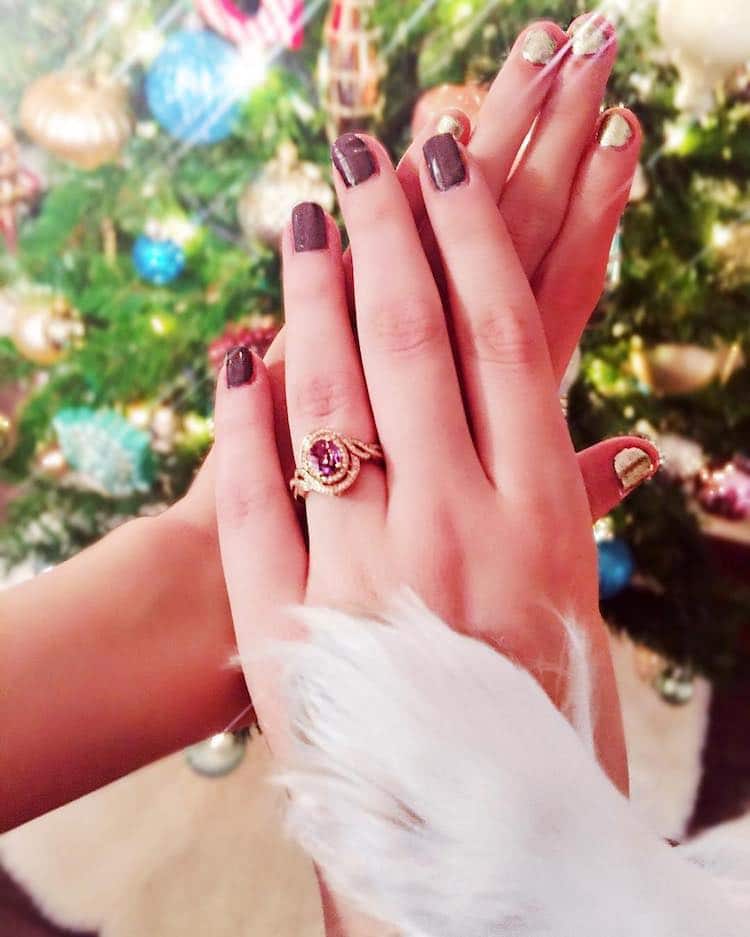 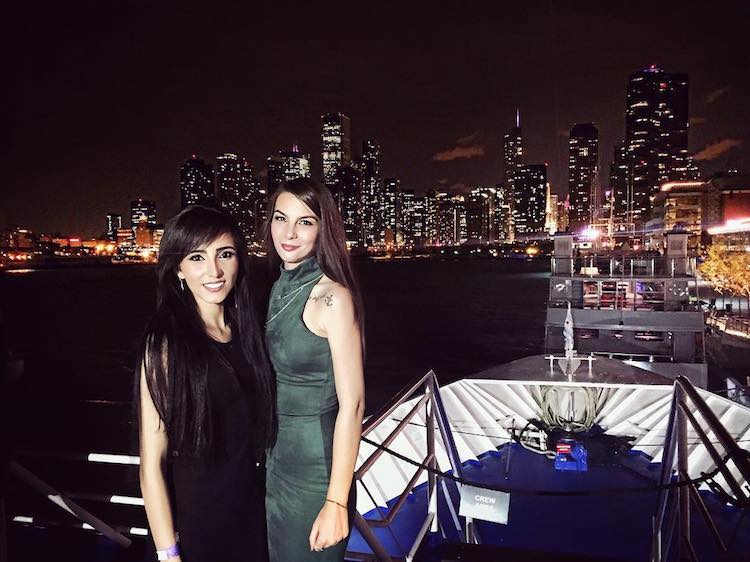 All images via Jessica Rodriguez unless otherwise stated.