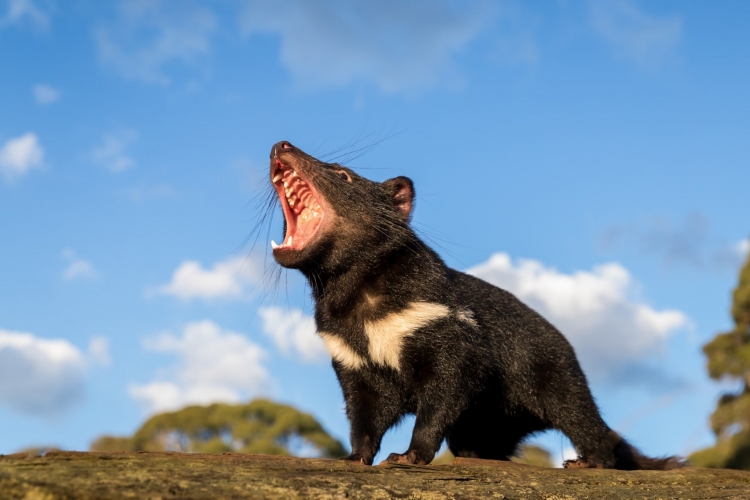 For many, the first thing that comes to mind when thinking of Tasmanian devils is the iconic Looney Toons character (Taz) constantly wreaking havoc in the popular cartoons. Though they can be somewhat vicious and loud when feeding, Taz’s real-life counterparts actually bear little resemblance to the chaotic character. In fact, the species as a whole has been struggling with a steadily decreasing population over the last several decades—which has earned them a spot on the United Nations’ Red List as one of Earth’s endangered species.

With fewer than 25,000 devils estimated to remain in the wild—found only on the island state of Tasmania after its disappearance from mainland Australia—conservationists have rightly been concerned about the continuation of the species. To make matters worse, much of its remaining wild population is frequently lost to a highly contagious transmissible cancer common among the species called Devil Facial Tumour Disease (DFTD). Experts estimate that the illness has caused up to a 90% decline in the wild devil population.

Despite that sobering information, there has been a recent flurry of good news concerning the Tasmanian devils. Twenty-six adult devils, including seven reproductive females, were introduced into Aussie Ark’s Barrington Wildlife Sanctuary in New South Wales back in 2020. Now, just months later, conservationists have announced the birth of seven devil joeys—the first to be born on mainland Australia in 3,000 years.

This new development is cause for celebration, as the original introduction of the devils into the sanctuary forms part of an organized effort to preserve the species and restore it to its former habitat on the mainland. These actions are performed by the conservation groups Aussie Ark, Re:wild, and WildArk, who have been working in collaboration on the project. The birth of these joeys is an important milestone and a sign of hope that a viable population can be rehabilitated on the continent.

“We have been working tirelessly for the better part of 10 years to return devils to the wild of mainland Australia with the hope that they would establish a sustainable population,” comments Tim Faulkner, president of Aussie Ark. “Once they were back in the wild, it was up to them, which was nerve-wracking. We had been watching them from afar until it was time to step in and confirm the birth of our first wild joeys. And what a moment it was!”

To learn more about the Aussie Ark and its conservation efforts, visit the organization’s website. You can also help support their mission to rewild Australia and preserve the Tasmanian devil by giving a donation.

The Tasmanian devil is an endangered species that disappeared from mainland Australia thousands of years ago. 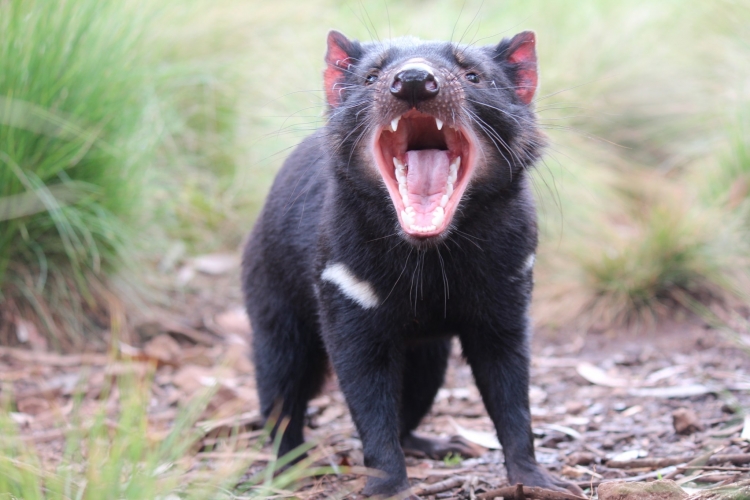 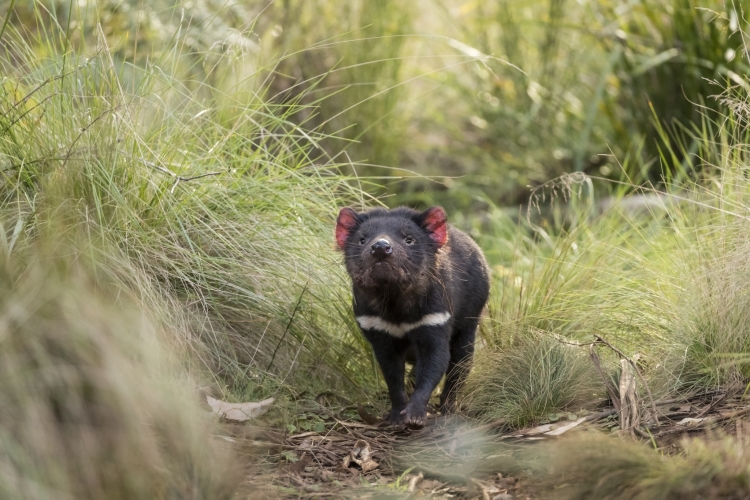 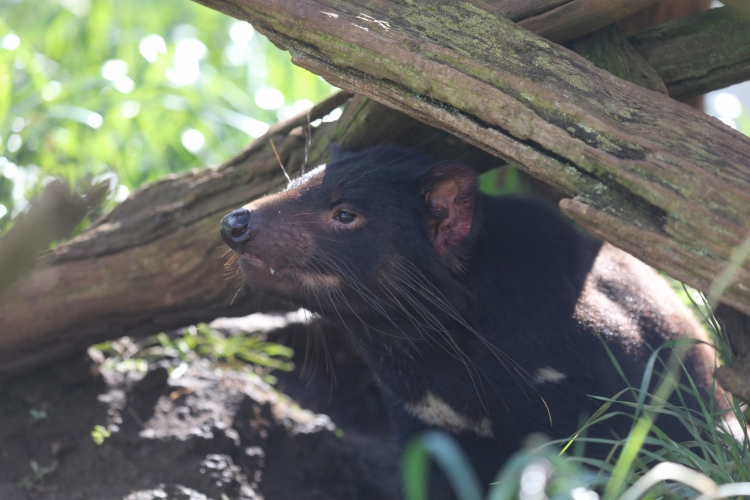 Conservation organization Aussie Ark recently released 26 devils on the mainland to preserve and restore the species to its once-native habitat. 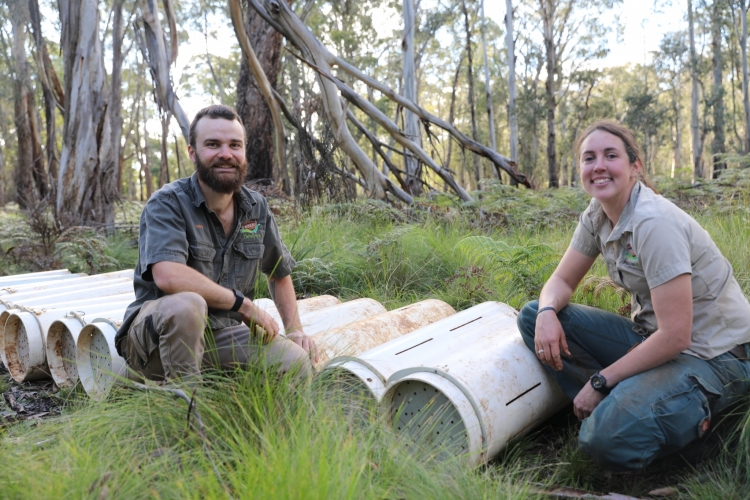 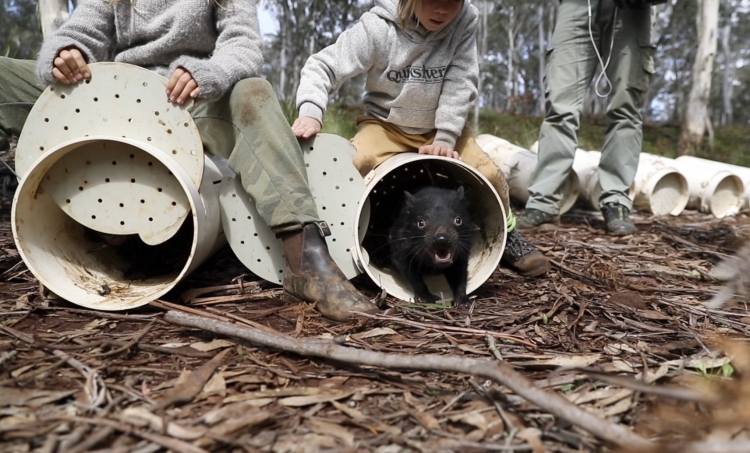 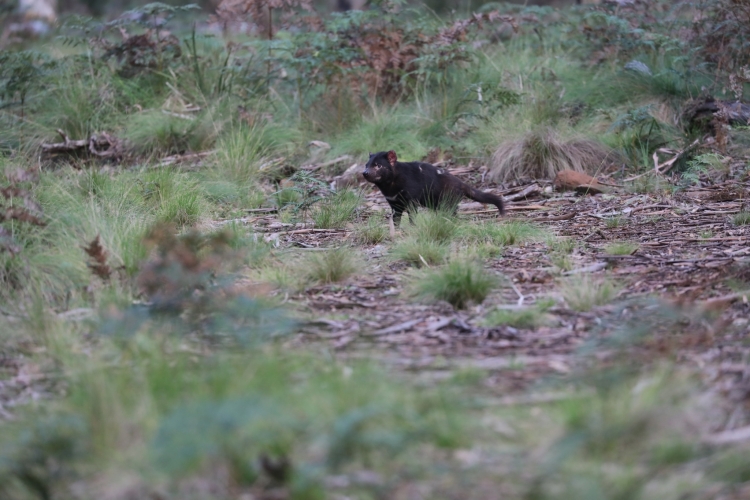 Just months later, they announced the births of seven Tasmanian devil joeys—the first to be born on mainland Australia in 3,000 years. 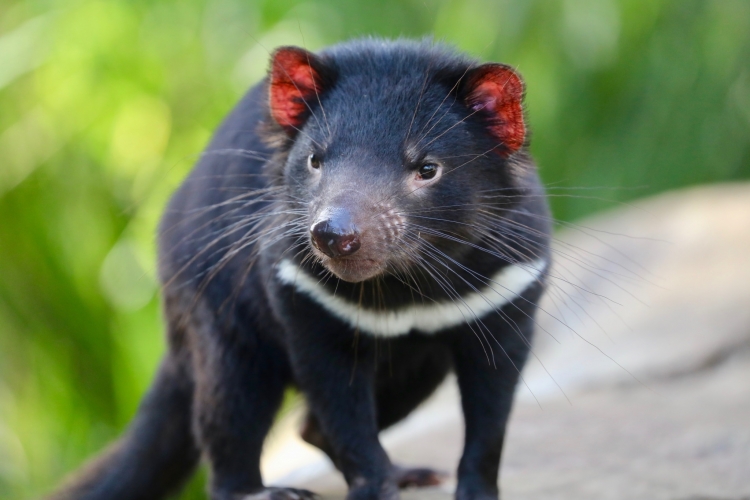 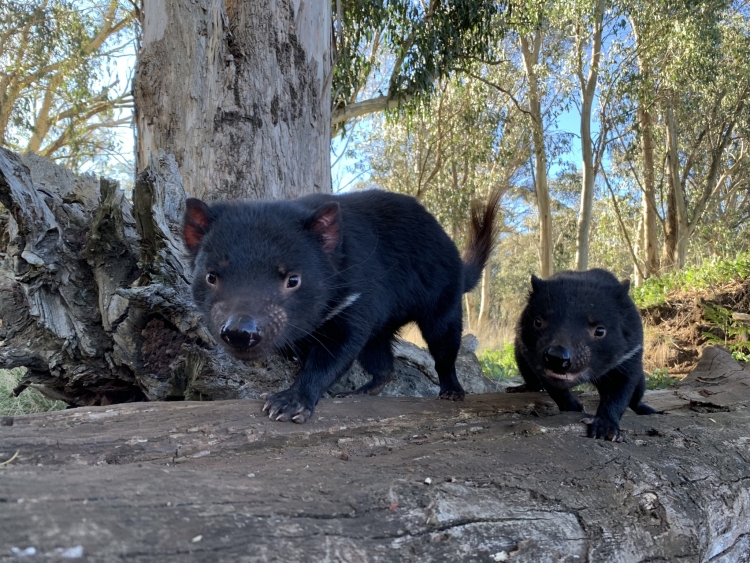 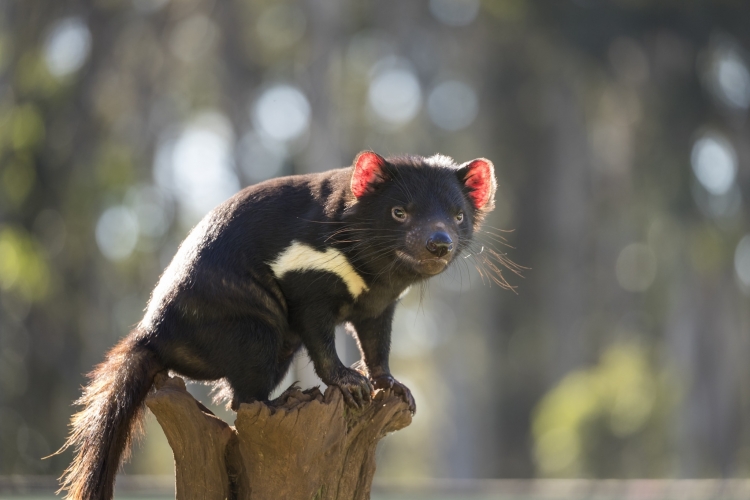 Watch this video to learn more about the exciting births!

All images via Aussie Ark.