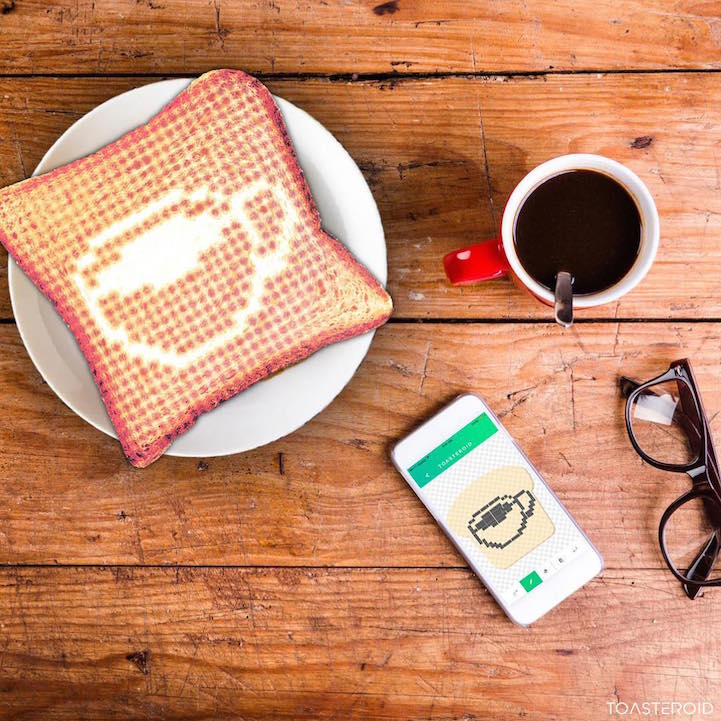 Tired of eating the same boring, plain toast with butter every morning for breakfast? Toasteroid‘s “smart-toaster” lets you create your own designs that bake right onto the bread as it toasts. Just download the Toasteroid mobile app, connect your smartphone to Bluetooth, pop your bread in the silver sleek companion toaster, and you are ready to start designing your one-of-a-kind toast. Users can select either Toasteroid templates or doodle their own toast-worthy image.

Mornings can be tough for some, so Toasteroid's mission is to brighten everyone's spirits first thing upon waking. The DIY design factor supports creativity. Mostly, the company wants to connect families and friends in a fun and quirky way—the Toasteroid even includes a “secret” messenger system that texts loved ones messages only readable on toast. In an email, Toasteroid also tells us that they have plans in the future to make a greater impact and contribute to communities by “raising awareness for childhood attention disorders and providing nourishment to the impoverished.” Mornings, for everybody, will never be the same.

Currently, Toasteroid is running a Kickstarter campaign that already has over 700 backers. Their smart toasters are now on pre-order.

Once you have the Toasteroid app… 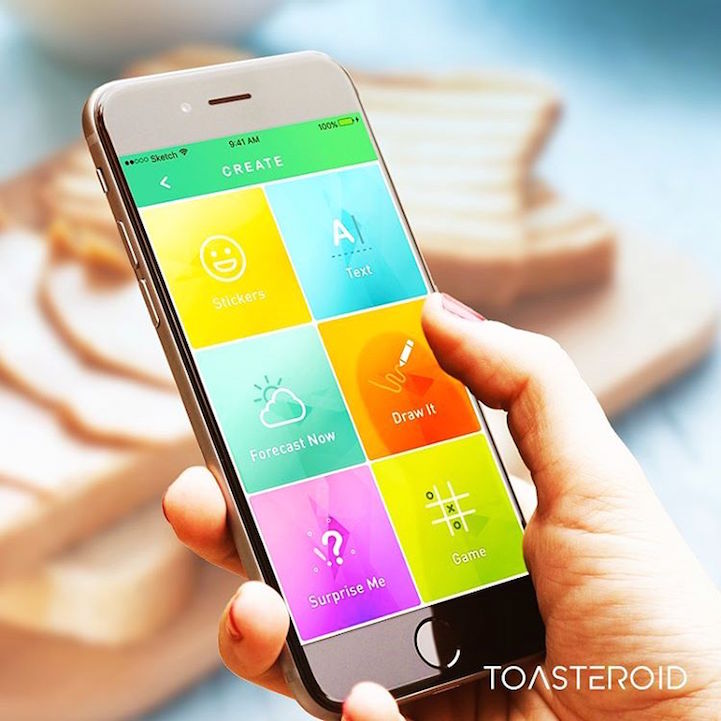 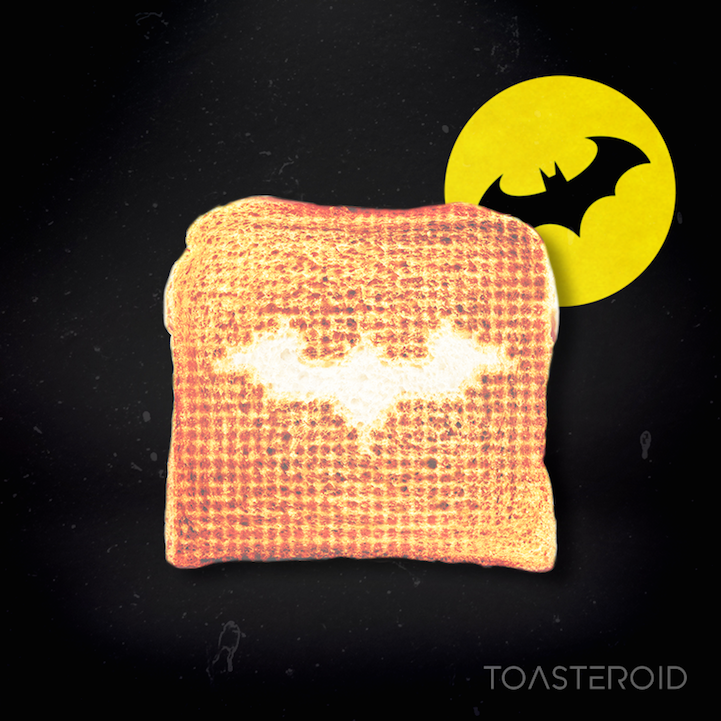 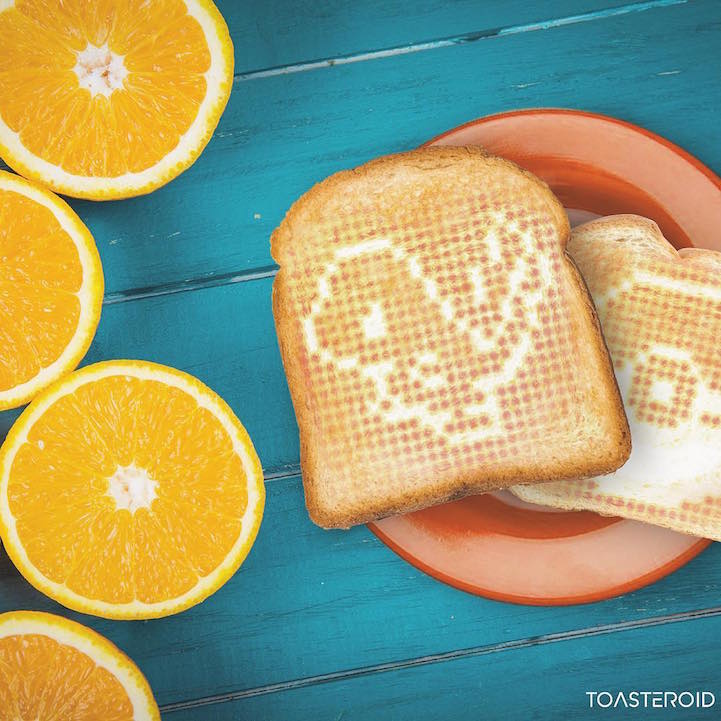 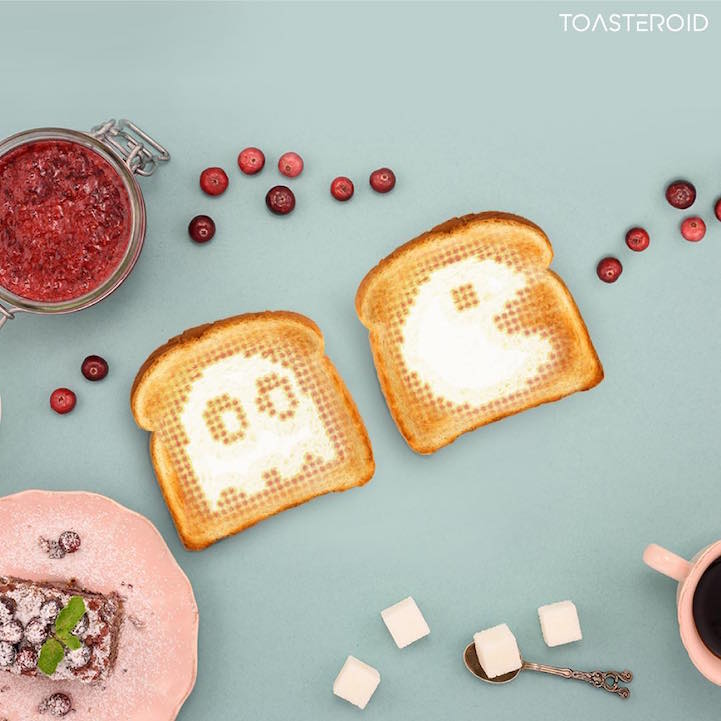 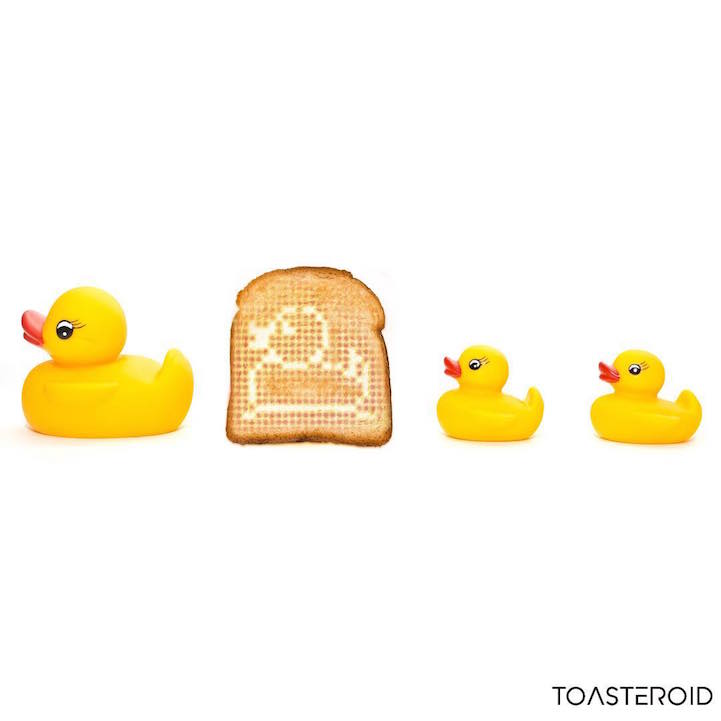 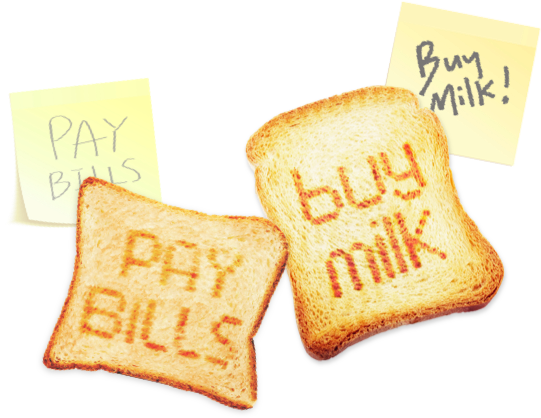 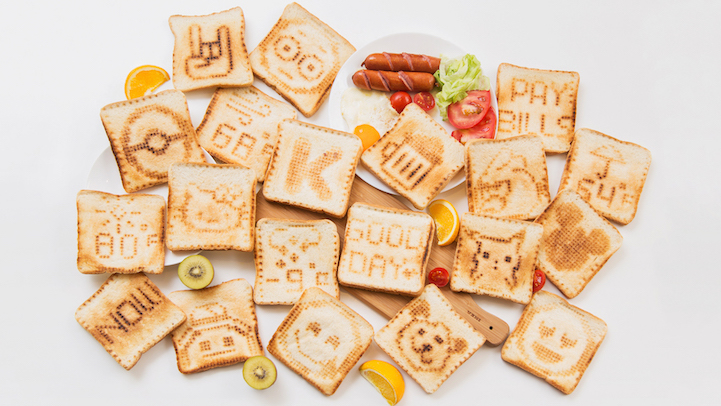 And POP!!! Enjoy your custom-made toast. 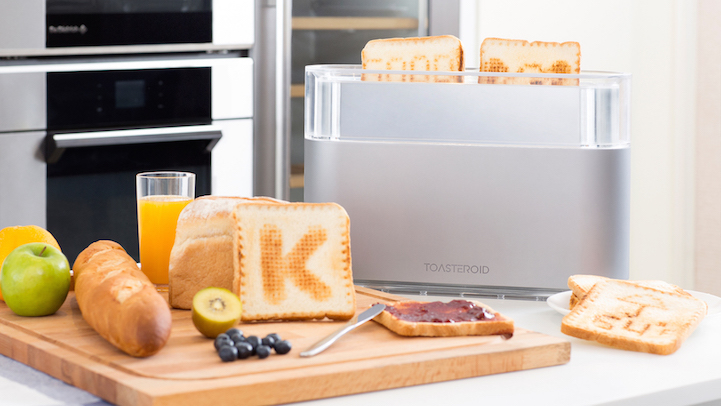 My Modern Met granted permission to use photos by Toasteroid.