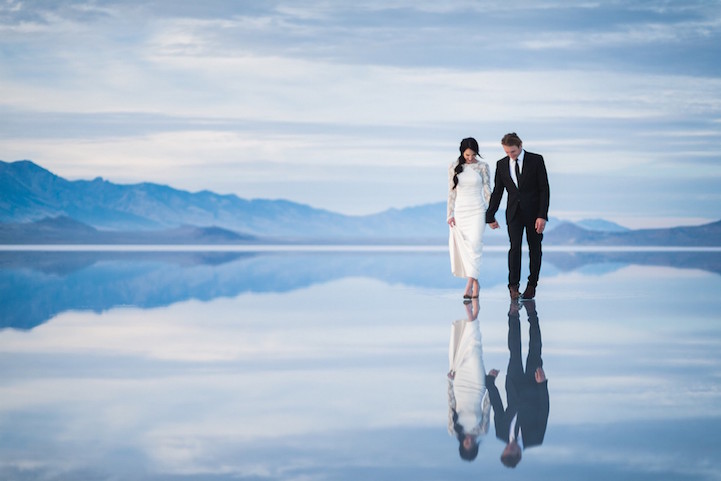 We've shown some beautiful wedding photography on My Modern Met before, but this one takes the cake as the most stunningly surreal. When rain covers the ground with water, Bonneville Salt Flats in Utah, like the famous Salar de Uyuni in Bolivia, gives off the amazing illusion of people walking on water. The reflective surface acts like a giant mirror.

Though couple Ethen and Heather had their wedding in Salt Lake City, they decided to shoot their romantic newlyweds photo session at the Bonneville Salt Flats. The conditions made it a chance of a lifetime for photographer Tony Gambino who claims he had never been more excited about shooting a wedding in his entire career.

As he wrote on his website, “When Ethen & Heather approached me about doing their wedding, I was completely blown away. I have been a fan of Ethen's work with MTV, Nitro Circus and The Godfrey Clan for a long time! Then, when I found out that we would be able to shoot their portraits at the Bonneville Salt Flats in Utah, I had never been more excited about a wedding in my entire career! We showed up at the salt flats, and I couldn't believe that we came across an entire section that was covered with water. It was one of the most surreal experiences of my life, the water reflecting the mountains and sunset was incredible. We were all absolutely giddy!” 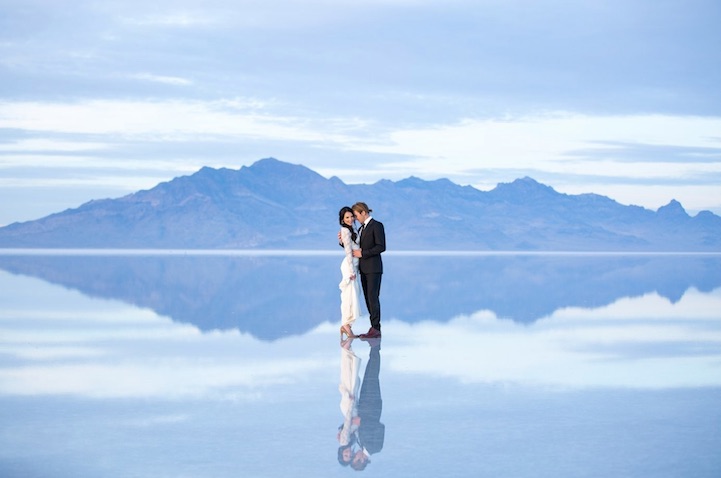 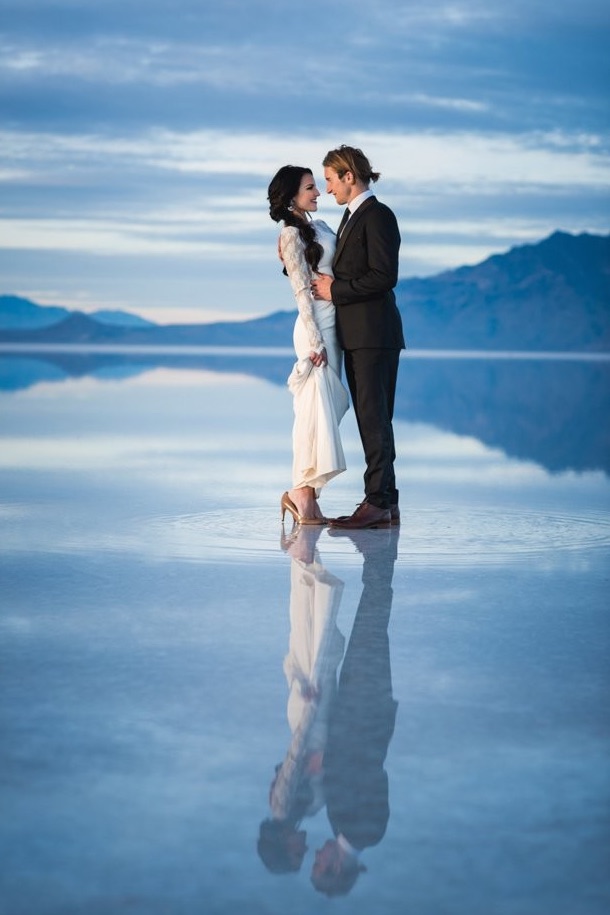 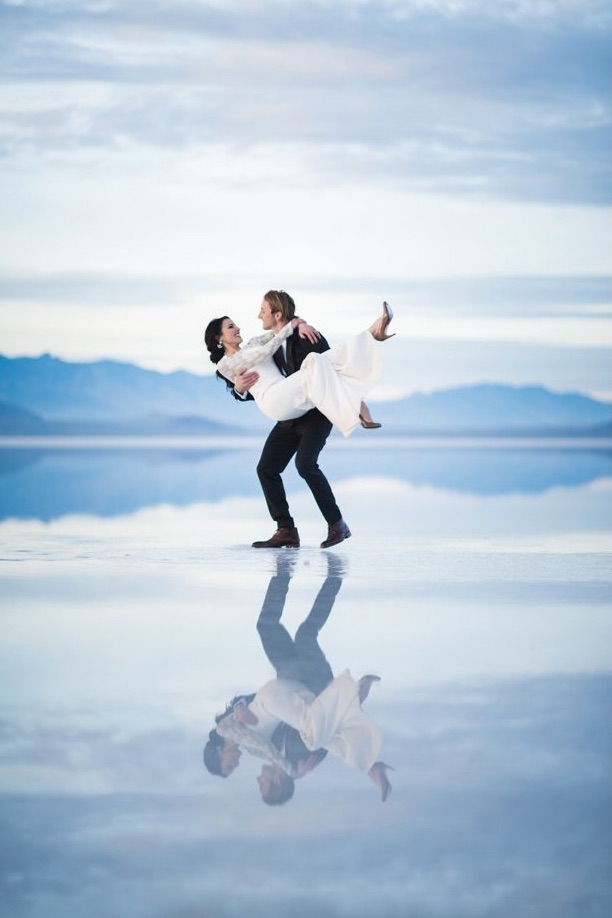 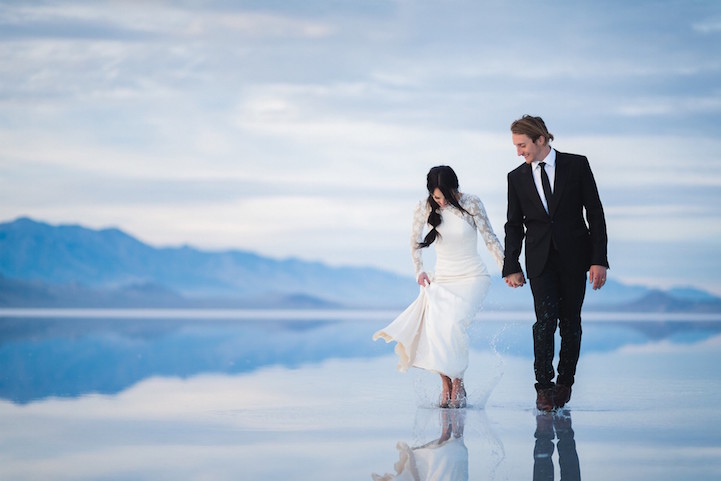 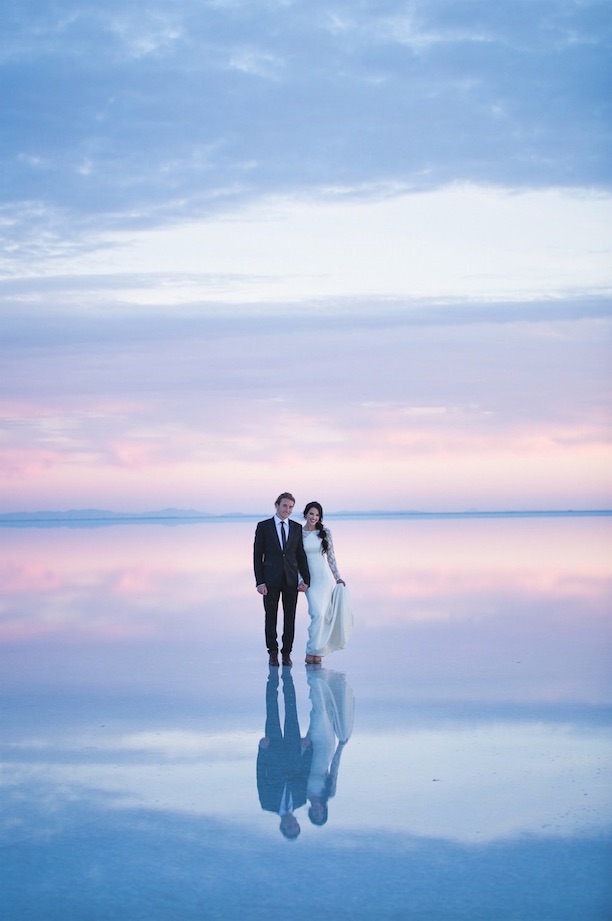 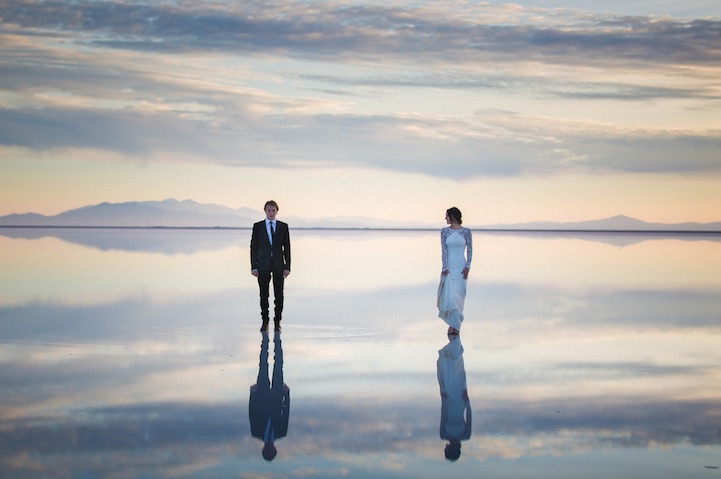 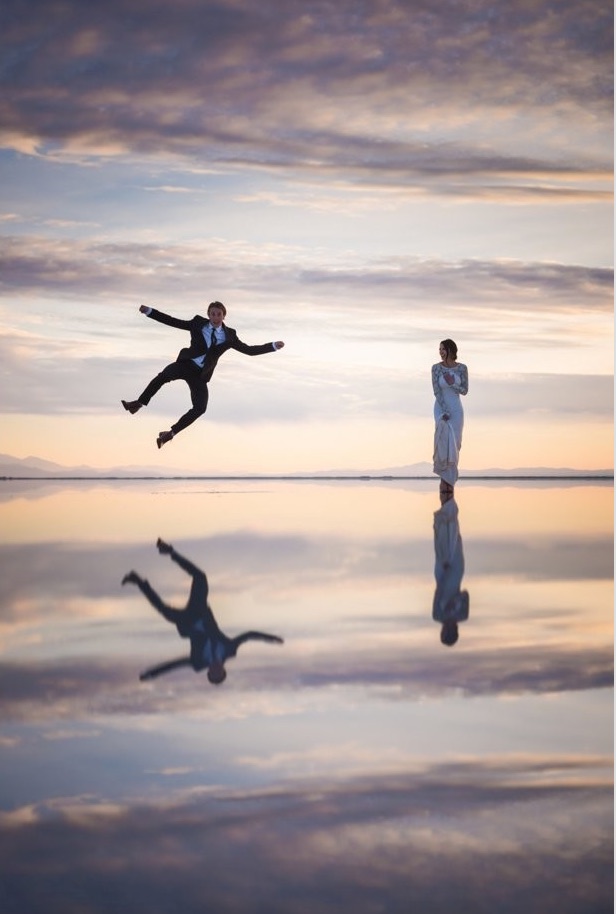 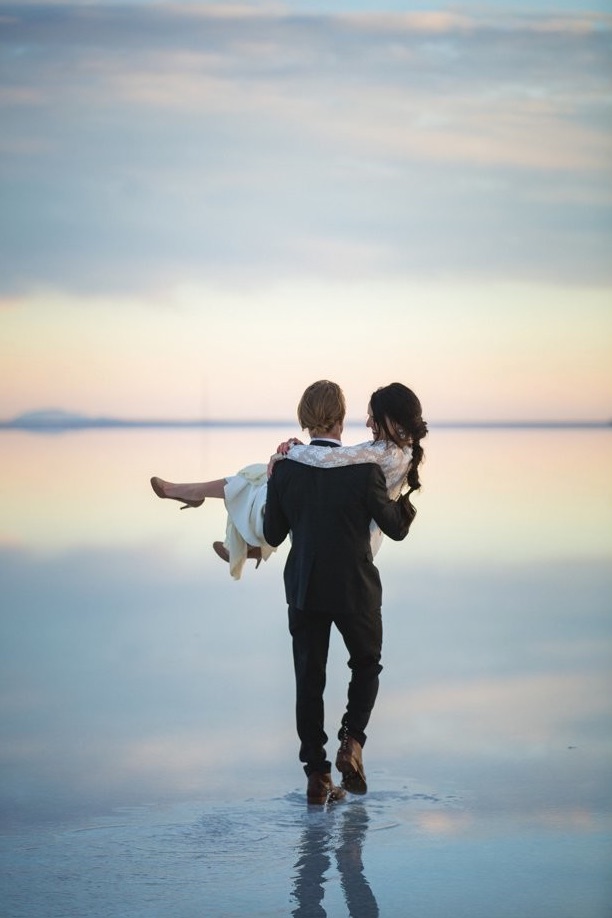 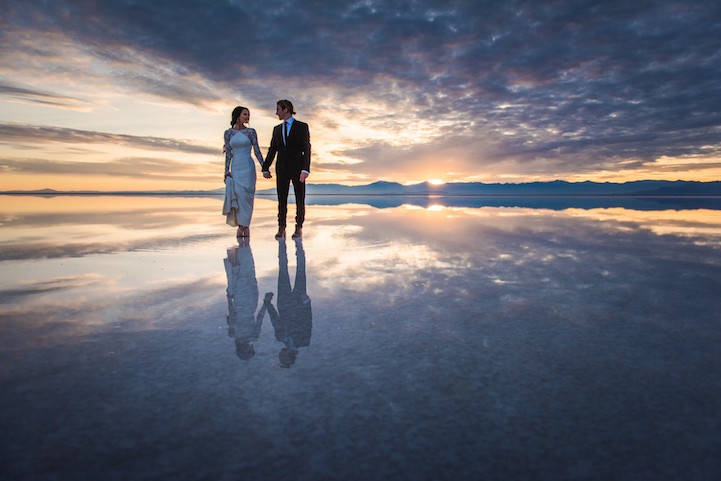 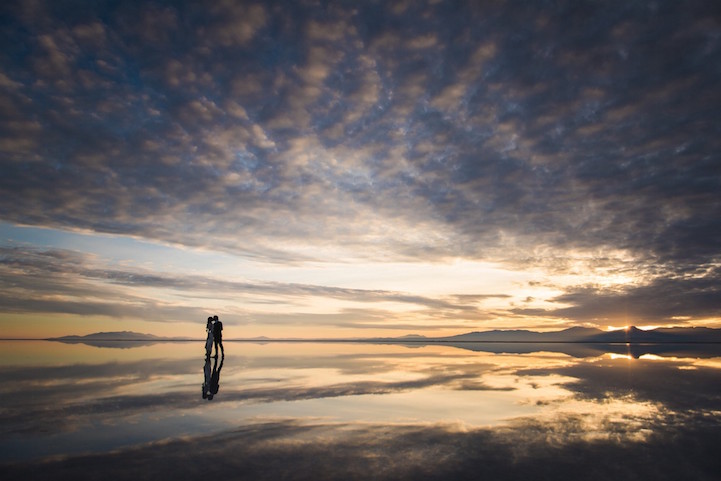 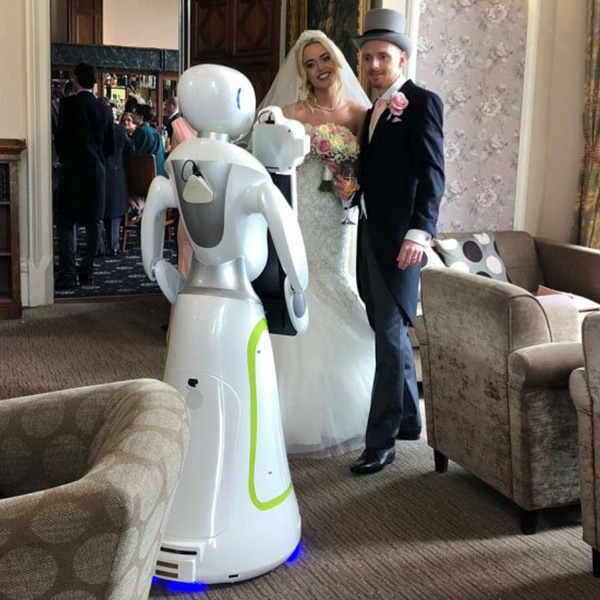