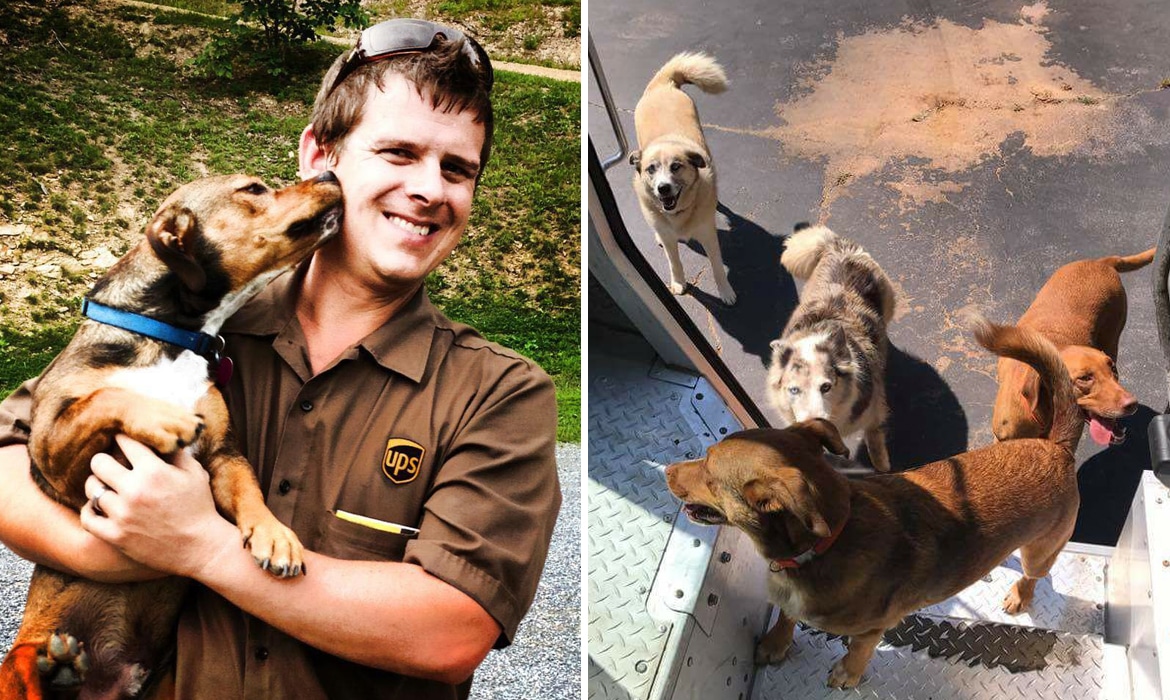 UPS drivers meet a variety of people on their routes, and as it turns out, dogs, too. These enthusiastic pups are often the best part of a driver’s day, with their friendly wagging tongues and an outpouring of unconditional love. To celebrate the good dogs that make their lives brighter, they post about them in a Facebook group aptly called UPS Dogs.

A man named Sean McCarren started the delightful community five years ago. Having worked at UPS for 17 years, he says that meeting the dogs along his routes is “one of the very best parts” of driving “the big brown truck.” They’ll run up to the vehicle when it arrives—some even hop in—or greet him at the front door. “I wish we could just hang out with the families and their dogs all day,” McCarren laments, “but it's just not feasible.” Even so, these small interactions are worth it.

McCarren is not alone in his adoration of these canines. UPS Dogs is a place for drivers across the country to share photos and videos of their pup pals. The group—open to the public—posts not only adorable pictures, but it also highlights the bond that drivers have with the dogs they see on a daily basis. Many UPS community members will spend their breaks playing with the canines and buy special treats to give them. While the group is often a place of smiles, the friendship between the driver and pup has moments of sadness, too. One member, for instance, posted that when a customer informed him of a their dog's passing, his eyes “welled up and heart sank.”

UPS Dogs isn’t affiliated with the company—it’s more of a passion project maintained by dedicated employees. The company, however, is aware of the group and fully embraces its warm spirits. “It’s a good example of the relationships our employees build with their customers,” a spokesperson says, “two- or four-legged!”

The popular Facebook group called UPS Dogs has drivers sharing the adorable pups that they see on daily routes.

Man Takes His Dogs on Special Adventures in Custom-Built Kayak

Military Dogs Save Lives and Bravely Lead the Way to War