Man Takes His Dogs on Special Adventures in Custom-Built Kayak

David Bahnson knows that adventures are extra fun when you have friends by your side, and who's a better companion than man's best friend? The retired orthopedic surgeon, whose leisurely escapades are of the kayaking variety, decided to build his own kayak using a kit from Pygmy Boats. Once he completed his inventive construction, Bahnson realized that his dog Susie could easily fit inside the baggage compartment. To make this space comfortable for her, he added a raised border around the edge of the pit so that his furry friend could stay sheltered and dry. Before long, it was time for the kayaker to make an additional modification because him and his wife added another canine to their family. “When we got Ginger, I just put in another hole,” Bahnson told The Dodo. “It's like a triple kayak, only there isn't enough room for the paddlers to put their feet–but it's perfect for a dog.”

What's just as impressive is that both Susie and Ginger are extremely well-behaved during their trips out on the water. “They are trained to get in the kayak themselves on command,” explained Bahnson, after mentioning that his pets are also strong swimmers. “They sit down, and off we go. When we come ashore, they'll stay seated until I tell them it's OK to get out. They never hopped out into the water, actually.” Sadly, both Ginger and Susie passed away after living lives filled with memorable adventures. Now, Bahnson has continued the tradition with his new canine comrades.

“I love my dogs. I love training them, the companionship,” said Bahnson. “We've gone miles and miles of paddling with our dogs. They just really enjoy going places.” 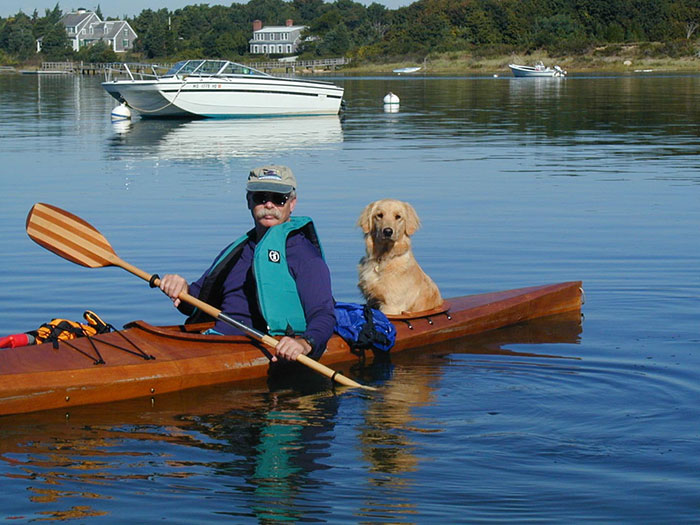 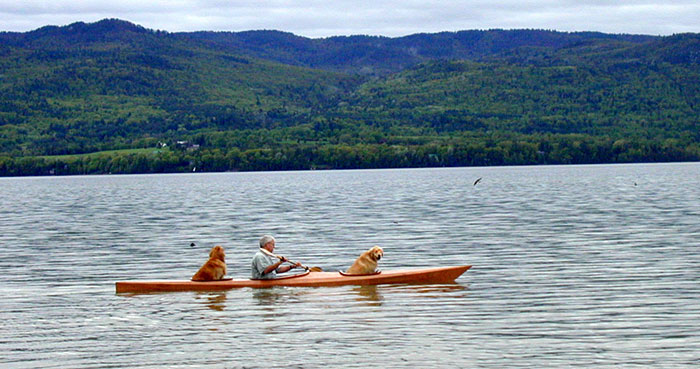 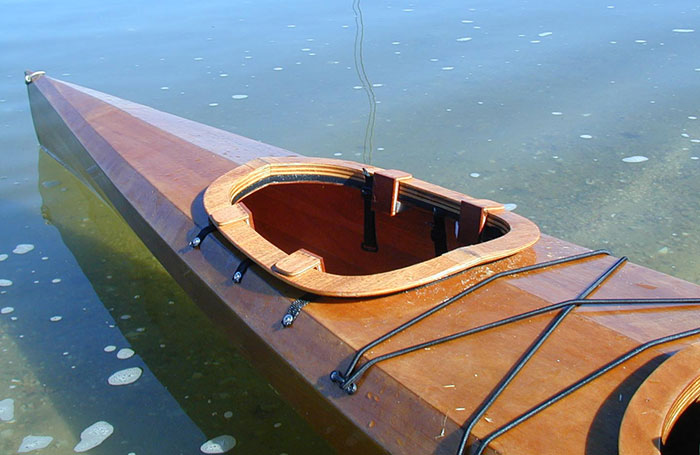 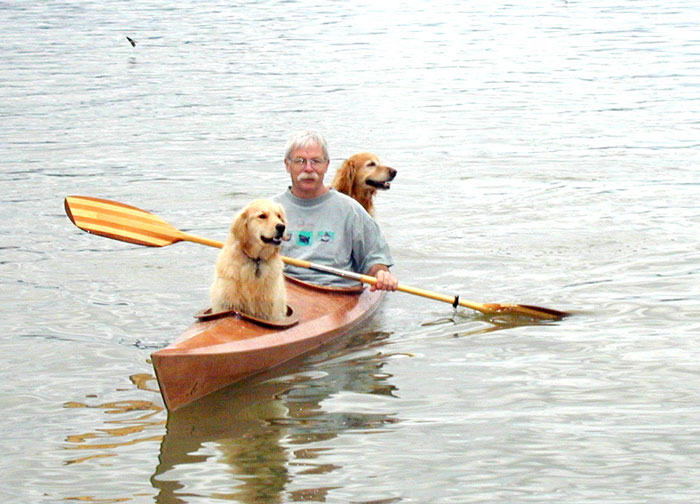