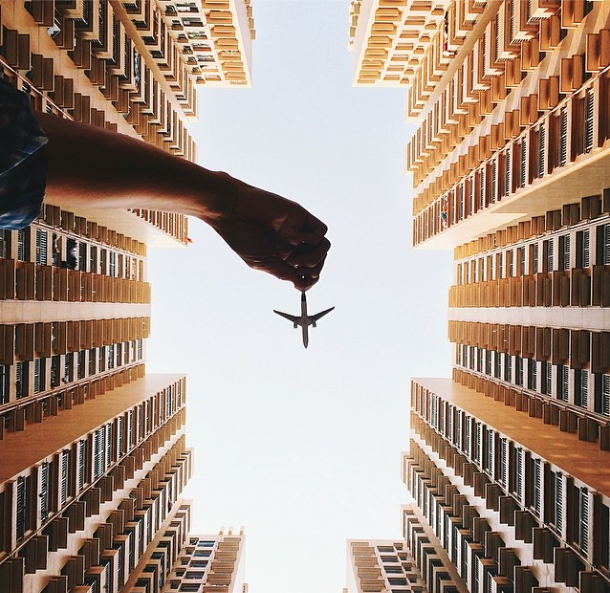 Macau-based web designer and developer Varun Thota (@vnthota) has an Instagram feed full of photos depicting dynamic metropolitan life, but his series My Toy Plane (#mytoyplane) takes his creative vision to new heights. The imaginative photos show a hand guiding a toy airplane overhead in various locations. If it weren't for the hand, the images would be quite convincing as shots of a real plane soaring in the sky, flying over tall buildings, or preparing to land on a runway.

What makes Thota's photos even more fun to look at are the glimpses of urban life in Macau, Hong Kong, and other bustling cities in Asia. His toy plane weaves in between tall skyscrapers, over lively streets, and above vibrant downtown bays, taking the viewer on a mini-voyage of their own. Looking at the creative shots, you can almost imagine yourself sitting in the plane itself, gazing down at the beautiful sights below.

Drawing inspiration from the hashtag #putaplaneonit, Thota decided to start this series after his father found a toy plane inside a chocolate Kinder egg. Through the photos, he not only gets to explore his interest in aviation, but also to build relationships with the people around him. He says, “The thing I enjoy most about the series is how fun it is to include other people in it. It's always fun to show people the plane, tell them the story and then ask them for a helping hand in taking the shot.” 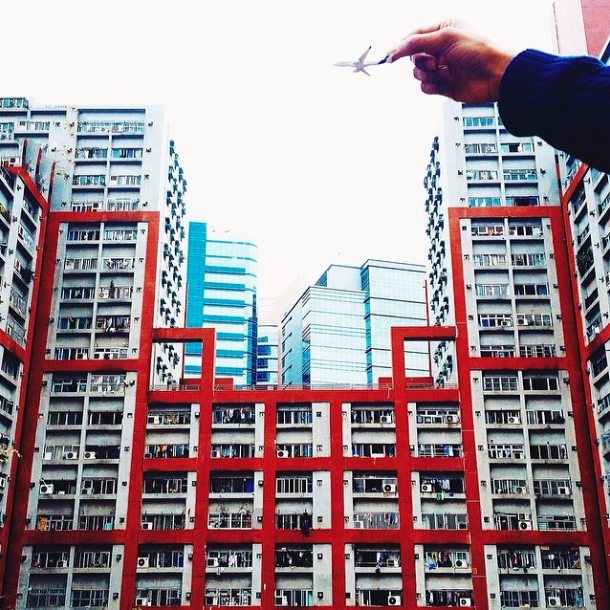 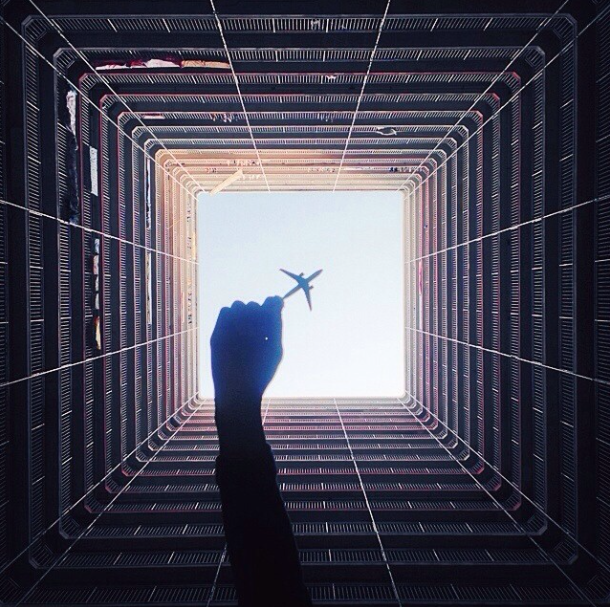 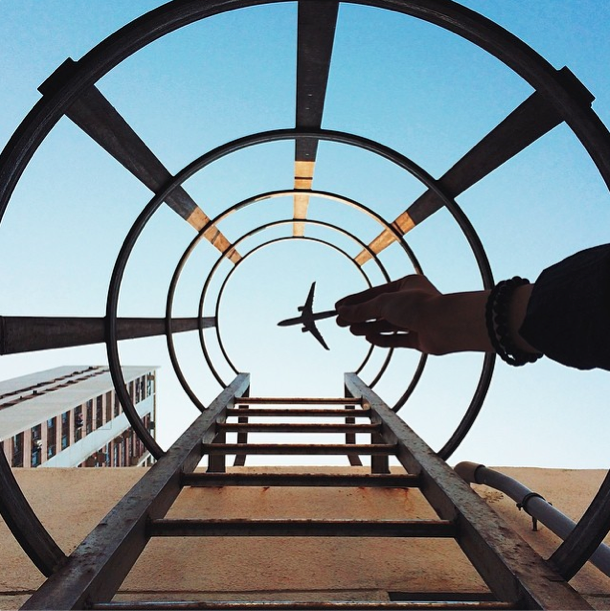 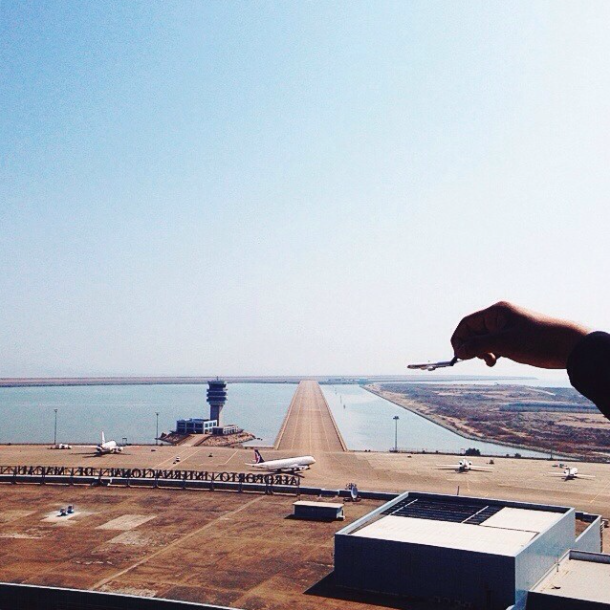 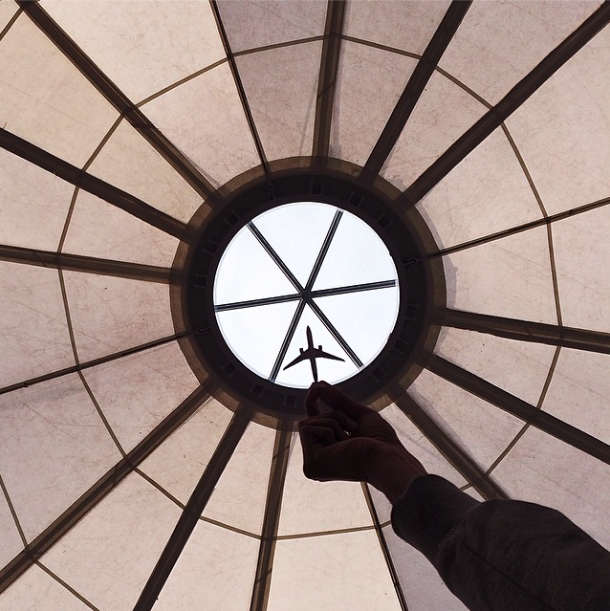 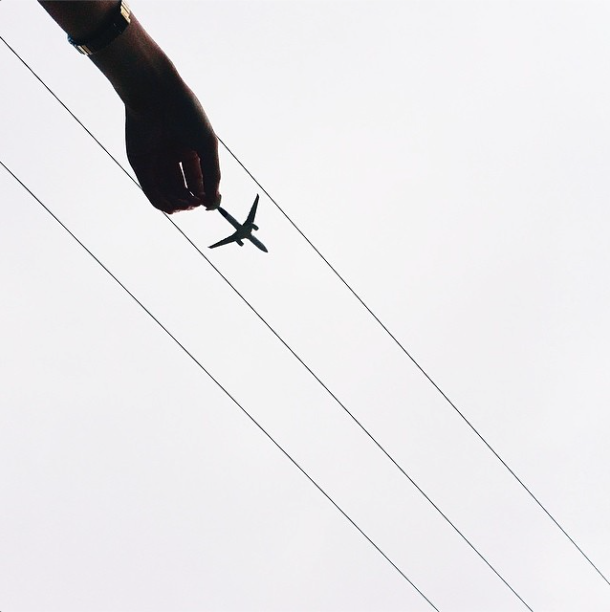 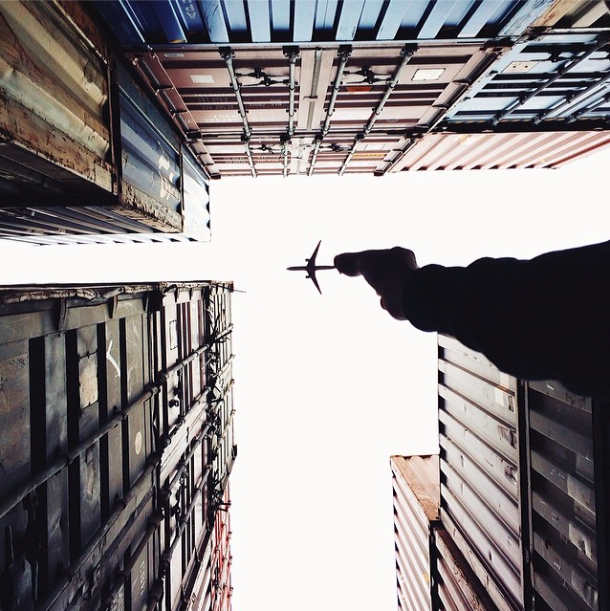 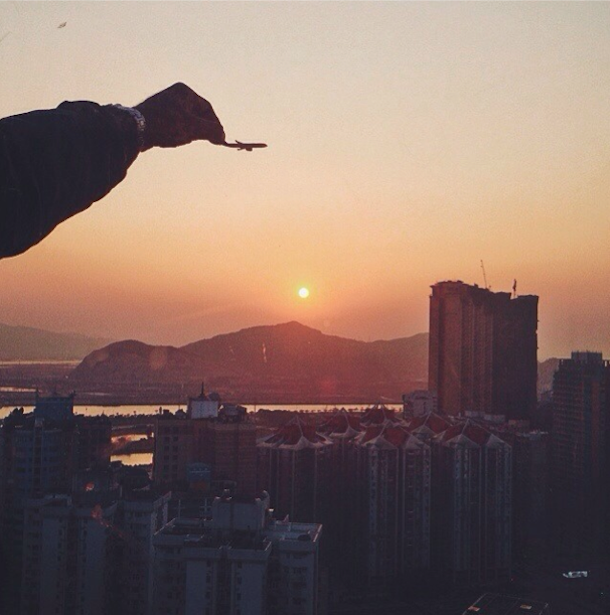 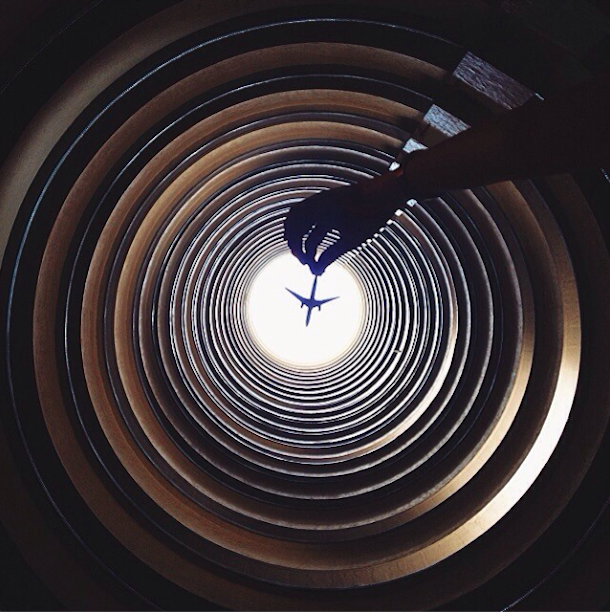 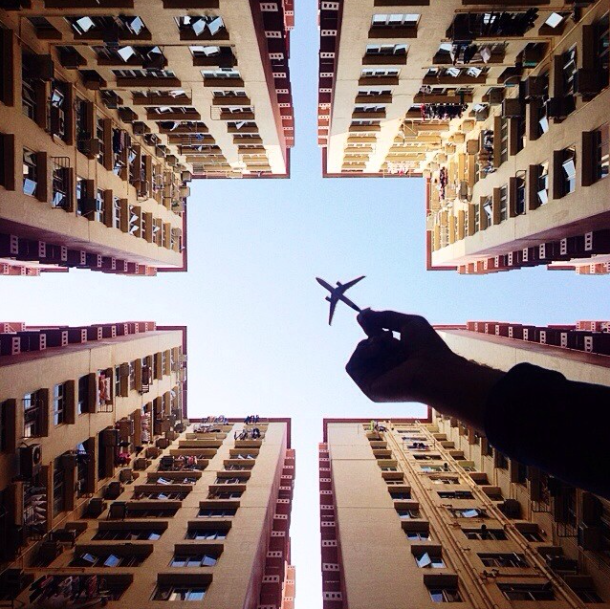