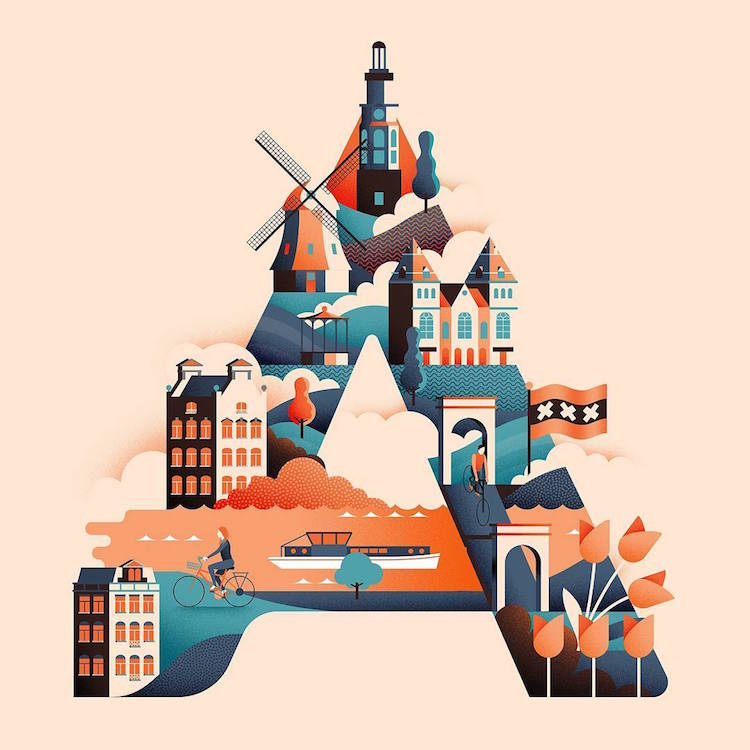 Glasgow-based illustrator and graphic designer Jack Daly has developed the first five letters in a clever typographic collection called Wanderlust Alphabet. In this series, each alphabet letter is created to represent a specific city in the world. Drawing upon eye-striking landmarks, national customs and food, architecture, flags, flora, fauna, and pop culture, he beautifully blends the unique features of each city to form the letters. Even the color tones are warm or cool depending on each city's personality and local spirit. A is for Amsterdam, B is for Barcelona, and D is for Dublin—the series is as much an inventive opportunity to learn the alphabet as well as a way to express city pride.

Daly's alphabet is inspired by his love of travel, and so each letter is based on a city which he has visited. “Eventually,” he explains on Instagram, “some might be cities I want to [visit].” The alphabet is in its early stages, but there is much room for growth. Daly hints that once his alphabet is complete, there will be “lots of potential in spelling out [city names] and animation too.”

Keep an eye out for the next installment of Daly's colorful Wanderlust Alphabet.

B is for Barcelona 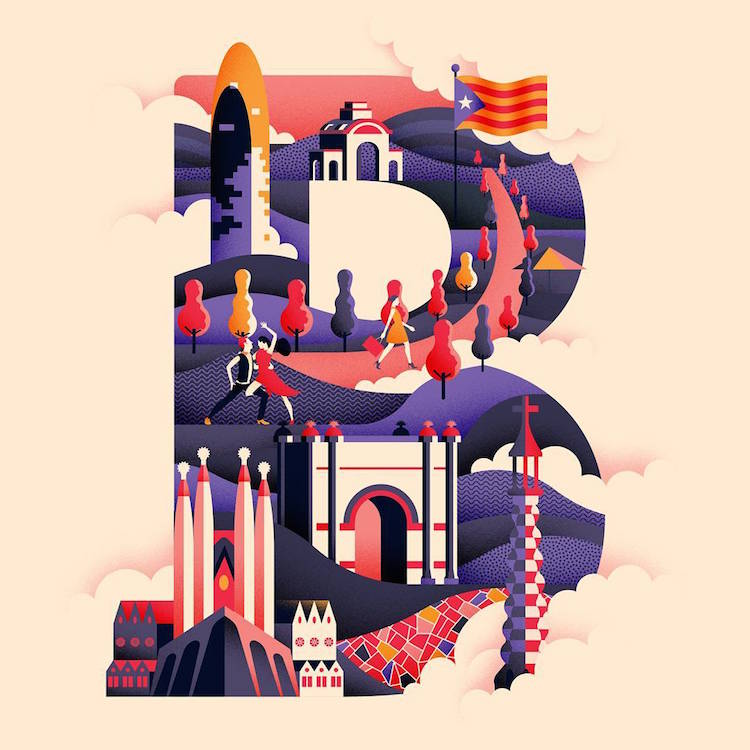 C is for Copenhagen 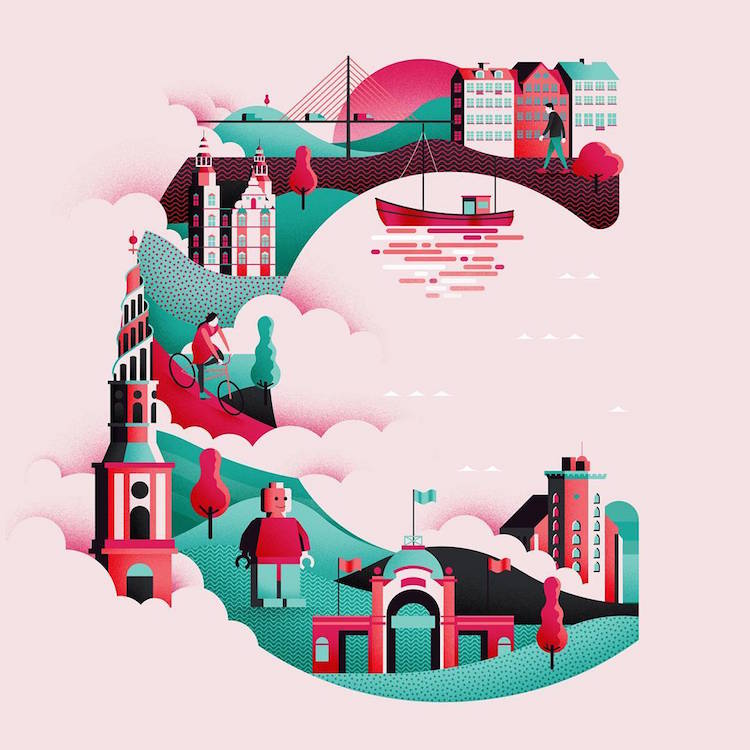 D is for Dublin 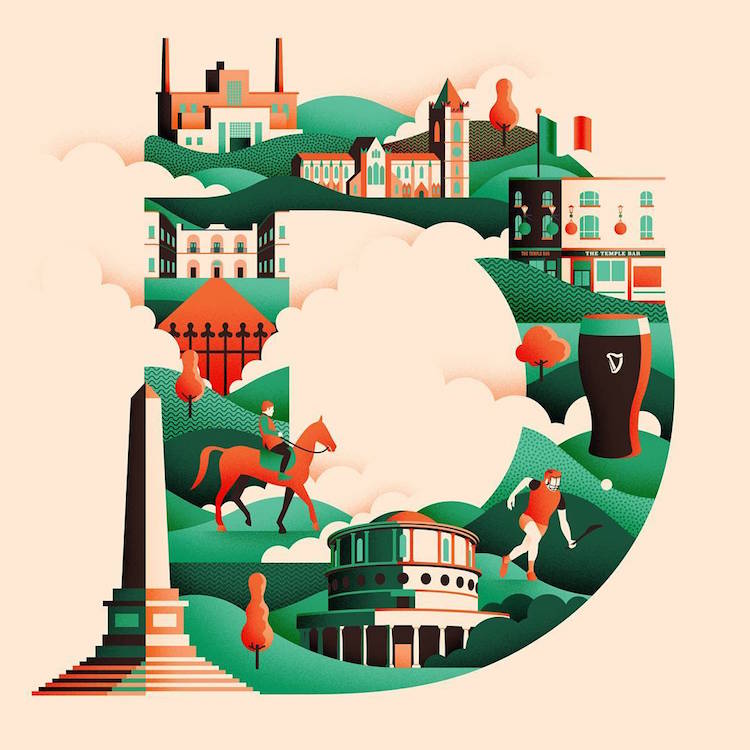 E is for Edinburgh 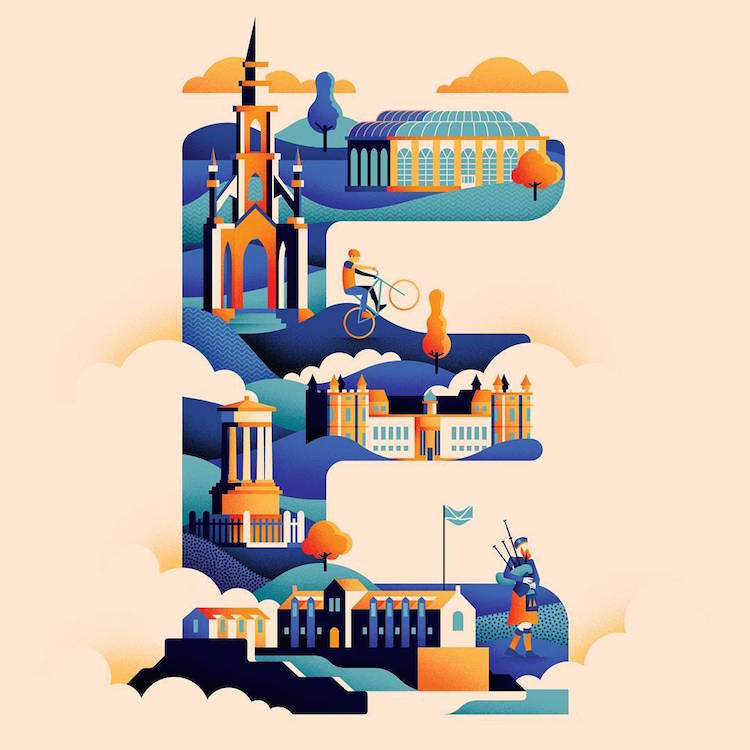 Which cities should Daly draw next? 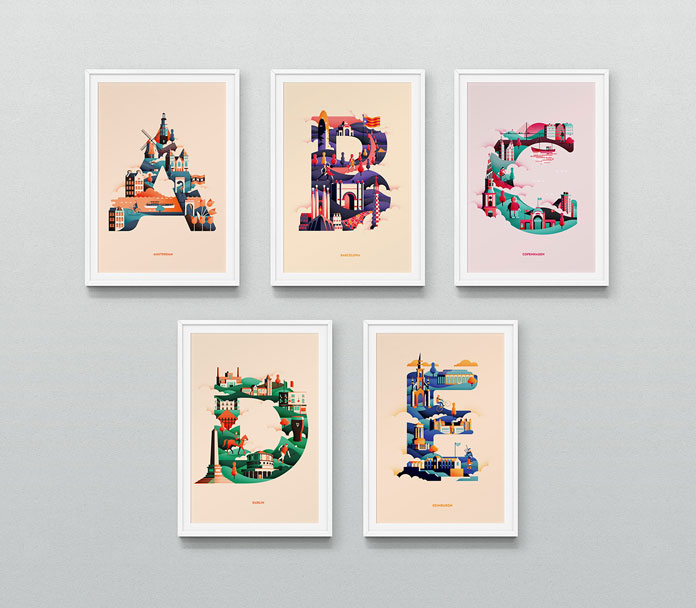