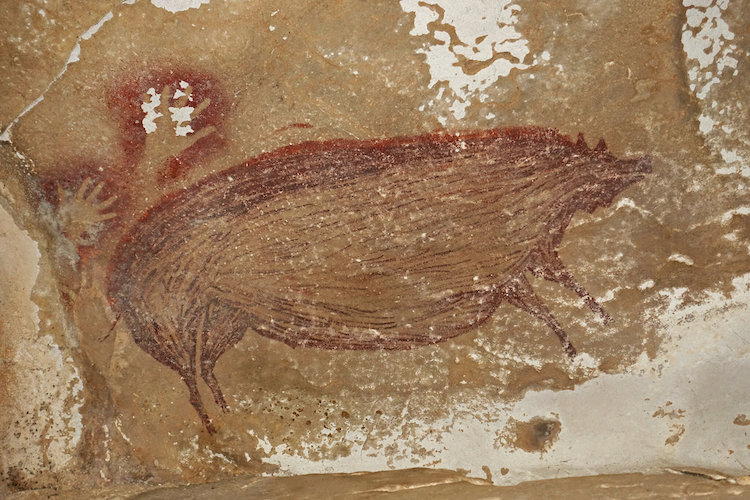 There is arguably nothing that makes us feel more connected to early humans than the innate desire to create art—namely to create art about the life around us, and we're still discovering these thousand-year works of art. In fact, researchers have recently uncovered a painting dating back 45,500 years, depicting the world’s oldest known figurative piece of art. The painting was found in Leang Tedongnge, a cave on the Indonesian island of Sulawesi. The clearest portion of the cave painting shows the round figure of a warty pig at a distance from two other pigs.

Archaeologists are working to better understand the meaning of the portraits and the people who created them. Two of the pigs are thought to be fighting, mating, or engaging in another social activity while the more clearly visible pig looks on. Though its age is obviously significant, specialists say that the content is not surprising as these pigs have been an important part of people’s culture for a very long time and are still found on the island. 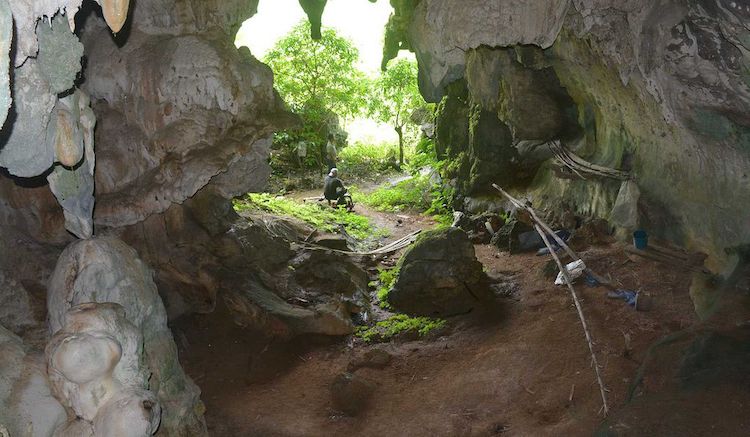 “The common portrayal of these warty pigs in the ice age rock art also offers hints at the deep symbolic significance and perhaps spiritual value of Sulawesi warty pigs in the ancient hunting culture,” explains archaeologist Dr. Adam Brumm from Griffith University in Queensland, Australia. Though other specialists warn against suggesting a narrative.

Understanding the piece is also made more difficult by the challenge of dating it. The purplish-red paint was achieved by grinding ochre into a powder which was used to create a water-based paint. The resulting bright red pigment is extremely difficult to date. Luckily, a minimal growth that formed on top of the painting allowed the scientists to use uranium series analysis—a process of decaying uranium into thorium to measure its age—to find the time stamp currently attributed to the piece. It is important to note that issues in this uranium-thorium dating method—like if uranium leaches out instead of decaying—may make the artwork seem older than it actually is.

Though many questions remain, there is still much hope for clarity in the future. There is also a great chance that more art and ancient history will be uncovered in the caves of Sulawesi and other Indonesian islands yet to be explored.

This 45,500-year-old cave painting of warty pigs may be the oldest artwork of an animal ever discovered. 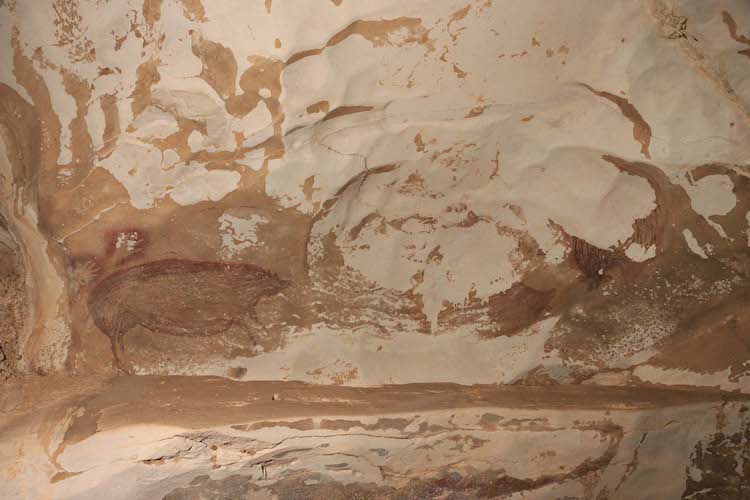