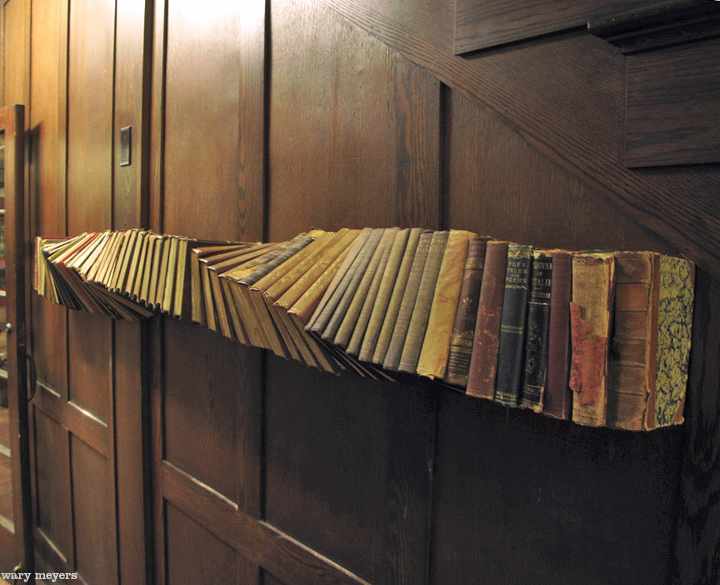 Linda and John Meyers, a Portland, Maine-based design duo known as Wary Meyers, have created this winding shelf of books aptly referred to as Twisted Tales. The married creative team assembled this site-specific installation for the newly renovated offices of VIA Advertising Agency which had previously been the town's public library from the late 19th century through the 1960s. To truly appeal to the eye, the stack of books were “twisted and trimmed to fit flush against the paneled wall.” It pays homage to the space's ancestral purpose, as well as the beauty of books. Some of the books were even salvaged from the old library.

The project's description quotes a Shakespeare phrase referencing an old library's books that reads “shuffling off this mortal coil” which appears to have sparked some inspiration for this sculptural installation. There is clearly a magical quality to the piece that echoes the charming and spellbinding ability of stories to captivate readers into visualizing supernatural scenes. The shelf even seems to be floating in mid-air as though a spell had been cast on it. According to Wary Meyers, even its location under a staircase is a significant reference to Harry Potter and similarly enchanting fairy tales. 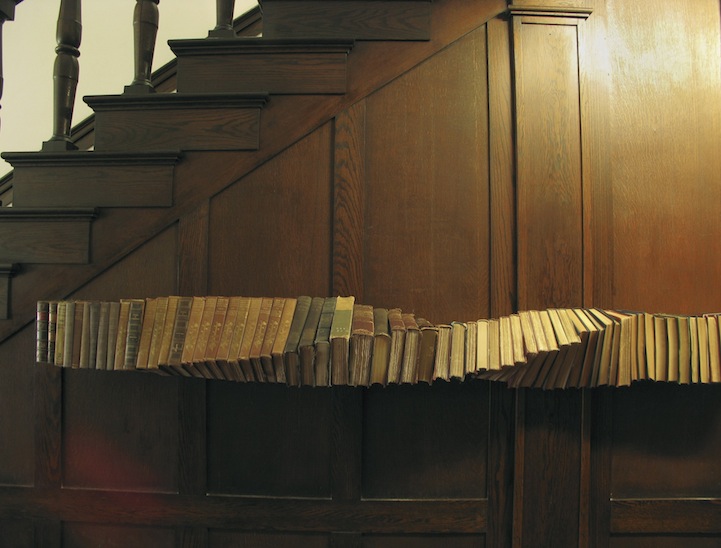 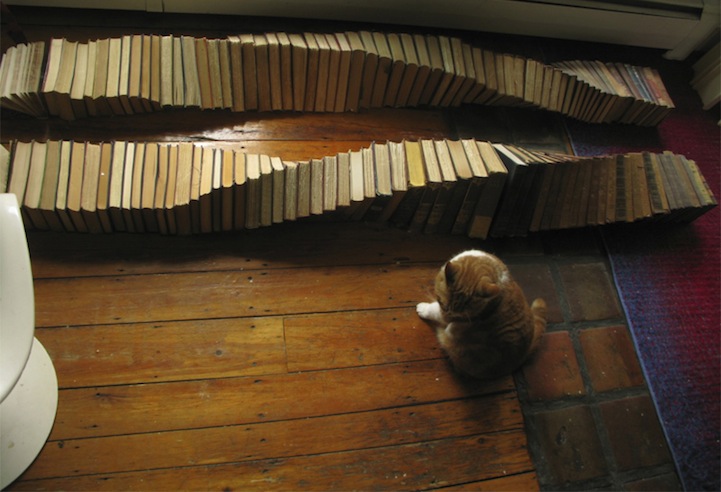