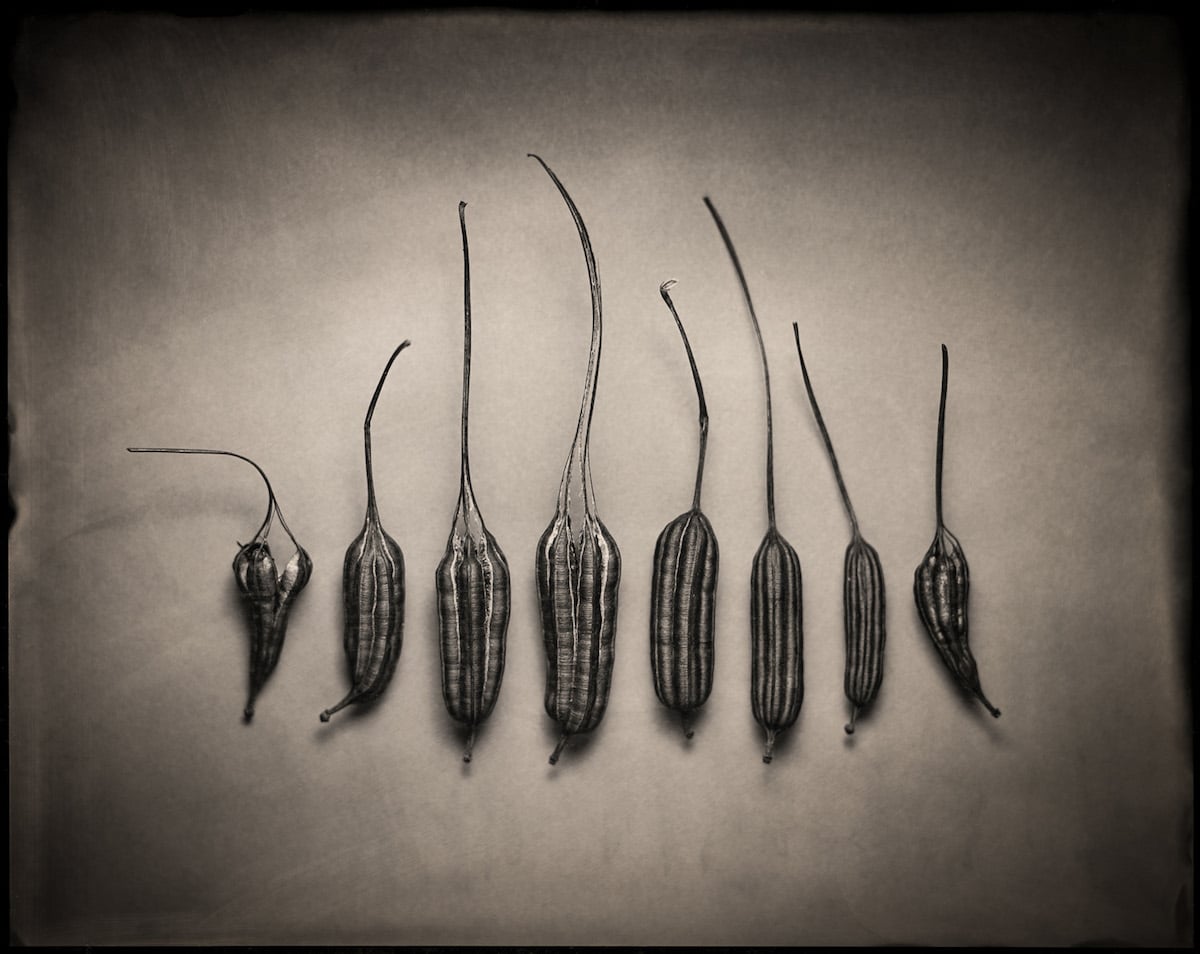 ‘Aristolochia Pods' by Paul Barden. Grand prize winner.
I’ve had a life-long fascination with plants of all kinds, and seed pod morphology is particularly fascinating to me. The Aristolochia elegans seed pods are a great example, with their matte black woody hulls. This is not the first time I have used these pods as the subject of a photograph, but this is the first time I have crafted a photo of them I consider to be nearly ideal in style and feel. Only the wet plate collodion process could deliver such a result.
This wet plate image was made in a makeshift studio at my house, simply arranging a selection of seed pods on a dark grey seamless paper backdrop, held on with masking tape. The scene was lit with a compact fluorescent softbox from above, with some reflector fill from below. The compact fluorescents provided enough light to let me expose this scene at f11, using a Schneider Symmar-S 240mm lens. The collodion used in this case was very well aged Old Workhorse.

Wet plate photography is an early photographic technique that's been seeing a revival in recent years. Developed in the 19th century, about 10 years after Henry Fox Talbot's calotype, which used a paper negative, wet-plate was a technical advancement that produced negative images on glass. There are different collodion processes, the most well-known being tintype and ambrotype, which were largely used for portraiture and still life due to the need for exposure and development in relatively quick succession.

Now used by many fine art photographers and artists looking to achieve an aged finish to their images, Modern Collodion held their first annual Wet Plate Competition. Seventy-five wet plate photographers from 19 countries submitted over 200 photos to the inaugural contest, with Paul Barden winning the grand prize for his elegant tintype of Dutchman's pipe seedpods. Taken on his 22-acre farm in a home studio, his beautiful image proves that you don't have to travel far to take a winning photo.

Each winner was selected on the basis of his/her concept, technical excellence, as well as originality and creativity with the technique and approach used. From professional photographers and photography teachers to self-taught hobbyists, the finalists all bring a unique perspective to their age-old technique. And for some, the switch to the collodion process was a revelation. “The collodion technique has slowed down my life routine and I have started to perceive my surrounding with different eyes,” shares Gabriel Kiss, a professional photographer who was the runner-up in the still life category. “Everything slows down as I really have to think what and when I take the picture.”

The winning images of the first annual Wet Plate Competition were selected from over 200 submitted images, all taken using the collodion process. 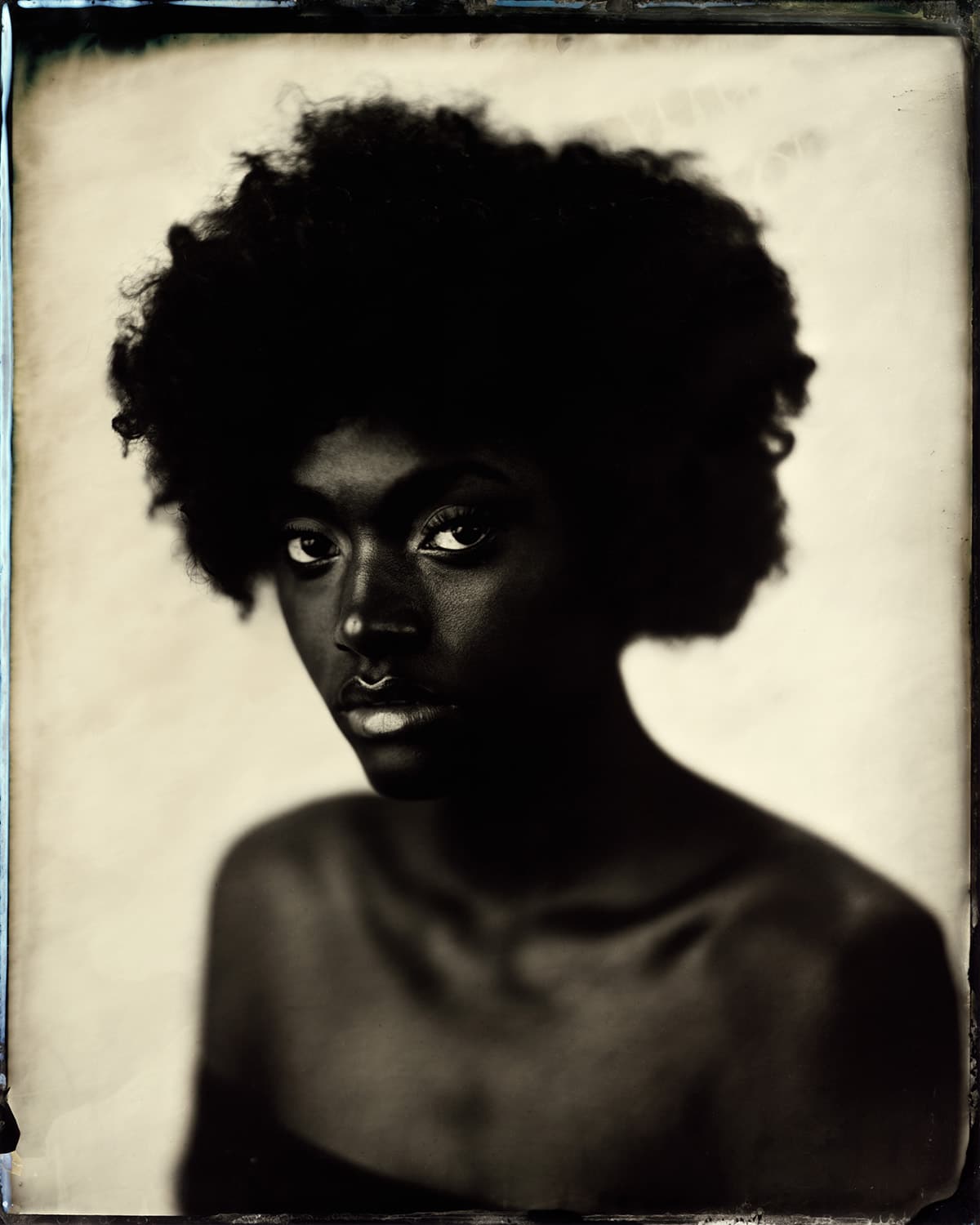 ‘Naomi on White' by Ed Gately. Finalist, Portrait: Studio.
I have long been fascinated with the various ways the red pigmentation in our skin translates to collodion. Slightly underexposing skin tones can have dramatic effects. Pairing this with a high key background really shows off the signature characteristics of the wet plate collodion process. Naomi was lit with 6’ diffused parabolic umbrella and the background was lit with a zoom reflector from above. This 8×10” tintype was captured with a Wollensak Vitax No. 5 on an E&HT Anthony 11×14” Studio camera using hand-mixed chemistry. 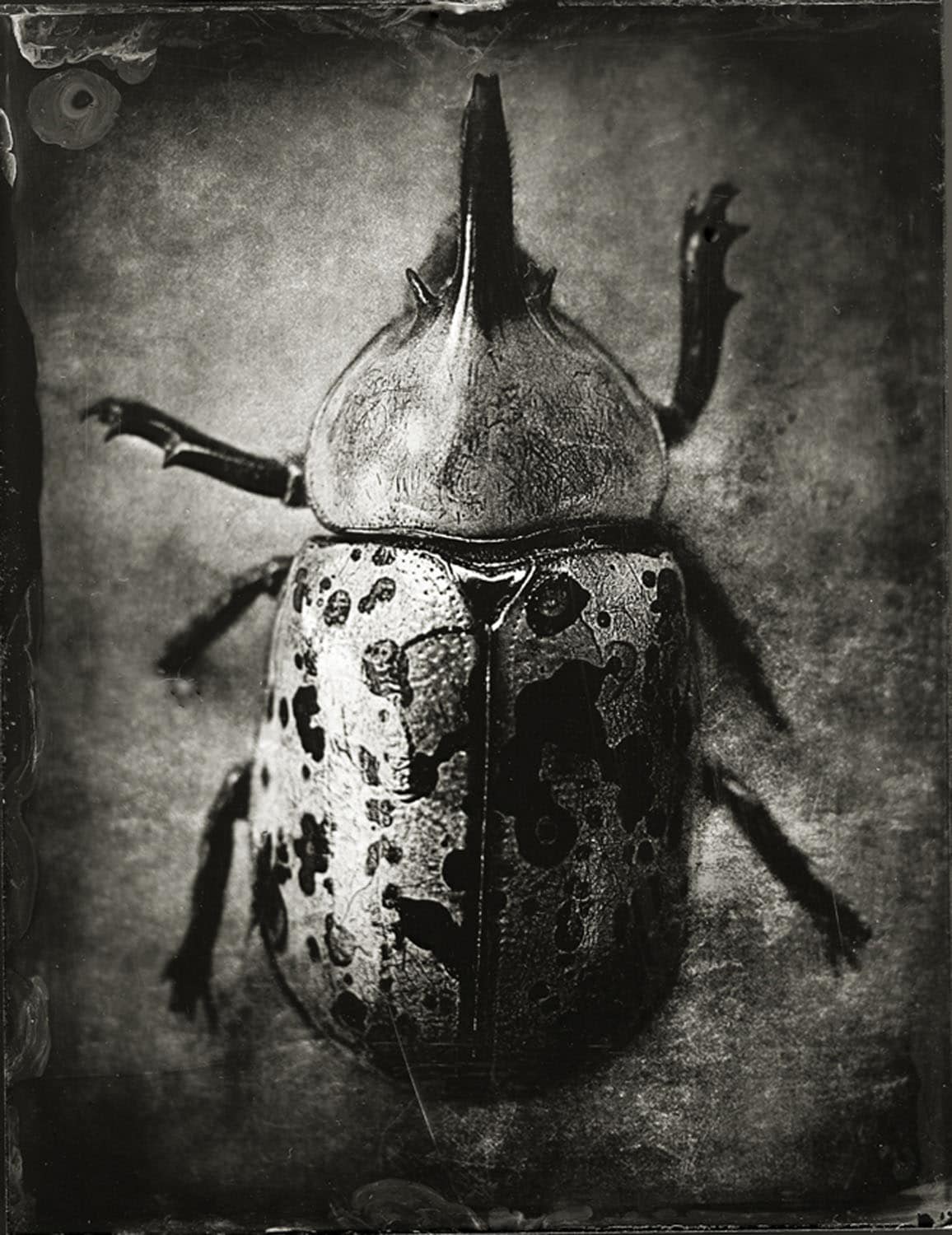 ‘Beetle' by Gary Geboy. Finalist, Still Life.
I was working on a project called “Organics”, shooting found flora and printing primarily on platinum/palladium, when I came across this little gem: a rhinoceros beetle.
He was quite fragile, having been lying in the street for some time before I came along. And what better way to preserve such fragility than through another fragile medium: wet plate collodion. 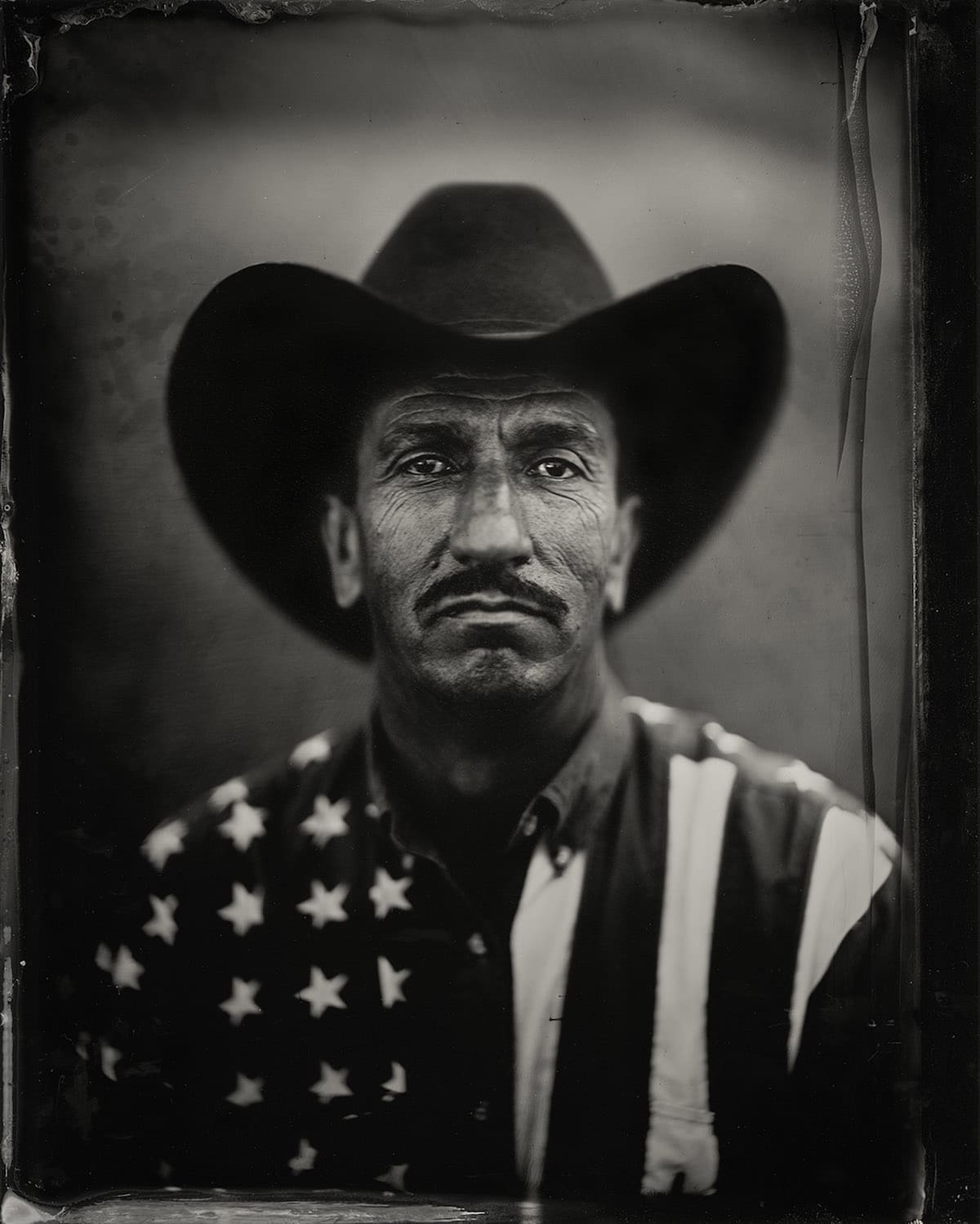 ‘Luis from Quincy WA' by Angel Colmenares. Finalist, Portrait: Natural Light.
I've worked as a photographer in New York and a Cinematographer in Los Angeles for ten years, shot films, commercials, and music videos, but now with Wet Plate.
I learned about Wet Plate in early 2016, I purchased an old Ansco 8×10 camera, found a Dallmeyer lens on eBay, searched for a workshop, and turned an old work trailer into a darkroom.
I met Luis when I was looking to photograph another group of people that are close to my heart, “Immigrants”. Since I'm an immigrant from Cuba that left because of political reasons, I knew that I wanted to capture the people that cross the border searching for a better life, the people that work the fields, the illegal aliens that take work that no other American would. 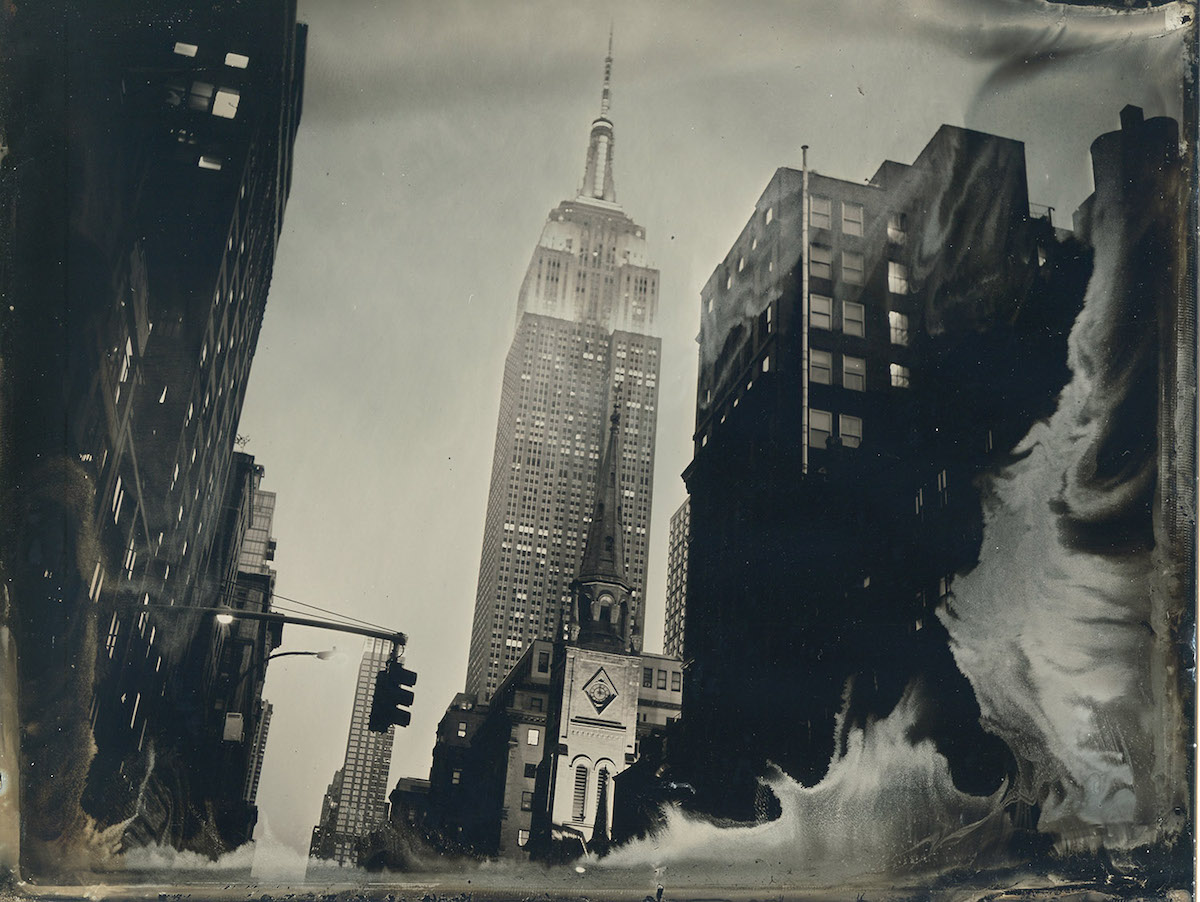 ‘Empire State At Twilight' by Kevin Koepke. Finalist, Landscape/Architecture.
The twilight image was taken during the “Magic 15”; the time that the lights on the Empire State Building were on after sunset but when there was enough blue light to show the background and surrounding buildings. The image was processed in the back of my Chrysler PT Cruiser and transported in a wash tank to my home. This was not the first twilight image but one that I am proud to have done. I continue to push the limits to see what can and cannot be done using what materials I have and am humbled to be selected as a finalist. 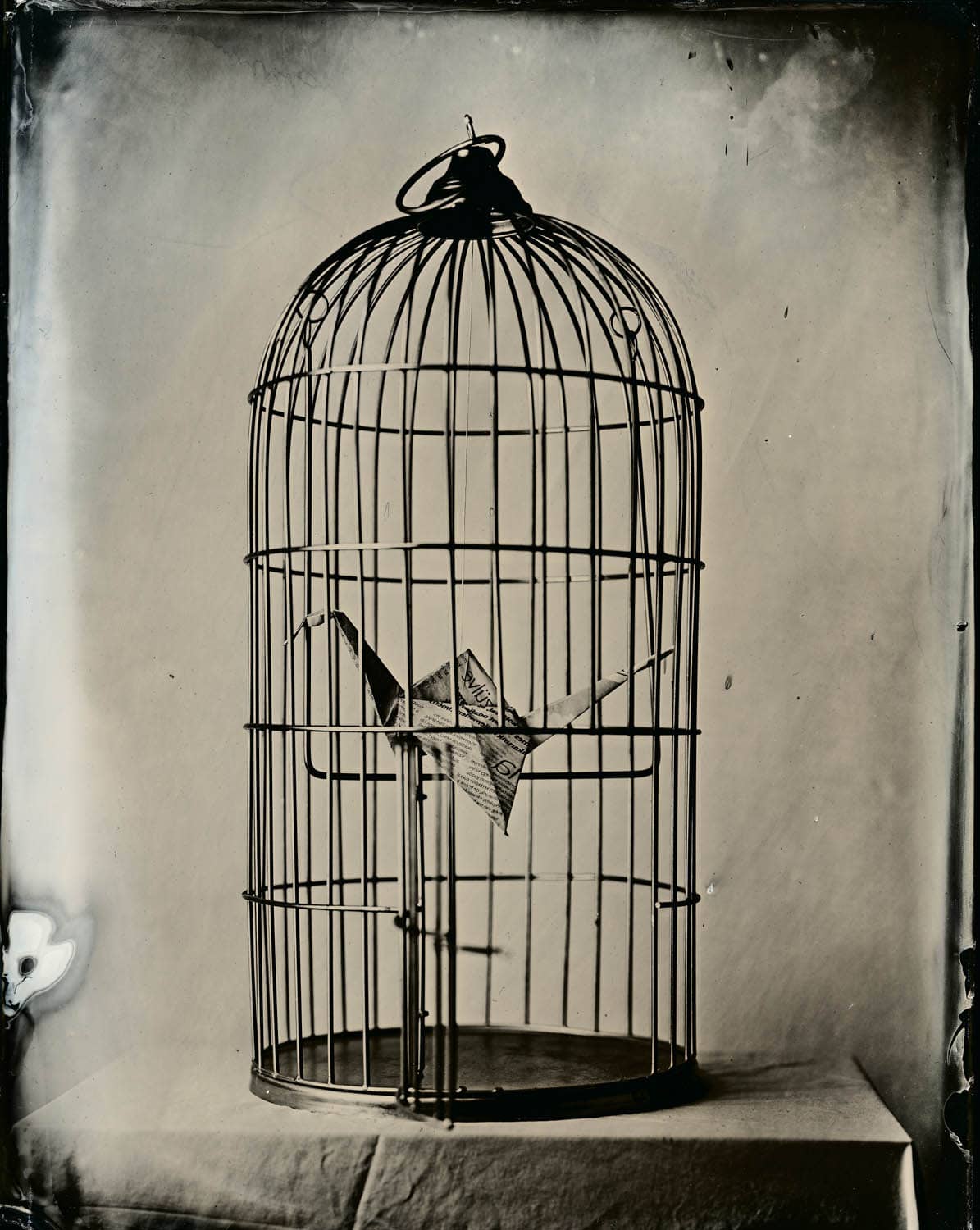 ‘Press Freedom' by Gabriel Kiss. Runner-up, Still Life.
My Press Freedom photo became very actual in Slovakia, because a couple weeks back a young journalist was killed, so I thought that I fold a bird out of newspaper which is placed in a cage. Even though the bird is surrounded with bars and on the other hand the door is open, the bird stays in its place and continue the job he has started. He could fly out and choose another lifestyle, but he would lie to himself.
I have been working with the wet collodion technique for 7 years and I can say that this technique has completely changed my life. I have been a photographer for 25 years, from that for 8 years I worked as a photoreporter and for 7 years as a theater photographer.
The collodion technique has slowed down my life routine and I have started to perceive my surrounding with different eyes. Everything slows down as I really have to think what and when I take the picture. 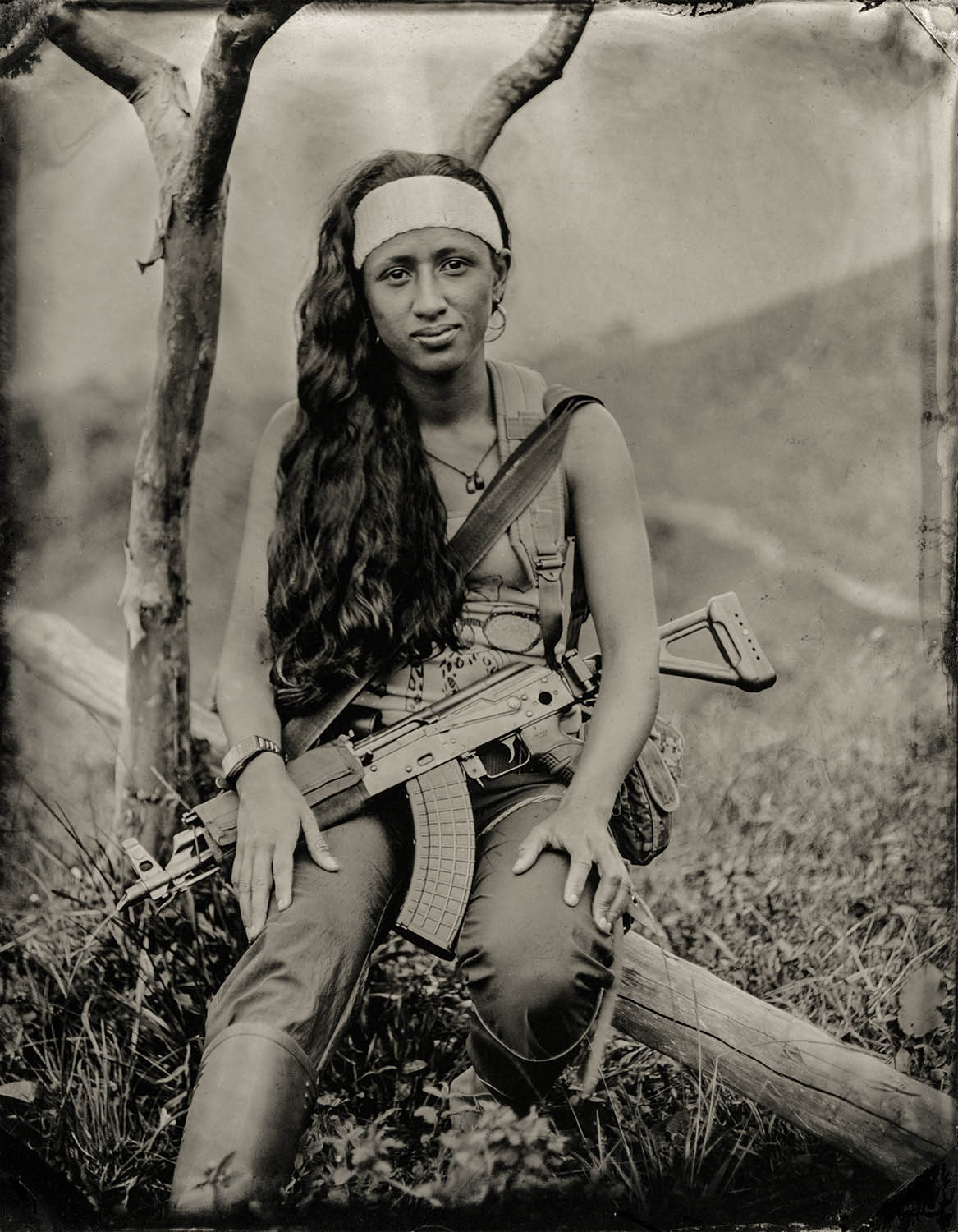 ‘Maritza' by Zach Krahmer. Runner-up, Portrait: Natural Light.
I made my first plates in mid-2016 during a one day workshop with Portland-based photographer Ray Bidegain.
The image of Maritza comes from, and represents a larger series of 80 plates of the 53-year old Colombian guerrilla army, FARC, in the early weeks of 2017 before they formally demobilized. The plates were made within various camps in remote areas of the mountainous Andean jungle, that were only accessible by mule. 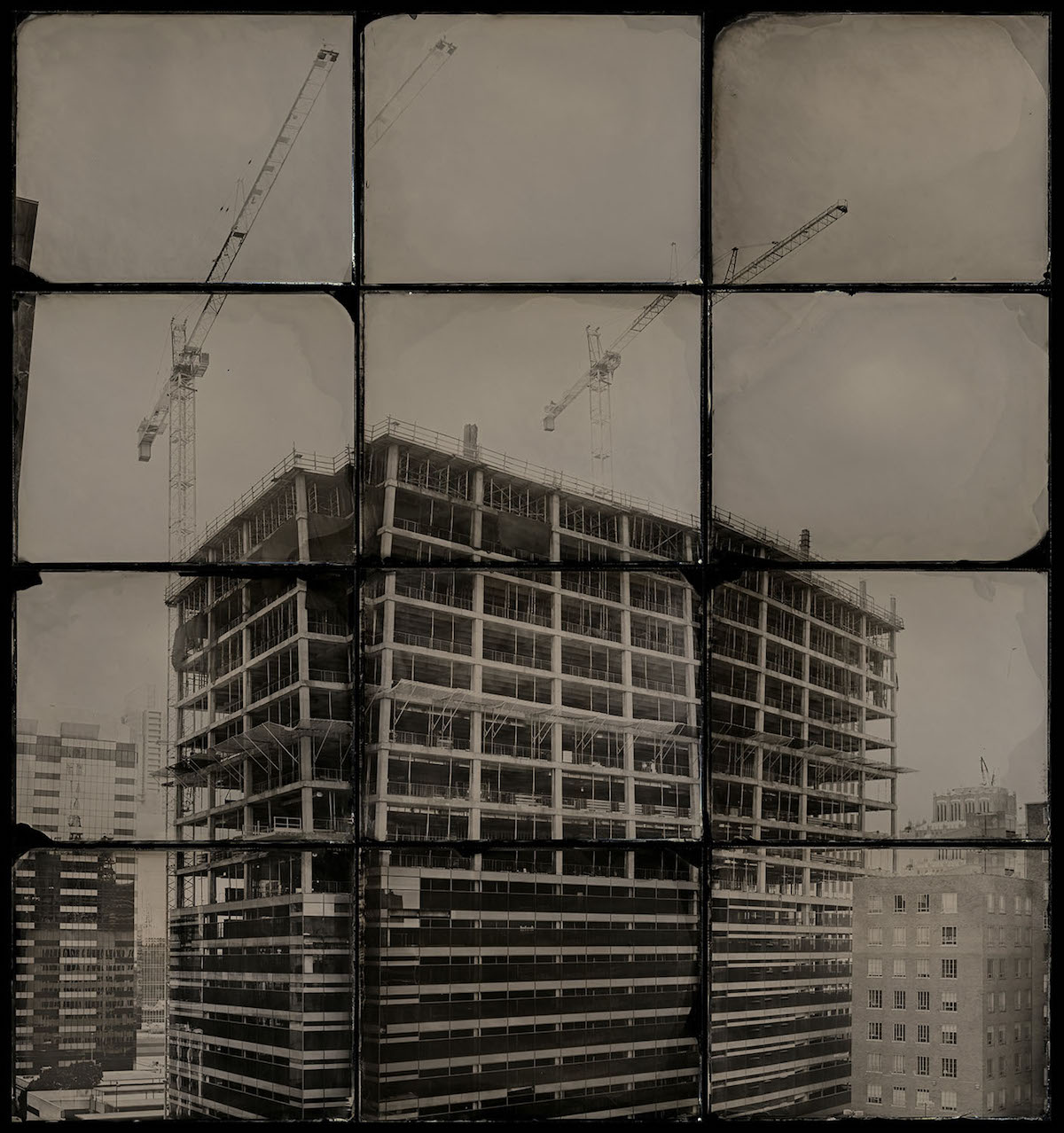 ‘Windows' by Matthew Magruder. Runner-up, Landscape/Architecture.
I stumbled through making my first tintype in 2008 and have been pretty active in the process ever since. Alternative process photography has been a mainstay for me since about 2002.
This 12-plate image is a part of a much bigger body of work. The series is titled “Windows” (clever, I know, heh). The series is of downtown cityscapes of Austin, TX where I live. The series was not particularly motivated by any conscious philosophical drive/meaning for me…but as I worked on it I did find that it connected with a part of me that–generally speaking–sees the world, people, etc. as being multifaceted with parts that are skewed and irregular but that make up a bigger and greater sum. 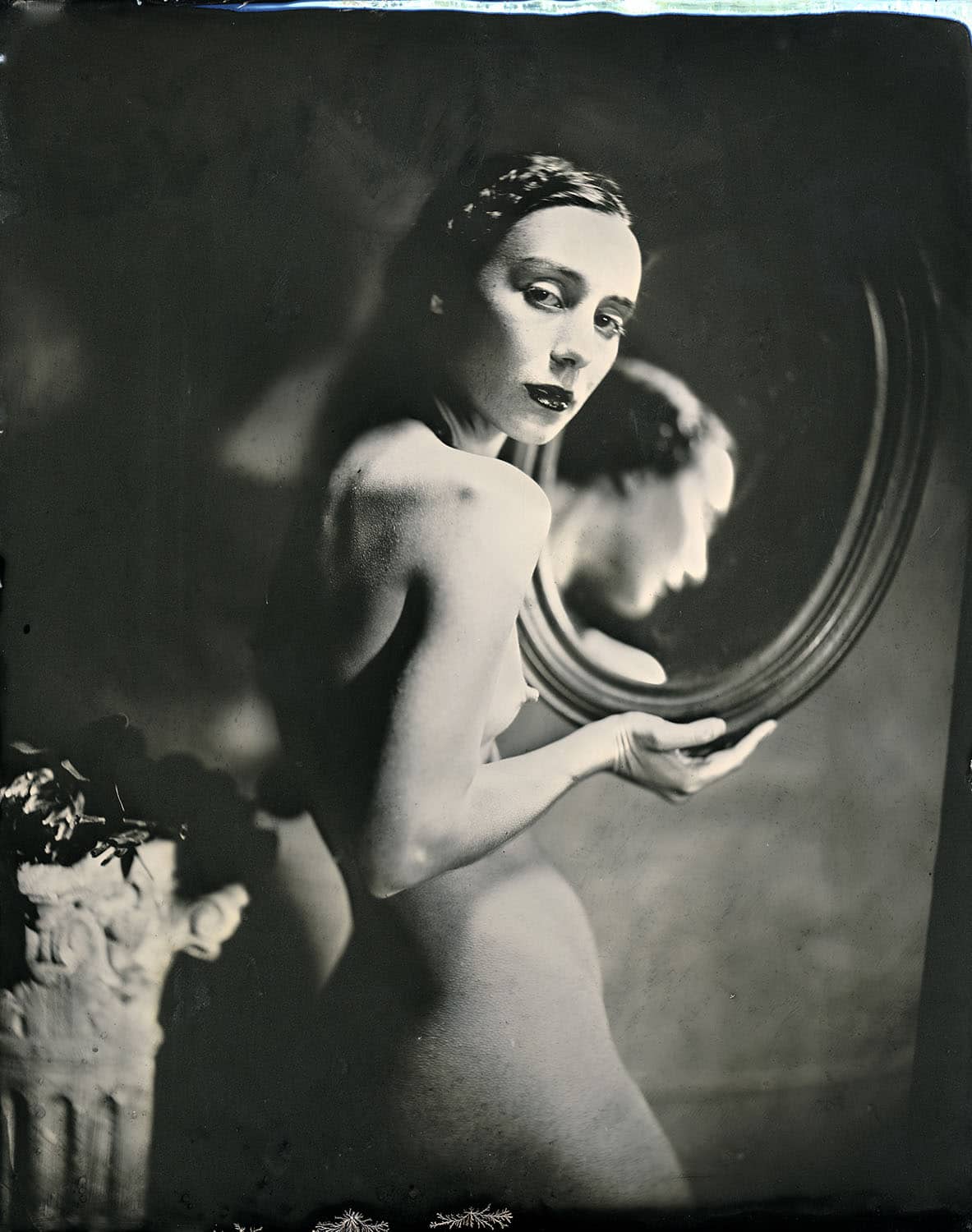 ‘Untitled by Allan Barnes. Runner-up, Portrait: Studio.
This picture was made with a wonderful model who I have worked with many times. She goes by “Youcancallmestormy”. It was made on an 8×10″ aluminum plate with a Dallmeyer 3b lens. Lighting is two Speedotron Black Line heads on full power.

My Modern Met granted permission to use photos by Modern Collodion.

Interested in wet-plate photography? Share
Like My Modern Met on Facebook
Get Our Weekly Newsletter
Become a
My Modern Met Member
As a member, you'll join us in our effort to support the arts.
Become a Member
Explore member benefits 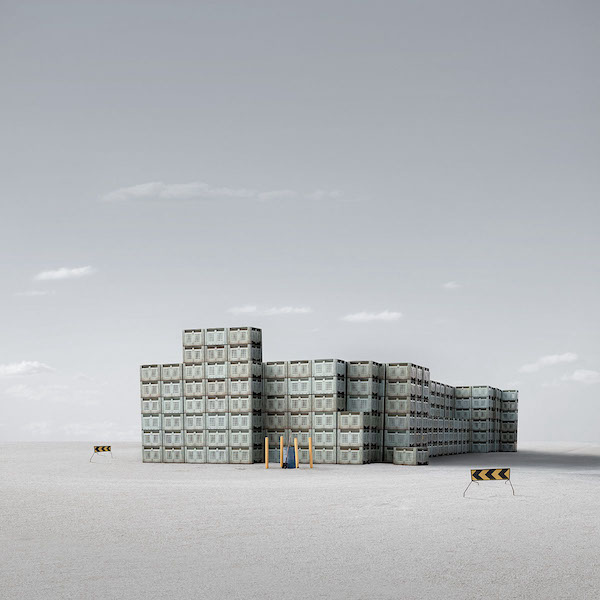 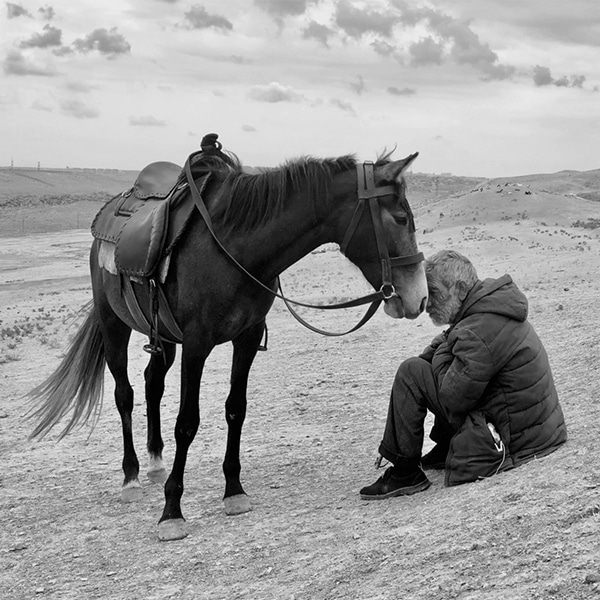 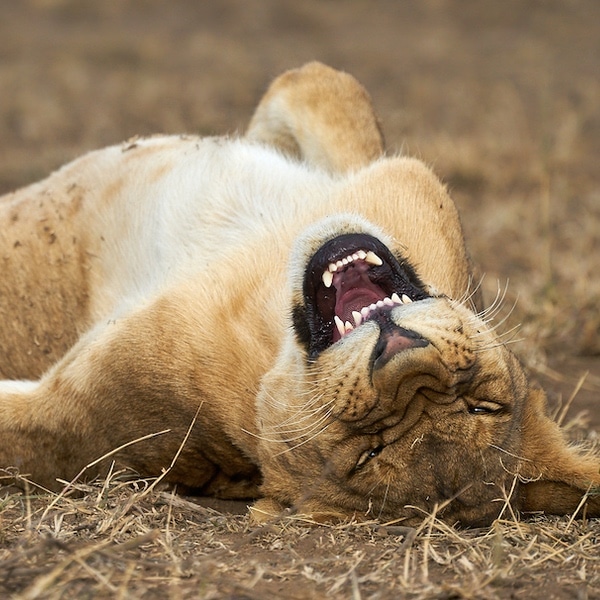