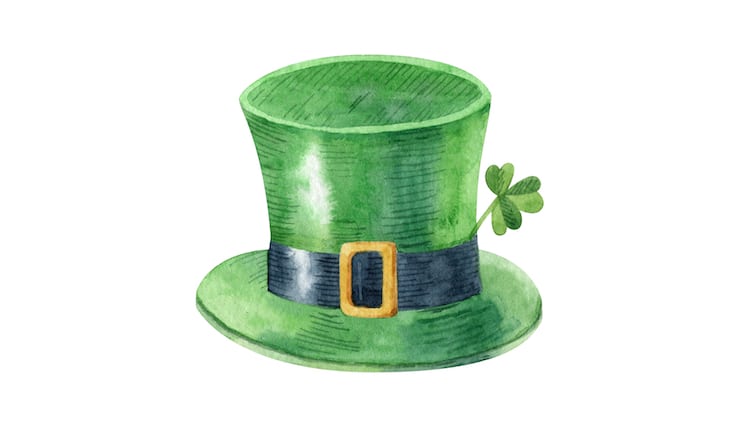 Though famously short in stature, leprechauns have landed a big role in Irish folklore. These “wee folk” have captured imaginations for centuries, enchanting generation after generation with green get-ups and promises o' gold.

Though the leprechaun is a staple of pop culture in the Emerald Isle and beyond, its origins are a bit more mysterious. Fortunately, if you've ever wished you knew more about these little sprites, you're in luck! Here, we take a look at the history of the legendary figure.

What is a leprechaun? 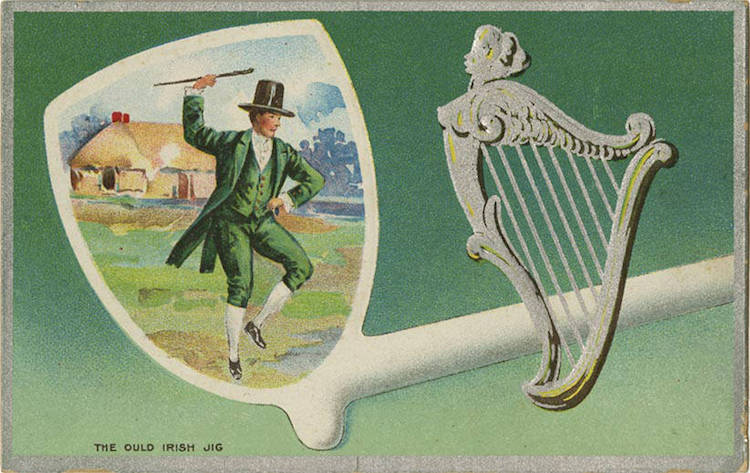 In Irish folklore, a leprechaun is a type of fairy. The character is commonly depicted as a tiny, bearded man clad in an emerald ensemble comprising a waistcoat, buckled shoes, and a top hat. In traditional tales, they are shoemakers, fancifully represented by a distinctive “tapping” sound. “Lay your ear close to the hill,” The Leprecaun; or Fairy Shoemaker, an 18th-century poem by William Allingham, reads, “Do you not catch the tiny clamour, Busy click of an elfin hammer, Voice of the Lepracaun singing shrill As he merrily plies his trade?”

In addition to their signature look and sound, leprechauns are known for their love of making mischief. According to legend, they are not to be trusted, as they love playing tricks on people. On the other side of the coin, however, their deviousness makes them lucky; they will grant three wishes to anyone crafty enough to catch them.

Although the leprechaun is unique to Ireland, the figure is an archetype that exists in cultures throughout the world. Places including Iceland, the Philippines, and Indonesia, as well as the Indigenous people in North America, also have stories about little people with supernatural abilities known for their luck and guile.

While traces of the leprechaun legend date back to the 8th century, the character as we know it today is likely a conflation of two figures from Irish mythology: the luchorpán and the clúrachán. Over the centuries, elements associated with each of these enchanting creatures have mixed and mingled to conjure up the concept of the leprechaun. 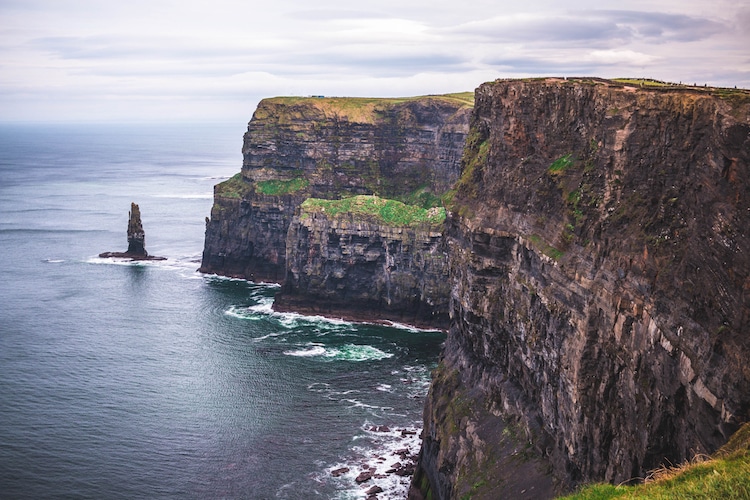 The word “leprechaun” likely derives from the Old Irish (the language spoken in Ireland between 600 and 900) luchorpán, a compound word whose roots, lú and corp, mean “small” and “body,” respectively.

The earliest recorded use of this term is found in The Death of Fergus mac Leiti, an 8th-century story about tiny water spirits—the luchorpán—who tricks a king into giving up his throne after attempting to drag him into the sea and granting him three wishes. 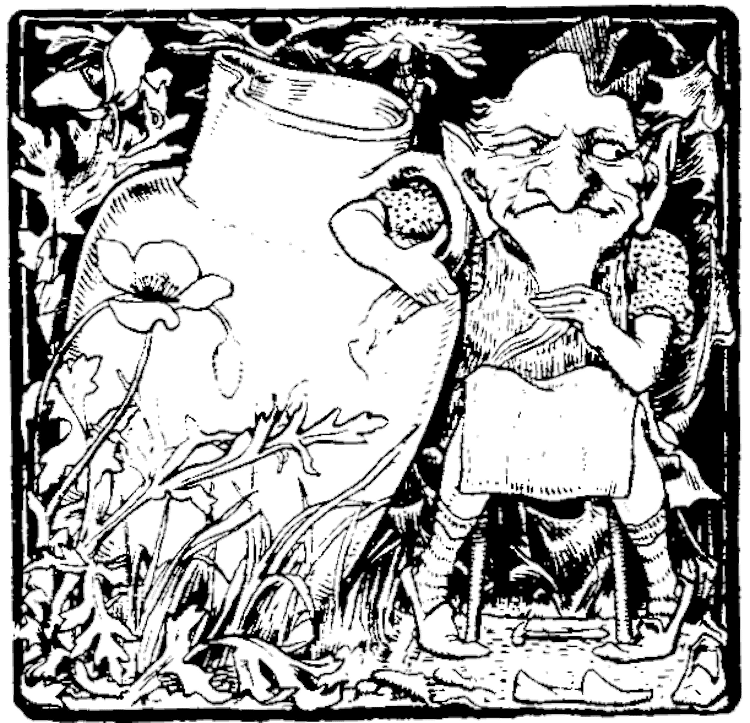 A clúrachán is a solitary, household fairy. Legend has it that the clúrachán haunts wine cellars—a move motivated by the small sprite's loves of drinking—and, like the leprechaun, revels in tomfoolery and trickery. They traditionally dress in green, which is likely where the leprechaun's signature color scheme came from. In fact, until the 20th century, leprechauns were customarily clad in red!

“But he is quite a beau in his dress, notwithstanding, for he wears a red square-cut coat, richly laced with gold, and inexpressible of the same, cocked hat, shoes and buckles,” Samuel Lover wrote in Legends and Stories of Ireland, an anthology published in 1831.

Over the last couple of centuries, however, the clúrachán‘s association with the color green has trickled into tales of the leprechaun, eventually becoming one of the sprite's most defining features. 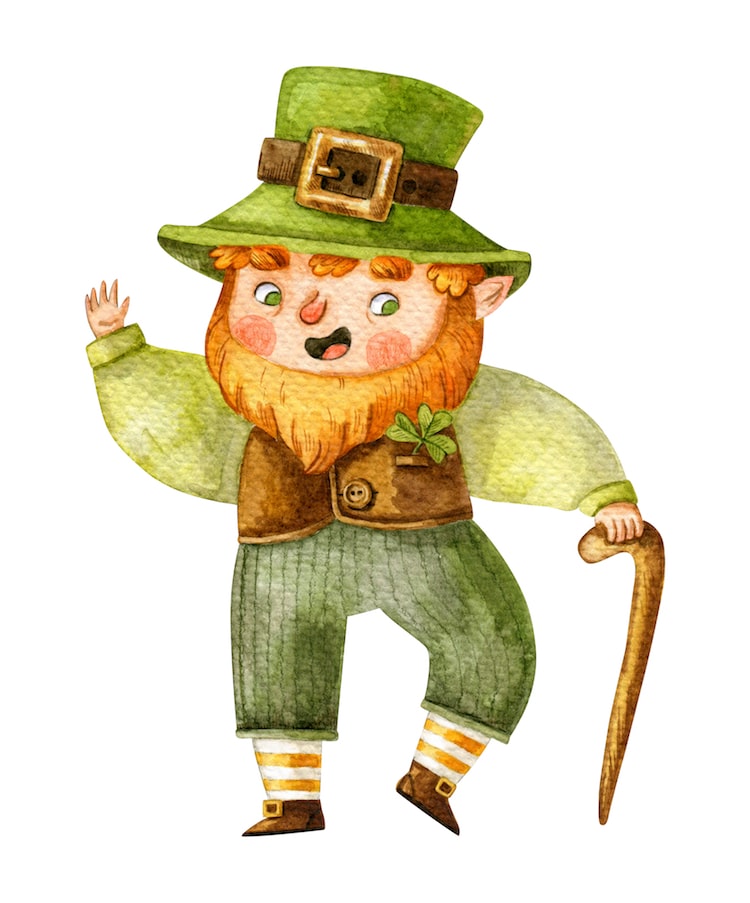 Today, the legend of the leprechaun has taken on a life of its own. In addition to elements borrowed from the luchorpán and the clúrachán, the modern leprechaun has come to be associated with other attributes—namely, a pot of gold at the end of a rainbow. While the origin of this trope isn't crystal clear, a popular explanation is that the leprechauns would use their elusive treasure as a means to trick passersby and barter with their captors.

Leprechauns are seen throughout American culture, where they are the faces of breakfast cereals (Lucky Charms) as well as the mascots of basketball teams (the University of Notre Dame and the Boston Celtics).

Our perception of the enchanted creatures has changed over the years, culminating in the “toadstool sitters, with red Galway beards and green hats” that we associate with one particularly magical holiday: St. Patrick's Day.

The Leprechaun and St. Patrick's Day 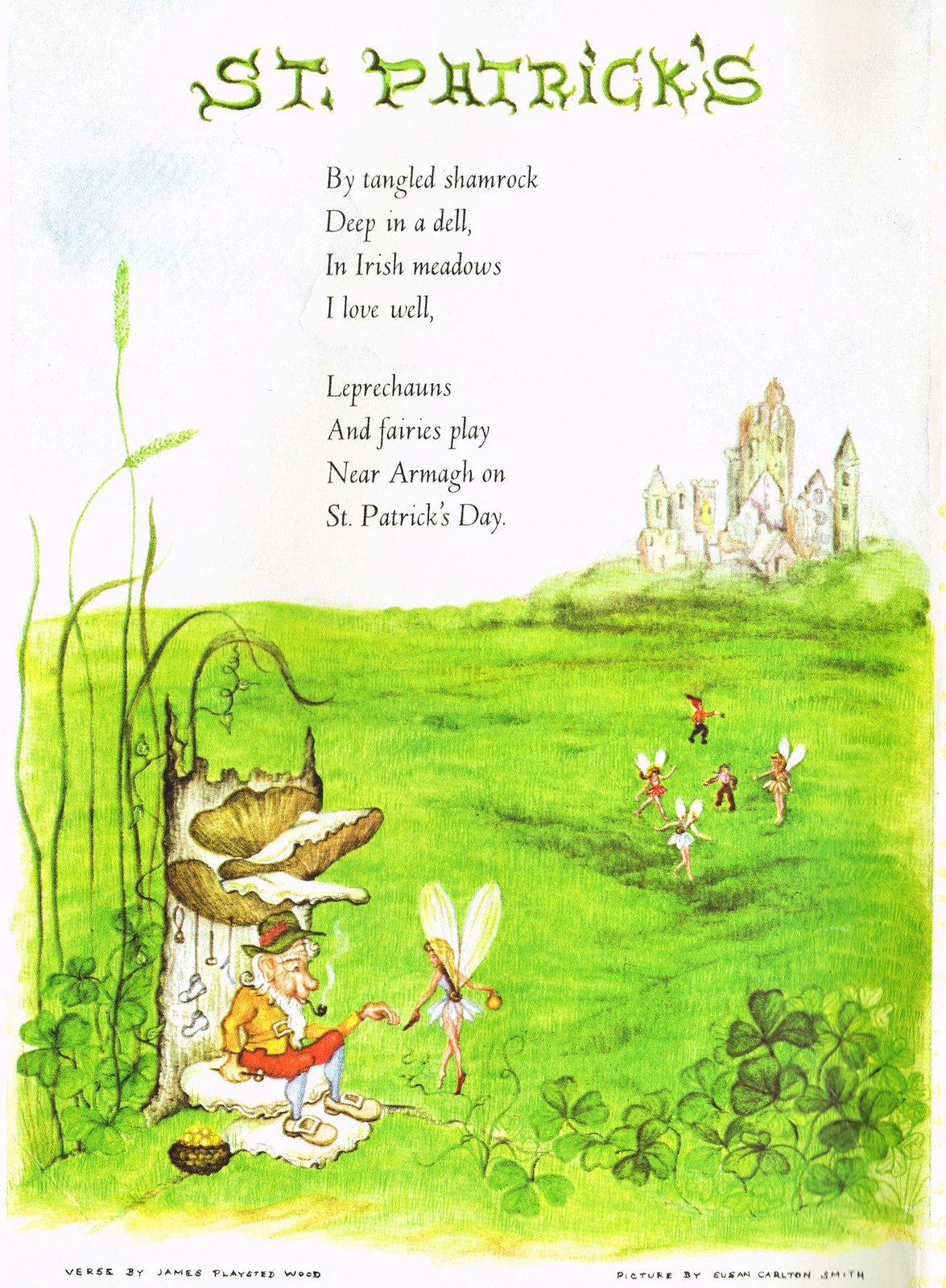 St. Patrick's Day is a Christian feast day that falls on March 17. It celebrates St. Patrick, a Romano-British Christian bishop who converted the pagan Irish to Christianity in the 5th century.

He was made a patron saint of Ireland as a posthumous reward for his tireless efforts, which he recounted in an autobiographical letter. “The love of God and his fear grew in me more and more, as did the faith, and my soul was rosed, so that, in a single day, I have said as many as a hundred prayers and in the night, nearly the same. I prayed in the woods and on the mountain, even before dawn. I felt no hurt from the snow or ice or rain.”

Given the holiday's heavily religious roots, why is the leprechaun is associated with St. Patrick's Day? In popular culture, St. Patrick's Day is less of a liturgical holy day and more of a celebration of all things Irish. This includes the evergreen leprechaun, who magically captures both the heritage and hue of the historic Emerald Isle.

Children enjoy celebrating St. Patrick's Day, and a recent trend is a nod to their trickster side: kids and their parents set “leprechaun traps” each year. If the kids wake up and find that there are gold coins or treasure in the trap, they will know they caught the leprechaun.