Earlier this year, Icelandic airline WOW Air announced an incredible deal: cheap flights from California to select European cities. Now, to celebrate the airline's addition of four new routes, WOW is back with another amazing offer. For just $99, travelers can fly from some of the Midwest's most bustling cities all the way to Reykjavik—Iceland's capital city.

Aiming to elevate the country's most “underserved” region, WOW Air has added Cleveland, Cincinnati, Detroit, and St. Louis to its ever-growing list of serviced cities. These new locations increase its American destinations—which already include Boston, Chicago, Los Angeles, Miami, New York, Pittsburgh, San Francisco, and Washington, D.C.— from 8 to 12. By adding these much-needed stops in the Midwest, WOW Air continues to solidify its increasingly prominent position as a major budget airline.

So, why Iceland? In addition to being WOW Air's home base, the country has a lot to offer. From its otherworldly landscapes to its spectacular views of the Northern Lights, Iceland remains renowned for its natural beauty. If, however, the Nordic nation isn't on your list of desired destinations, you can easily treat this deal as a means to an end. From Reykjavík, WOW Air passengers can catch round-trip flights to European cities like Berlin, Dublin, London, or Paris for as low as $248.

If you'd like to book your cheap flight from Cleveland, Cincinnati, Detroit, or St. Louis, visit the WOW Air website. While you can reserve your tickets now, flights from these locations start Spring 2018. 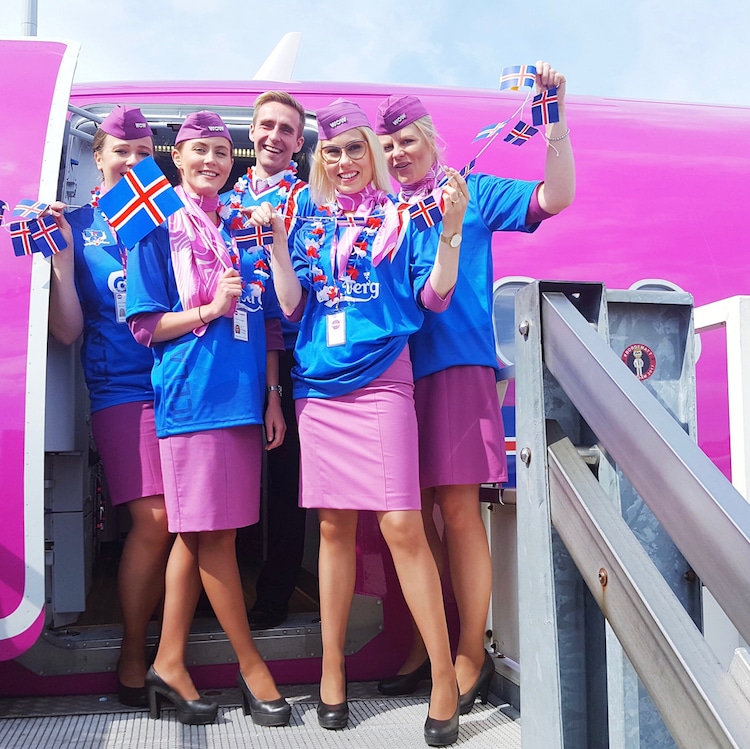 In addition to being the airline's home-base, Iceland is a destination with a lot to offer.

All images via WOW Air unless otherwise stated.

Airline Announces Cheap Flights to Europe for Under $100 Round Trip