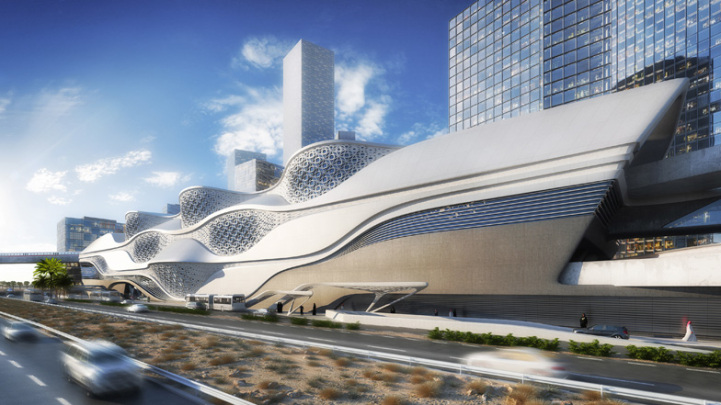 World renowned architect Zaha Hadid has just won a competition to design the new metro station for Saudia Arabia's capital city Riyadh. The city's population has doubled since 1990 and is now home to more than 5 million people. Due to this large influx of citizens, the city has now started planning a brand new metro system to better aid them in their day to day life.

Located in the King Abdullah Financial District, Hadid architect's proposal is a four story building that will feature six train platforms, two levels of underground parking, and even access to the cities pre-existing monorail line by use of a sky bridge. Much thought has been given into diminishing congestion by using a series of pedestrian walkways that run throughout the building without interfering with commuters and travelers.

Other design aspects of this project are the undulating waves featured on the walls and roof that are meant to symbolize Saudia Arabia's rolling desert dunes and give the building its unique fluid look. The structure's woven latice facade is designed to allow natural light to enter the interior of the station without causing a harsh glare. The estimated completion date of this project is 2017 and is sure to be an iconic landmark for the city of Riyadh. 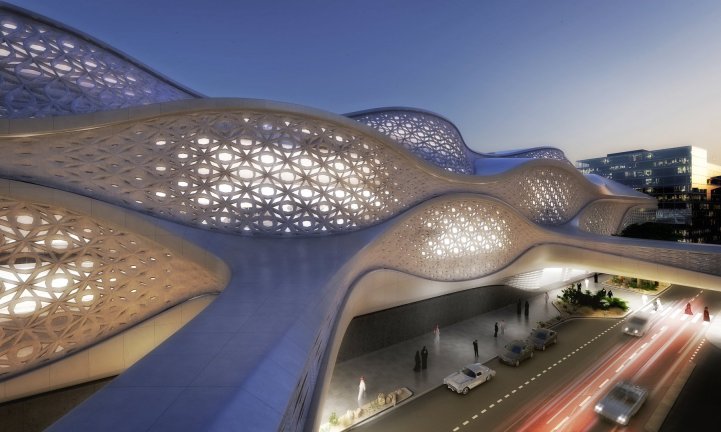 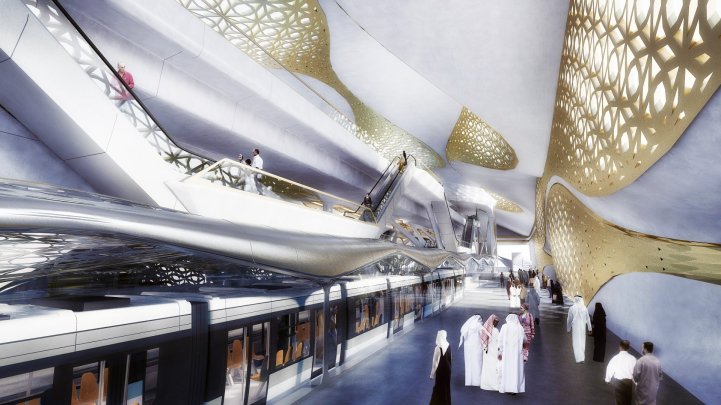 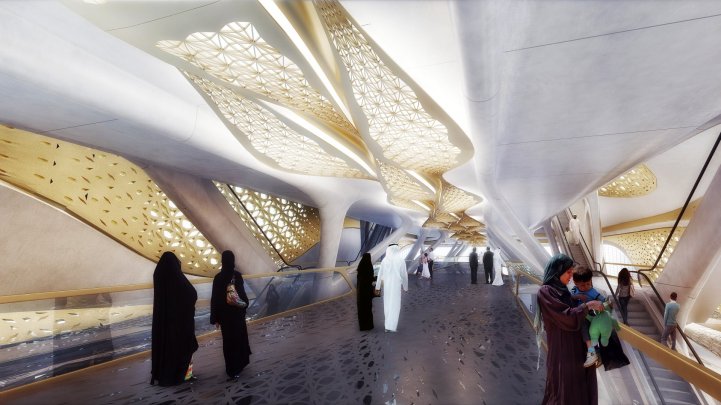 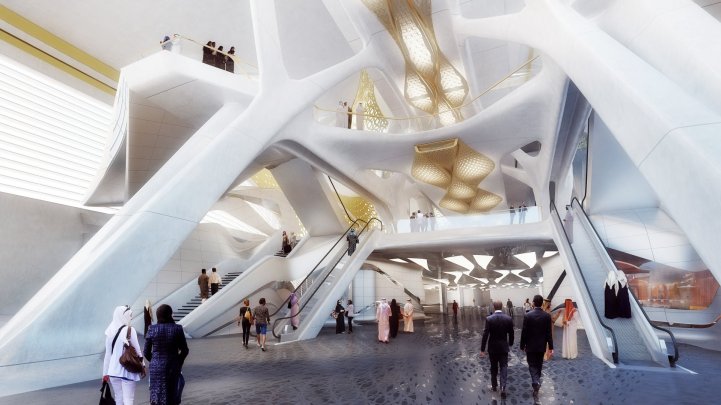 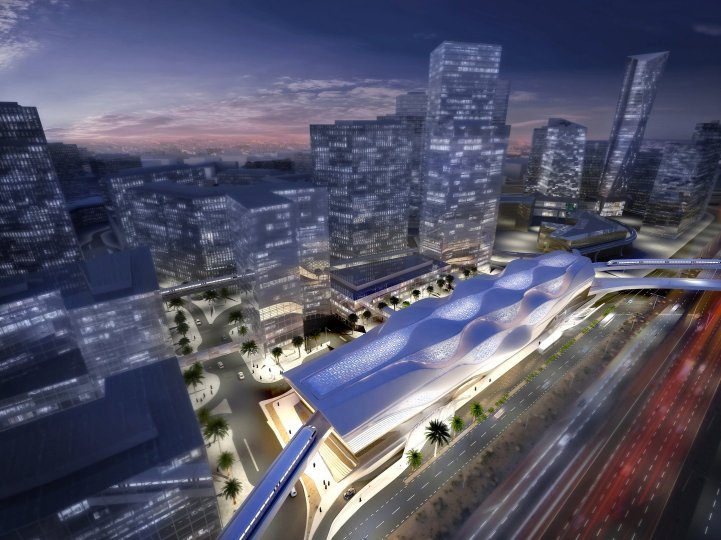