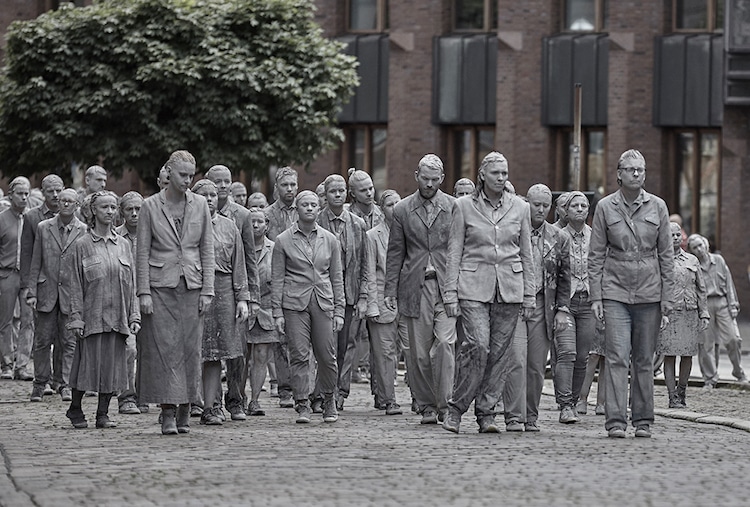 Leaders from across the globe met in Hamburg, Germany for the 12th G20 Summit last week. Intended as a means to discuss “issues of global significance,” this year’s event focused on trade, the ongoing refugee crisis, counter-terrorism, and women’s workplace rights. In addition to presidents, prime ministers, and chancellors, the summit attracted 1000 GESTALTEN—a collective composed of “people from the fields of art, crafts, and communication”—to the city, where 1,000 of its clay-covered members marched in the street.

Using the G20 Summit as a platform for their protest, the group executed a 2-hour-long performance art piece. The unique spectacle featured a large group of individuals doused in dust. This fascinating effect turned everything from their suits to their skin grey, giving them a zombie-like, ghostly appearance intended to represent societal oppression. Thus, while covered in this symbolic substance, the protestors remained silent and somber. However, later in the performance, they shed their dusty garments and solemn expressions, revealing colorful t-shirts and smiling faces.

According to 1000 GESTALTEN, this piece acted as a call for both attention and solidarity. “We cannot wait until change happens from the world’s most powerful, we have to show political and social responsibility—all of us—now!” a spokesman for the collective said in a statement. “Our campaign is a further symbol for the fact that many people do not want to put up with the destructive impact of capitalism any longer. What will save us in the end is not our account balance but someone who will offer their holding hand.”

In light of the G20 Summit, the 1000 GESTALTEN collective held a performance art protest in which 1,000 of its members covered themselves in ghostly grey clay. 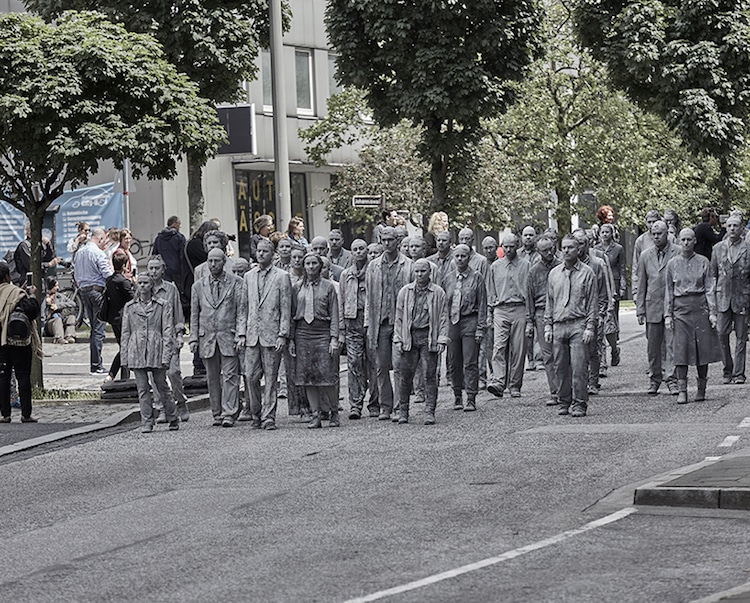 While disguised in this substance, the protest art participants marched silently and solemnly. 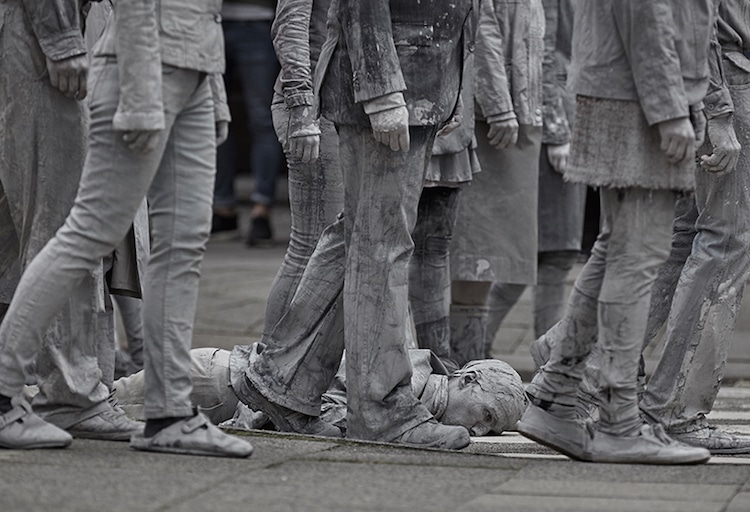 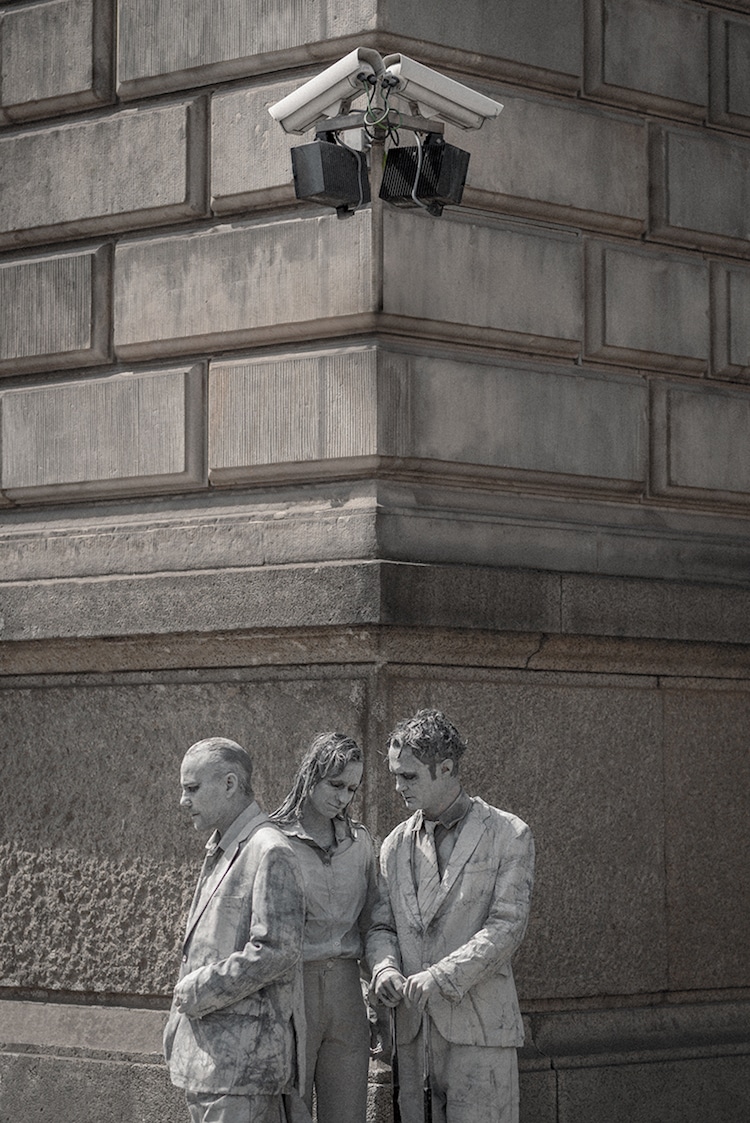 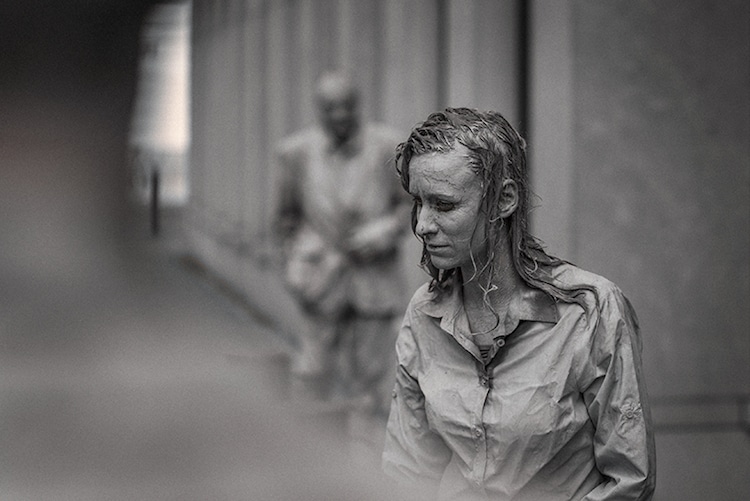 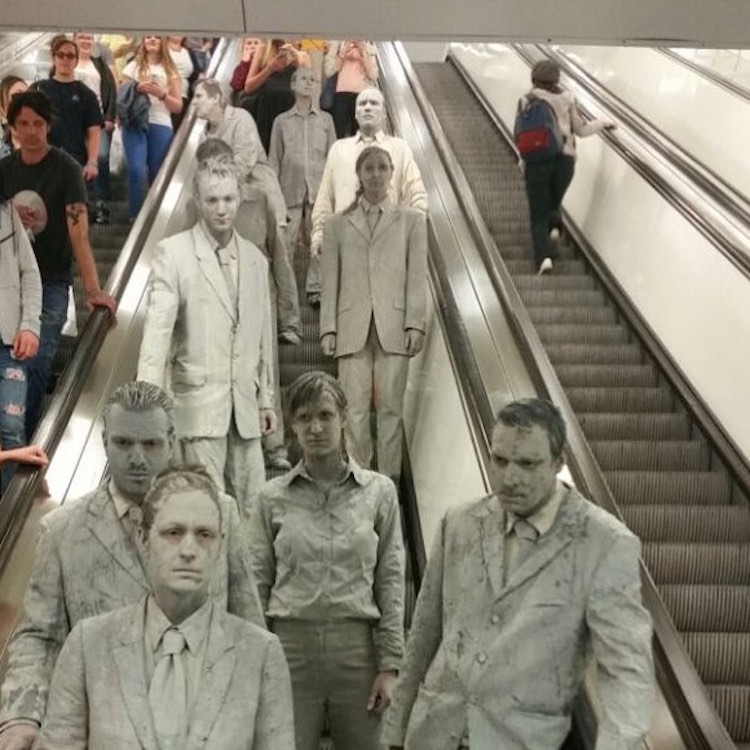 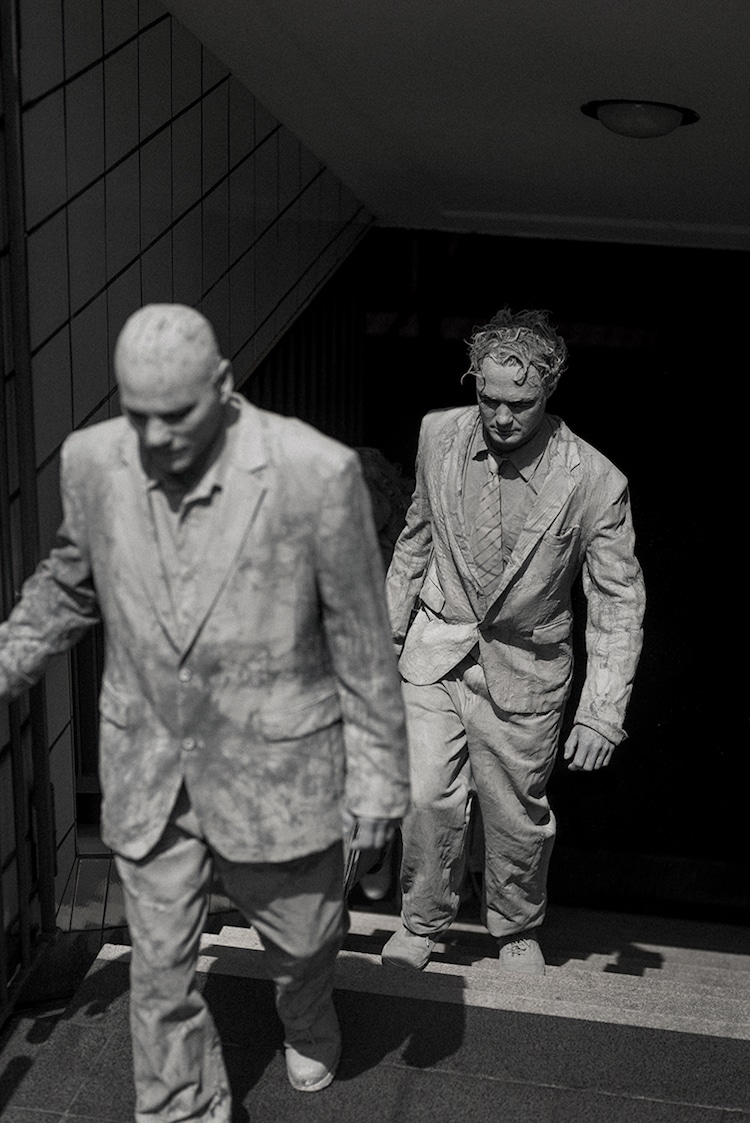 Later on, however, they shed the outer shells and colorfully celebrated their transformation. 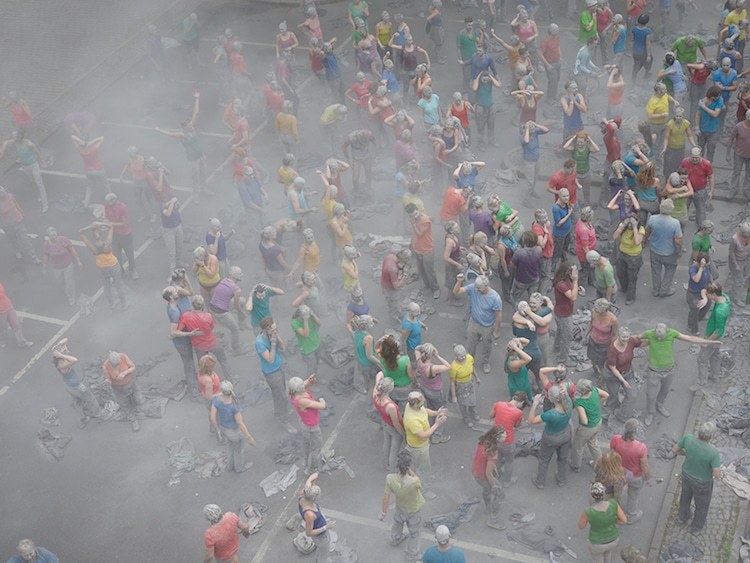 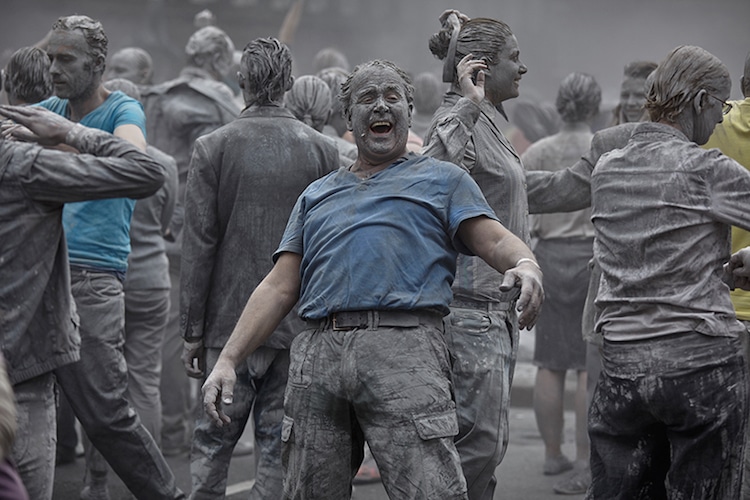 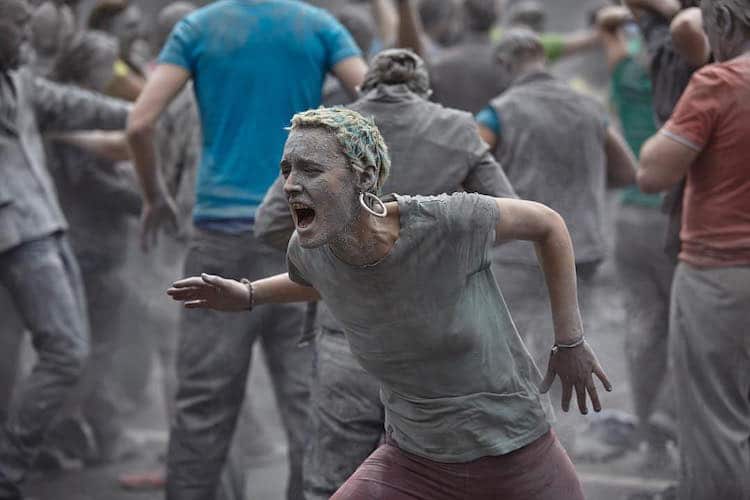 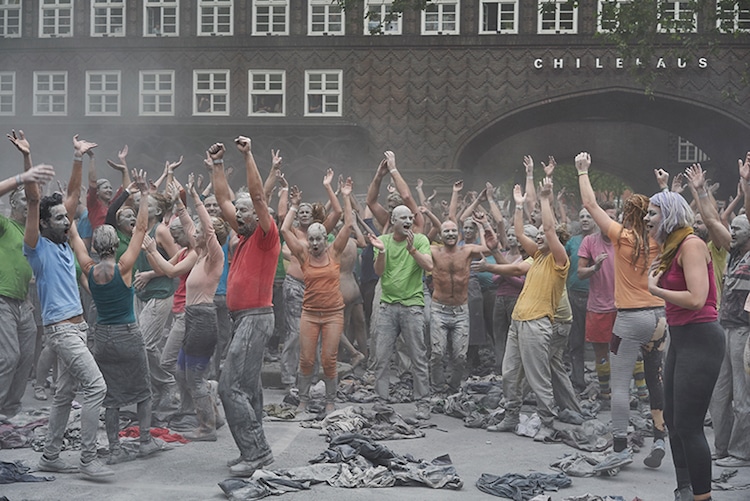 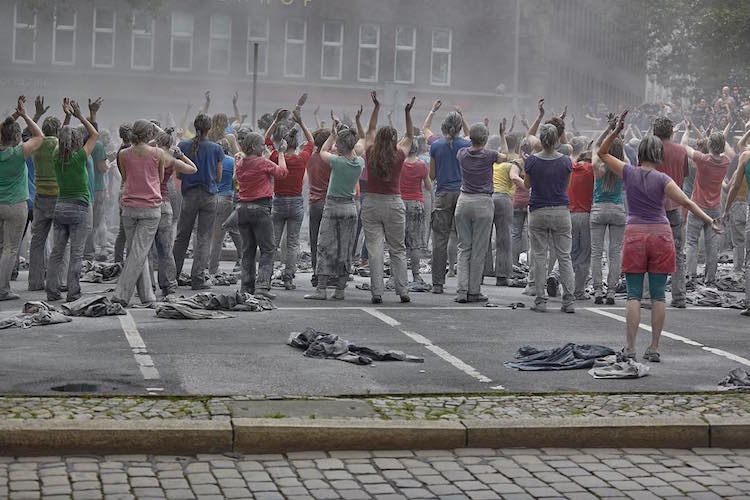 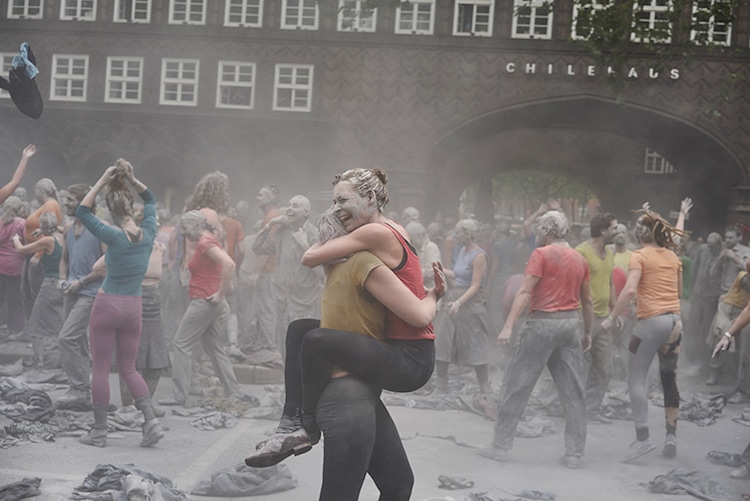 All images via 1000 GESTALTEN unless otherwise stated.

19 Inspiring Signs Protesting the Immigration Ban from Across the U.S.