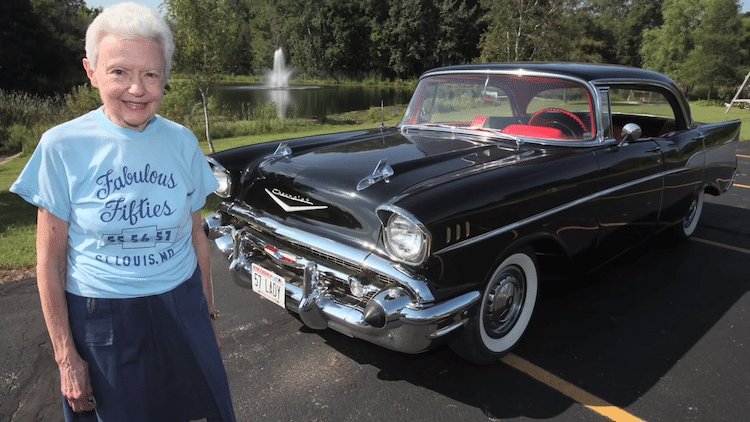 According to the latest report from IHS Automotive, the average person buys 9.4 cars in their lifetime. For many drivers, however, it can be hard to let go of a car you really love. This was the case for an elderly lady named Grace Braeger. She bought a 1957 Chevrolet the same year it was released and has been driving it ever since—that’s 64 years!

In 1957, Braeger bought the car for $2,250, just before the 1958 models were released. Her particular car was a demonstrator, meaning it was used as a display model in the car dealer’s showroom. The '57 Chevy, as it is often known, is an auto icon. At the time of its release, it was popular among drag racers, and a later model (Chevrolet 409) even inspired the Beach Boys song, 409. The '57 Chevy is now a highly sought-after collectible classic car, but Braeger isn’t keeping it as a status symbol. She continues to drive it simply because she loves it.

In a video produced by Milwaukee Journal Sentinel, Braeger is interviewed about her car. “I chose to keep the car all these years because I had no reason to give it up,” she says. “I had no major problems with it.” Today, Braeger doesn’t drive too far, but she has used her '57 Chevy for long journeys in the past. And surprisingly, the classic car is in almost-perfect condition. “I was raised during the Depression, and we learned to take care of things,” reveals Braeger. “I think that’s had a major bearing on my still having this car today.”

Watch Braeger talk about her '57 Chevy below.

Grace Braeger bought her 1957 Chevrolet 64 years ago, and it’s still the only car she drives today.