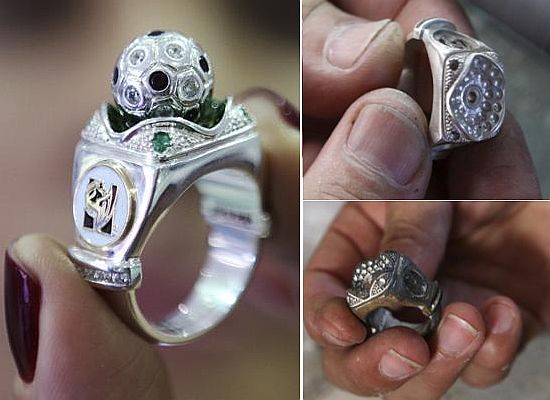 Colombian jeweler Enrique Vasquez has won the rights to produce the official 2010 FIFA World Cup rings. This is the first time official World Cup rings, which feature soccer balls, stadiums, and the flags of the 32 participating countries, have been made for FIFA.

The collection includes seven platinum rings to be sold for $250,000 apiece, each encrusted with 220 emeralds. Thirty-three white gold rings are being made for $70,000 per piece, each with 36 emeralds and an array of South African diamonds. And there will also be 1,970 rings made of gold and silver which will be sold for $2,500 each. Each ring in this particular set will feature four emeralds.

Of the seven platinum rings, one will be donated to FIFA. One gold ring will be given to UNICEF, to recognize their work with disadvantaged children around the world, and another gold ring will be presented to the player voted as the tournament's most valuable. 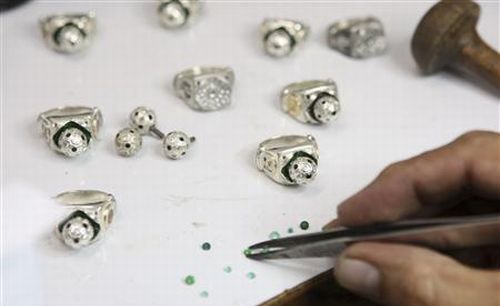