5 Amusing Snow Globes That Will Make You Look Twice 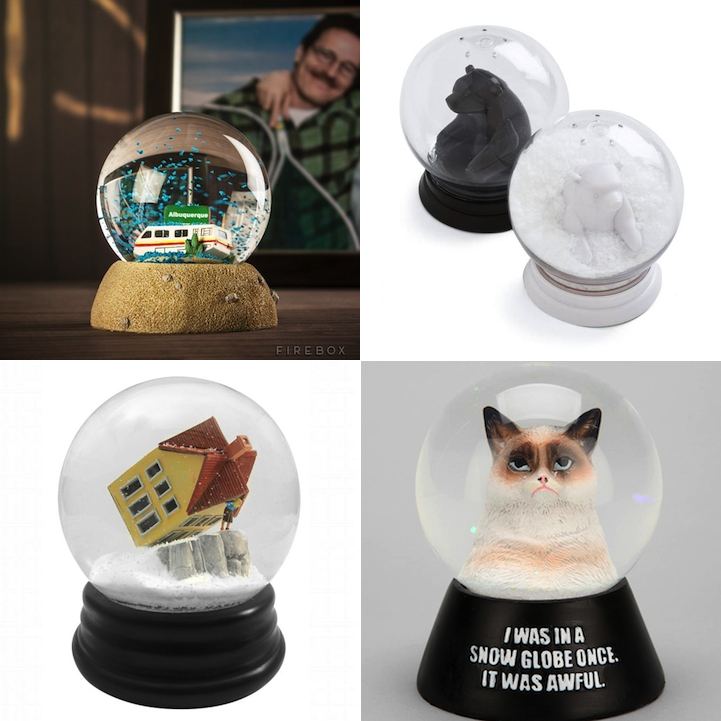 The winter holiday season is upon us and that means hot chocolate, peppermint candy canes, and eggnog. It also means snow globes! It's the one time of year when a shakable model of a snowstorm is a desired decor piece to proudly display in your home. Of course, there are the traditional snow globes of cabins in a forest, evergreen trees, or even cityscapes coated in white flakes, but it's those few unique ones that will really catch one's eye. We've rounded up five of the best snow globes that will not only stand out in a crowd, but will totally make you do a double-take! 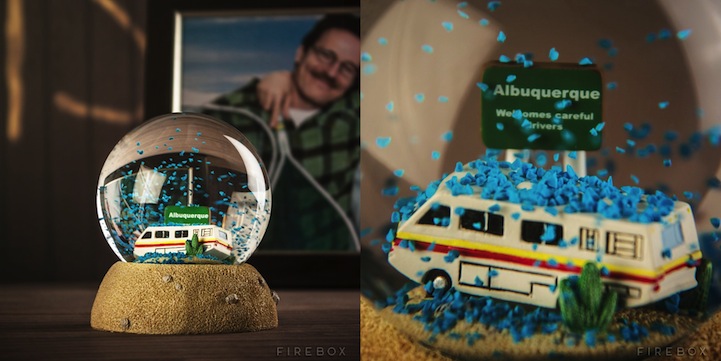 Blue Sky Snow Globe is a clever collector's item for fans of the hit TV show Breaking Bad. Instead of white snow, the dome features little blue flakes (mimicking Heisenberg's product) sprinkling onto the iconic RV where Walter and Jesse had their first cook together. To top it all off, the sellers over at Firebox wish customers a “Methy Christmas and an A1 New Year.” 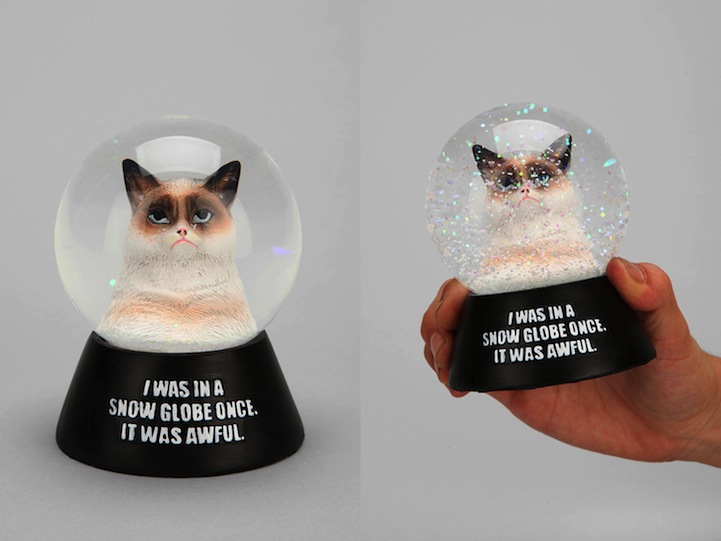 The widely popular feline affectionately known as Grumpy Cat has seen a great deal of success and now he has edged his way into the snow globe market. This hilarious handheld snowstorm features the sullen-faced kitty with a typical Grumpy Cat quote: “I was in a snow globe once. It was awful.” 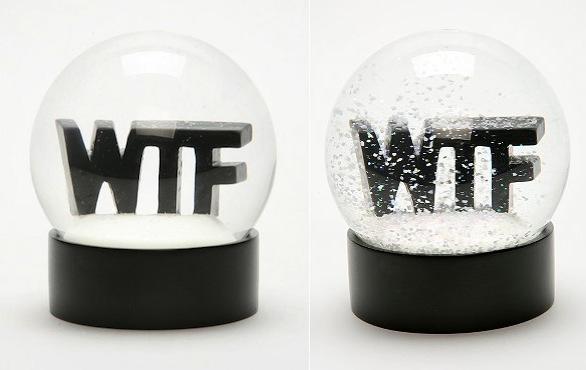 Sometimes the acronym “WTF” is enough to lighten the mood. When all else fails, shake a WTF snow globe and watch the snow flurries trickle down on the big, bold letters. 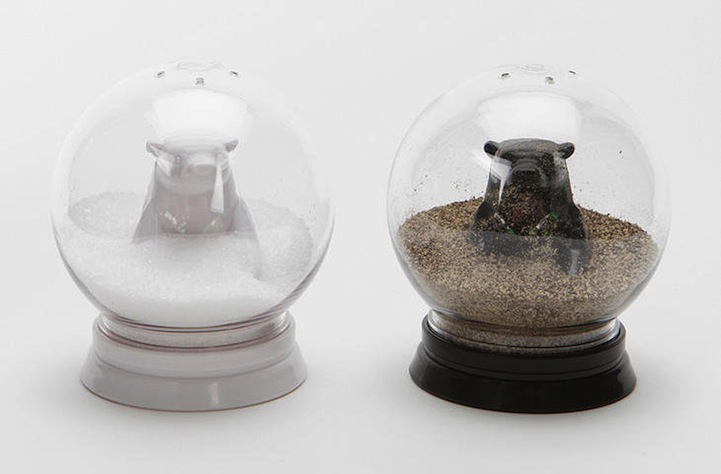 For a more functional product than a shakable paper weight, this polar bear and black bear duo is a pair of snow globes that double as salt and pepper shakers. The whimsical twosome is a clever set that is your best bet at having snow globes year-round. 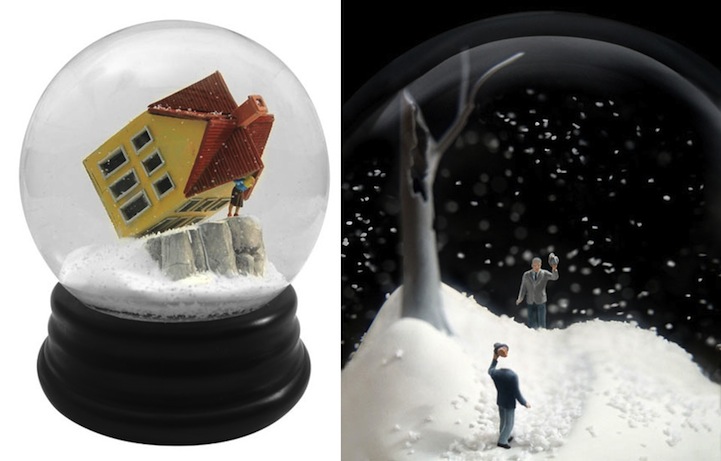 Travelers is a series of quirky and, at times, extremely odd snow globes by artists Walter Martin and Paloma Muoz. Each snow globe features a surreal scene that will either make you laugh or wonder why it's immortalized in a glass case.