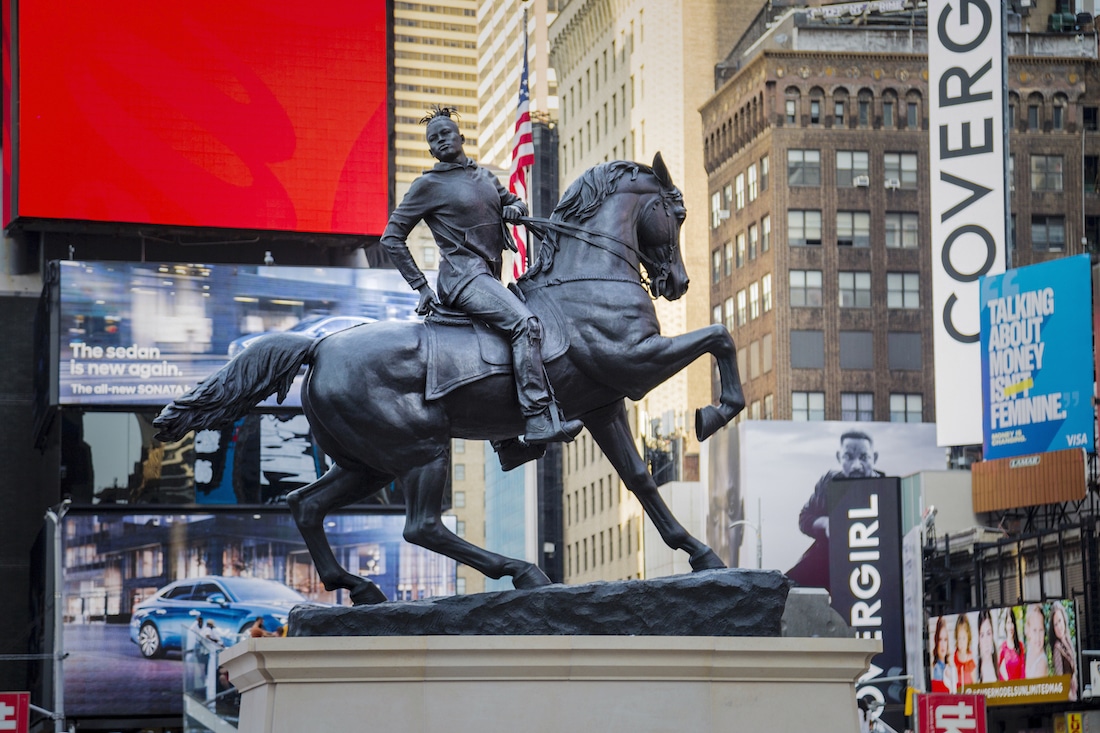 For centuries, the equestrian portrait has played a pivotal role in the politics of art. Originally reserved for members of nobility in Ancient Greece and Rome, portrayals of people on horseback eventually featured high-status sitters and, later, military figures—including Confederate soldiers in the United States. Given the controversial history of these statues, it comes as no surprise that celebrated contemporary artist Kehinde Wiley has harnessed this motif to craft his latest piece, Rumors of War.

Mounted on a stone pedestal, cast in bronze, and featuring a figure on a horse, Rumors of War follows all the rules of equestrian sculpture. What sets it apart, however, is that the person holding the reigns is not a king, well-known member of the elite, or a war hero; he, according to Times Square Arts, is a “young, African-American subject dressed in urban streetwear.”

Wiley notes that he was motivated to adopt and adapt this iconography in order to “engage its complicated visual rhetoric of warfare and heroism on an epic scale.” Aiming to have an authentic approach to this genre of portraiture, Wiley looked to a specific sculpture when crafting Rumors of War: a still-standing statue of Confederate States Army general J.E.B. Stuart in Richmond, Virginia.

Why this piece? In addition to catching Wiley's eye during a 2016 trip to the capital city, this statue is located within walking distance to the Virginia Museum of Fine Arts—the institution that asked Wiley to create the piece. “We hope that the sculpture will encourage public engagement and civic discussion about who is memorialized in our nation and the significance of monuments in the context of American history,” the museum explains.

Before Rumors of War will find its permanent home at the museum later this year, it will be on display in New York City's bustling Times Square. By giving this anonymous figure such a prominent platform—both literally and figuratively—Wiley aims to introduce viewers to a new kind of hero and, most importantly, a new kind of history. “Today we say yes to something that looks like us,” he said at the statue's unveiling. “We say yes to inclusivity. We say yes to broader notions of what it means to be an American.”

With Rumors of War, a contemporary take on equestrian sculpture, artist Kehinde Wiley comments on the “complicated visual rhetoric of warfare and heroism on an epic scale.” 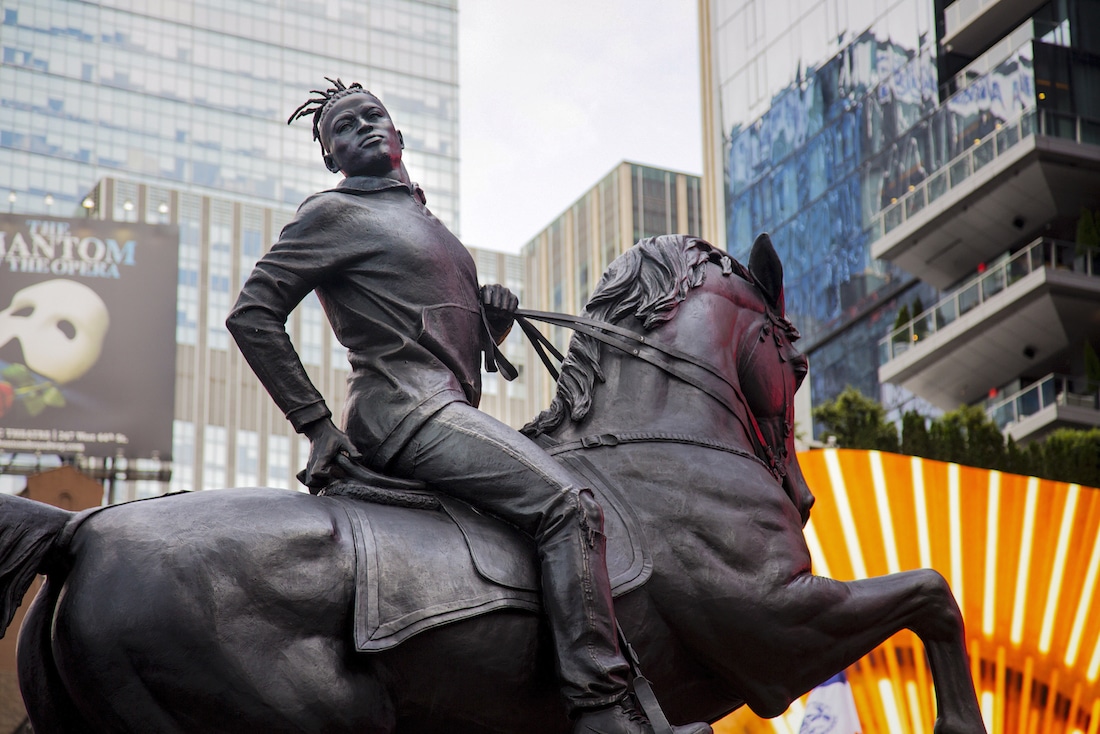 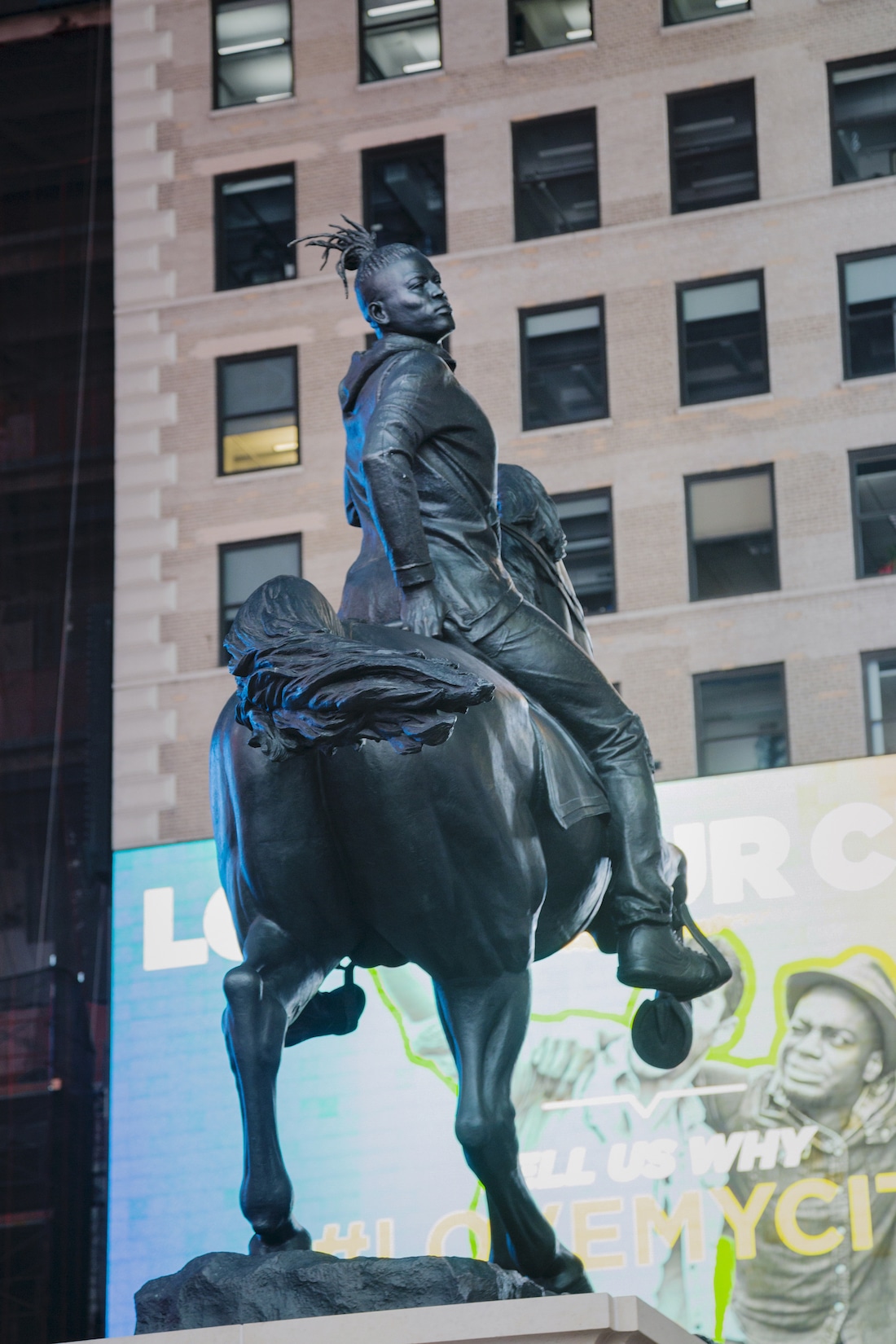 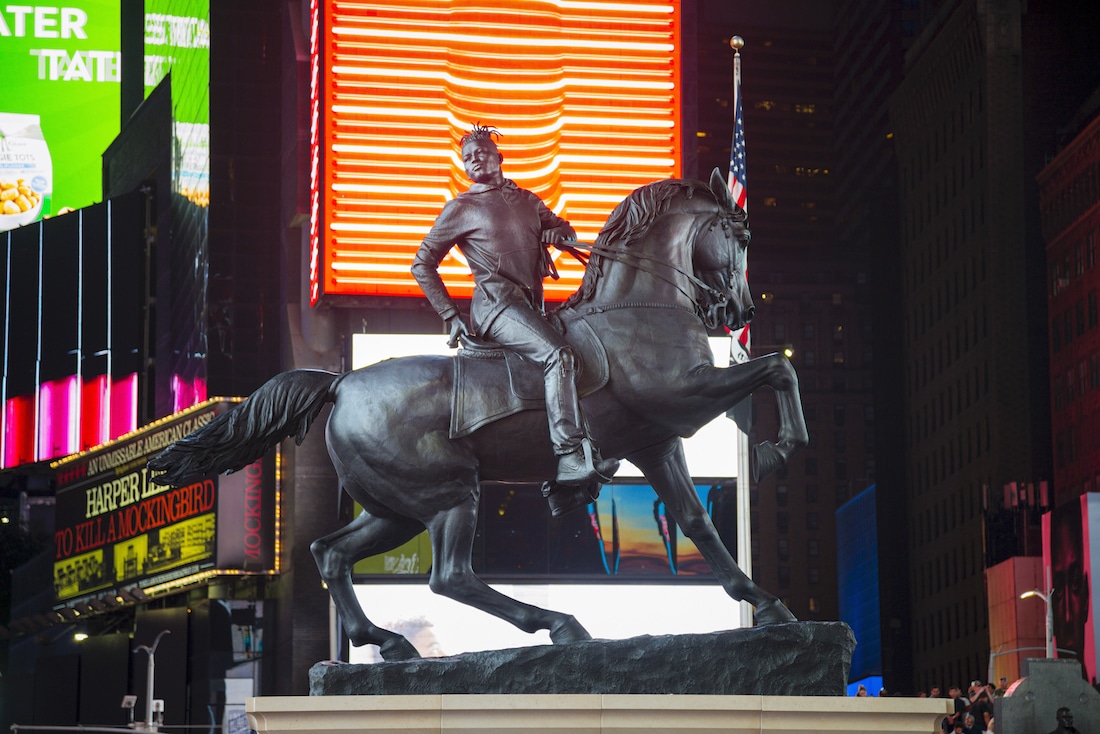 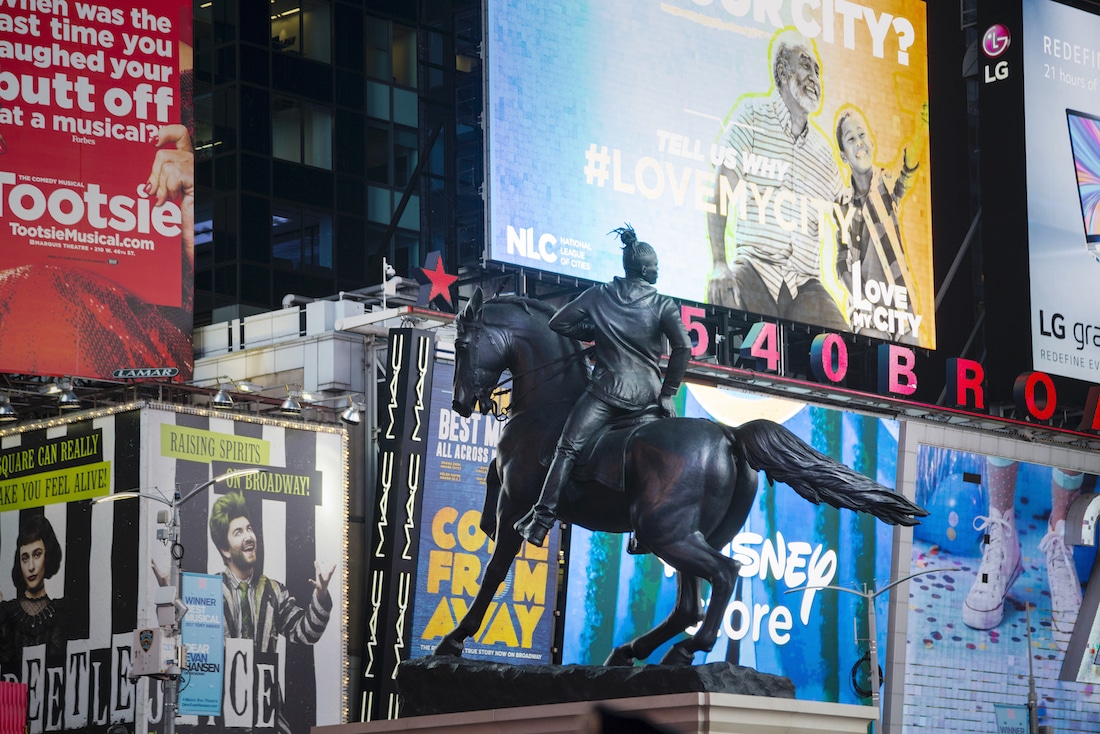 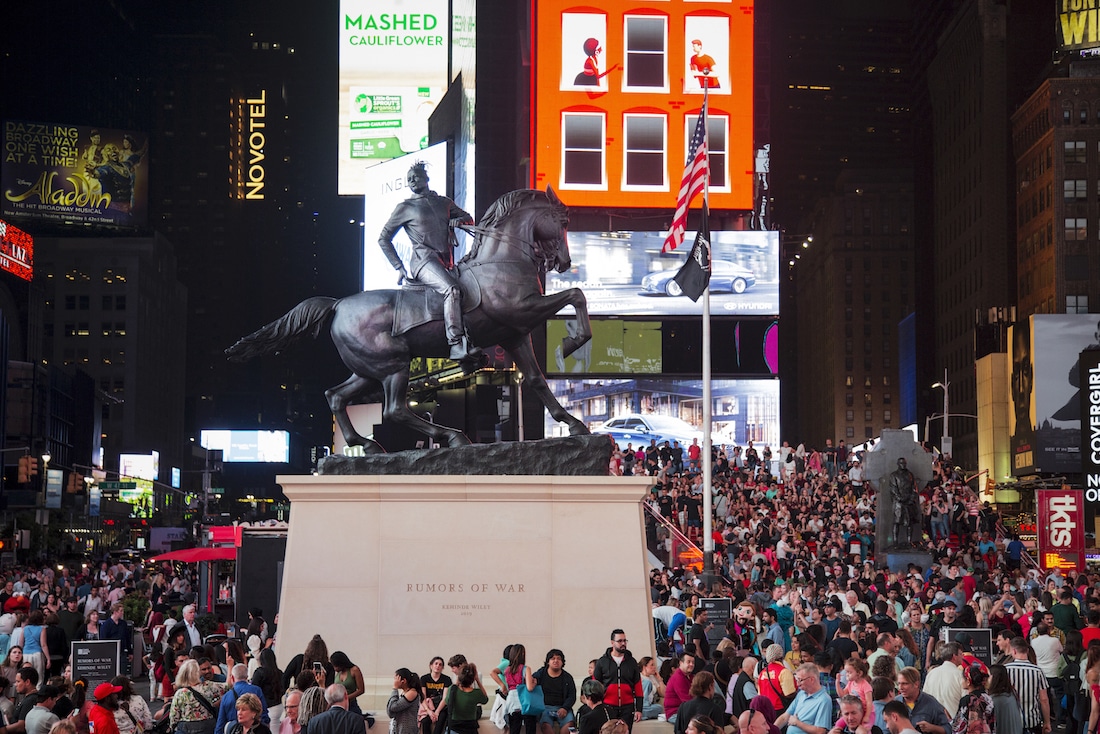 Like powerful art? Share
Like My Modern Met on Facebook
Get Our Weekly Newsletter
Become a
My Modern Met Member
As a member, you'll join us in our effort to support the arts.
Become a Member
Explore member benefits