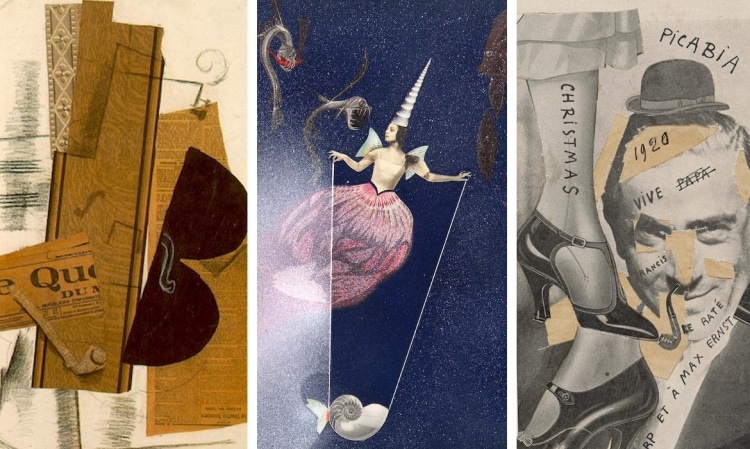 Throughout the 20th century, creatives across many movements, mediums, and styles began to explore the practice of collage art. The inventive and innovative approach to art attracted artists due to its one-of-a-kind aesthetic and unique, pieced-together process.

Beginning in the modernist period and continuing into the contemporary art world, the collage art form has undergone a series of changes as more and more artists opt to explore it. Here, we look at the cutting-edge history and ever-changing evolution of the craft, paying particular attention to the movements and artists that have shaped it.

What is Collage Art?

Coined by cubist artists Braque and Picasso, the term “collage” comes from the French word coller, or “to glue.” The movement itself emerged under this pair of artists, who began working with various mediums to create avant-garde assemblages around 1910.

Collages can be created from a range of materials, though most are made of paper or wood and often feature cut-and-pasted photographs, painted forms, or even 3-dimensional objects. As more and more modern artists began exploring the practice throughout the 20th century, these mediums became more varied and increasingly experimental.

While Cubism is most often associated with painting, its founding figures, Georges Braque and Pablo Picasso, also created collages in this style. Defined by fractured forms and deconstructed subject matter, Cubism paired perfectly with the collage approach, as it enabled artists to literally piece together a picture from dissimilar components. .

Additionally, unlike painting, collages did not risk appearing flat. This fact, according to esteemed art critic Clement Greenberg, was appealing to artists like Picasso and Braque, who focused on evoking dimensionality in their work. “Flatness had not only invaded but was threatening to swamp the Cubist picture,” Greenberg explained in a 1958 issue of Art and Culture.

In addition to painted cut-outs, newsprint and patterned paper were often employed by Cubists, as evident in Picasso's Bottle of Vieux Marc, Glass, Guitar and Newspaper and Braque's Violin and Pipe. 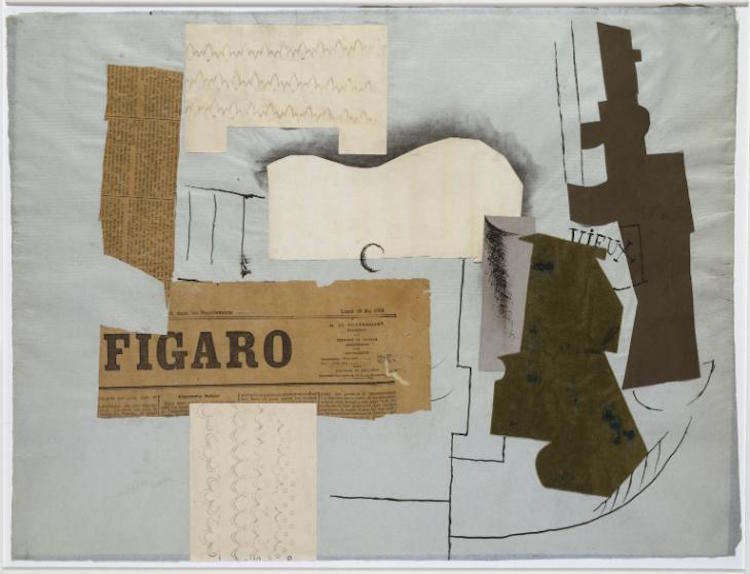 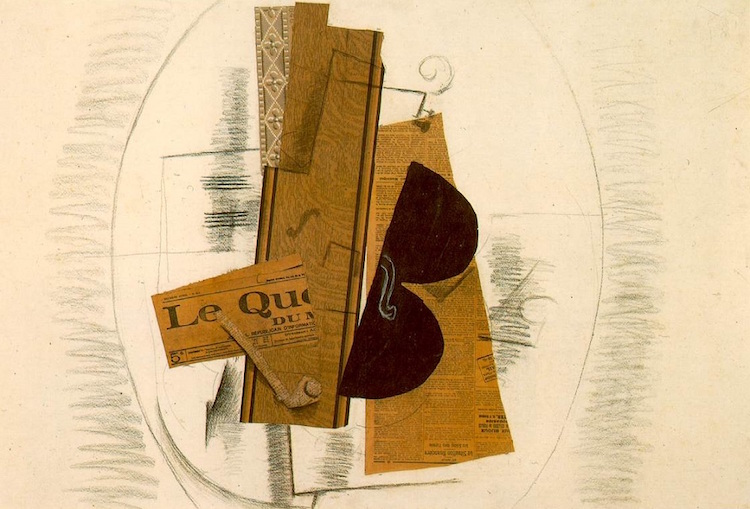 Inspired by the cutting-edge work of Picasso and Braque, Dadaist artists also began to experiment with collage in the 1920s. Unlike the cubists who favored still-life arrangements, the Dadaists created collages that incorporated a wide array of iconography, from reinterpreted portraits to figures rooted in fantasy.

Dadaists also creatively incorporated more materials into their collages than their Cubist counterparts. Members of the movement are particularly renowned for their innovative use of seemingly worthless or often overlooked items like tickets, magazine clippings, candy wrappers, and even 3-dimensional trinkets. By transforming ephemera into polished pieces, the Dadaists challenged traditional perceptions of art. 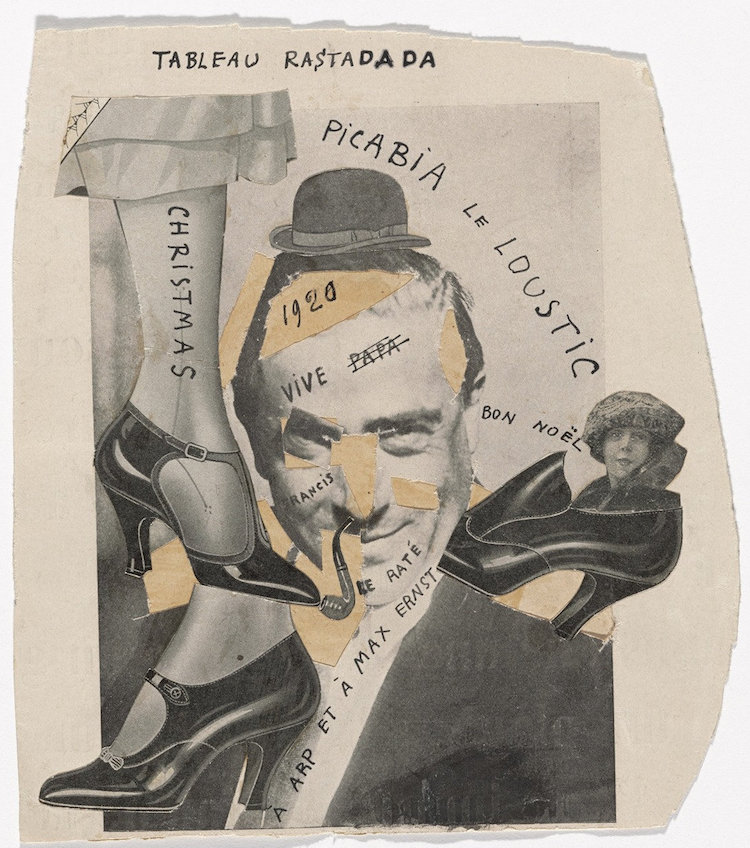 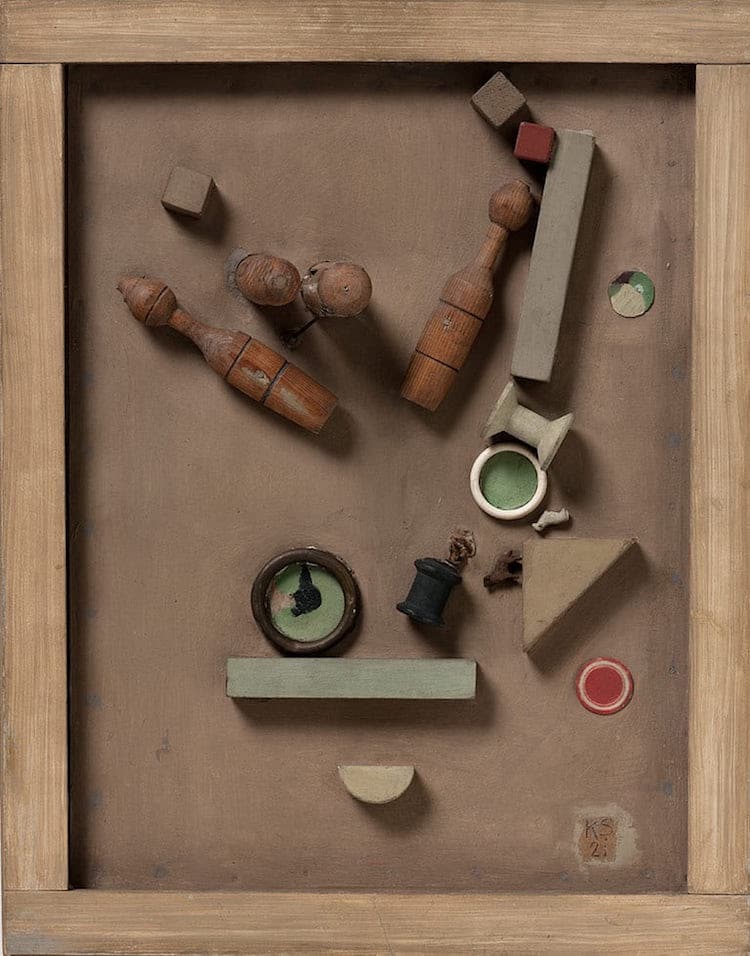 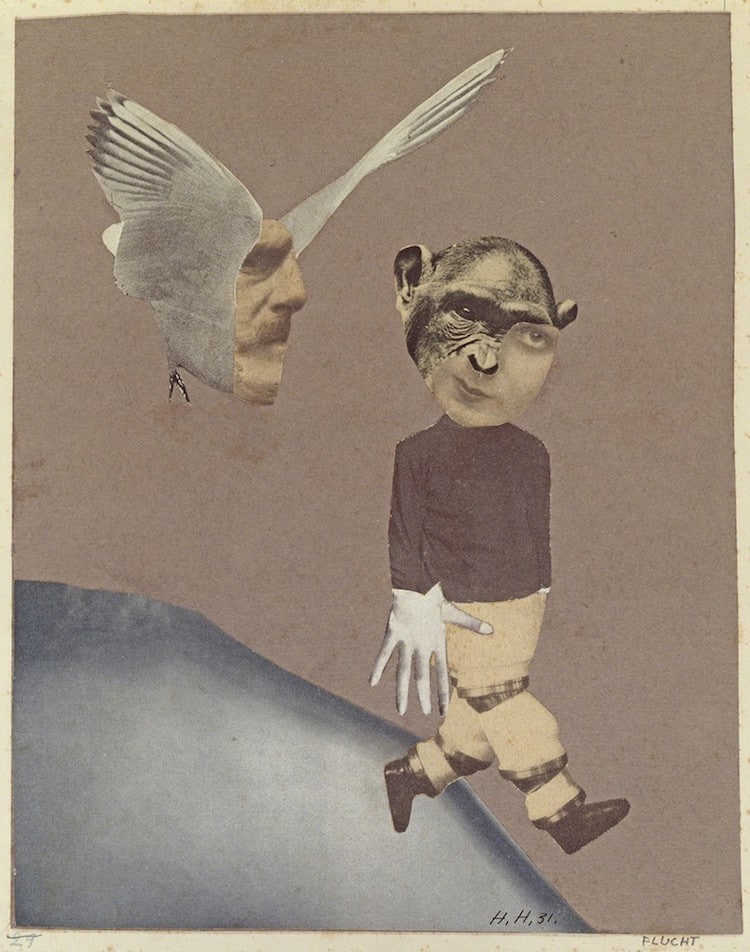 On the heels of Dada, Surrealists adopted and adapted this cut-and-paste technique. Much like their “automatic” approach to painting, these artists relied on the subconscious to produce one-of-a-kind assemblages made of photographs, illustrations, colored paper, and paint.

Abandoning the Cubists' focus on still-life, they embraced and expanded upon the Dadaists' move toward strange subject matter to create pieces evocative of a dream. This focus is exceptionally evident in the work of Joseph Cornell and André Breton, who both used the method as a means to conjure up cohesive yet entirely made-up scenes. 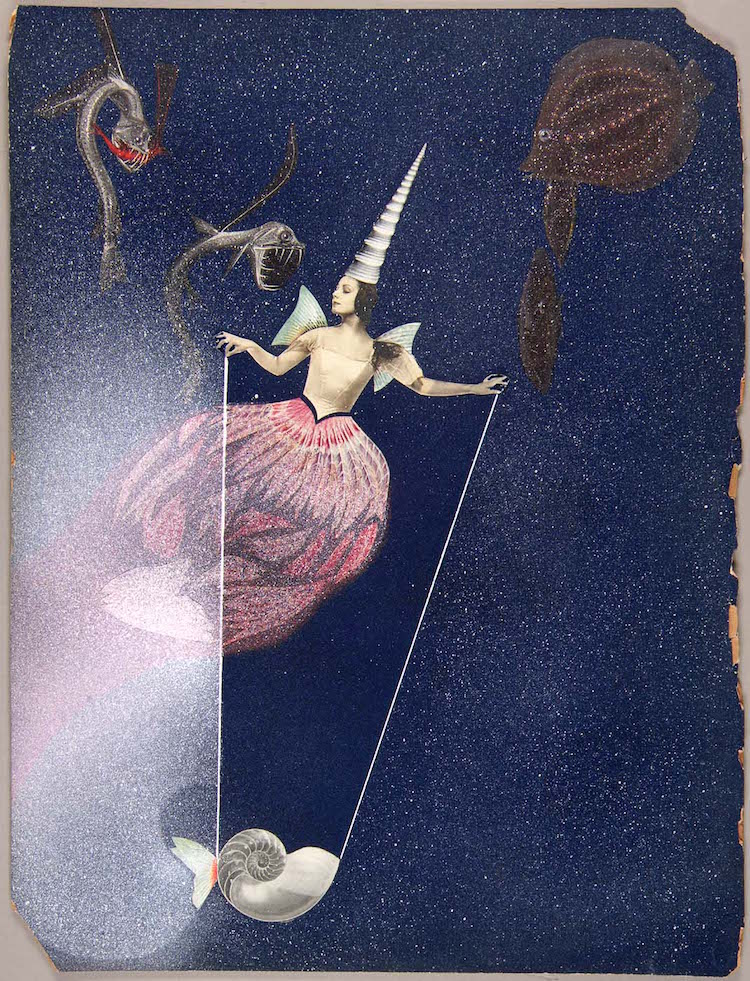 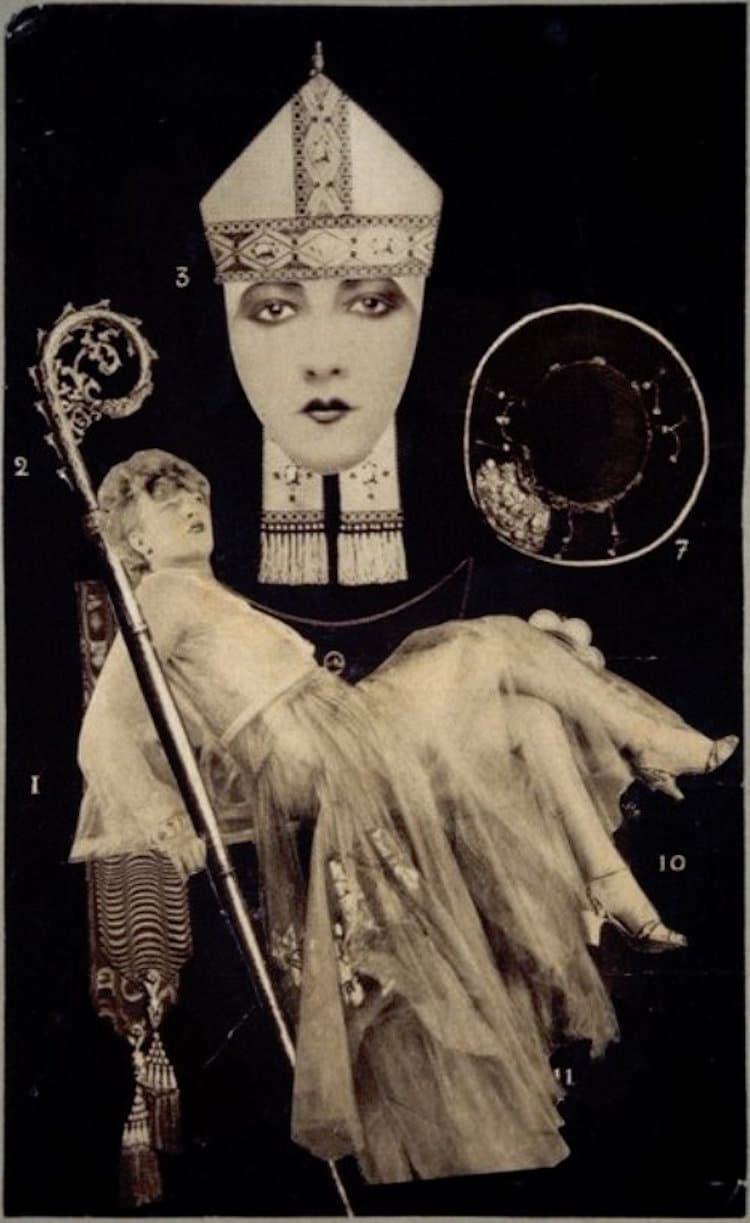 André Breton, ‘Egg in the church or The Snake' (Date Unknown)

Page 1/2
Captivated by collage art? Share
Like My Modern Met on Facebook
Get Our Weekly Newsletter
Become a
My Modern Met Member
As a member, you'll join us in our effort to support the arts.
Become a Member
Explore member benefits