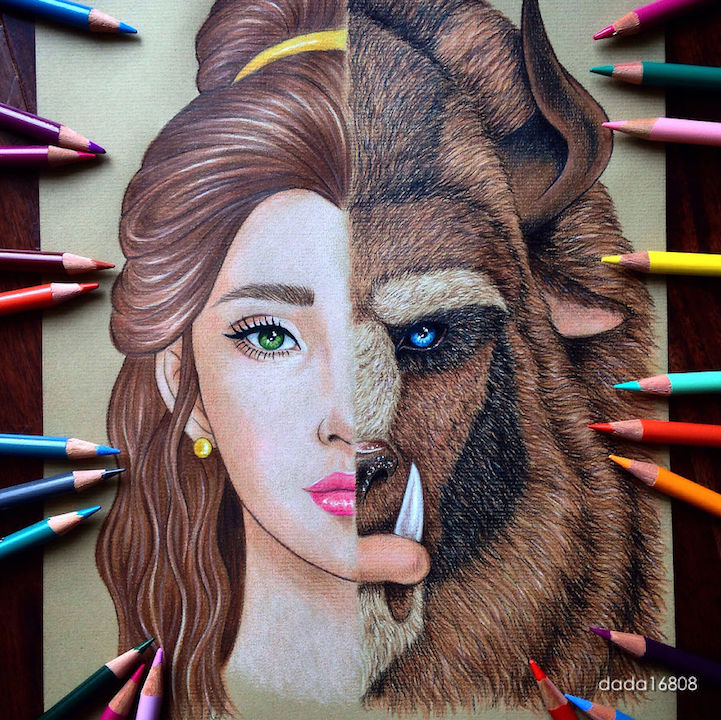 Artist Amanda Lee (aka Dada) uses the potential hidden within ordinary colored pencils to design impeccably detailed character illustrations. “Art can communicate without words,” the gifted artist proclaims. “It is a platform where I filter my emotions; it gives me passion to create.” Since she readily describes herself as a Disney and Hayao Miyazaki fan, the artist has embarked on a series of mashups that include characters from these two animation powerhouses.

Each piece in Lee's growing collection takes about ten hours to complete. Amongst her artistic tributes are a Beauty and the Beast rendition featuring Belle's human face alongside the Beast's, another depicts Mononoke Hime and Moro–a beautiful tribute to the iconic Miyazaki film Princess Mononoke–and yet another places Frozen‘s Anna and Elsa side by side.

In addition to her extraordinary mashups, the artist is currently funding a Hayao Miyazaki sticker project on Kickstarter.

Jasmine and Rajah from Aladdin 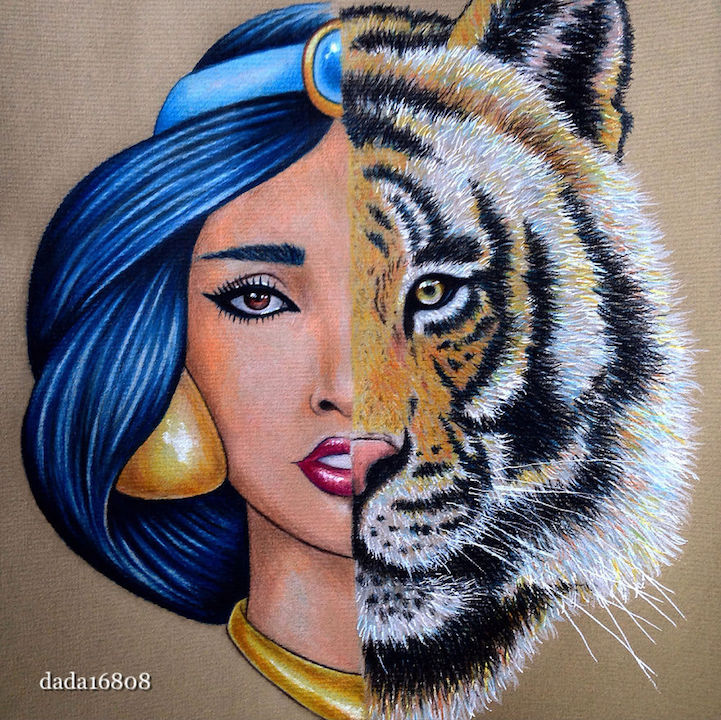 Anna and Elsa from Frozen 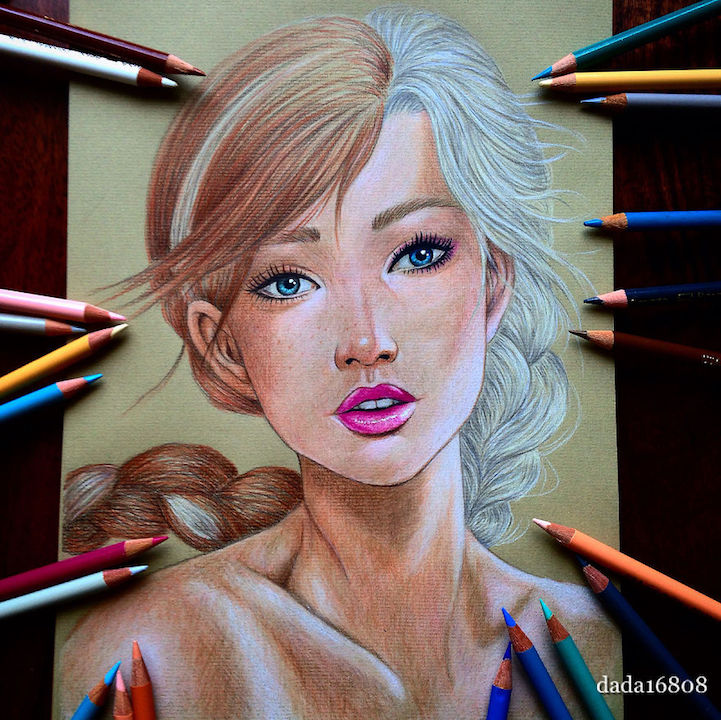 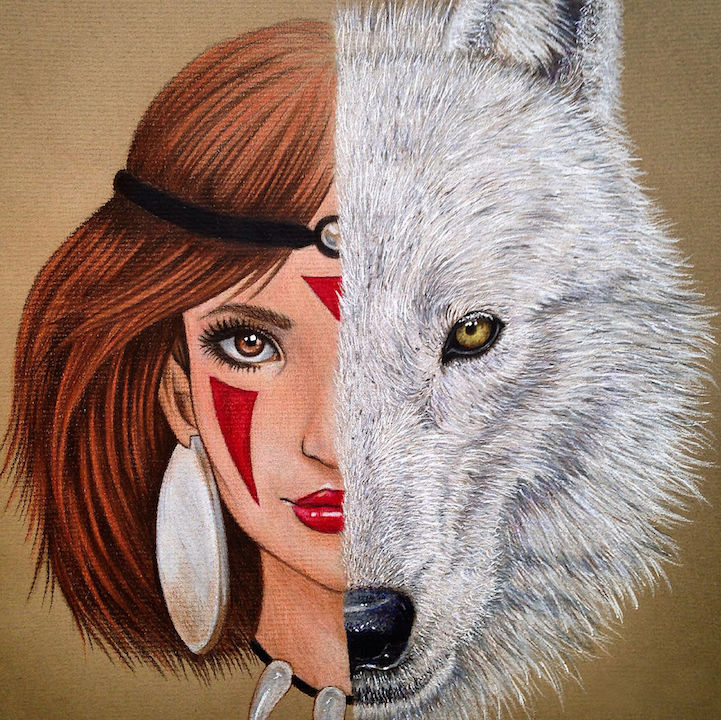 Ariel and Vanessa from The Little Mermaid 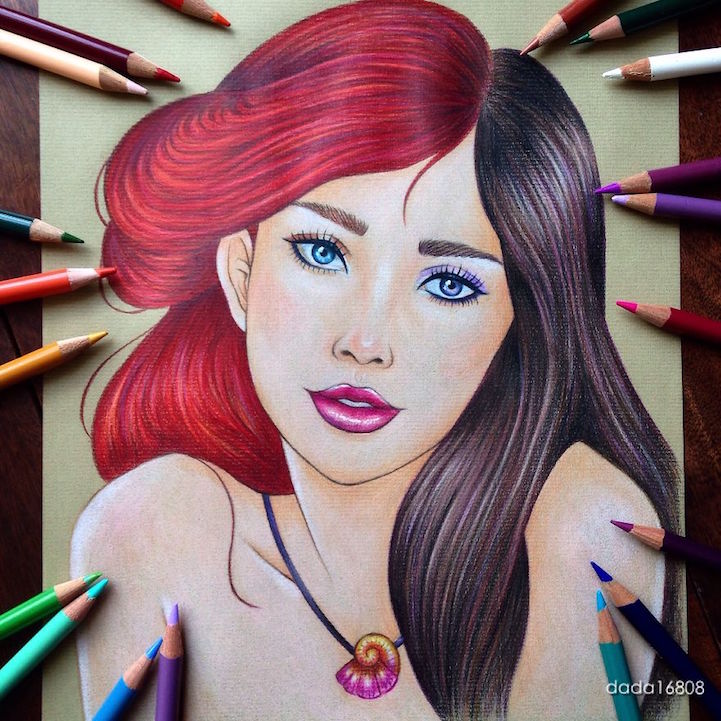 Tarzan and Kerchak from Tarzan 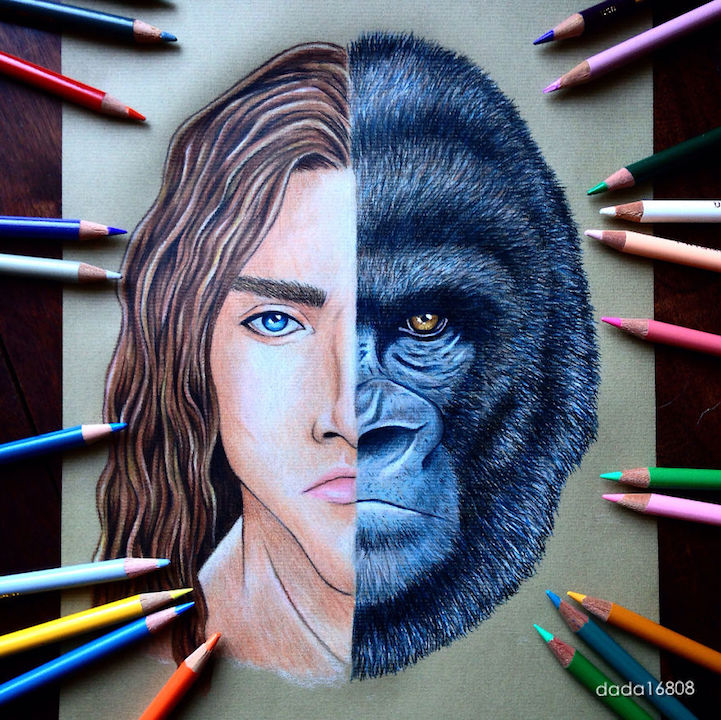 Haku and his dragon from Spirited Away 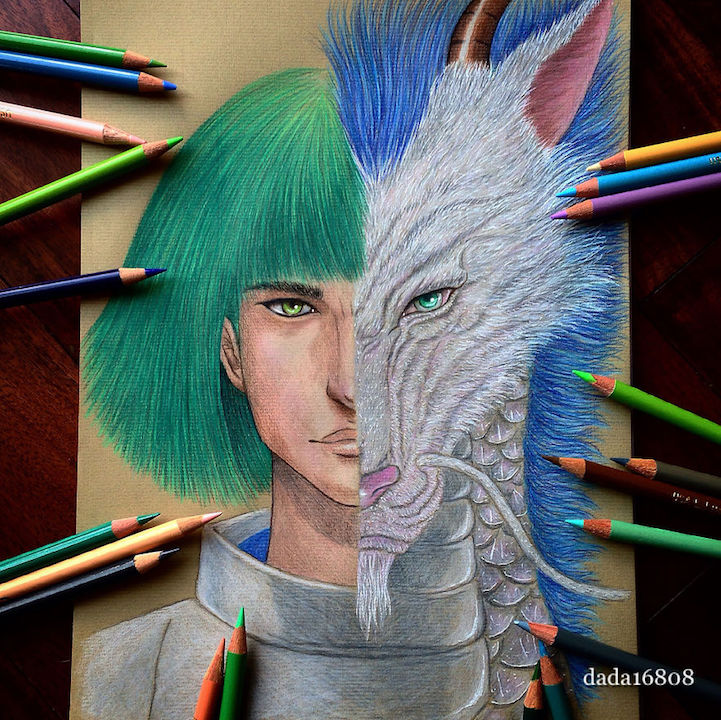