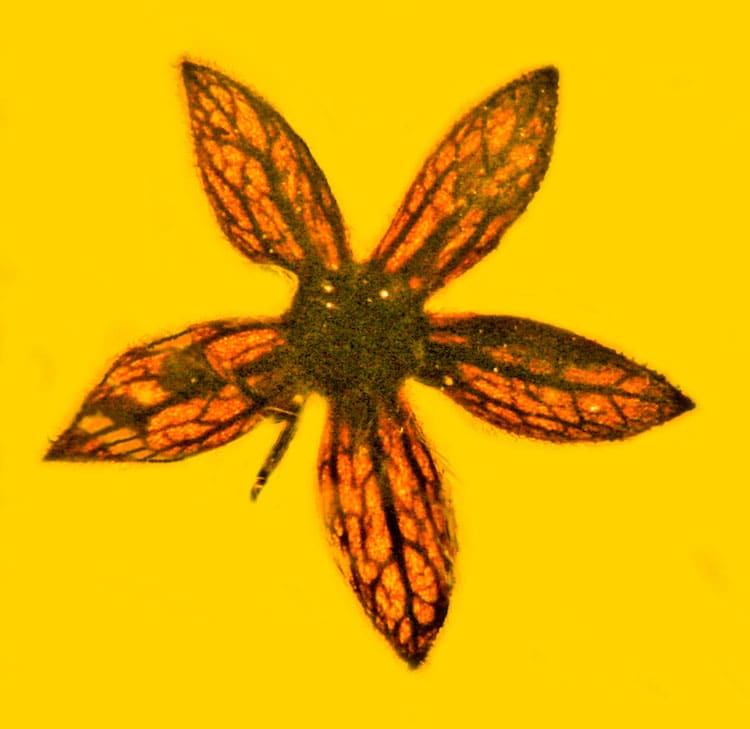 Myanmar is known for its abundance of amber fossils, everything from dinosaur tail feathers to a 100-million-year-old baby bird have recently been discovered, encased in the fossilized tree resin. And now, thanks to researchers from Oregon State University, we know much more about seven, 100-million-year-old flowers that were discovered in amber from Myanmar.

The minute flowers, which measure just 3.4 to 5 millimeters, were most likely dislodged from a tree by a dinosaur during the Cretaceous period. At the time, the area would have been a pine forest. “Dinosaurs may have knocked the branches that dropped the flowers into resin deposits on the bark of an araucaria tree, which is thought to have produced the resin that fossilized into the amber,” explained George Poinar Jr., professor emeritus in Oregon State University’s College of Science. Interestingly, araucaria trees are related to kauri pines, presently found in Australia and New Zealand.

The discovery was named Tropidogyne pentaptera by researchers, due to their five, firmly spread out petals; the Greek word for five being “penta” and wings being “ptera.” The flowers were placed in the Cunoniaceae family, which is widespread in the Southern Hemisphere. 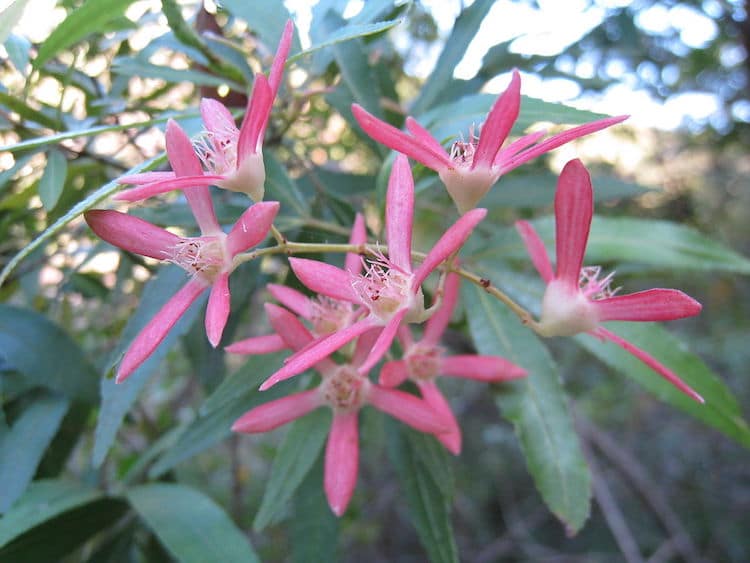 In fact, the well-preserved condition of the flowers allowed scientists to observe that the flowers closely resemble what is known as the New South Wales Christmas Bush found in Australia and Papua-New Guinea. Another closely related species is Australia's coach wood tree, which can grow to 120 feet.

So how did the distant relatives of the Myanmar discovery end up in Australia? It's actually quite simple when you remember how the continents have drifted. “Probably the amber site in Myanmar was part of Greater India that separated from the southern hemisphere, the supercontinent Gondwanaland, and drifted to southern Asia,” Poinar noted. “Malaysia, including Burma, was formed during the Paleozoic and Mesozoic eras by subduction of terranes that successfully separated and then moved northward by continental drift.” 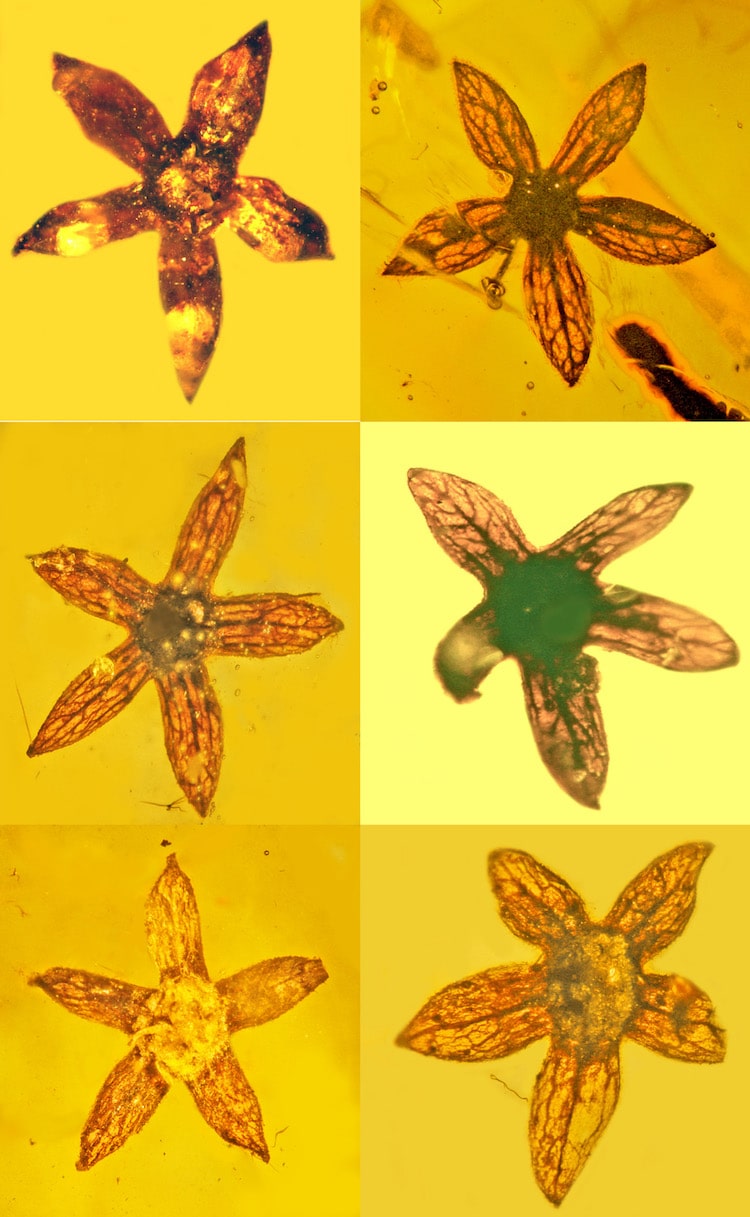