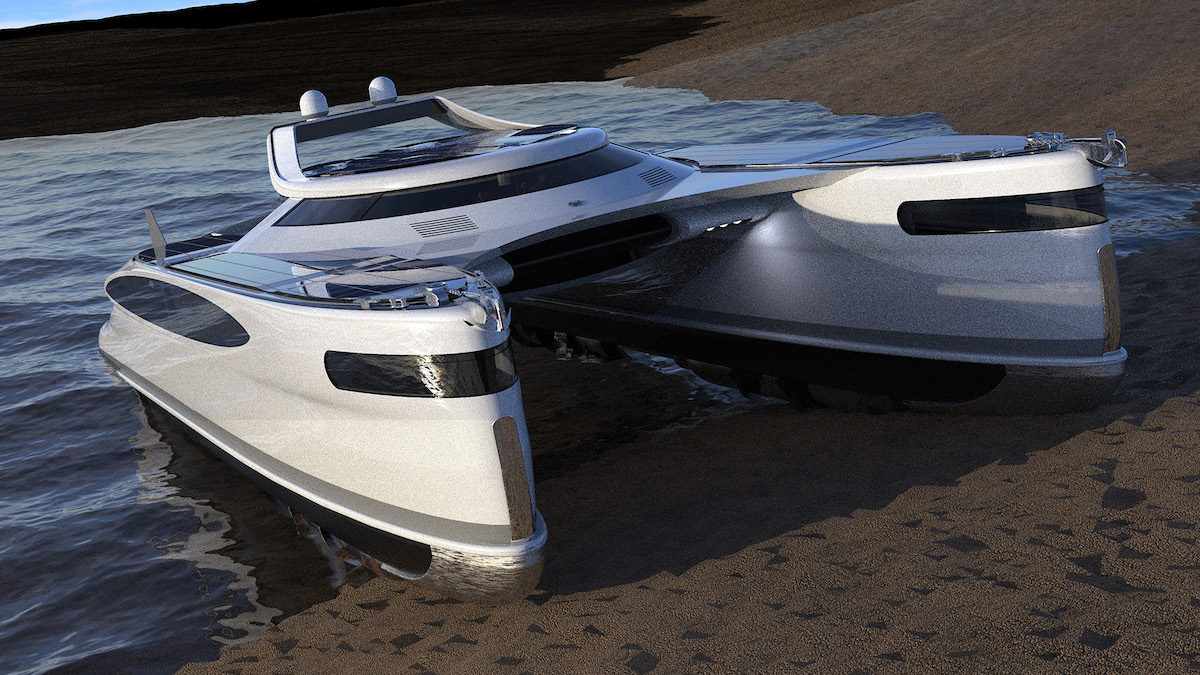 There is nothing quite as luxurious as a car that can drive on water. Pierpaolo Lazzarini of Lazzarini Design Studio has released an amphibious vehicle design that acts as a catamaran on water and also maneuvers through rough terrain on land. “Pagurus,” nicknamed the “Crabmaran,” can also partially run on solar and water renewable energy sources.

Pagurus is approximately 82 feet long and features the iconic parallel hulls defining of a catamaran. Lazzarini Design Studio’s suggestion for a default layout incorporates living space for eight passengers and four staff members, including two kitchens, two bathrooms, and up to six bedrooms. These areas are split into two sections, one on each hull. Though since this is a conceptual project, anyone with $30 million to spare could build Pagurus and customize the living spaces however they see fit. 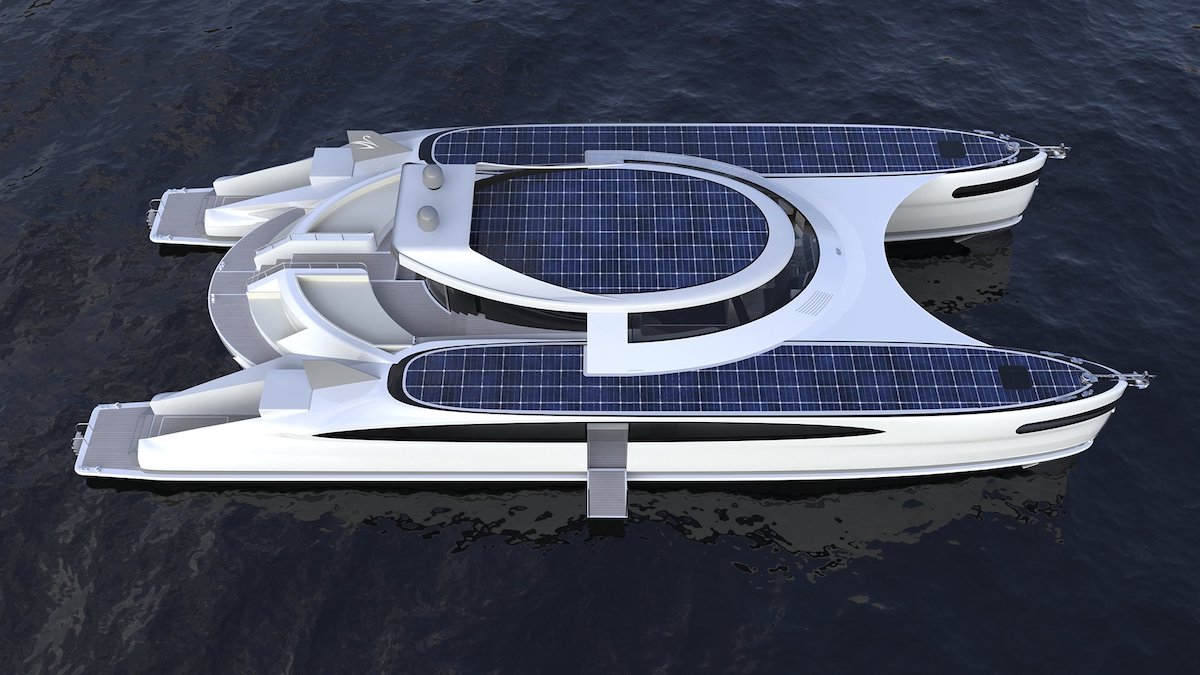 While designed for top-of-the-line luxury, the yacht can also reach surprisingly fast speeds with an estimated limit of 24 knots (or an estimated 27 miles per hour). Two 890HP diesel engines pair with two stern propellers to achieve this speed. Aside from the solar panels, energy is also generated by helical propellers that use water friction to charge the yacht’s batteries.

The cylinders that generate energy in water have another function on land; they are able to descend from each hull and act as propellers. The helical spirals rotate to dig through dirt, sand, or mud by cutting through the earth. While on solid land, the yacht’s elevator descends to ground level so that other vehicles can be stored in the boat. This means that if you want to drive in a smaller vehicle after reaching your destination via boat, you will have no trouble doing so.

Pagurus is not the first or last wild watercraft design produced by Lazzirini Design Studio. Scroll down to learn more about the concept, and then check out the other marine projects on its website.

Lazzarini Design Studio has released an amphibious vehicle design that acts as a catamaran on water and drives on rough terrain while on land. 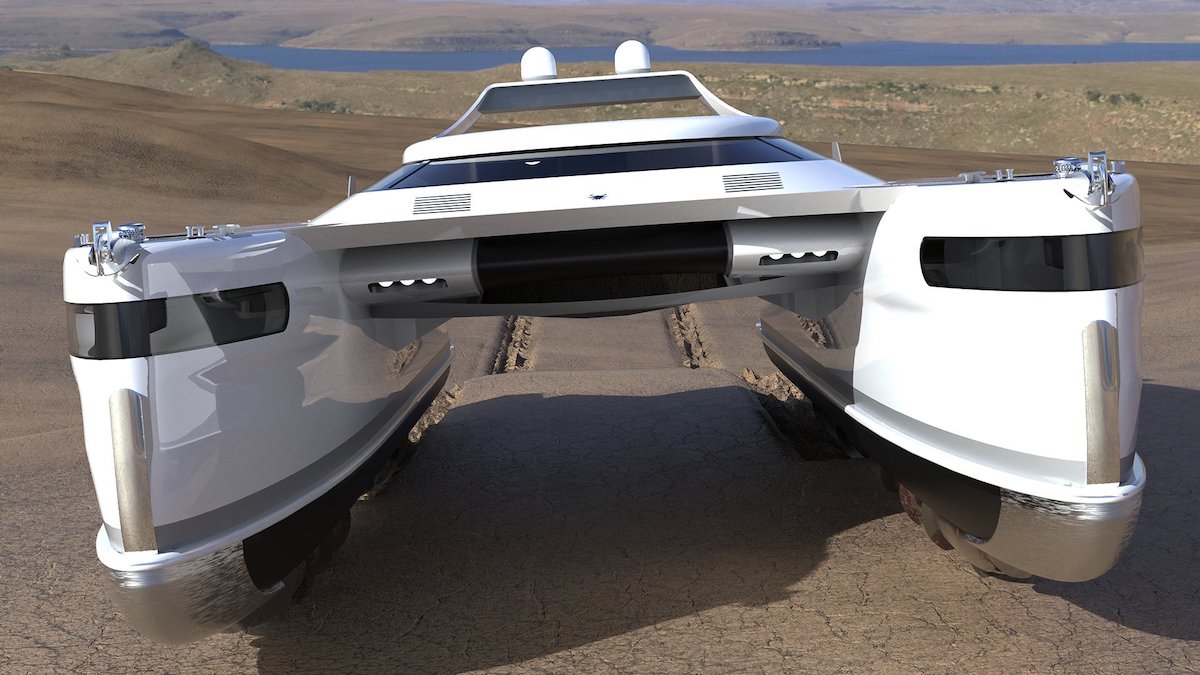 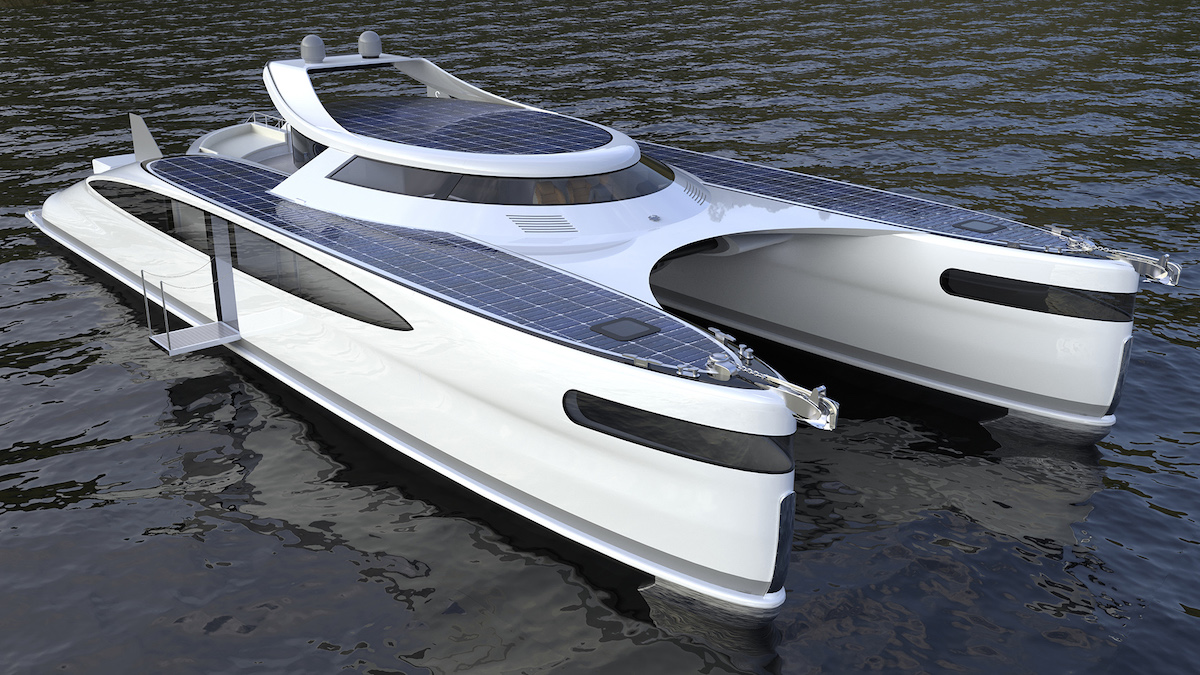 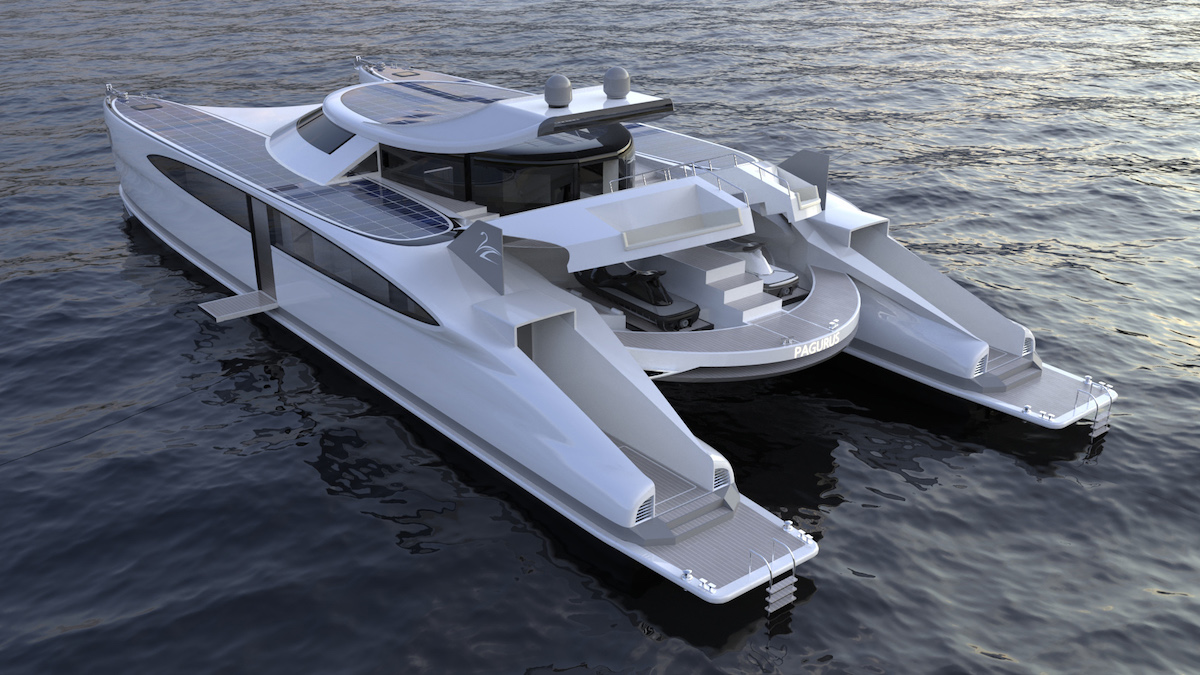 Since this is a conceptual project, anyone with $30 million to spare could build and customize Pagurus with additional features. 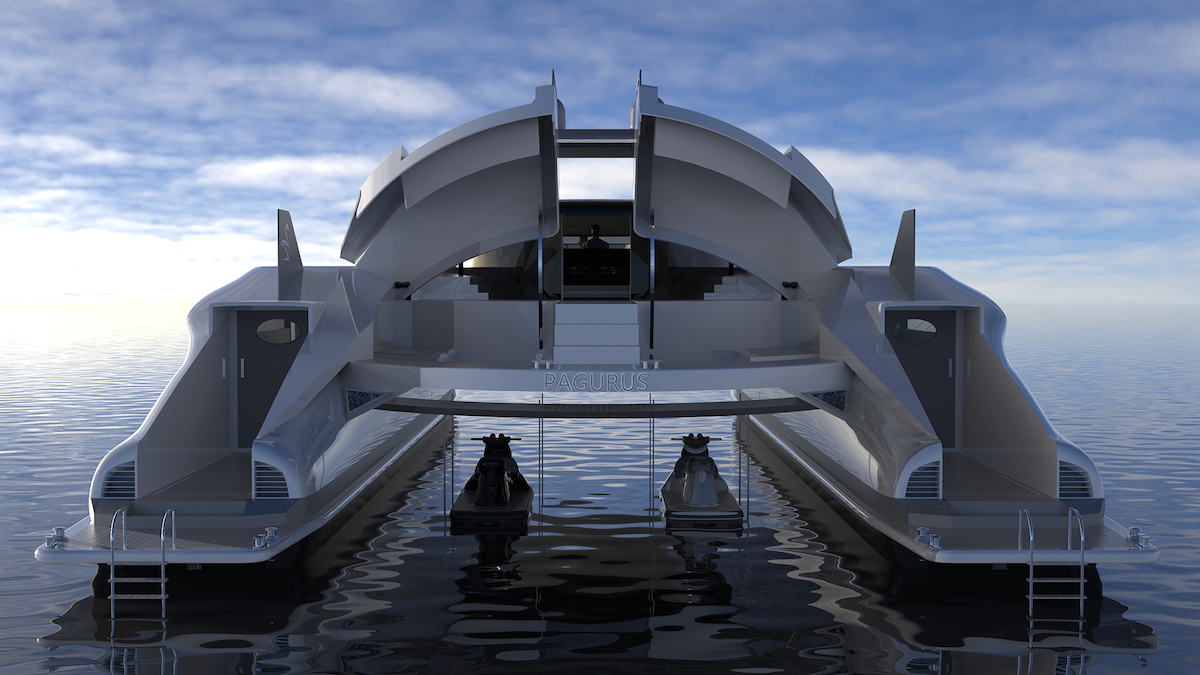 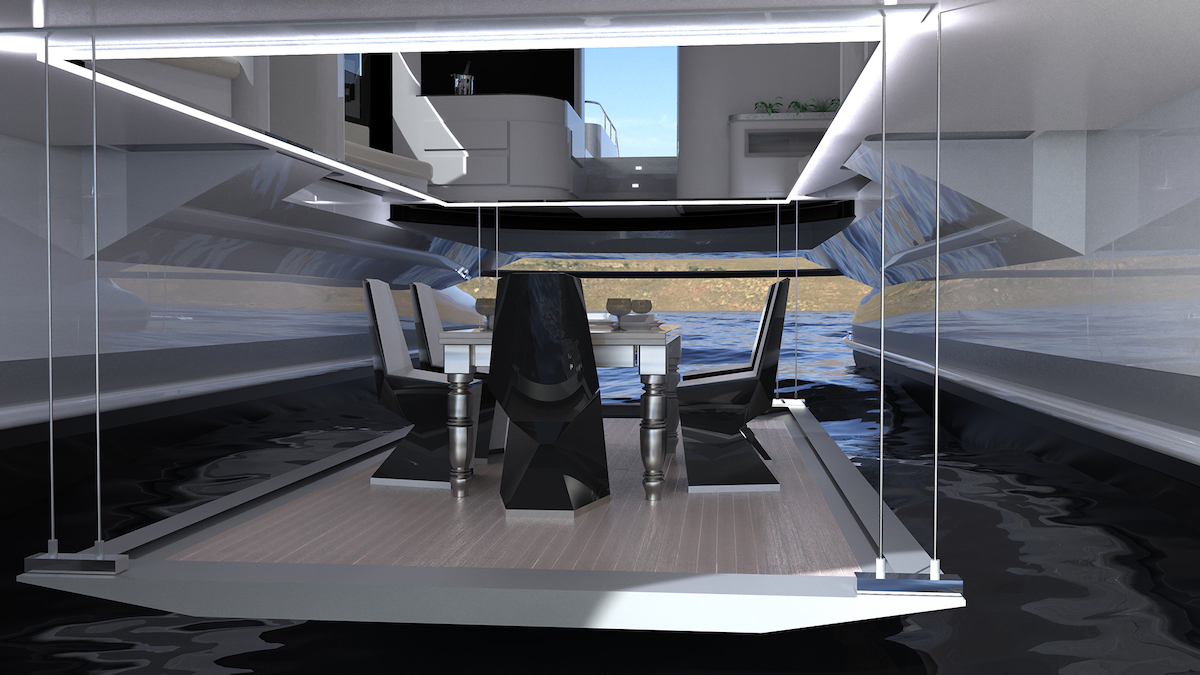 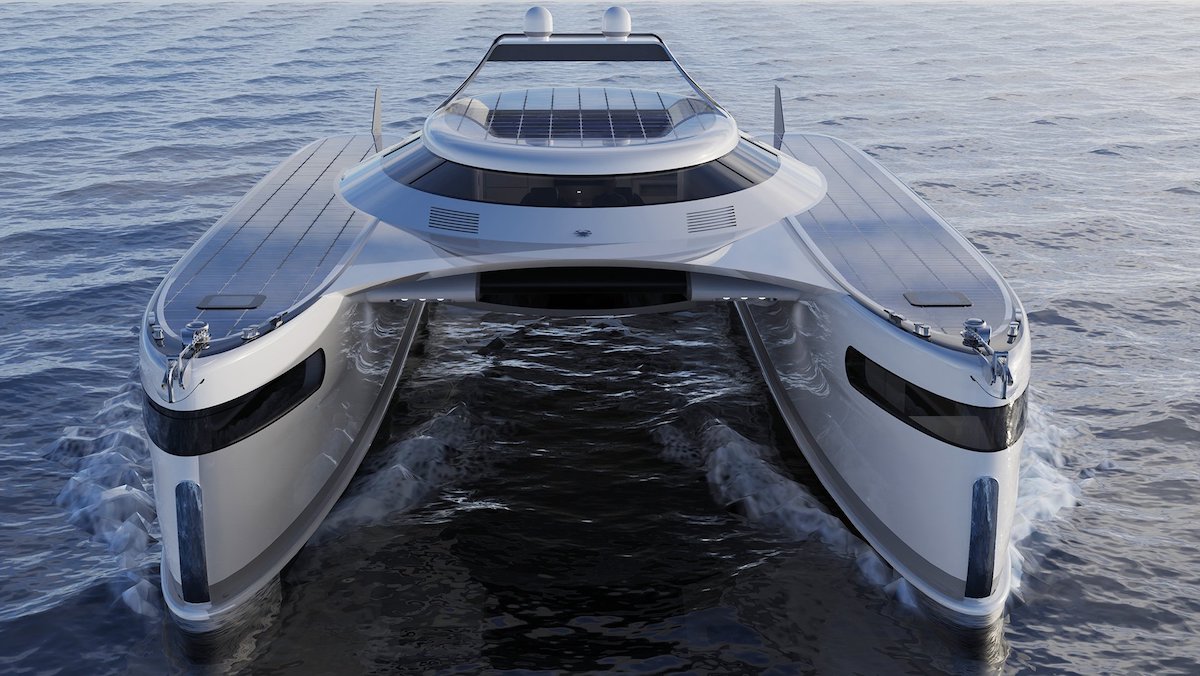 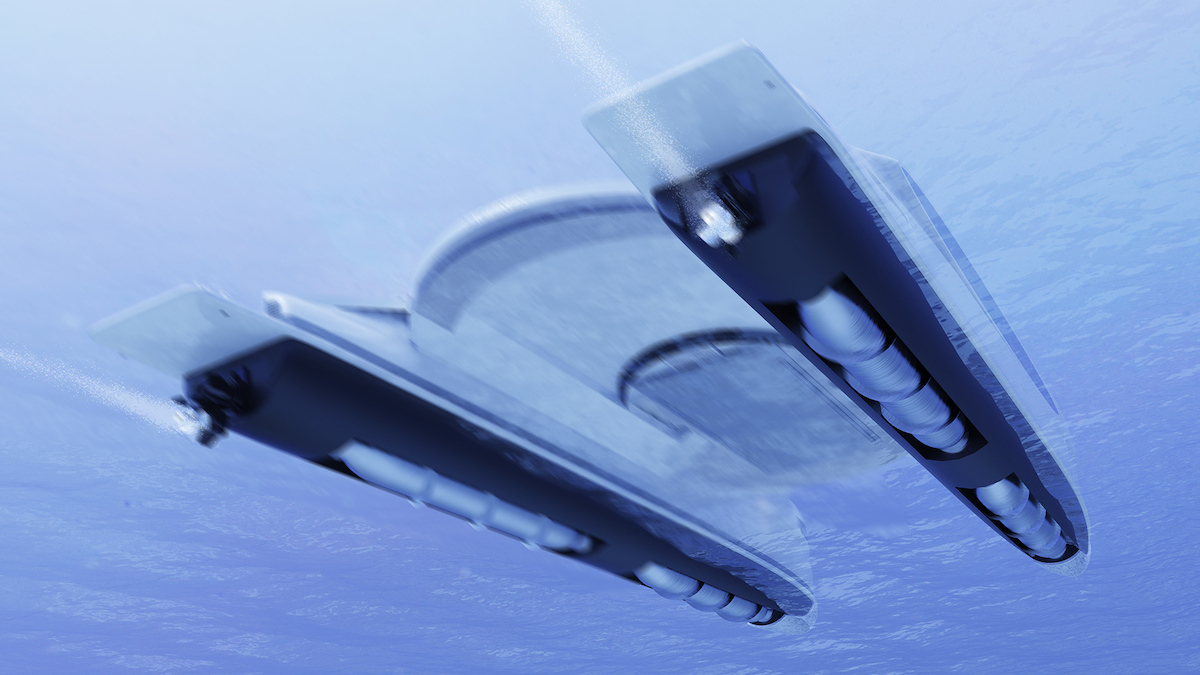 All photos via Lazzarini Design Studio.

Have you ever seen an amphibious boat? Share
Like My Modern Met on Facebook
Get Our Weekly Newsletter
Become a
My Modern Met Member
As a member, you'll join us in our effort to support the arts.
Become a Member
Explore member benefits