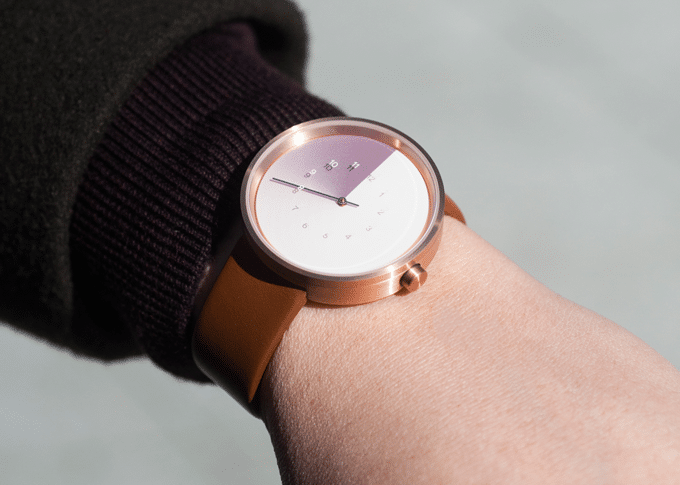 In 2014, timepiece company Anicorn Watches launched the first in its series of unique watches. Known as The Trio of Time, the popular collection consists of Series 000, Series K452, and, now, Hidden Time, a minimalist approach to time-telling designed by designer Jiwoong Jung.

Structurally, Hidden Time is quite similar to other watches. It's composed of a circular face and simple band, which both come in 3-color combinations: black and midnight, rose gold and coffee, and white and snow. What sets the modern timepiece apart from other designs is its unique alternative to the hour hand. Instead of a traditional ticking needle, Hidden Time uses a UV-printed gradient design to indicate the hour. Since the numbers are rendered in white, they blend in with the pale background when not offset by the swiveling shadow, evoking the idea of “hidden time.”

When coming up with the concept of the watch, Jung was predominantly inspired by the natural world. “When designing the watch, I was thinking about how to naturally hide passing time,” he says. “My research began with how hiding occurs in nature, which led me to one of the best known examples—the chameleon’s protective color. Their defense mechanism is a kind of optical illusion, but a simple and effective way to have two things together naturally when superimposed.” Once he finalized his design, Jung and his team created a Kickstarter page, where you can currently pre-order your own avant-garde watch for a cool $154.

This is Hidden Time, a new watch by Anicorn Watches. 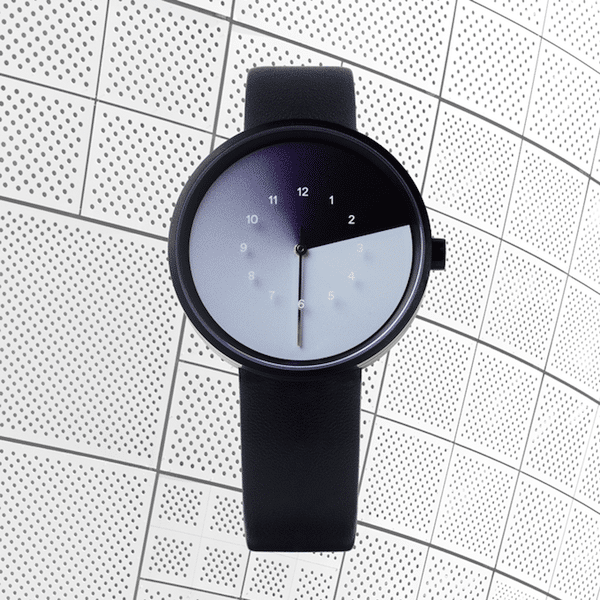 It uses a shadow-like gradient to tell time. 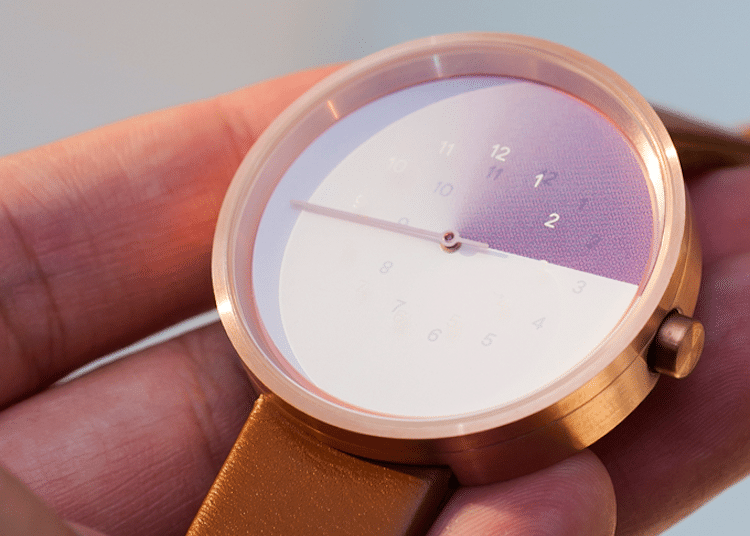 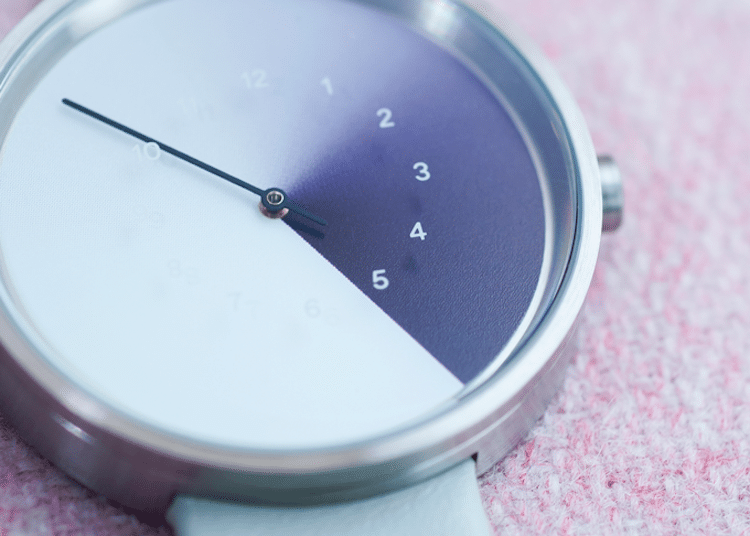 Its frame is available in 3 colors: black, rose gold, and white. 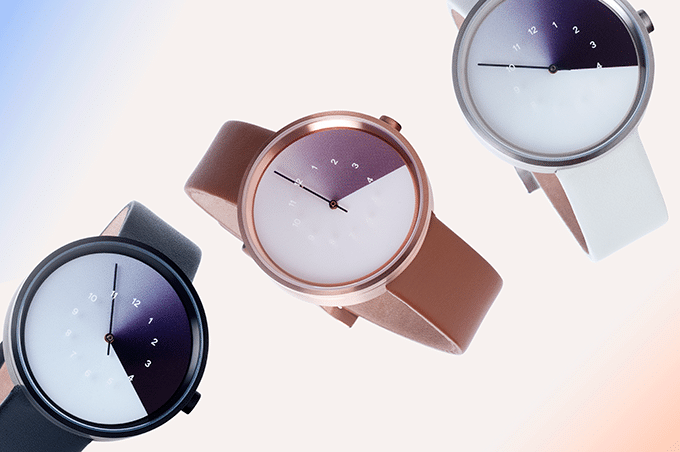 Similarly, its leather straps come in midnight, coffee, and snow. 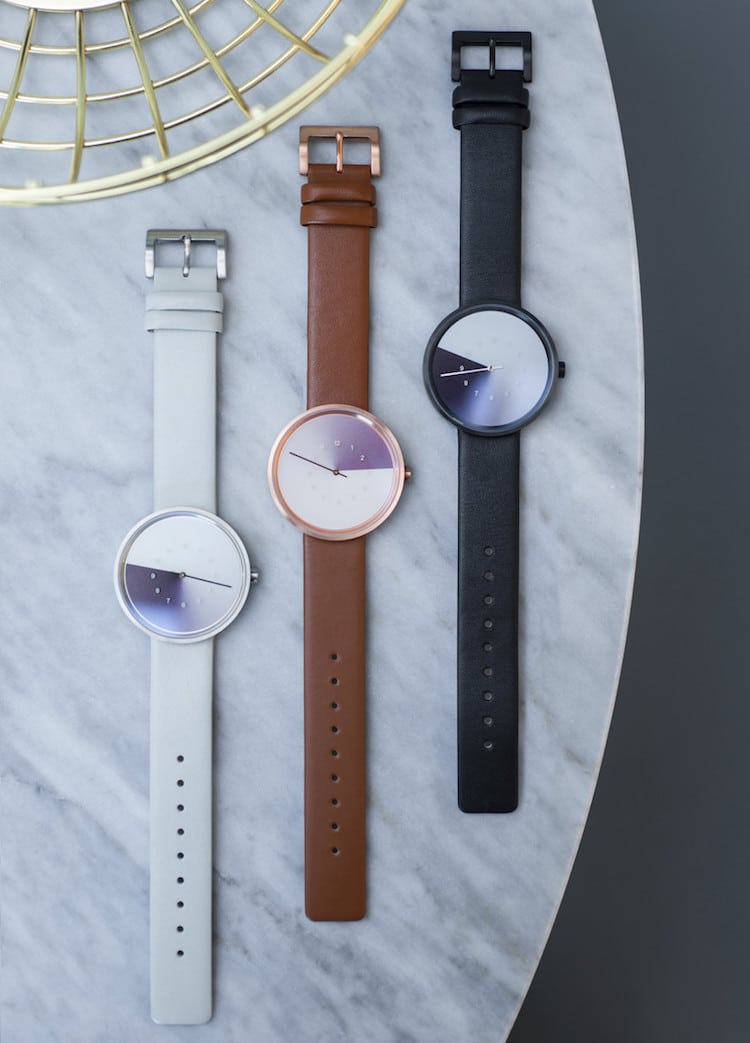 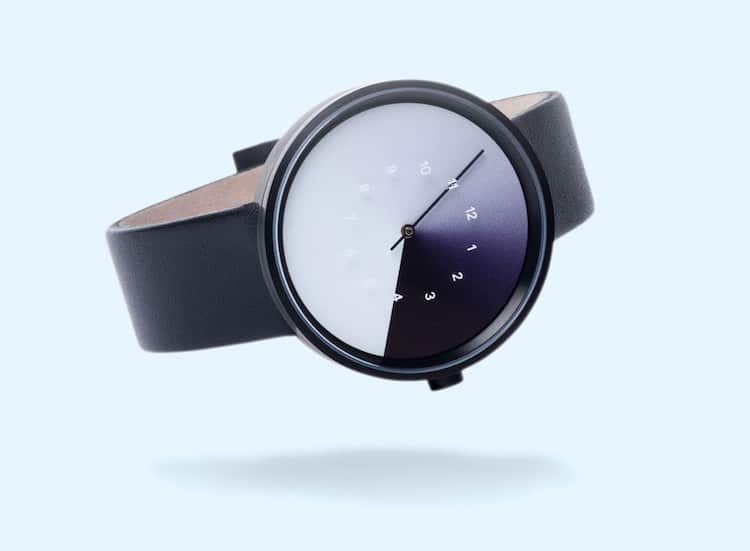 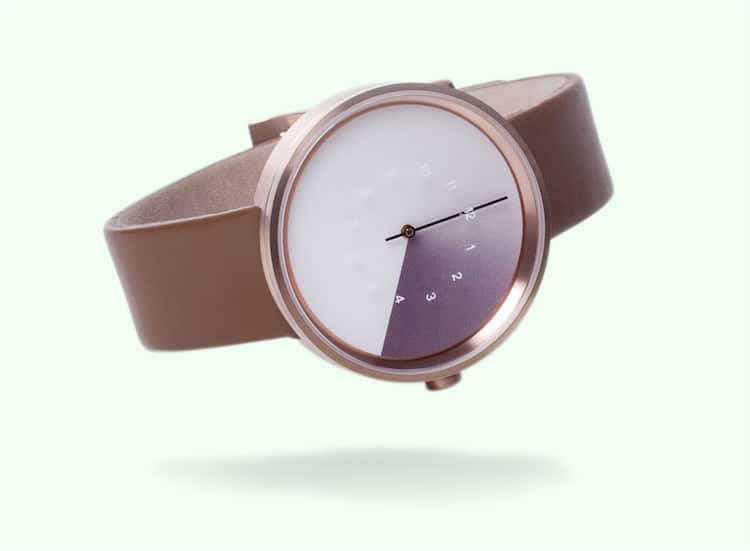 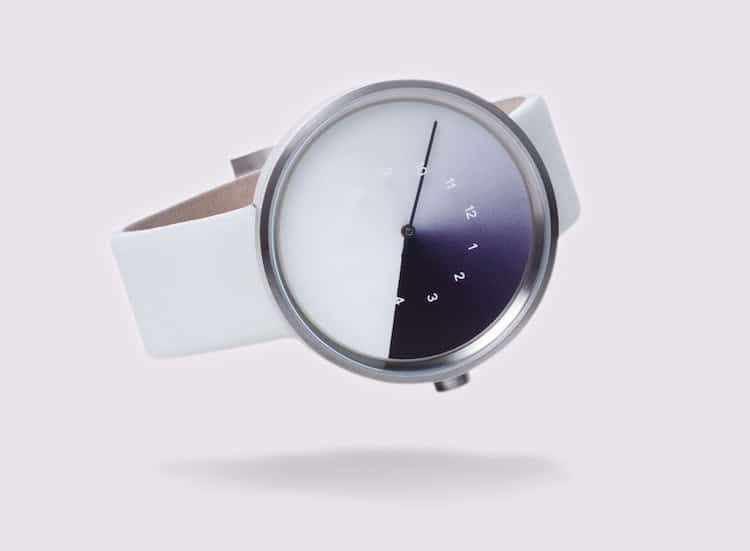 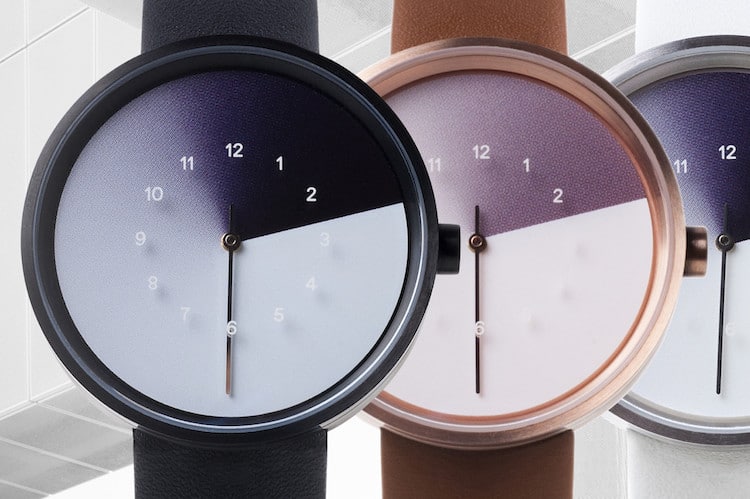 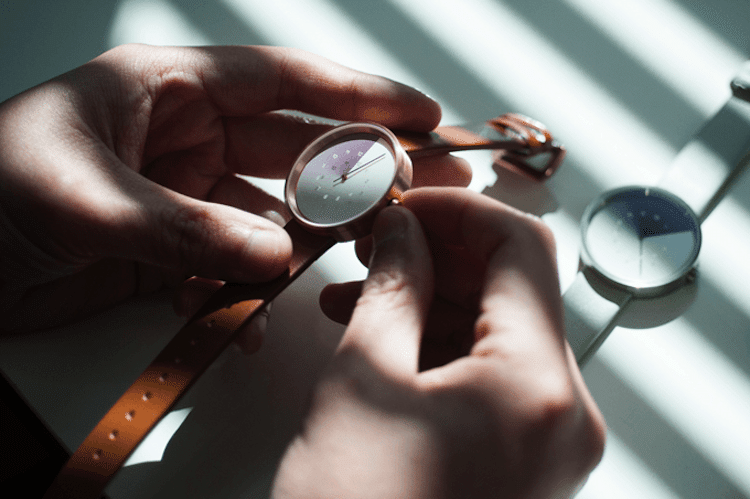 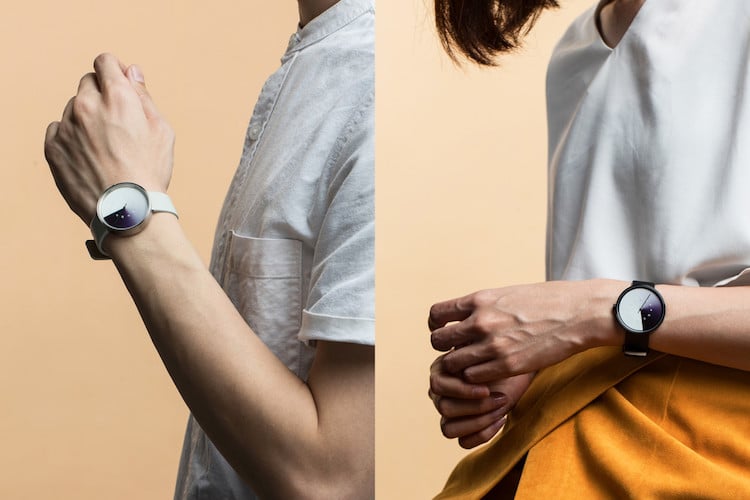 All images via Anicorn Watches.