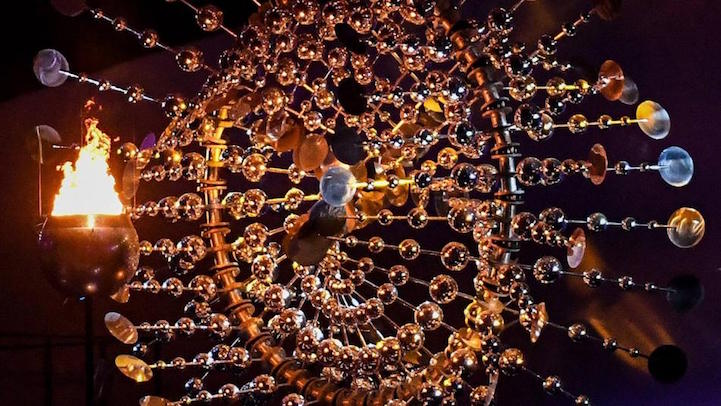 The Opening Ceremonies for the 2016 Olympics were nothing short of spectacular with dazzling light projections and performances that lit up Maracanã Stadium, delighting viewers across the world. As the ceremony concluded, attention turned towards the Olympic cauldron and a massive kinetic sculpture created by artist Anthony Howe. Measuring 40 feet in diameter, his two-ton piece symbolizes the sun with graceful, mesmerizing movements that represent the journey of life.

Shining brightly in the darkened stadium, the spiraling metallic elements glittered with illumination that undulated above the crowd. “My vision was to replicate the sun, using movement to mimic its pulsing energy and reflection of light,” Howe described. “I hope what people take away from the cauldron, the Opening Ceremonies, and the Rio Games themselves is that there are no limits to what a human being can accomplish.”

To witness the sculpture’s hypnotic effect, see it in action, below.