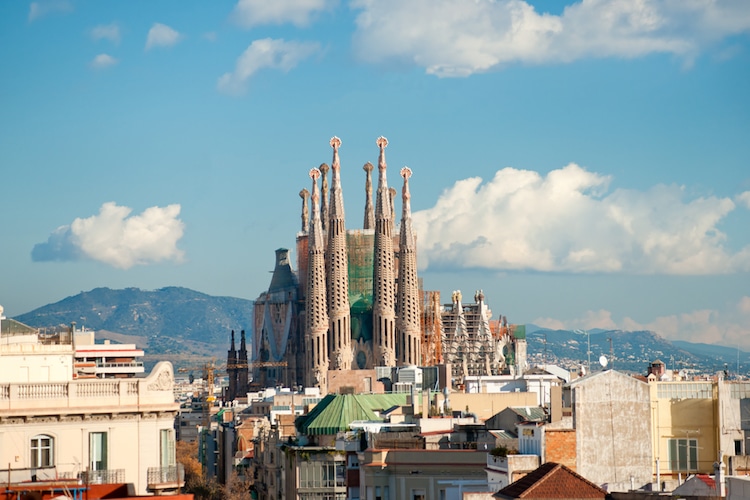 For 135 years, Barcelona's Sagrada Familia has slowly been marching its way toward completion. The focal point of famed architect Antoni Gaudí's career, the church has undergone trials and tribulations, but is finally reaching the end of construction.

An unforgettable part of Barcelona's skyline, its multiple facades and towers are stuffed with ornate sculpture and mosaics, making it a feast for the eyes. With the project stretching on for generations, everyone from author George Orwell to architects Walter Gropius and Le Corbusier have given their opinions on the architecture. Orwell was not impressed, calling it “one of the most hideous buildings in the world.” Gropius and Le Corbusier were kinder, praising its technical perfection.

With such a complicated history, let's look at some of the salient details about the Sagrada Familia as it marches toward the finish line. 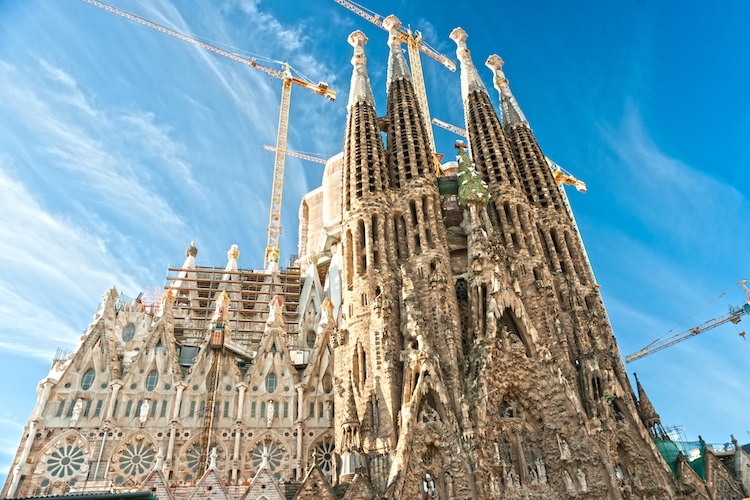 It all started with a bookseller.

What would turn out to be Gaudí's masterpiece started due to a bookseller’s trip to the Vatican. Josep Maria Bocabella visited Italy in 1872 and returned feeling inspired to build a church similar to one he’d seen there. Funded by private donations, construction started ten years later, in 1882.

Gaudí was not originally involved in the project.

The original architect, Francisco Paula del Villar, planned on creating a standard Gothic revival church. When he resigned one year into the project, after the apse crypt was complete, Gaudí took over, radically changing the plans. 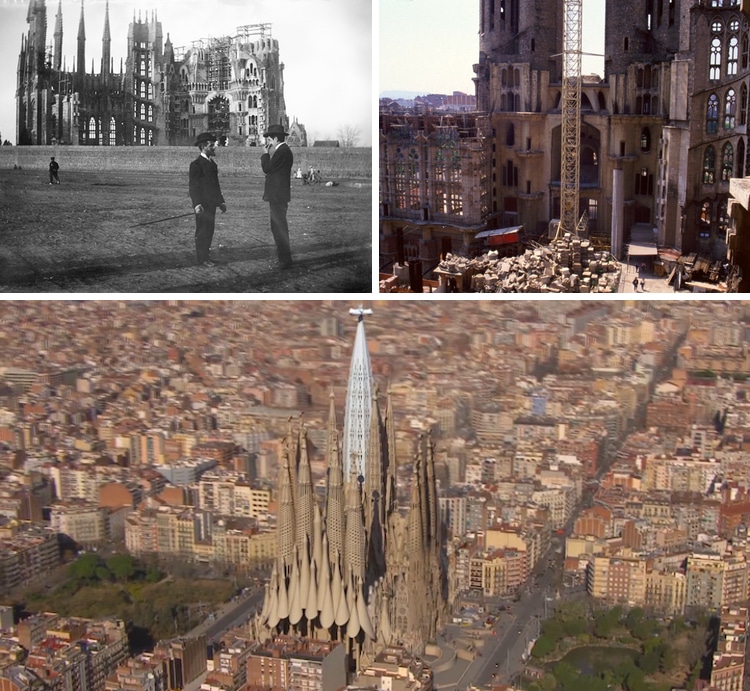 It’s taken longer to construct than the Great Pyramid.

Gaudí was in his early 30s when he became involved with what would become his life’s work. From about 1914 onward, he gave up all other projects in order to focus exclusively on the Sagrada Familia. At the time of Gaudí's death in 1926, less than a quarter of the construction was finished and work only passed the midway point in 2010.

Currently, things are on track for construction to wrap up in 2026 in celebration of the centenary of Gaudí’s death. If things stay on schedule this will mean that it took 144 years to reach completion. That’s around 10 times longer than the construction of the Great Pyramid of Giza and 123 years longer than the time needed to finish the Taj Mahal.

Gaudí never worried about how long it would take.

Contrary to what one might think, Gaudí was never concerned about the pace of construction. In fact, he once said, “My client is not in a hurry.” As the architect was keenly aware that the church would take generations to complete, he kept his plans fluid, often making changes on the fly while visiting the site.

“There is no reason to regret that I cannot finish the church. I will grow old but others will come after me. What must always be conserved is the spirit of the work, but its life has to depend on the generations it is handed down to and with whom it lives and is incarnated.” This was Gaudí's philosophy when it came to finishing his masterpiece, but not everyone agrees. 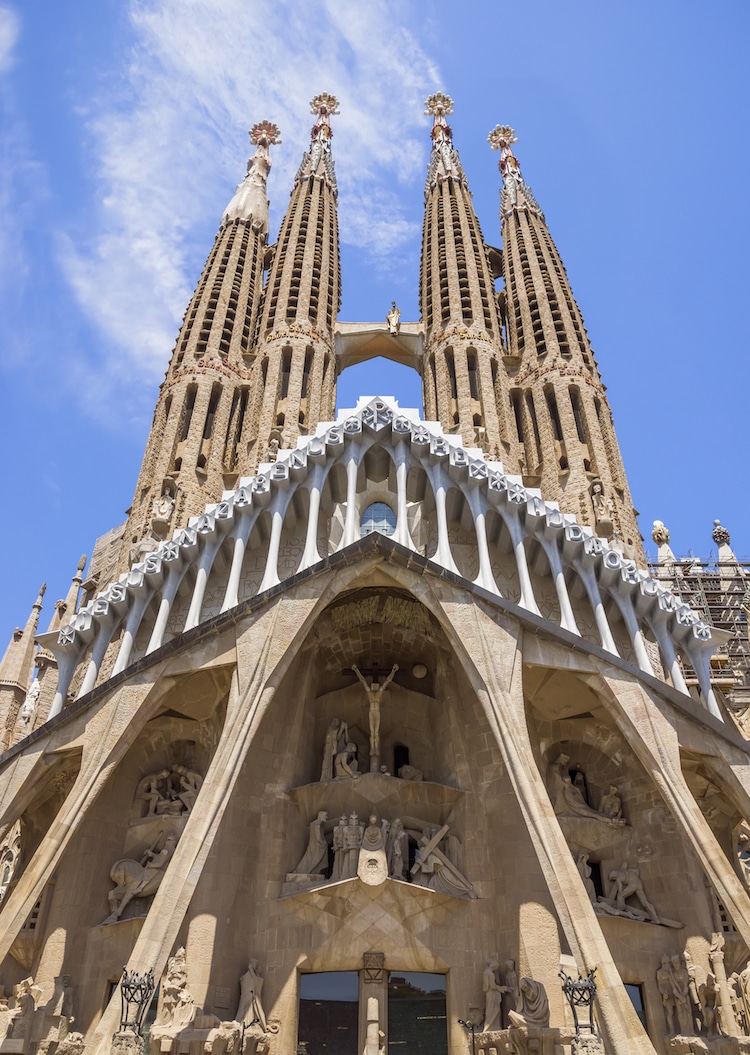 Some scholars argue that the Sagrada Familia is not staying true to Gaudí's original vision.

The few original plans the master of Catalan Modernism created for the church were destroyed by anarchists in 1936 during the Spanish Civil War, leaving trustees to piece together what they perceive as Gaudí's vision. As you can imagine, this has opened up controversy.

In 2008, more than 100 members of Barcelona’s art and architecture community signed a manifesto protesting what they view as errors in the direction of the design. Manuel Borja-Villel, director of the Reina Sofia museum in Madrid, led the group, stating, “What they are constructing has little to do with the spirit of Gaudí. It has more to do with building a tourist attraction and for propaganda purposes.” A similar protest was launched in the 1990s when contemporary sculptures were incorporated into the church.

Gaudí is buried there.

It seems only fitting that the man who dedicated the later part of his life to the church be buried there. Dying a few days after being hit by a tram in 1926, the acclaimed architect was laid to rest in the crypt. The only other person buried in the Sagrada Familia? Josep Maria Bocabella, of course. 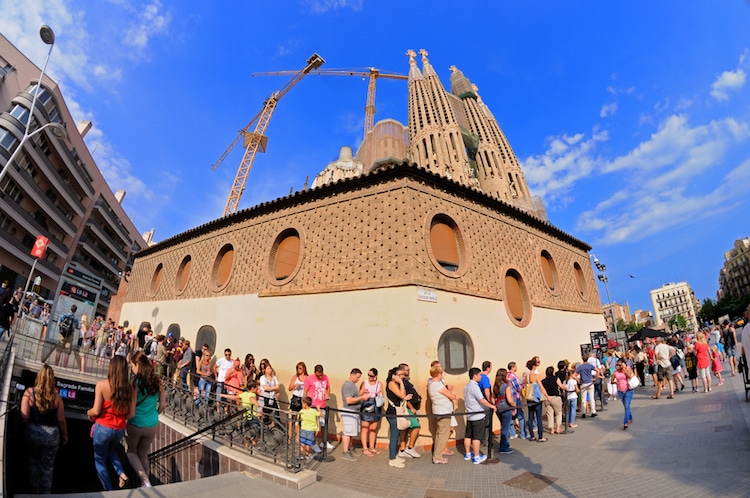 The Sagrada Familia is privately funded.

Continuing the tradition of private donations that were started by Bocabella to fund its initial construction, the Sagrada Familia has been completely funded by private money. Gaudí once stated that it “is made by the people and is mirrored in them. It is a work that is in the hands of God and the will of the people.” Indeed, neither the Spanish government nor any Church body has paid for construction, which by now costs an estimated €25 million a year.

These days the budget is met through entry tickets to the monument, which run between €15 to €29 (about $17 to $32) and private donations through the Friends of the Sagrada Familia. 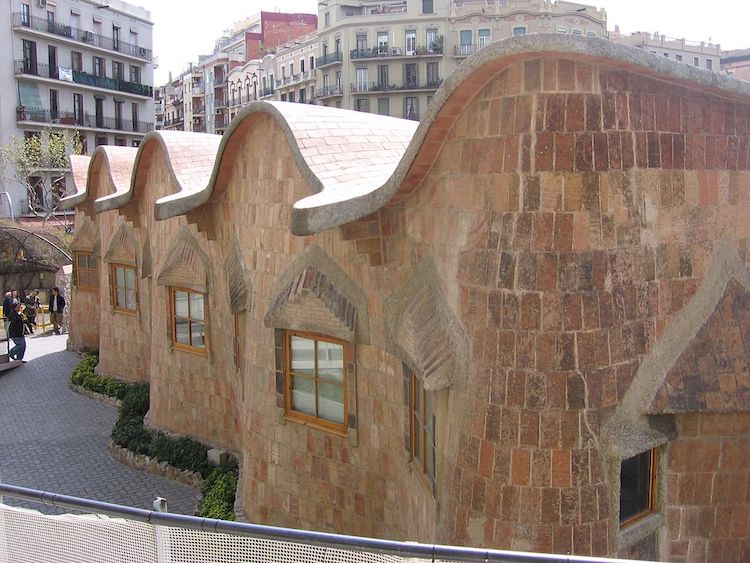 There was a school on site.

In 1909, Gaudí designed the Sagrada Familia schools. They were intended for the children of workers building the church, though lower-income neighborhood children also attended school there.

The buildings contained three classrooms, a hall, and chapel. The structures, with their curved brick facades, were located directly on site until 2002 when the space was needed to continue advancement on the church. At that point they were dismantled and relocated, now housing an exhibition about the Sagrada Familia.

Technology is speeding things up.

Advances in stone cutting technology mean that pieces that were once hand-carved—a long, laborious process—can now be produced more quickly thanks to computers.

In 2015, the cathedral's chief architect Jordi Coll implemented 3D printing technology in order to better conceptualize how new portions of the church will integrate into the older construction. “If Gaudí was alive today, he would have brought 3D technology to its maximum exponent, since much of his work was already conceived tri-dimensionally,” Coll said. 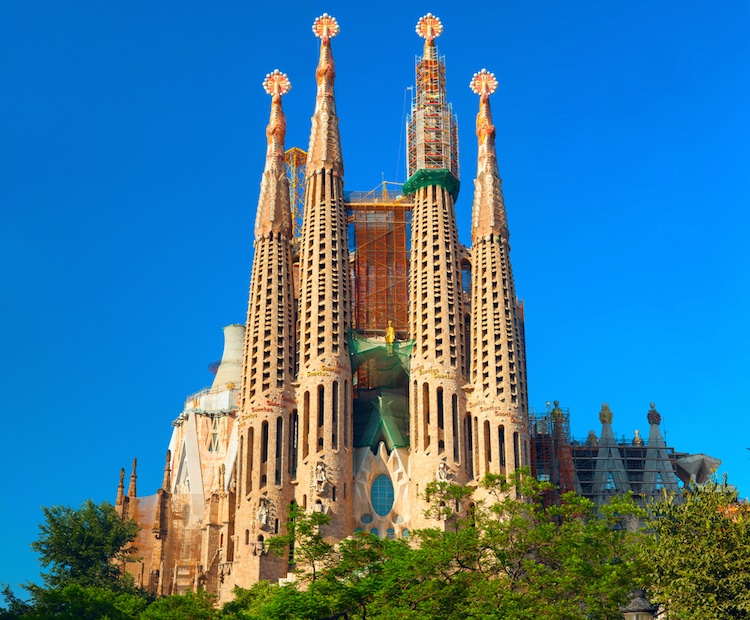 Each spire holds a symbolic significance.

The original design calls for eighteen spires to symbolize the Twelve Apostles, Virgin Mary, Four Evangelists, and Jesus Christ. The spires increase in height to visually represent the hierarchy of these religious figures. When completely constructed—only eight are currently finished—the tallest spire representing Jesus Christ will give the church its full height of 560 feet. This will put it just slightly shorter than Montjuïc hill, Barcelona's highest point. It was an intentional decision by the architect, who felt that nothing made by man should surpass what was made by God. 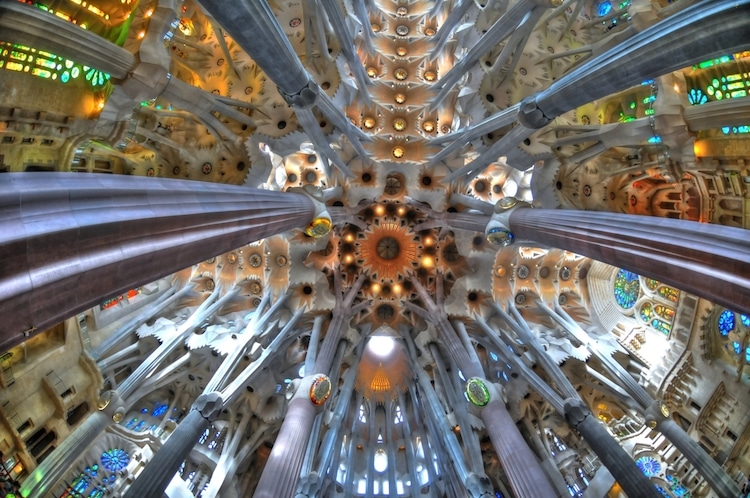 Photo: The World in HDR / Shutterstock

Always looking to nature for inspiration, it should come as no surprise that the Sagrada Familia is filled with symbols of nature. The most stunning are the incredible ceiling vaults which reach 200 feet in height. This space represents a spiritual forest where the columns act as trees branching out as they reach the ceiling.

Architect Bernat Carrau, who leads tours of the Sagrada Familia for Context Travel, notes that the design is not only symbolic, but functional. Gaudí, determined to outdo traditional Gothic churches, used the geometric branching structures to avoid the construction of buttresses, a traditional feature of Gothic architecture. 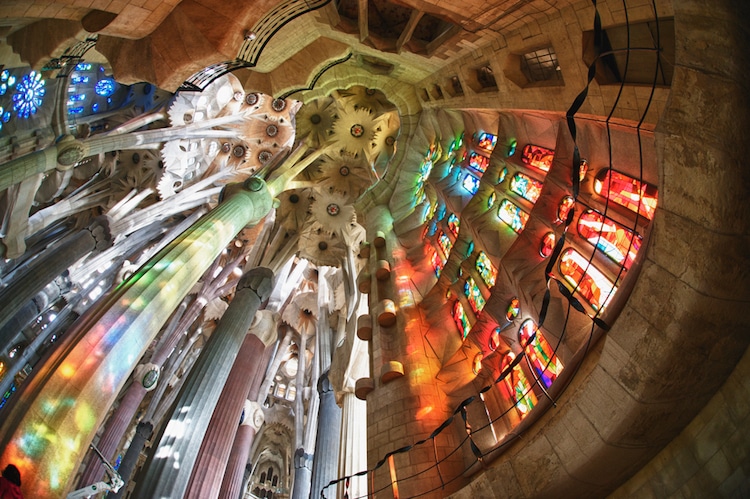 It’s the most visited tourist attraction in Barcelona.

More than 3 million people visit the Gaudí masterpiece every year. What keeps them coming back? “People are still so fascinated because there is no other place like this one in the whole world—no other contemporary church, fully paid by the people, which has an inside nave that reaches 60 meters in height,” explains Tate Cabré, author of several books about Catalan Modernism. “[It’s] a magic atmosphere to create good feelings in the visitors. They are overwhelmed and keep visiting the church every time they come to Barcelona. Sometimes you get visitors that have been in the church nine or ten times.”

Have you visited the Sagrada Familia?