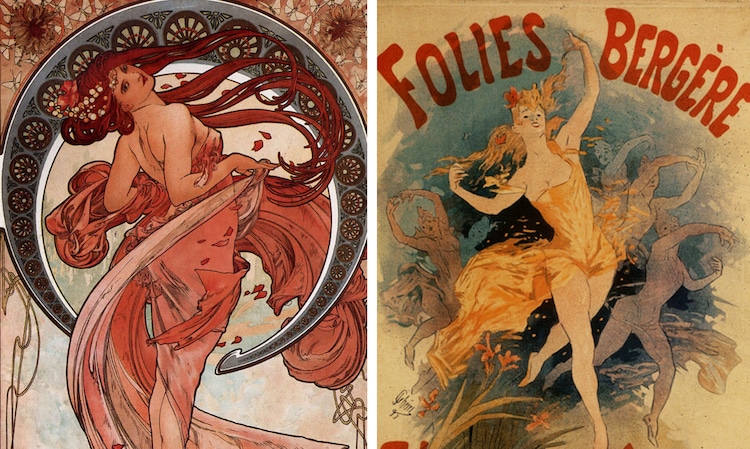 Celebrated for its versatility, Art Nouveau is an aesthetic genre with roots in a myriad of mediums, movements, and even inspirations. While its influence is evident in many masterpieces produced in the late 19th Century, one of its most prominent contributions to the modern art world is its elevation of the lithographic print.

During the height of La Belle Époque, the humble lithograph was adapted by painters and adopted as art, culminating in an eclectic collection of Art Nouveau posters and prints. Here, we explore these now-iconic works, paying particular attention to their artistic influences and aesthetic characteristics. 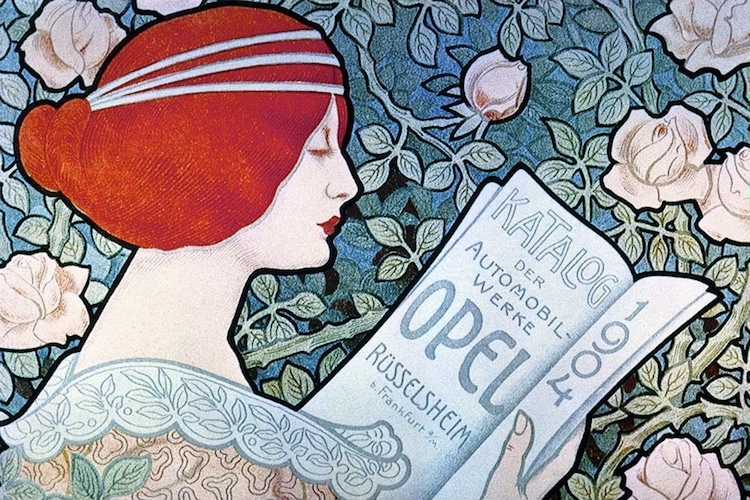 What is Art Nouveau?

Art Nouveau is a genre characterized by an aesthetic interest in nature, both in terms of style and in subject matter. From 1890 through 1910, the movement swept through Europe, resonating particularly strongly with avant-garde artists interested in abandoning academic art of the 19th century.

Art Nouveau materialized in many forms throughout the continent, beginning in France where it acquired the name Art Nouveau, or “new art.” In Britain, it inspired the Modern Style; in Germany, it manifested as Jugendstil; Austria introduced it as the Vienna Secession; and Spain reimagined it as Modernisme.

Similarly, the Art Nouveau influence is evident across many different practices. In addition to fine art—including drawing, painting, and sculpture—it heavily influenced contemporaneous decorative arts, like jewelry, furniture, and textiles, and architecture by modernist masters like Hector Guimard in Paris and Antoni Gaudí in Barcelona. 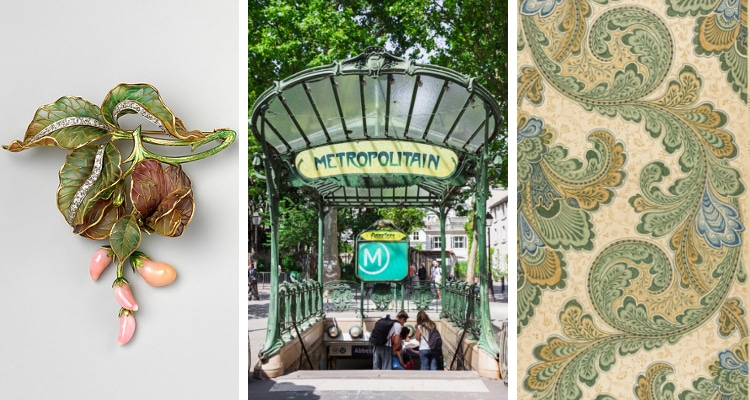 The Rise of the Lithograph

Given the experimental nature of its style and its extensive influence, it is not surprising that Art Nouveau played a major role in popularizing an unconventional art form: lithography. Prior to the movement's emergence, lithography was an underused method of printmaking, as woodcuts, engraving, and etching remained artists' techniques of choice.

However, in the 1890s, Jules Chéret—the “father of the modern poster“—introduced the color lithograph. This new technological innovation inspired artists like Henri de Toulouse-Lautrec and Alphonse Mucha to produce bright and bold advertisements, blurring the line between fine art and mass production and making the Art Nouveau aesthetic even more accessible to the public. 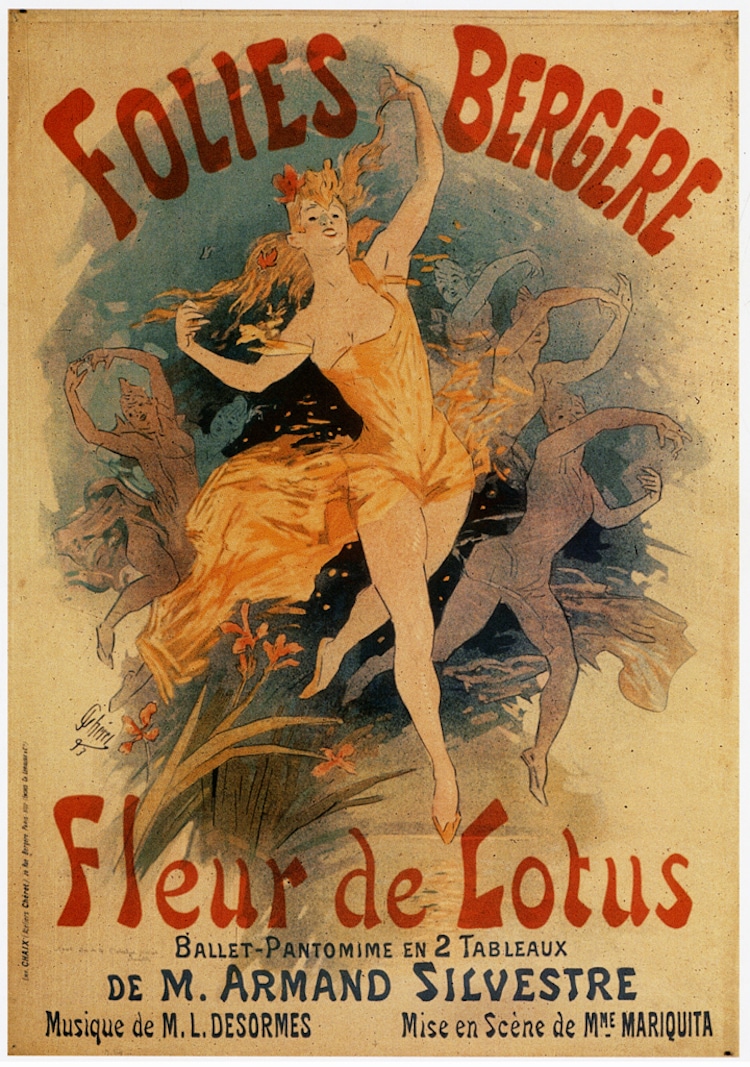 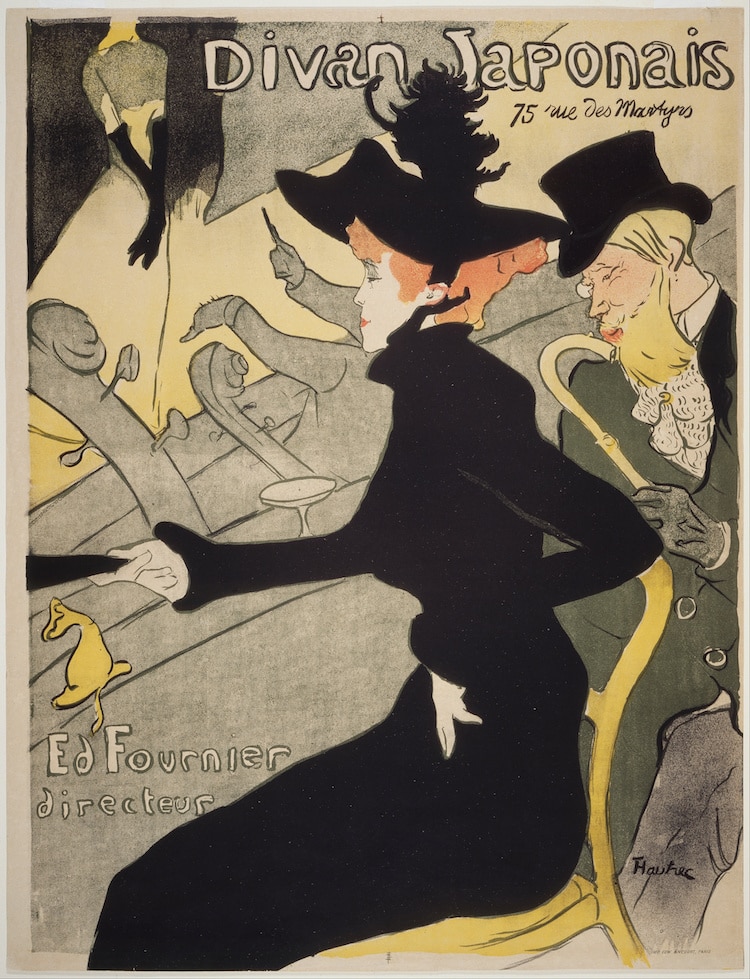 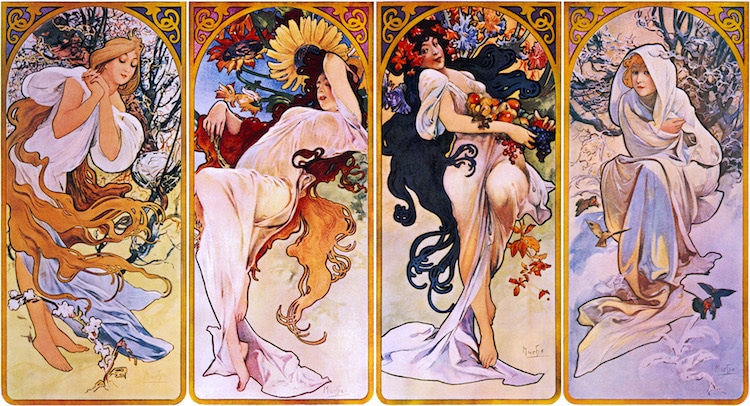