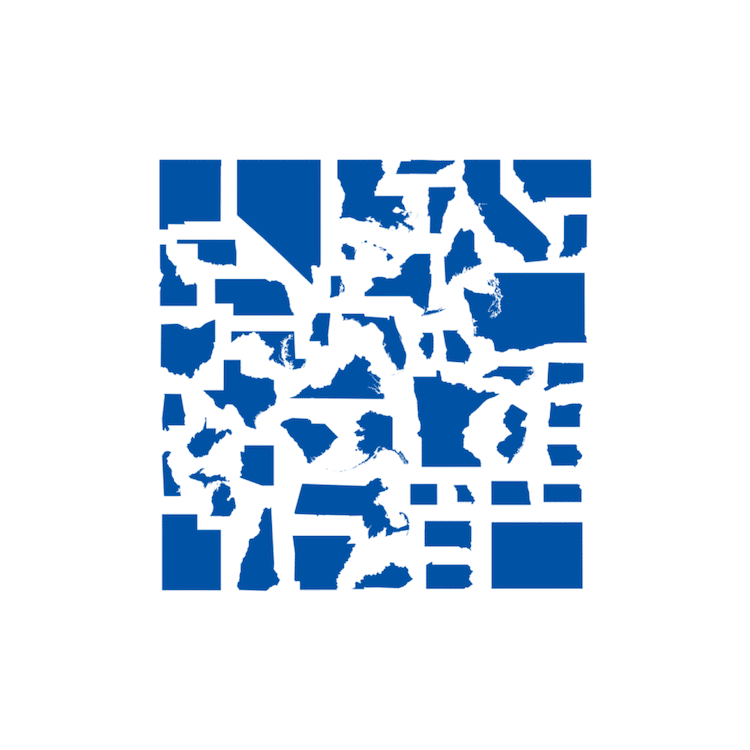 “This is an American map for fans of symmetry: all fifty states in one square.”
This post may contain affiliate links. If you make a purchase, My Modern Met may earn an affiliate commission. Please read our disclosure for more info.

Like lots of globe-trotting creatives, designer Peter Gorman finds artistic inspiration in his travels. While others may reach their destinations by plane, train, or automobile, however, Gorman prefers a different mode of transportation: his bike. In fact, seeing the world by bicycle is what sparked his popular series, Barely Maps.

“I started making map prints after an 11,000-mile bicycle trip around the US and Canada,” Gorman tells My Modern Met. “The first designs were inspired by the places I saw along the trip.” Gorman decided to document this cross-continental journey in a minimalist style, reimagining well-known cities and sites from Manhattan to the Pacific Coast Highway as reduced shapes, unique symbols, and even text reminiscent of concrete poetry.

With this sleek and simplistic aesthetic, Gorman discovered that his minimalist maps make perfect posters. So, he started selling prints of his designs, and his passion project quickly turned into a successful endeavor. “I started it as a side hobby, but this year, decided to make it a full-time thing,” he says.

Now, he has plans to compile his collection of Barely Maps into a book, adding a bit of context to the simplified forms. “I’m currently working on a book of 100 designs and the stories behind them,” he says, “which I hope will be ready by the end of 2019.”

In the meantime, you can pick up prints of his Barely Maps series on Etsy.

In Barely Maps, a series of minimalist map prints, Peter Gorman turns sites and cities around the country into simplified forms. 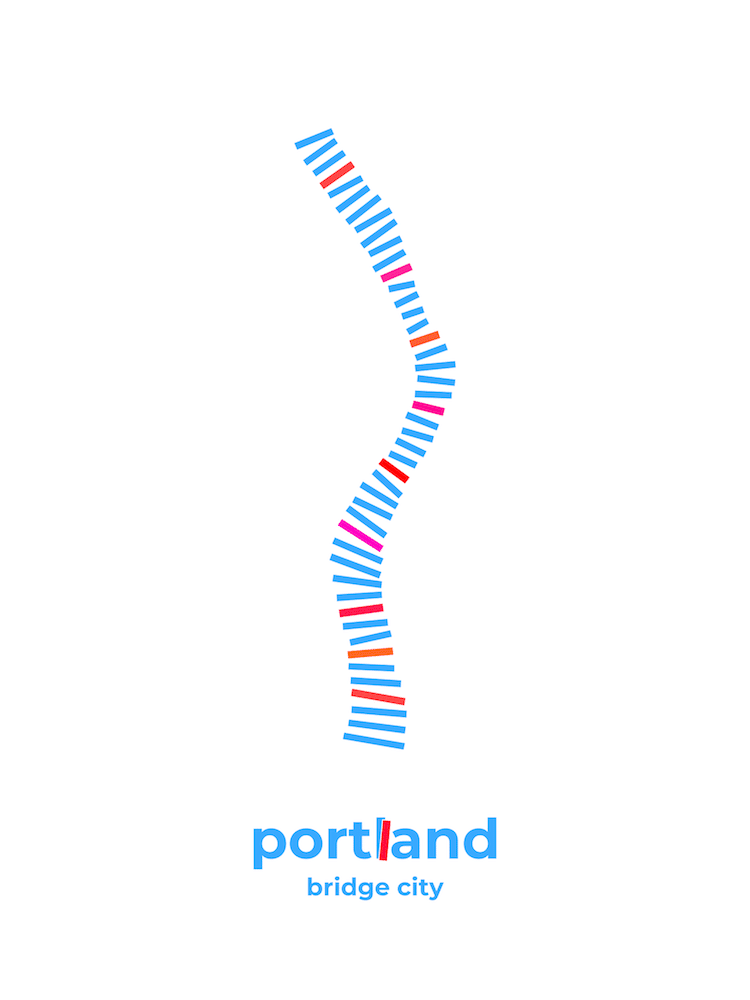 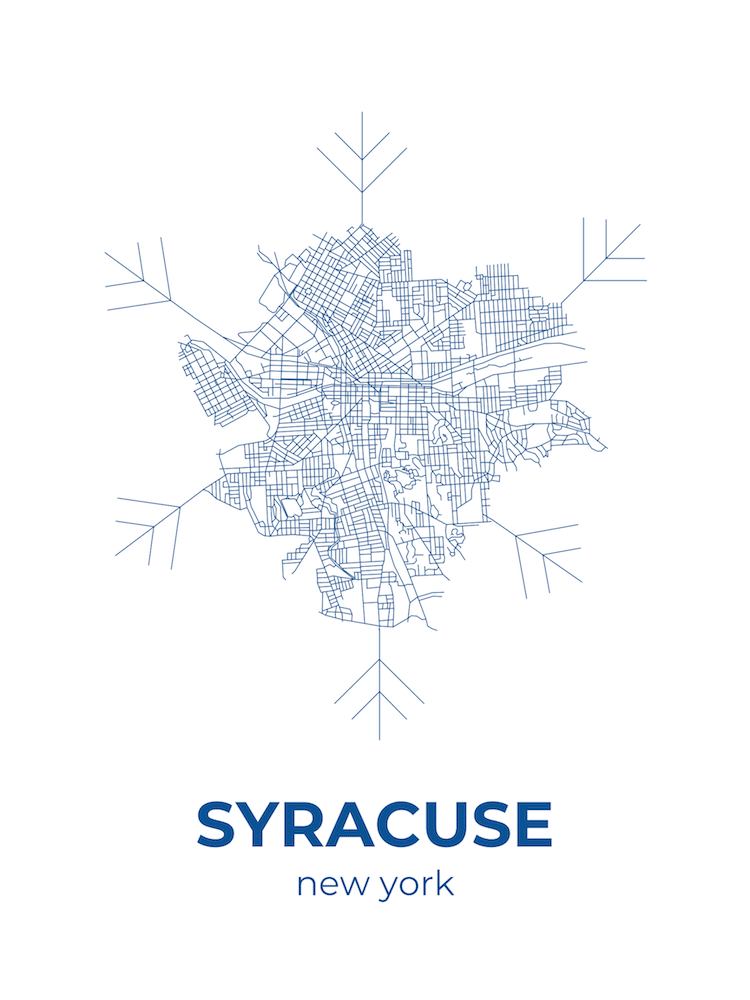 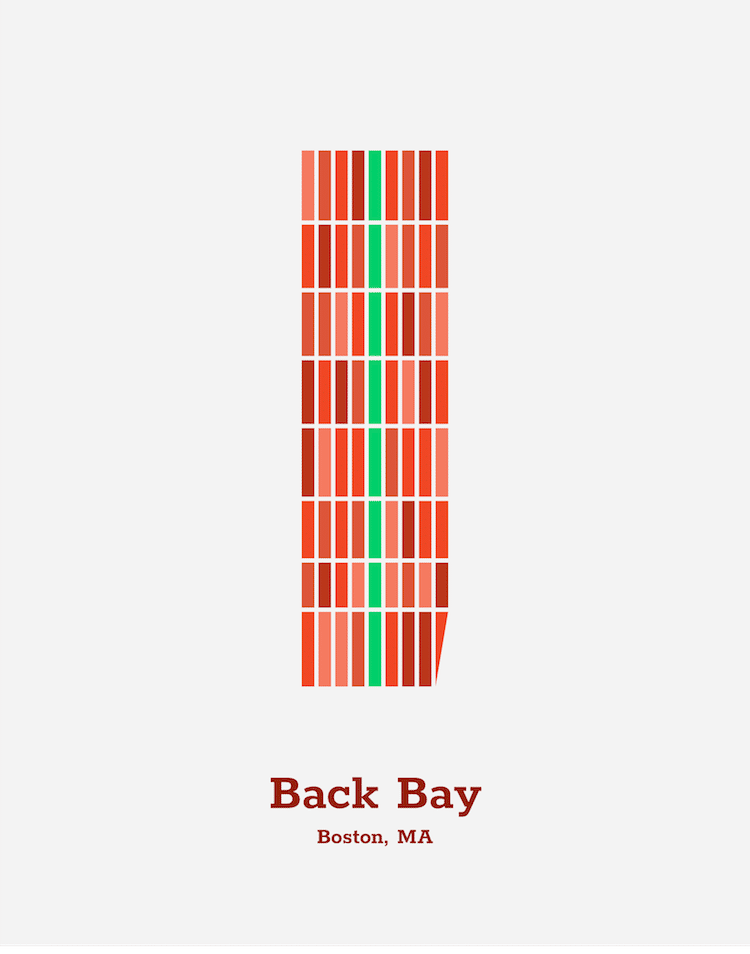 “In the 1800s, part of Boston's Charles River Bay was filled in to make room for a new neighborhood. Named the “Back Bay”, this neighborhood has a grid, unique to the otherwise haphazard Boston. The brownstone-filled blocks are intersected by the Commonwealth Avenue Mall, a narrow green park that connects the Boston Public Garden with the rest of Boston's park system. Today, Back Bay is one of Boston's most central neighborhoods, and is home to Copley Square, the Newbury Street shopping district, the Boston Public Library, Trinity Church, Old South Church, and the Prudential Tower.” 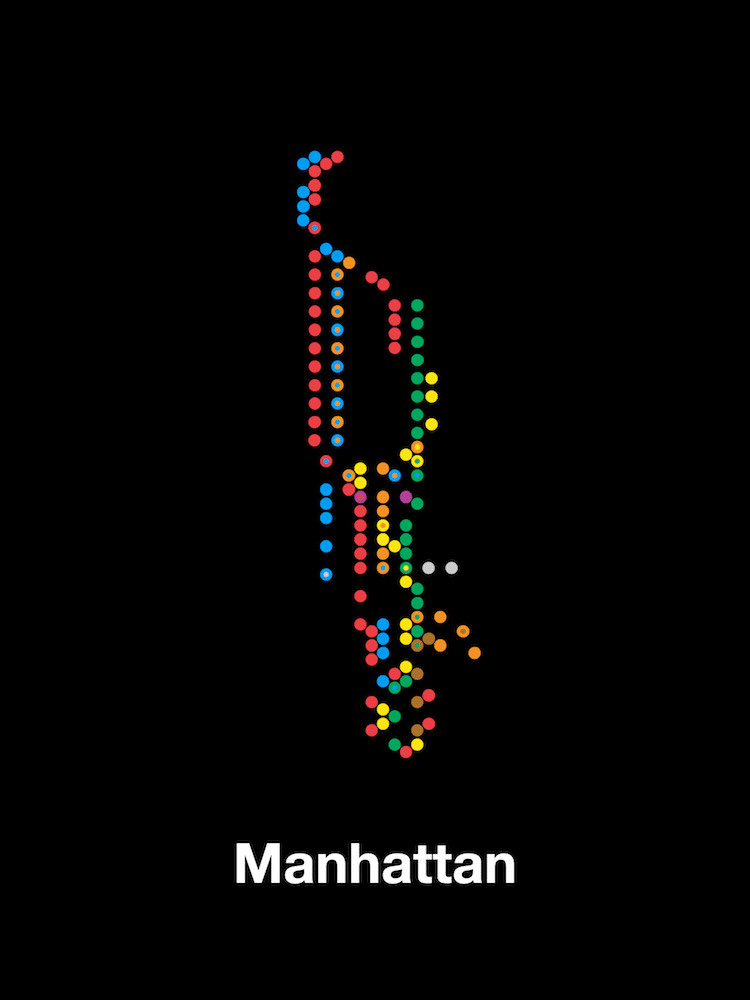 “The first memory that comes to mind for me when I think of NYC is trying to figure out the Subway map. Here's a minimalist version of the Manhattan stops, updated in March 2018 to include the new stops on the Second Avenue Subway.” 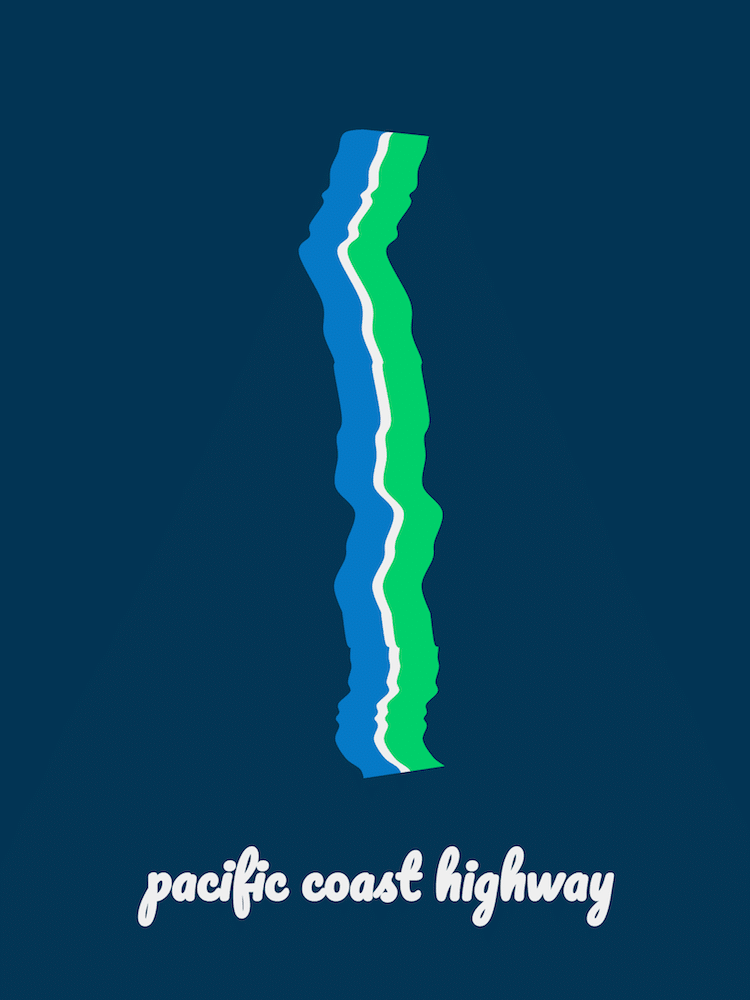 “A major highlight of my trip was biking north along California's Pacific Coast Highway. One of my hosts described it as “an engineering marvel that shouldn't exist”, and it's true. It's a crazy road with amazing scenery along the way.
This map depicts the highway's meandering route along the Big Sur coastline, as it cuts directly between the green California wilderness and the blue Pacific Ocean.” 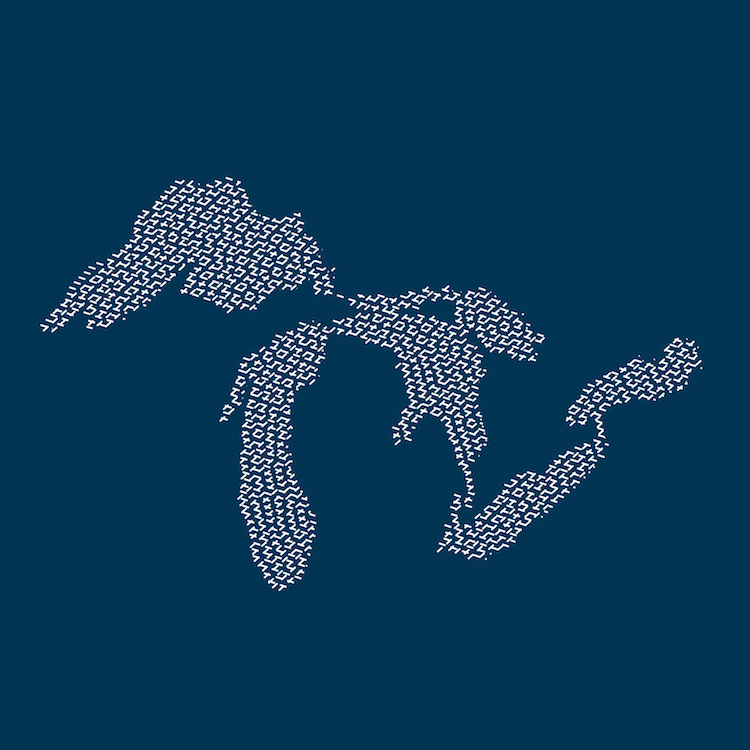 “The Great Lakes Region was one of my favorite places to bike in the country — especially right alongside the beautiful shores. The region is home to Chicago, Buffalo, Cleveland, Toronto, and some of the best beaches in North America. I created the pattern just for this map.” 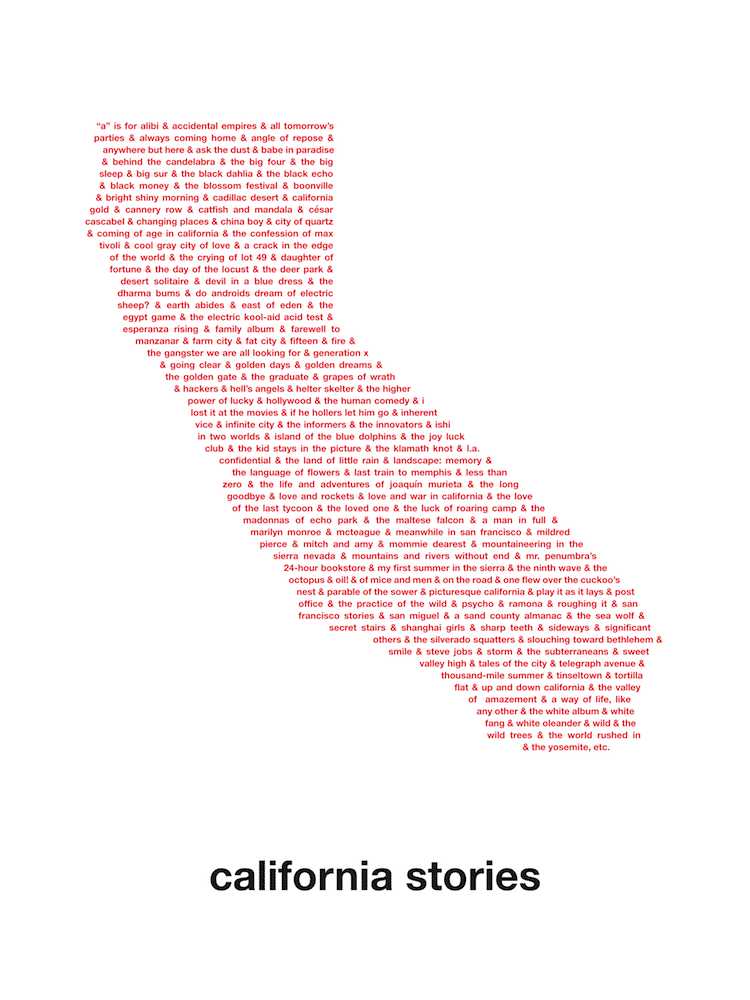 “Here's a map made up of the stories and books that come from California.” 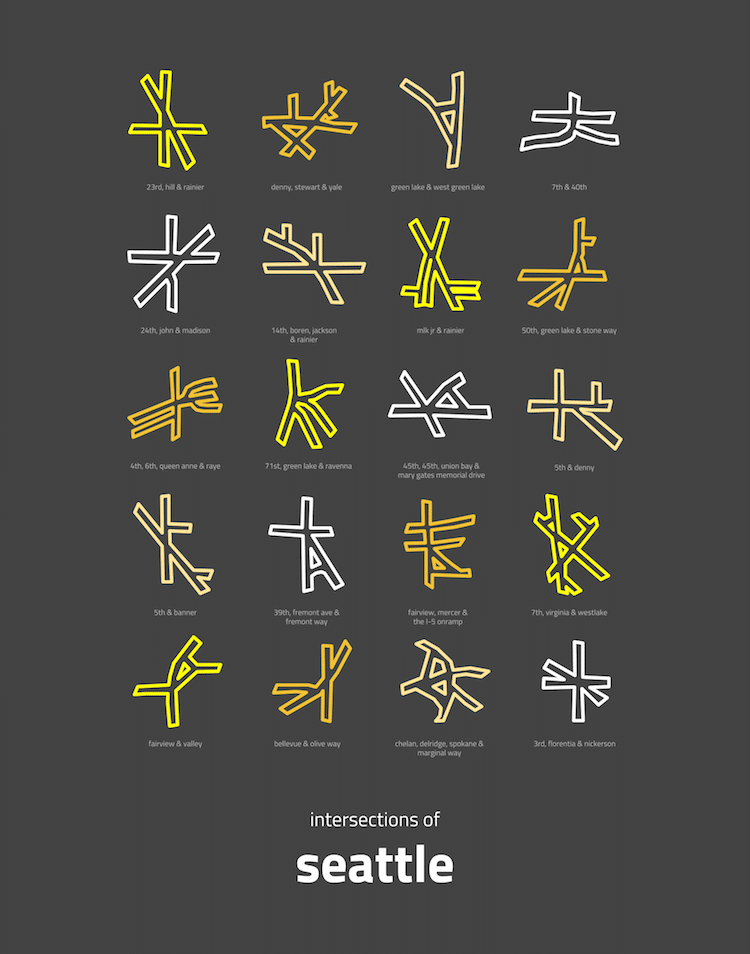 “When I first moved to Seattle, a friend told me that Seattle's layout is easy to understand. “It's all a grid,” she said, “until it's not.” 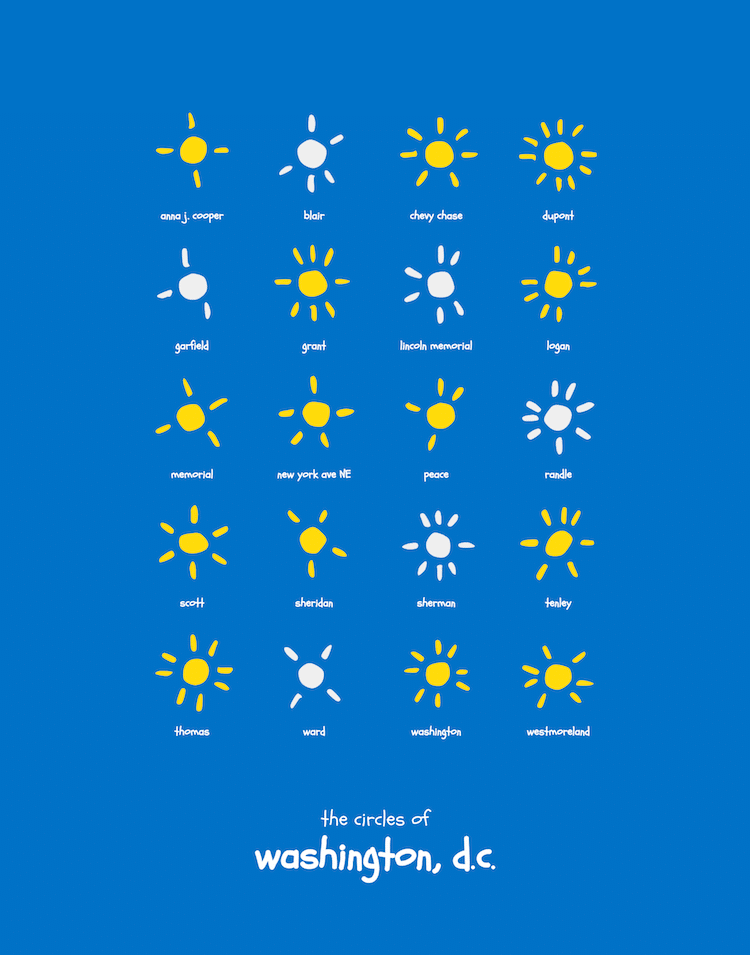 The five biggest cities in each state… 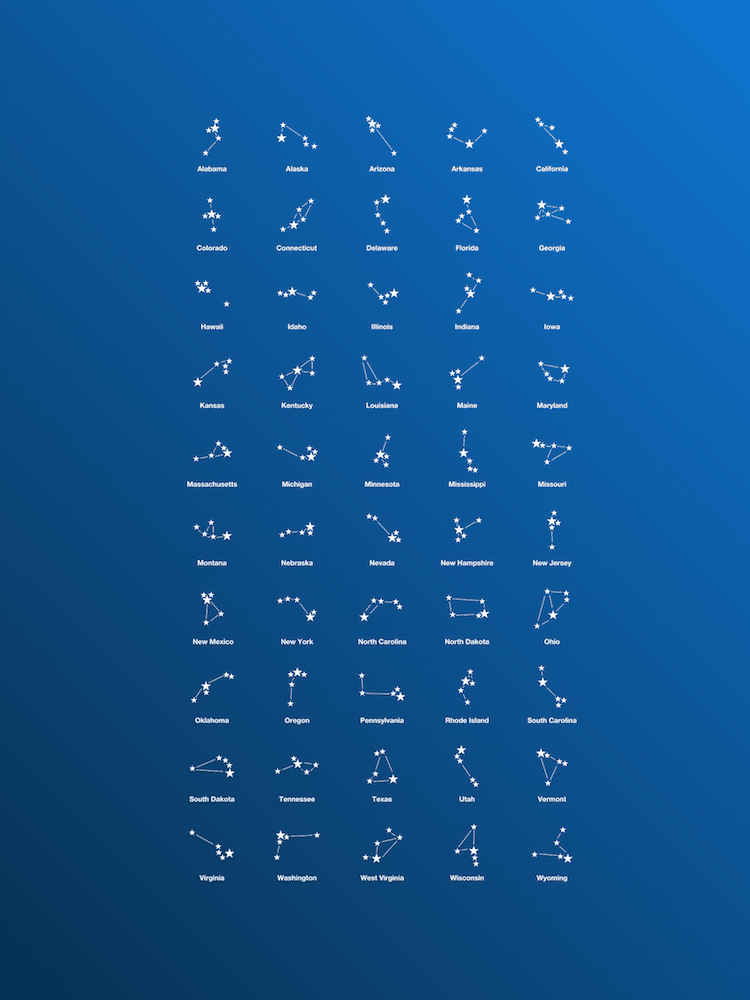 “City Constellations: The 5 Largest Cities in Each American State, mapped.”

And the whole world! 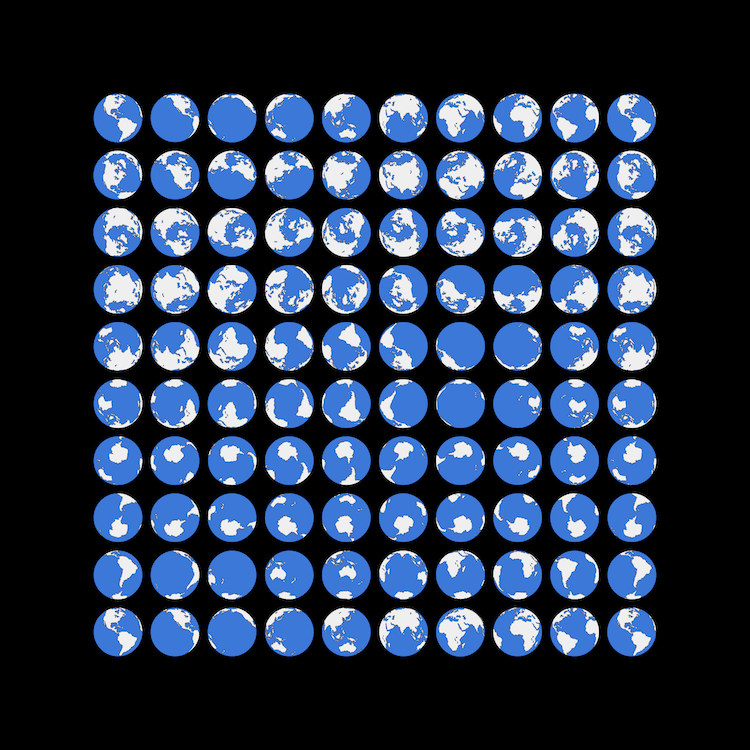 “One of my earliest memories of using a map is spinning the globe to learn where I'd live as a grown-up. (The answer was always the ocean.)”

My Modern Met granted permission to use photos by Peter Gorman.

Minimalist City Street Maps Made From Layers of Laser-Cut Wood