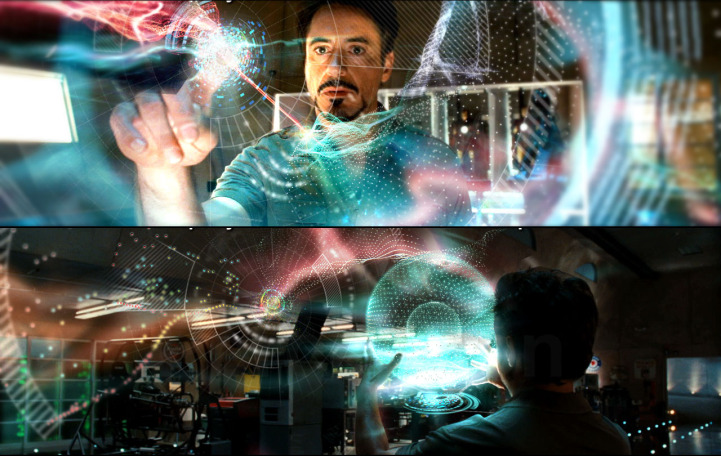 If you're one of those people who enjoys the art or design elements that are involved in a movie, you'll want to go over to Perception's website and read about their role in Iron Man 2.

In June 2009, Marvel Studios asked Perception to assist in delivering a simple graphics package to be used as an 80 foot projected backdrop for the Summer 2010 blockbuster “Iron Man 2”. Immediately impressed with the team's ability to immerse themselves in this world, Marvel Studios continued to seek Perception's assistance in bringing numerous fantasy elements to life. Fast forward six months later to March 2010, and Perception's role on Iron Man 2 had increased tenfold as the team delivered the last of over 125 shots, including the concepting, design and animation of various futuristic interface elements, numerous mock broadcast packages, and a tremendous amount of detailed compositing work.

You'll find some interesting, behind-the-scenes info and as well as some inspirational ideas. Perception talks about the thought process behind everything from Tony Stark's phone to a coffee table interface, window monitors, and various other screen designs and interface elements. Amazingly, none of these had pre-existing concept art! A-mazing!