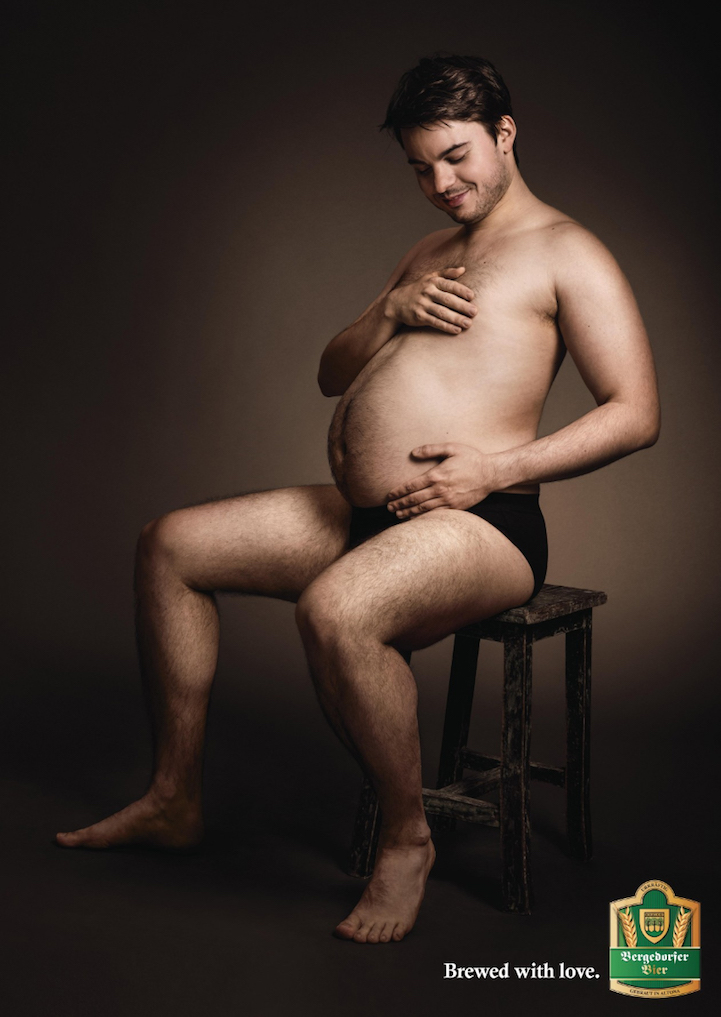 We’re used to seeing images of glowing, pregnant moms as they lovingly gaze at their growing bellies, but a German beer ad turns this idea on its head. Bergedorfer Bier switches the sexes, taking the same iconic pose and instead featuring underwear-clad men cradling bulging tummies of their own—ones created by drinking plenty of pints.

The soft, dewy images were created by German advertising firm Jung von Matt. With the slogan “Brewed with love” as its conceptual starting point, these smiling men visually embody the intimate moment that mothers-to-be know so well. After all, as this ad amusingly conveys, this is the closest they’ll get to an expanding belly. 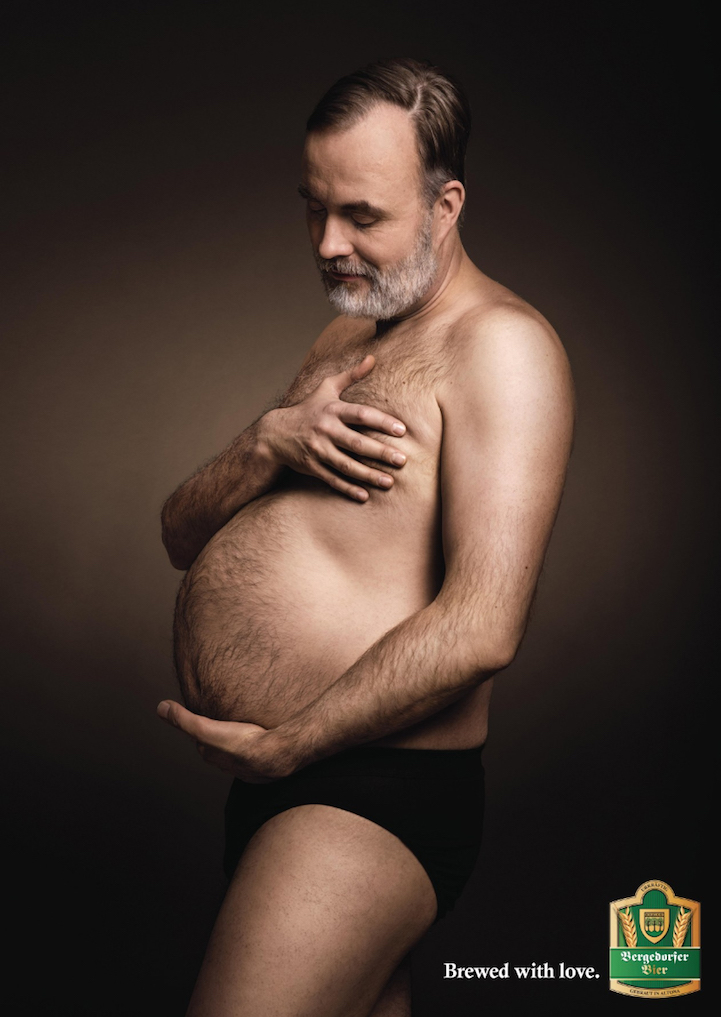 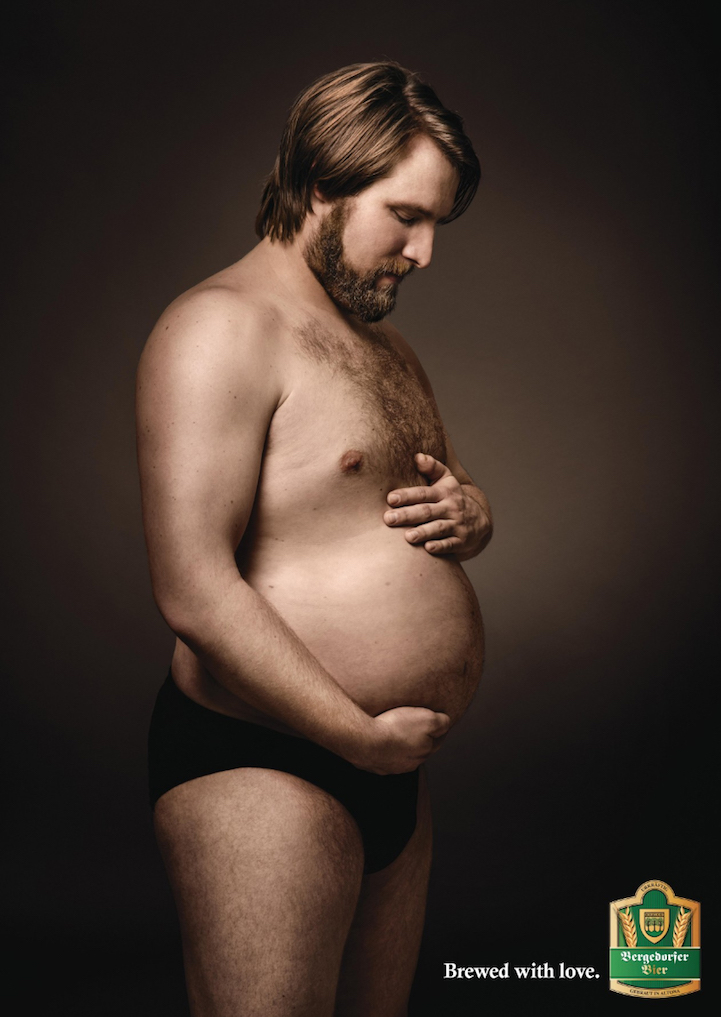