Modern Wristwatch that Reads You the Time 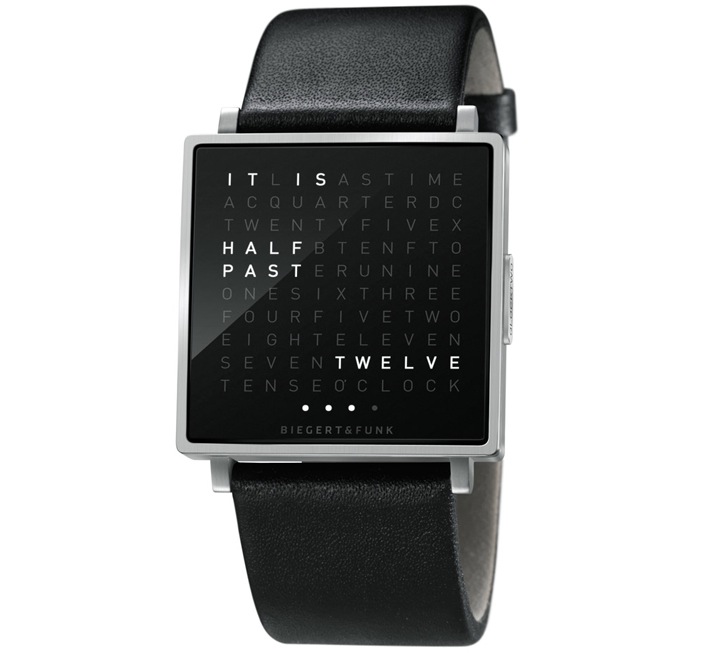 Why make out the hands of a clock when you can just read the time? In 2009, Alice shared QLOCKTWO, a text-based wall clock, with us. Nearly three years later, German design company Biegert & Funk have unveiled their wristwatch version of the innovative time-telling design called QLOCKTWO W. Like its predecessor, the face of the watch displays what appears to be a board of 110 scrambled letters that light up the necessary letters at the touch of a button to form words that tell you the time. While the text only spells out the time to the closest five-minute increment, there are a series of four dots below the letter grid to signify additional minutes between the five minute intervals.

Though we have digital watches today that make it even easier to tell what time it is, QLOCKTWO W is in a different league when it comes to style. Telling time is one thing, but looking good with the latest technology on your wrist is another. The sleek, minimalist design is set to be on sale in autumn 2012, available in a black or steel color scheme in either English or German for approximately 550, which rounds out to about $876. 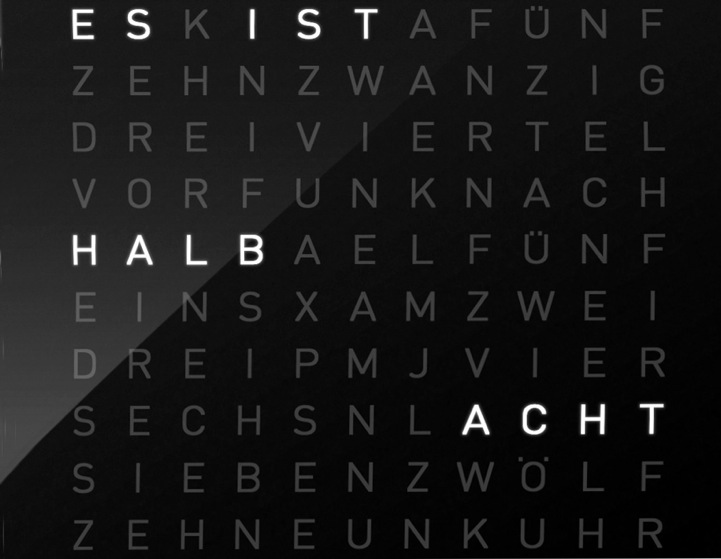 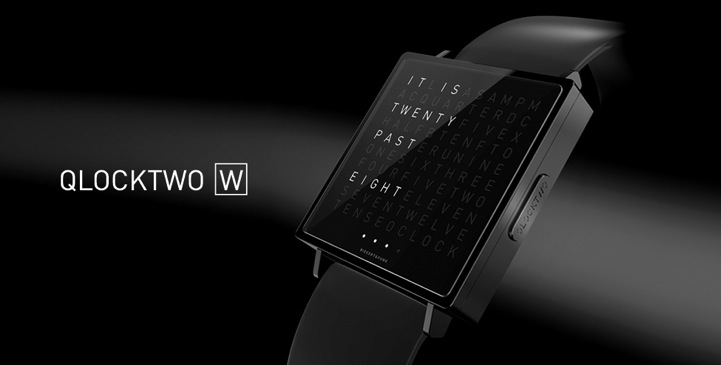