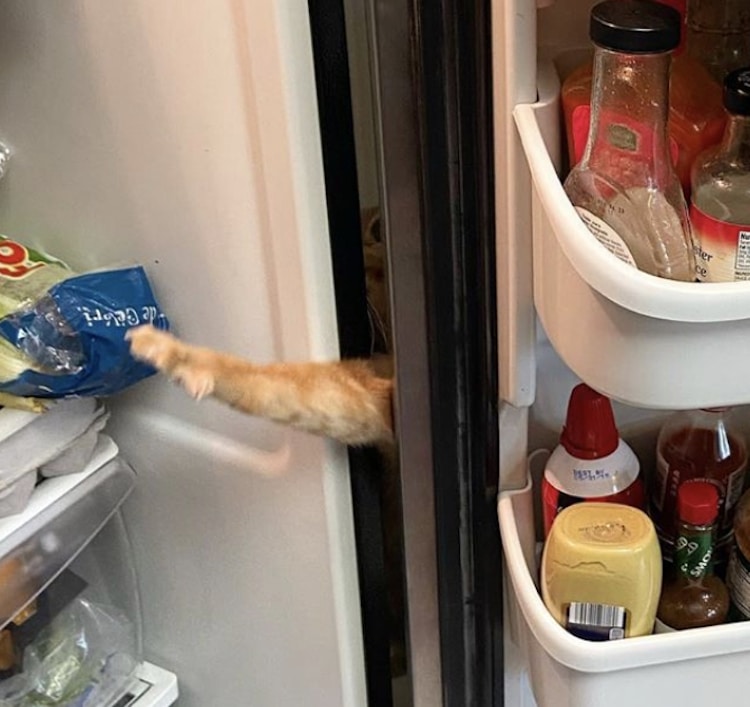 Cats are curious by nature. Open up a closet or a drawer and they’re likely right alongside you, wanting to explore a space that’s totally new to them. Rachel Zardus and Andrew Taylor, pawrents to a rescued feline named Carrot, experience this every day, especially when they’re trying to open their refrigerator. In a now-viral photo, Carrot is seen reaching his “arm” between the door and the rest of the unit while nearly piercing a bag of celery in the process. Judging from the sign taped to the door shelving, we know it’s not the first time that Carrot has made this move. The sign, in all caps, reads “Check for cat arm B4 closing.”

Carrot is a smart kitty that, according to Zardus and Taylor, is “obsessed” with playing. And like many animals, he is food motivated. Combine the love of play with a love of eating and you’ve got a “game” where Carrot tries to get Zardus and Taylor’s attention by not-so-stealthily stealing human food from the fridge.

Although the sign might make you worry that Carrot has previously caught his leg in the door, fear not. The sign is mostly there as a joke. It’s easy for Zardus and Taylor to keep tabs on Carrot while he’s awake, but they’ve got to stay on their toes. If they leave something like a burrito or yogurt unattended, Carrot is there to make sure it gets eaten. 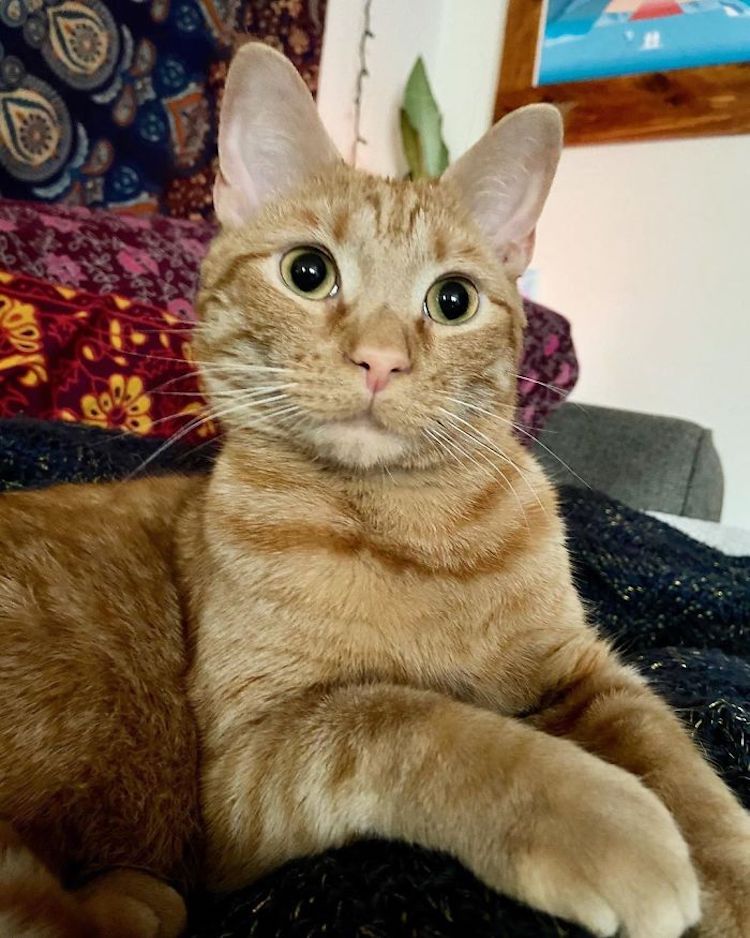 And he's a playful little fella, getting into all kinds of mischief. 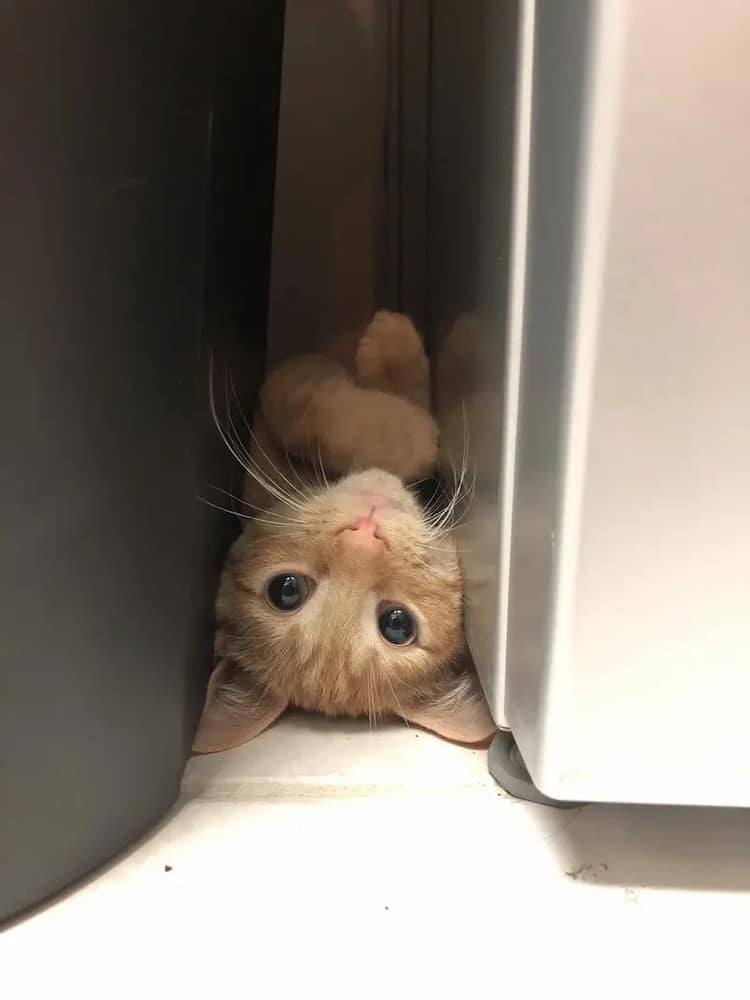 When his humans, Rachel Zardus and Andrew Taylor, visit their fridge, Carrot has made a game of putting his paw between the door and the rest of the unit. 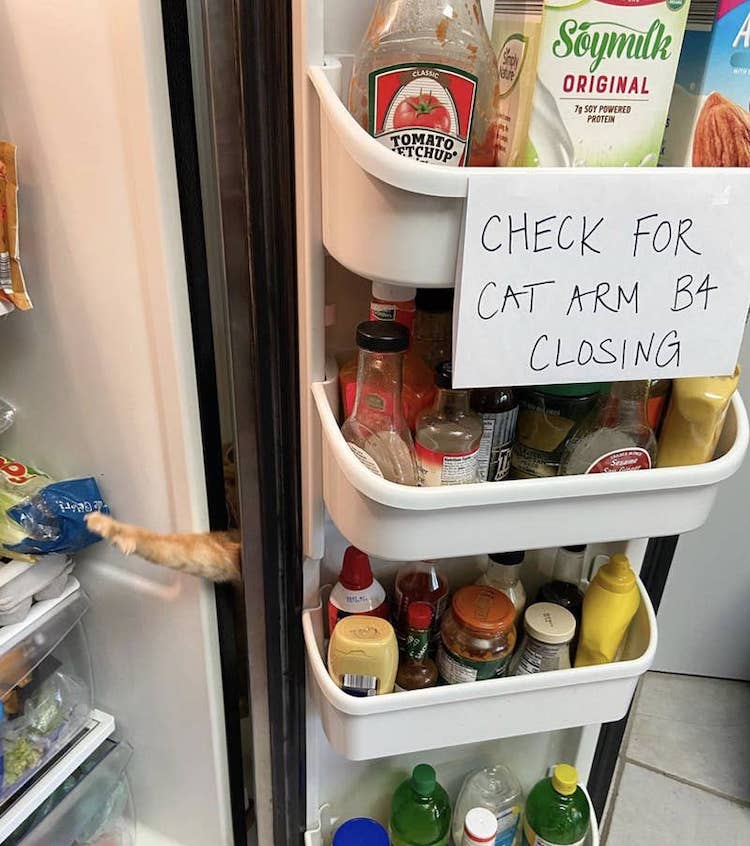 But don't worry—the sign is mostly there as a joke. Carrot has never had his “arm” caught in the door. 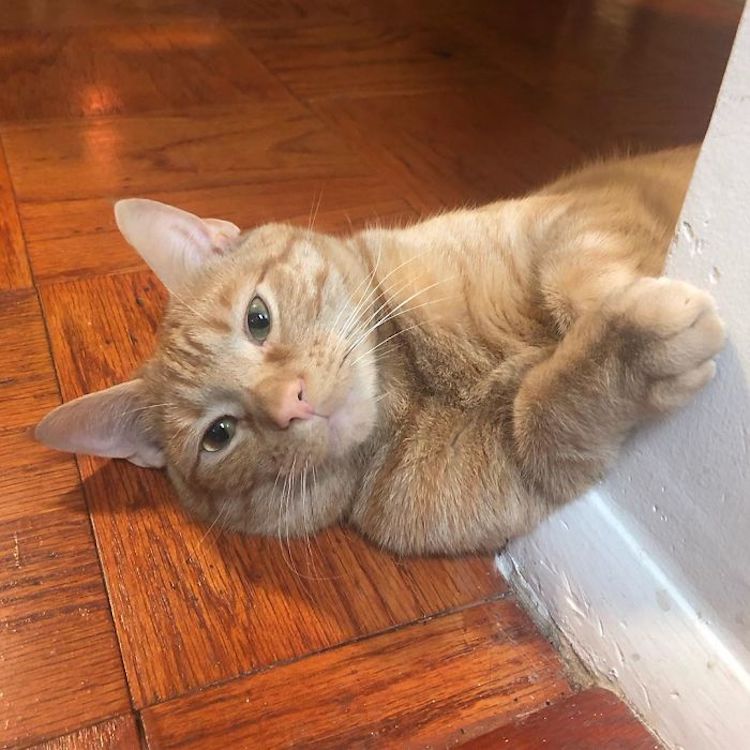 But he loves human food, so the couple needs to be careful when enjoying a tasty burrito. 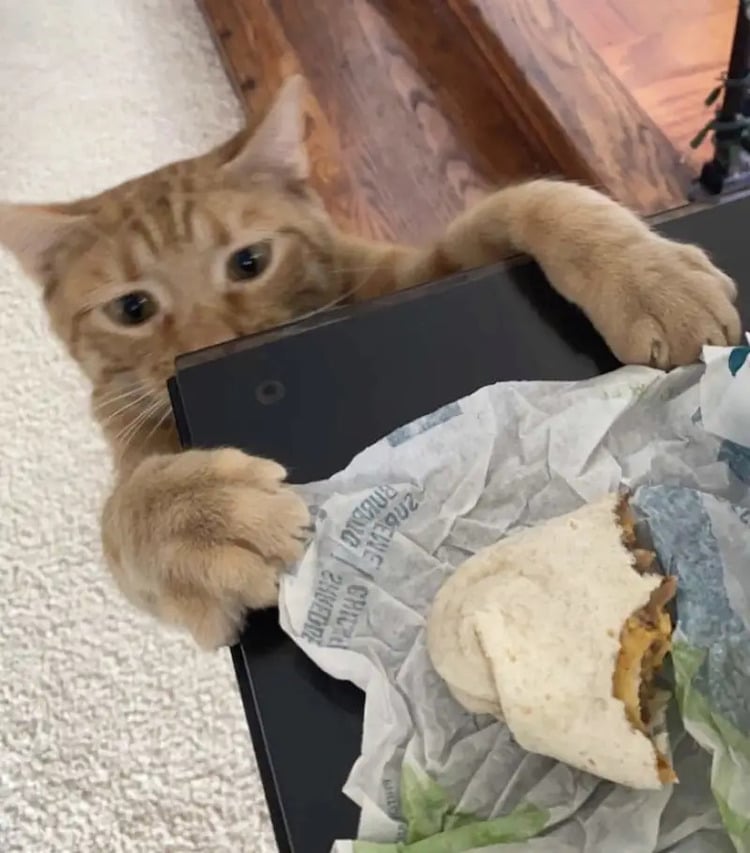 Know a cat pawrent? Share
Like My Modern Met on Facebook
Get Our Weekly Newsletter
Become a
My Modern Met Member
As a member, you'll join us in our effort to support the arts.
Become a Member
Explore member benefits