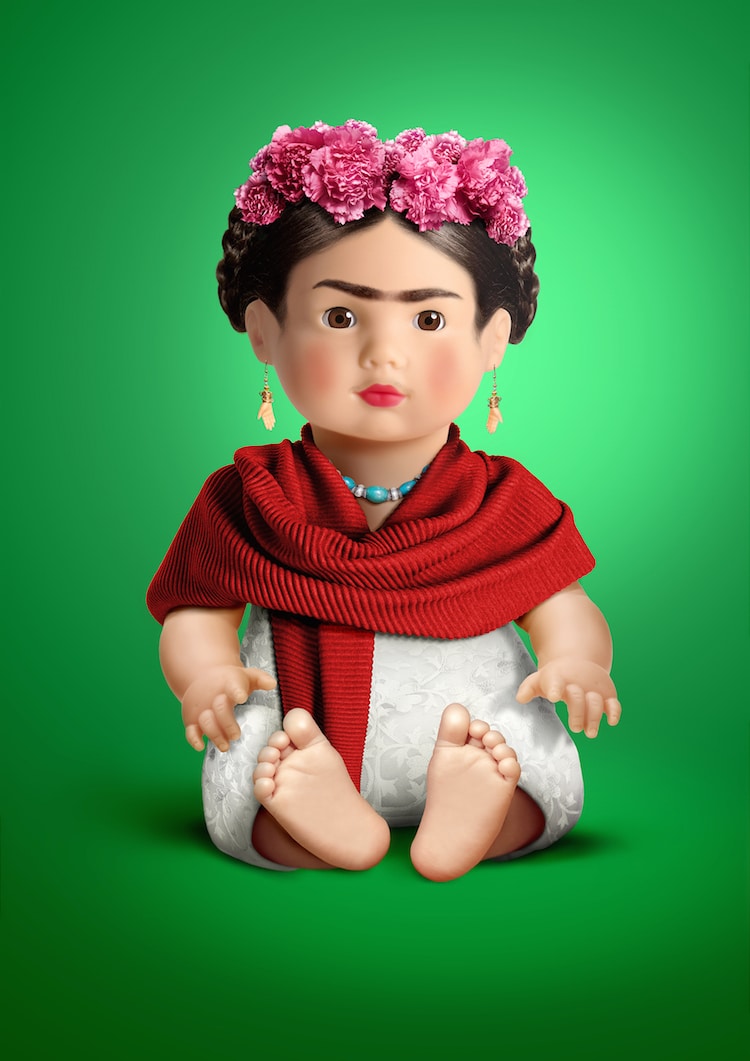 In today’s society, the constant stream of celebrity content on social media and television has a huge influence on the lives of many ordinary people. Whether it’s beauty or riches or fame, many people strive to live just like their icons and often measure their own achievements against them. Bologna, Italy-based digital artist Dito Von Tease explores the meaning of “contemporary simulacra”—a term that describes “the transformation of the symbolic into the semiotic image – a journey from reflecting reality, to masking reality, to having no relation to reality whatsoever”—by turning iconic figures throughout history into toy dolls.

The series, aptly titled IDollz (a portmanteau of the words “idol” and “doll”), sees past and present influential figures such as Frida Kahlo and Barack Obama reimagined as mere playthings. The Photoshopped portraits illustrate the false and manufactured idea of “celebrity.” Von Tease says, “The representation of celebrities as dolls reveals the mystery of their power: their magnificence does not belong to them, but it depends on people and their investiture, belief, and confidence. So postmodern idols become like toys in the hands of their fans, citizens, faithful, or users.”

Each subject features distinct elements that allow the audience to instantly recognize the character, despite their “dollified” appearance. The Frida Kahlo doll wears flowers in her hair and her famous skull earrings, and she has her iconic monobrow; the Charlie Chaplin doll has a black and white suit along with bowler hat and mustache; and the Freddie Mercury doll is styled with his quintessential mustache and the artist’s famous yellow jacket. This is a visual reminder of how public figures tend to have their own refined costume-like looks and self-images, just like a doll.

You can see more of Von Tease’s artistic projects on his website. 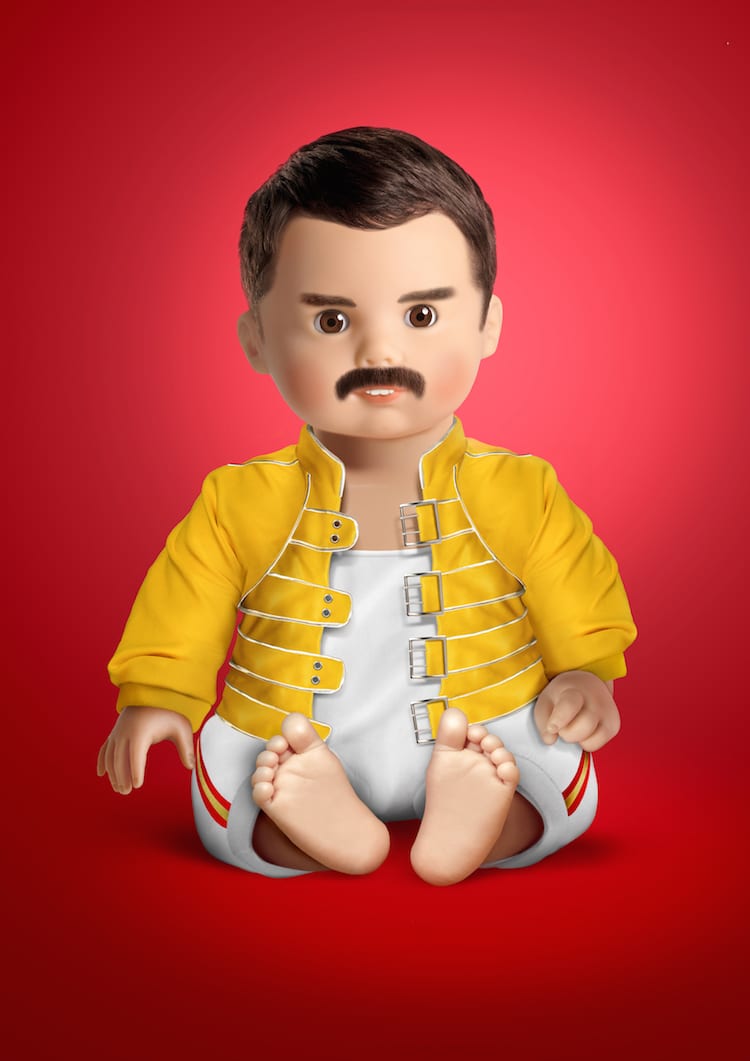 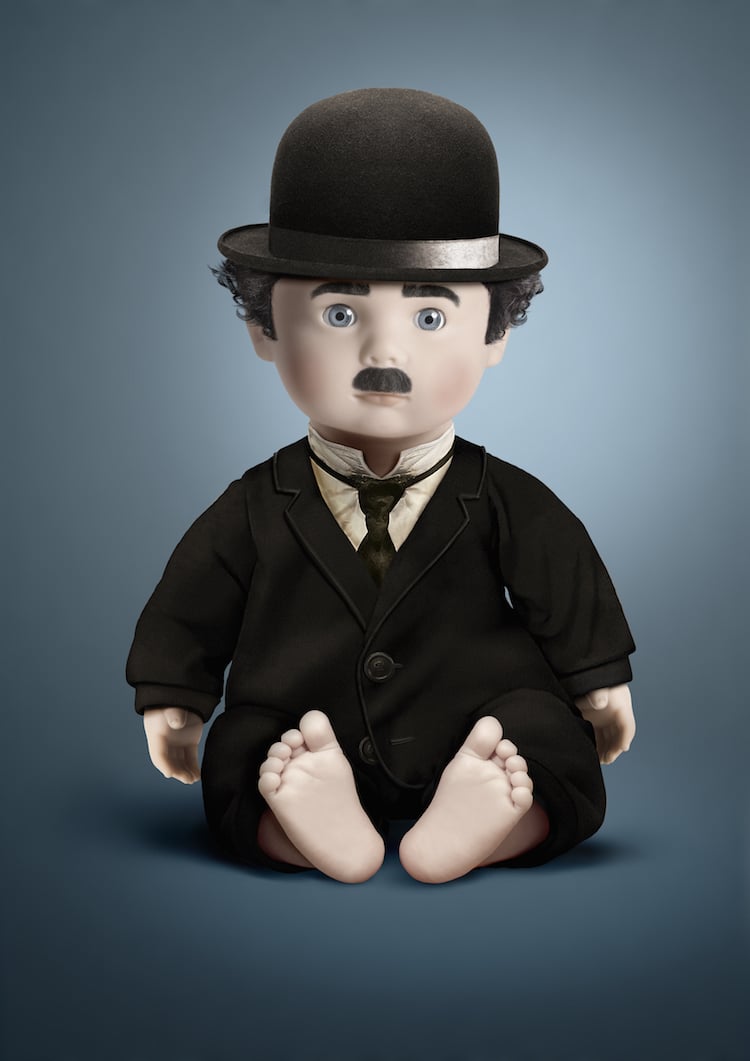 The series, aptly titled IDollz, is a representation of the false and manufactured idea of “celebrity.” 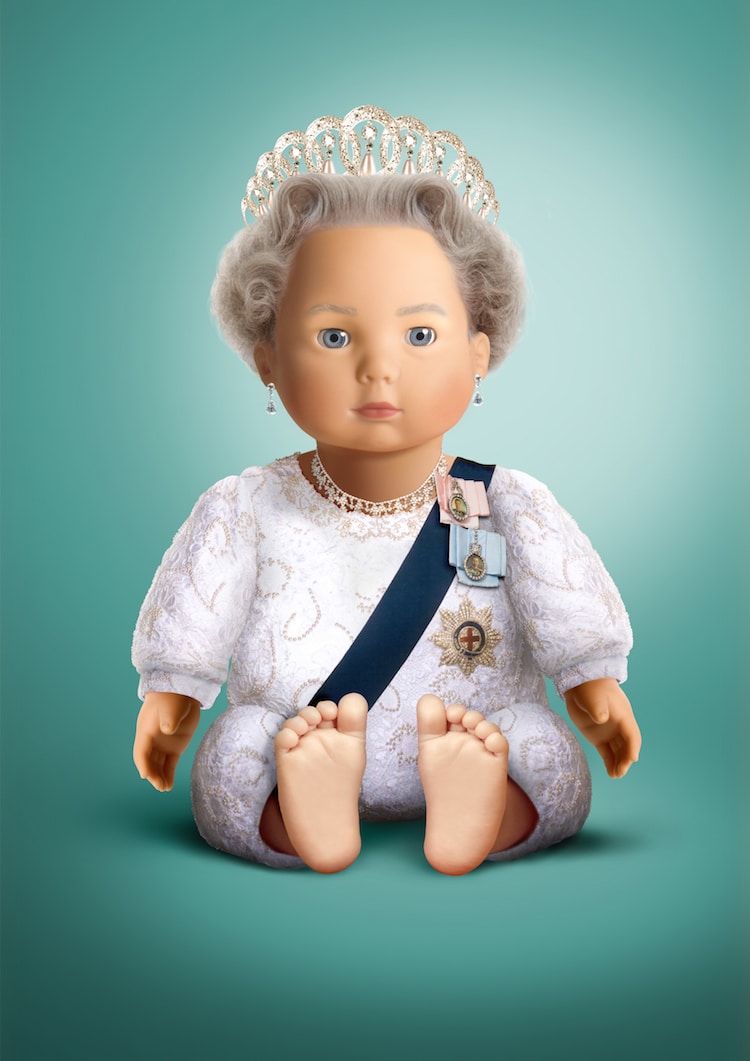 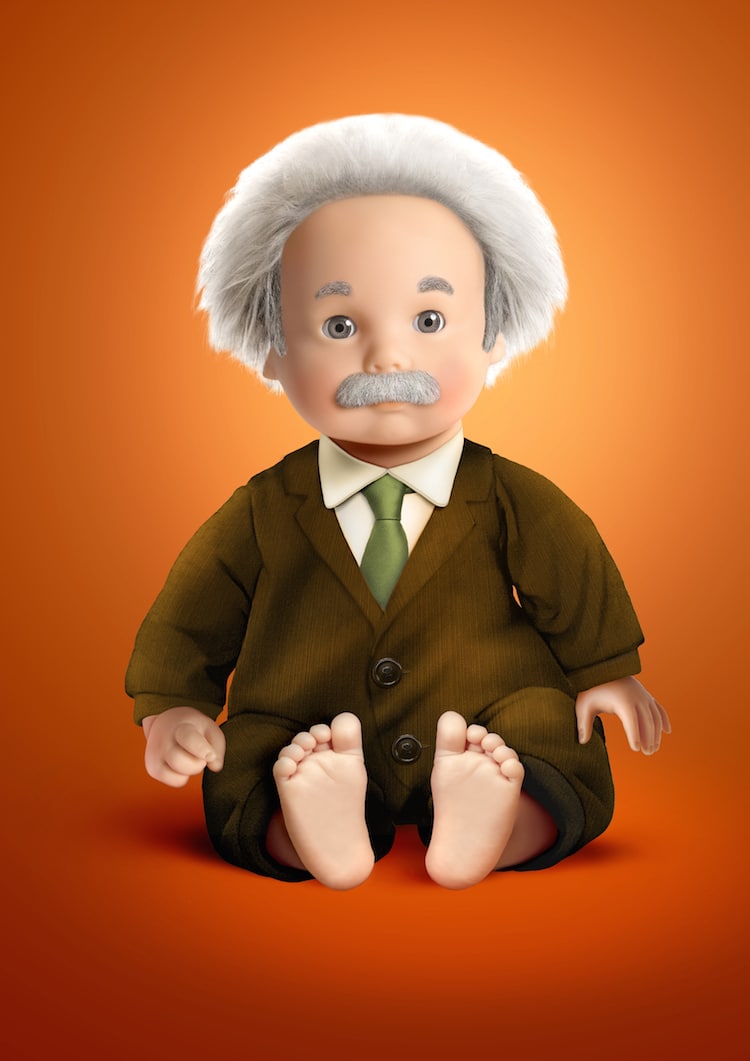 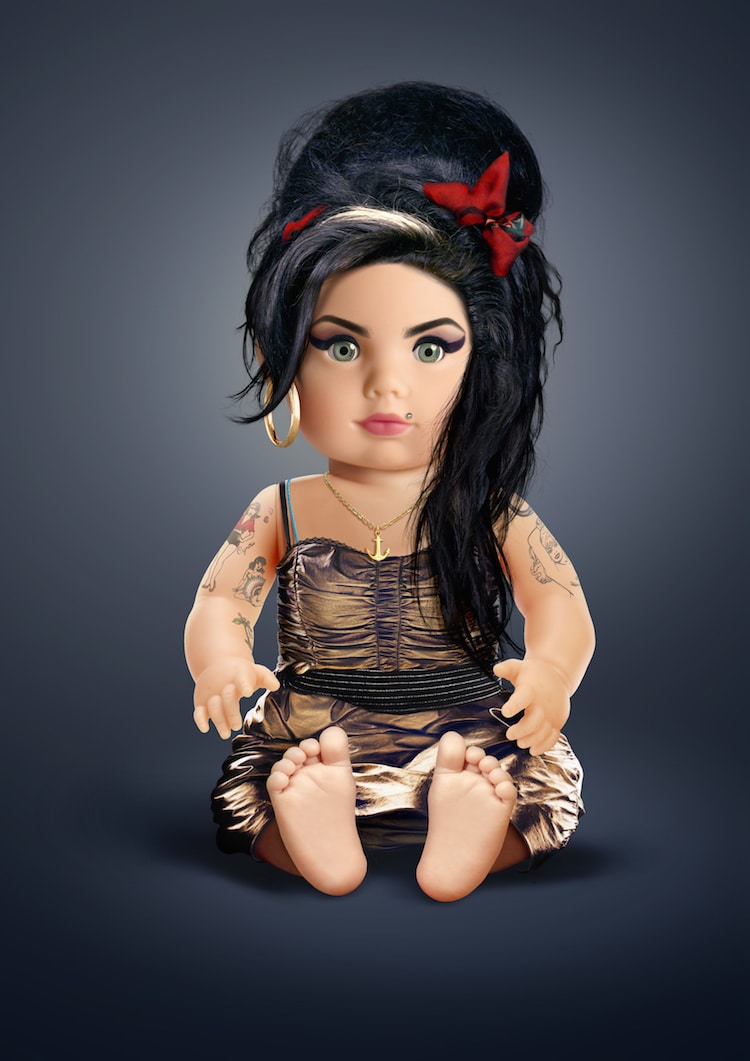 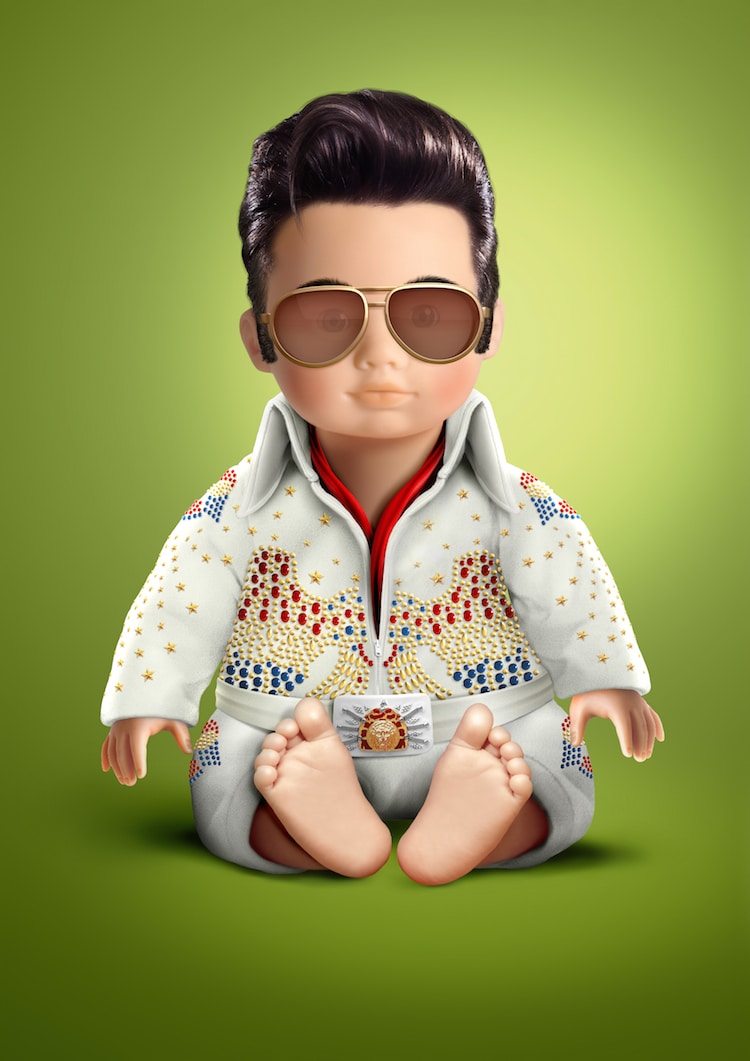 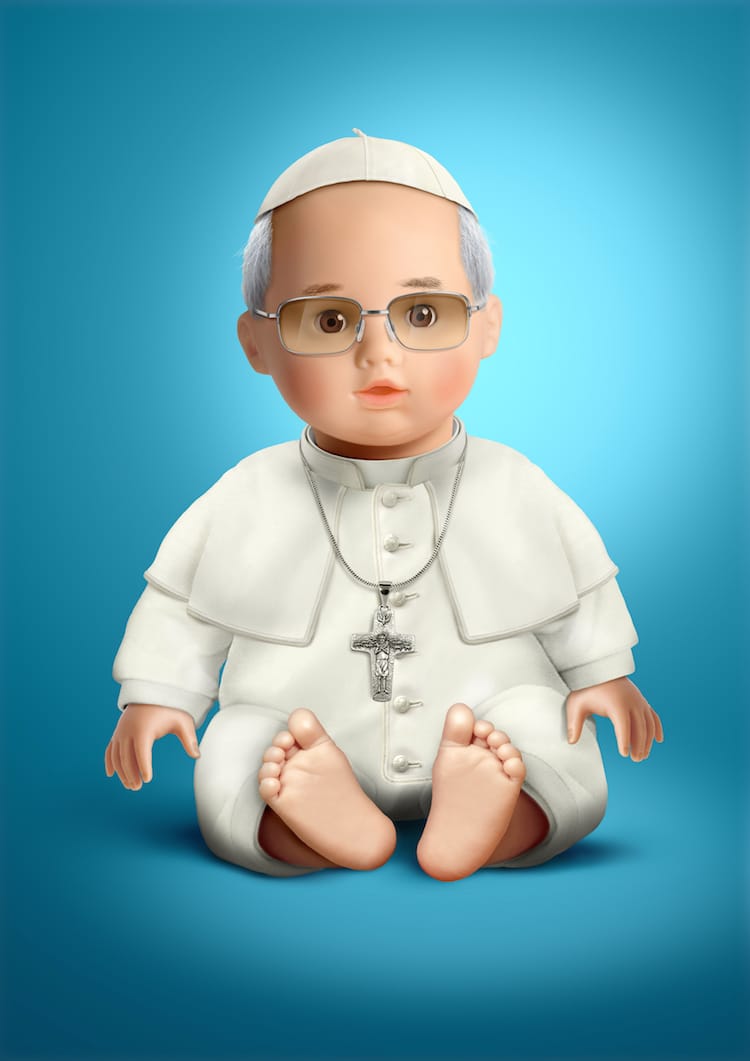 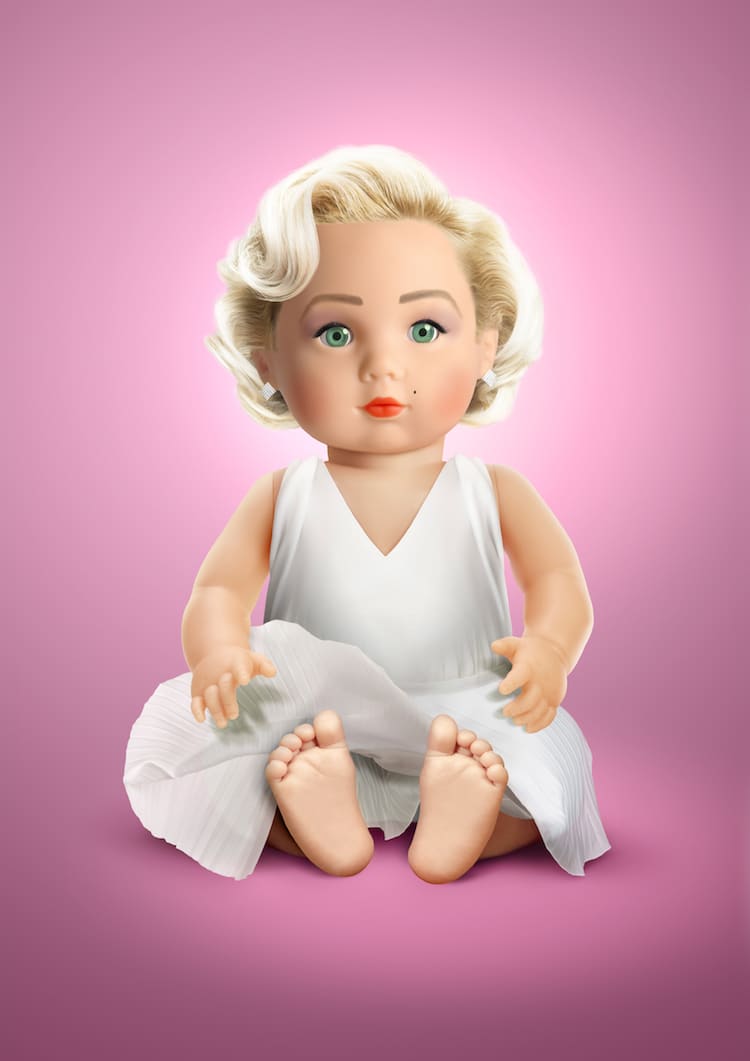 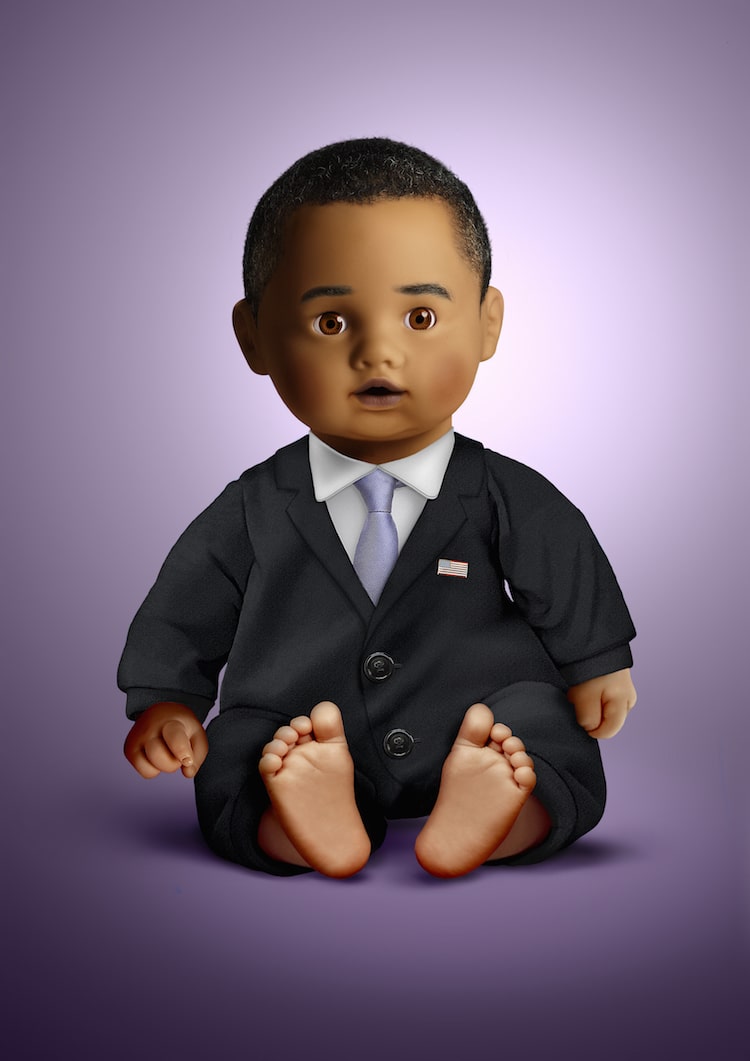 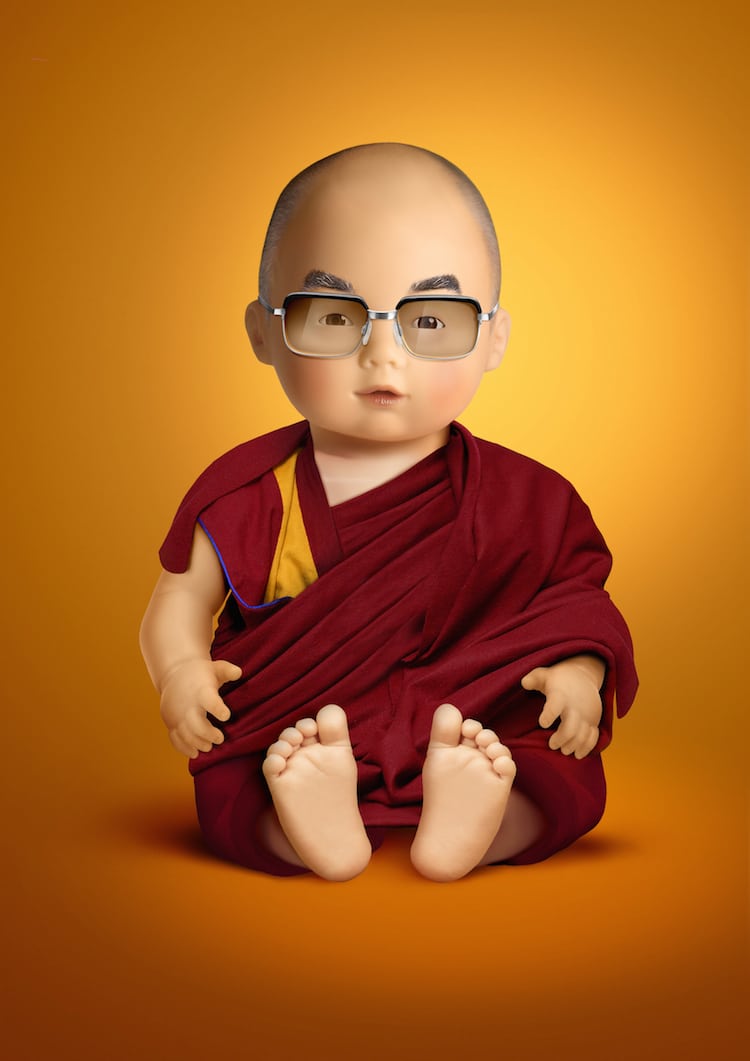 My Modern Met granted permission to use photos by Dito Von Tease.

Quirky Kokeshi Dolls of Your Favorite Modern and Contemporary Artists