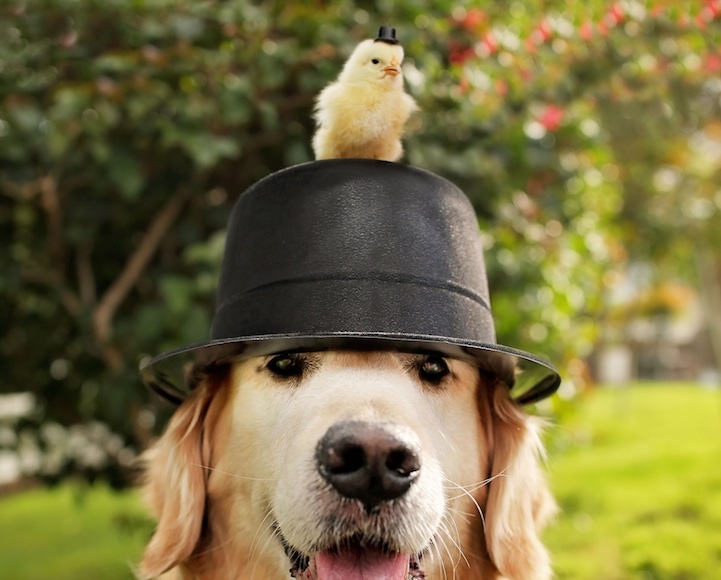 Remember Champ, the happiest dog in the world? His owner, 21-year-old Candice Sedighan, just shared with us a new series of photos she's taken of the adorable dog and his newfound friends. Recently, Candice ran into a man who was holding chicks in a box. “When I asked about them, he told me he had gotten them at a hatchery and after only one day he couldn't keep them anymore,” she said. “He asked me if I think any factories would want them, but I offered to take them instead so I could find them a safer home. I bought all the necessary supplies to keep them comfortable and healthy for a few days, and will be donating them to a local college's teaching farm.”

So how did Champ, the 11-year-old senior dog, take to the young baby chicks? “Initially I was unsure about how Champ would react to them,” Candice says. “I carefully introduced him to just one chick in my hand to see how he would react while I was petting it. He didn't mind the chick at all and just curiously and gently sniffed it. I think one of the biggest reasons he didn't want to hurt the chick was the way I introduced it to him. He is also much more obedient after years of training and getting used to me photographing him. In 2012, I photographed him with live butterflies on his nose and I'm sure that photoshoot helped prepare him as well.

“Senior dogs are also just undeniably sweet and full of wisdom. One of my biggest goals, through my photos, is to show others that senior dogs can be cute, too! It seems that puppy photos and videos are quite popular these days, and, of course, puppies are adopted much more quickly in shelters and rescues. I hope these photos help people have a change of heart and give seniors a chance!”

Cute elderly dog treats these chicks as if they were baby Golden Retrievers! 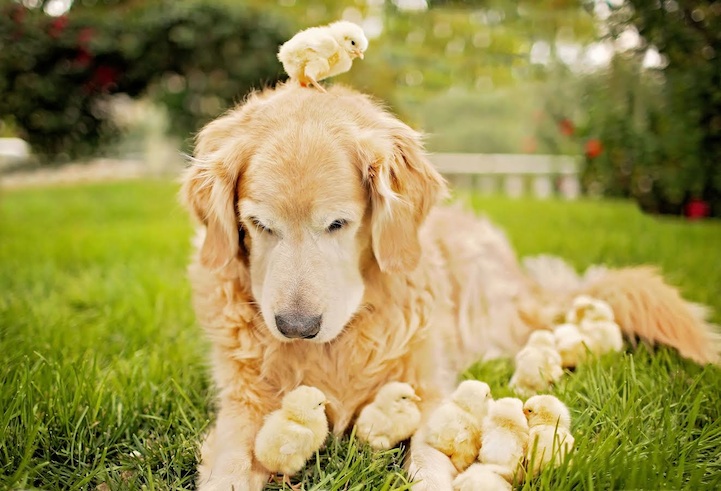 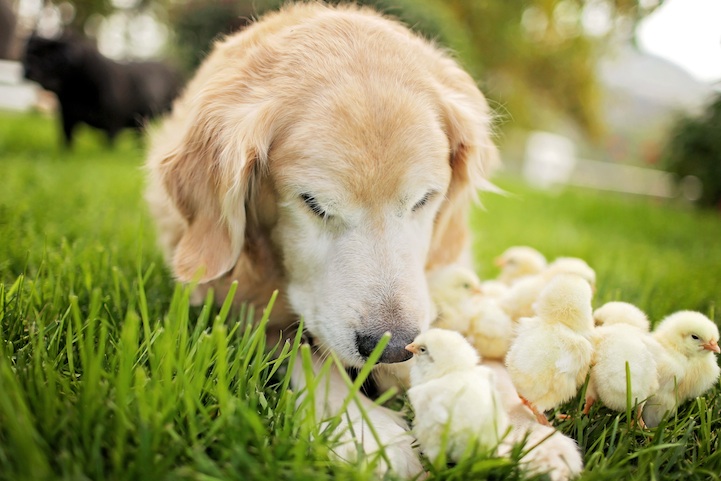 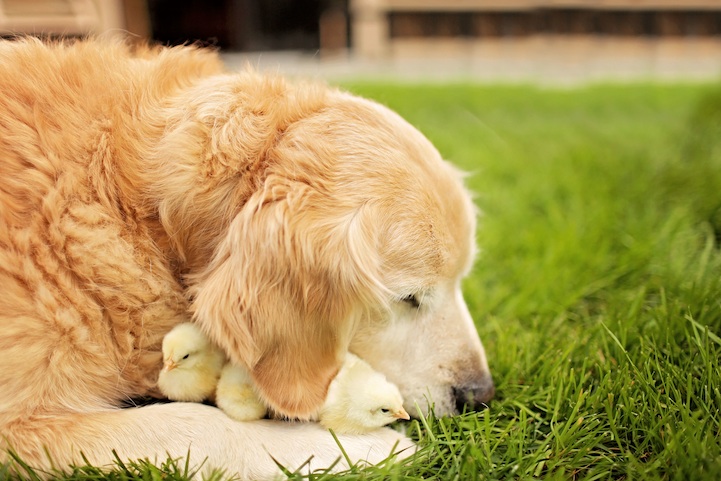 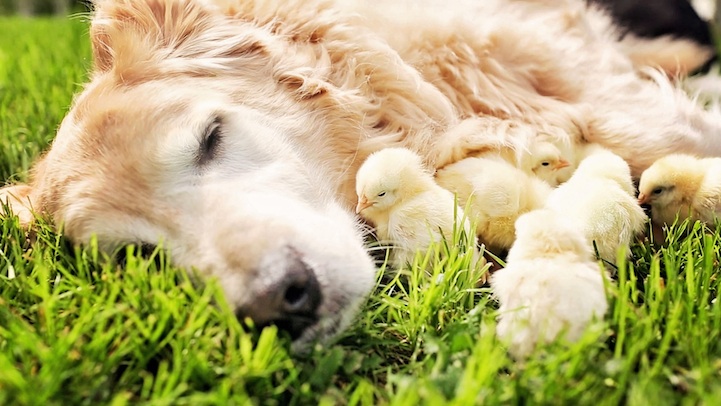