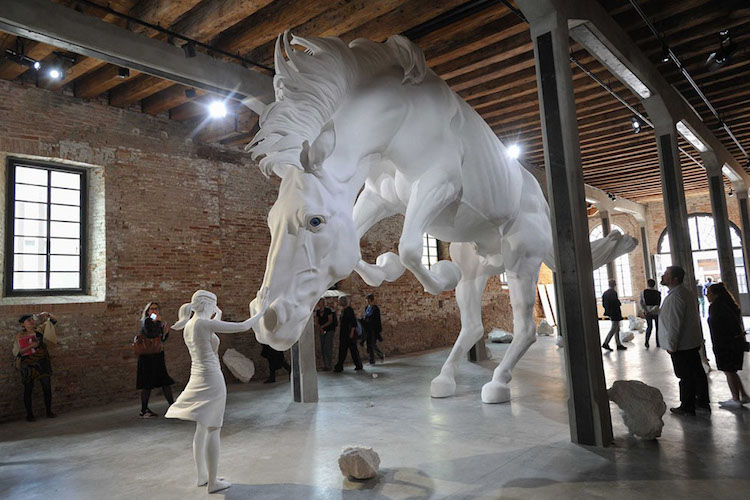 The 57th Venice International Art Biennale opened on May 13, and already the Argentinian Pavillion is causing a stir. Housed in the mammoth Arsenal building, Claudia Fontes‘ The Horse Problem is quickly becoming one of the art event's most photographed art installations. The large-scale sculpture group depicts a girl gently caressing the nose of a powerful horse frozen in movement.

The Argentinian artist looked to several sources of inspiration for the work. First, the context of the building. Venice's Arsenal was built to churn out the ships and armor necessary for the lagoon's powerful naval fleet from the 13th century onward. When it was built, it took up 15% of Venice's land mass and was the largest pre-Industrial Revolution industrial complex in Europe. As Fontes notes, “wood, bricks, and iron could only have been made and put together by horse-power in the times the Arsenal was built.”

The second underlying source for The Horse Problem deals with the pressures of creating art for one's nation. The Venice Biennale is a rare opportunity for artists to represent their countries abroad, and creating an artwork meant to represent an entire nation presents its own pressure. “Representing a country does have an ethical dimension that you have to address in your work, because the work is funded with public money,” explains Fontes. “So I would say it is neither problematic nor an honor: it is a responsibility, and a very big one.” 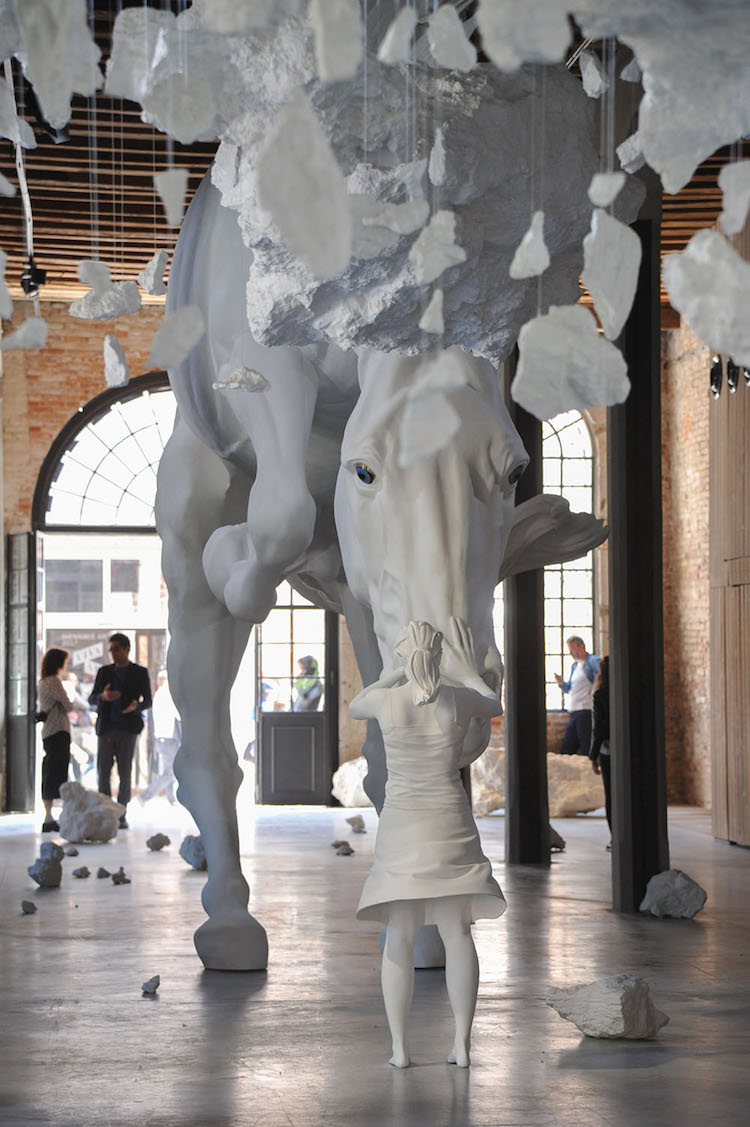 In part, Fontes looked to Ángel Della Valle's 1892 painting, The Return of the Indian Raid, which is considered Argentina's first artwork commissioned to represent the country abroad. The artist takes the characters who were passive characters in Della Valle's work, the horses, and captive girl, and sets them free in this new contemporary context.

“The scene is inspired by the nineteenth-century cultural icons around which Argentina’s cultural identity was artificially built, and challenges them with a surreal scene that will hopefully have the quality of an apparition,” Fontes shares with Artreview.

The 57th Venice International Art Biennale is open until November 26, 2017.

The Horse Problem in the Argentinian Pavillion has become an early favorite at the Venice Biennale, the world's foremost contemporary art event. 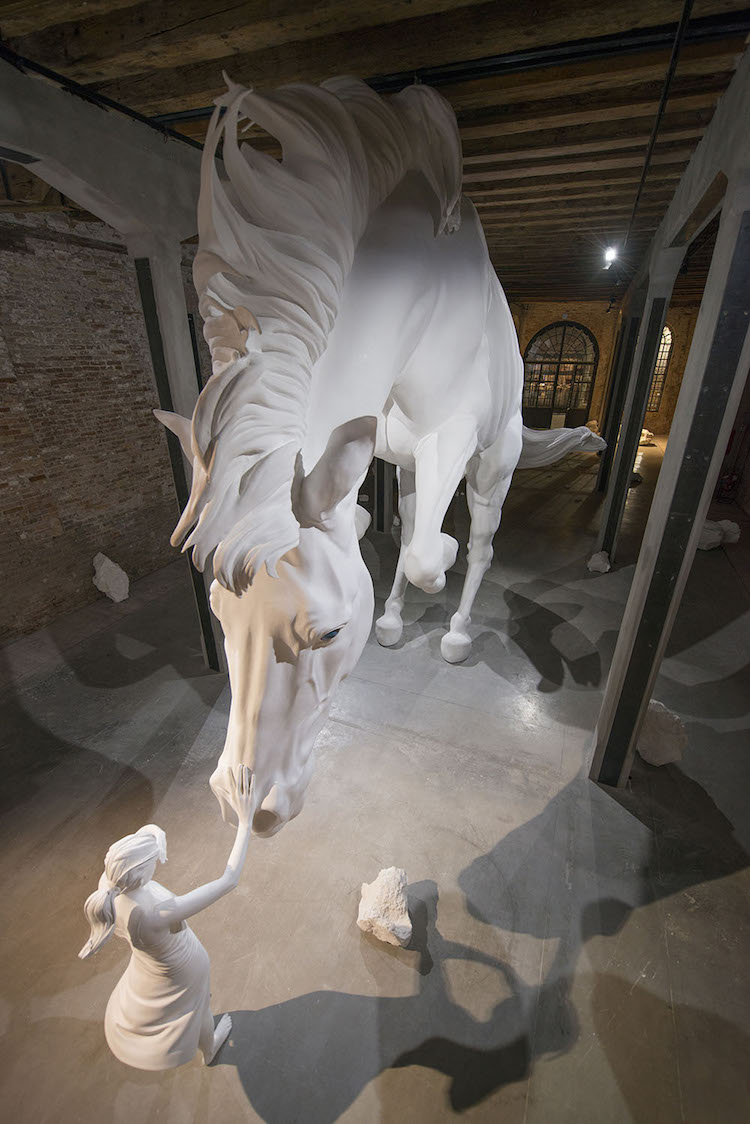 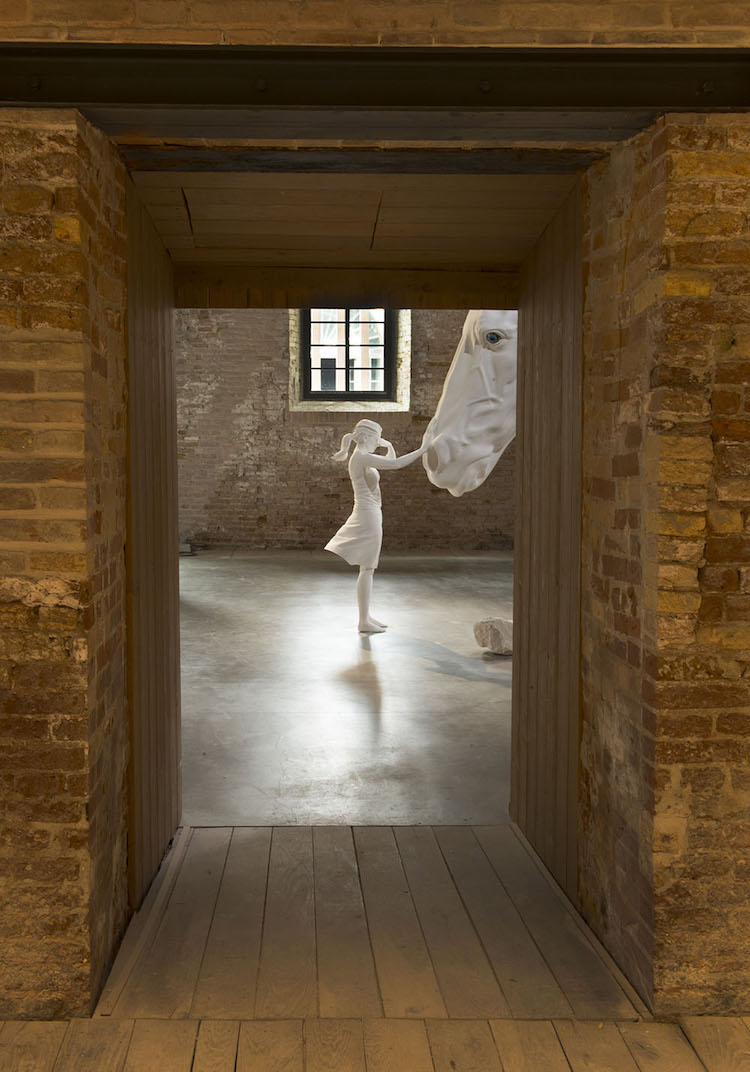 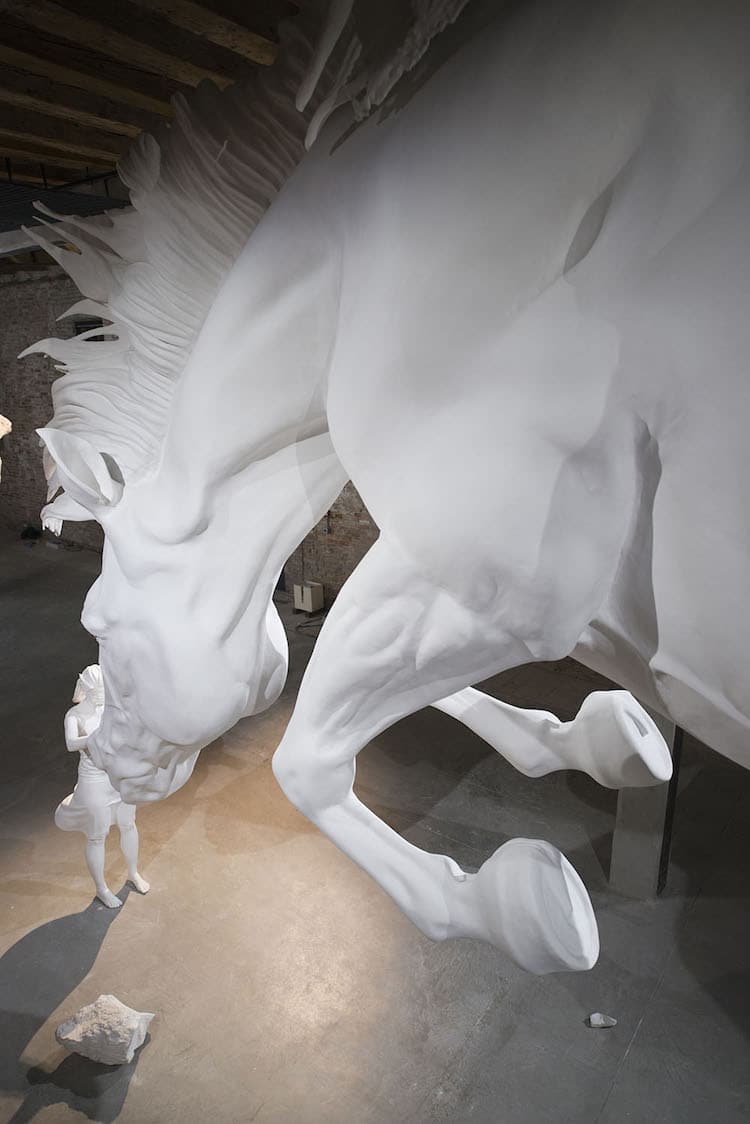 All images via the artist except where noted.

Interview: Artist Who Runs Naked with Horses Shares Why These Animals Are His Muse