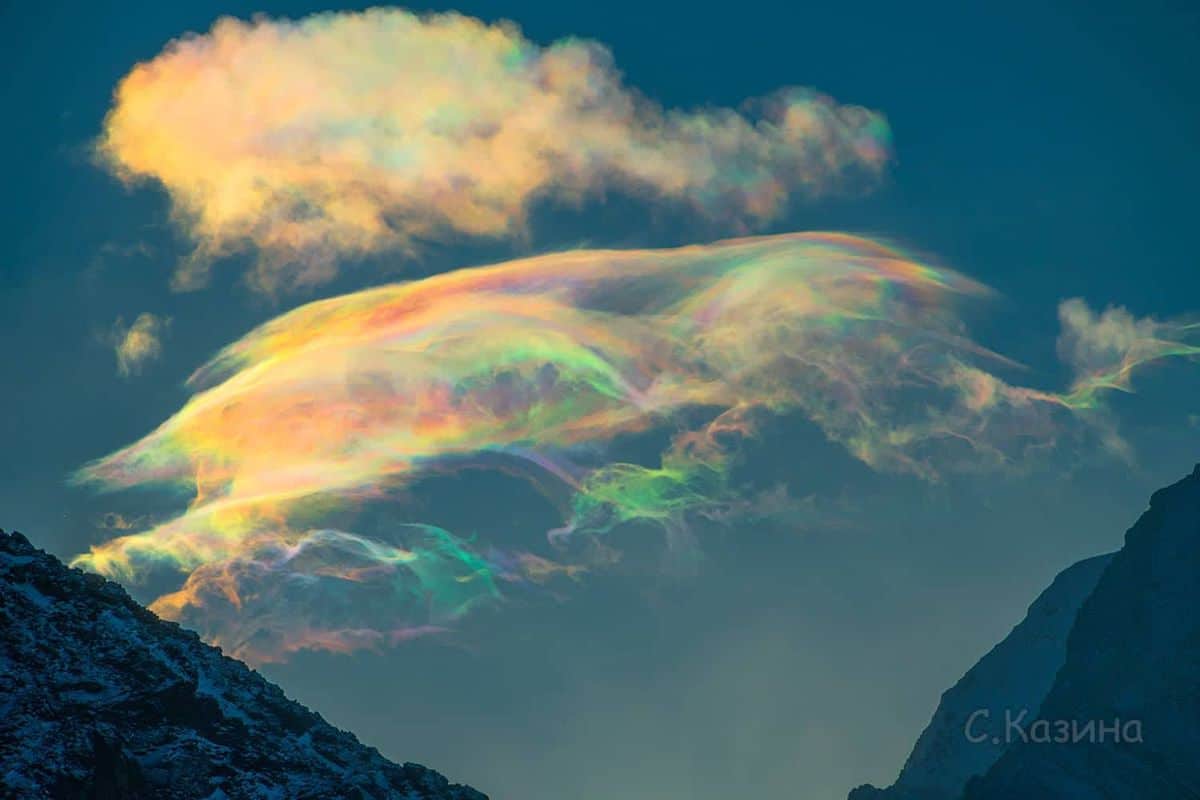 Russian photographer Svetlana Kazina has a deep love of nature. So much so that, over twenty years ago, she quit her job in the city and moved her family to a hut in a mountain village near the border of Kazakhstan. It's here that she has been able to hone her craft and spend time surrounded by the awe-inspiring environment. One of her favorite locations to photograph is Siberia's highest peak, Belukha Mountain. And on a recent winter day, she was able to capture stunning photos of iridescent clouds hovering at the summit.

Regarded as a sacred mountain by locals, it rises up 4,500 meters and is situated within the Altai Mountains. As one would expect, given its level of elevation, arriving at Belukha Mountain is not easy. Kazina notes that from her village it took one day by car and two days on foot to reach the Ak-Kem valley. From there, it's another day to reach the base of the mountain. Such an arduous journey meant that the only others accompanying Kazina during her time on the mountain were scientists and meteorologists conducting research.

However, the time spent arriving at her destination was well worth it when she awoke one morning to a spectacular sight. The dry, frosty conditions, coupled with high winds, made for the appearance of iridescent clouds. Nestled between the eastern and western peaks, these rainbow colors often appear when clouds are close to the sun and the moon. As they often occur at Belukha Mountain, Kazina was prepared.

While the irisation is easy to see with the naked eye, as long as the sun isn't too strong, it can be difficult to capture on camera. Using a polarizing filter and tripod, Kazina aimed her camera at the dazzling rainbow clouds in the sky and snapped away. The results speak for themselves. Each cloud has its own unique look, from multi-colored cotton candy to giant soap bubbles in the sky. While Kazina's time observing the clouds was brief—they needed to move to the next meteorological station—she was still able to come away with an incredible portfolio of images. 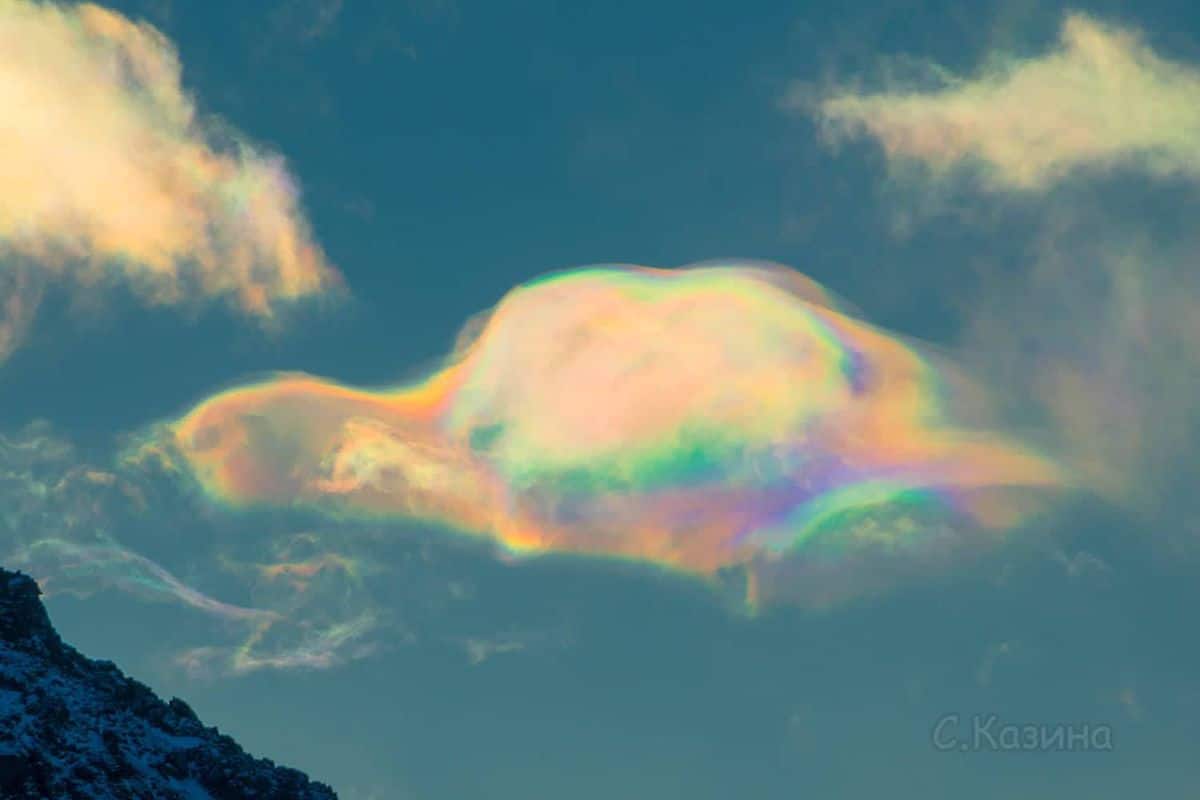 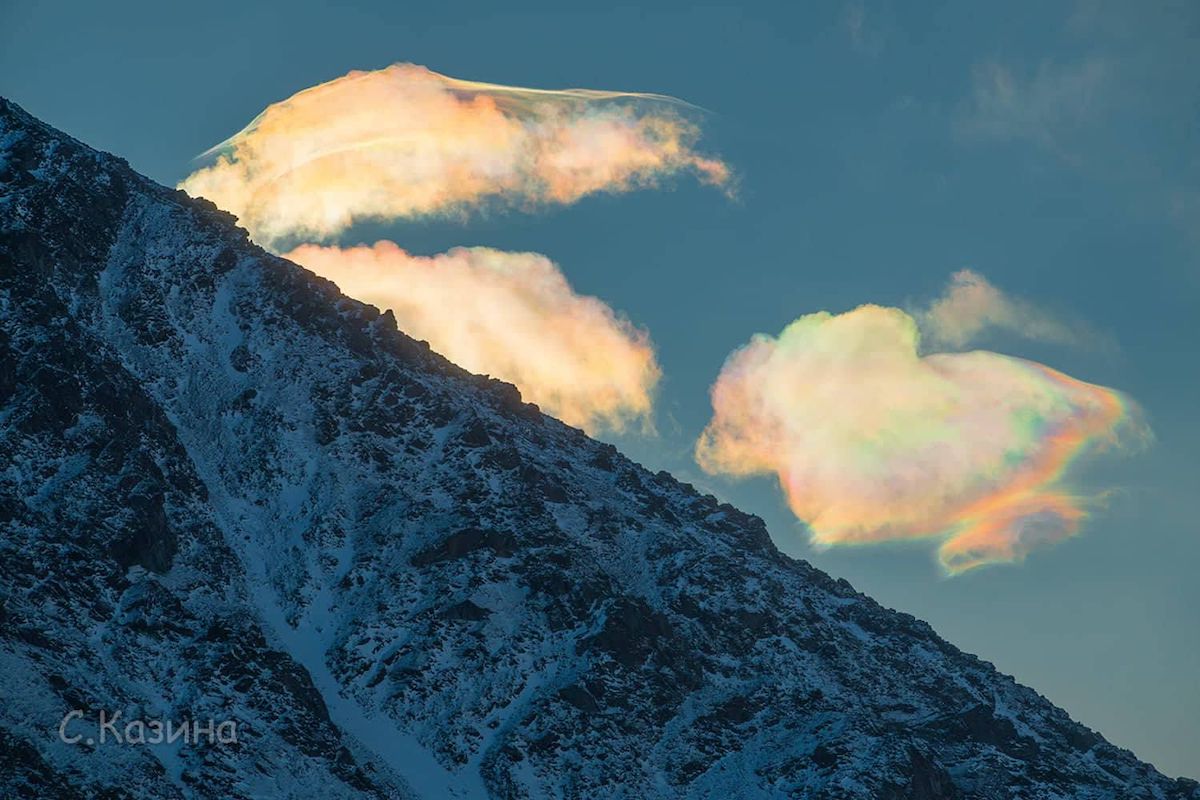 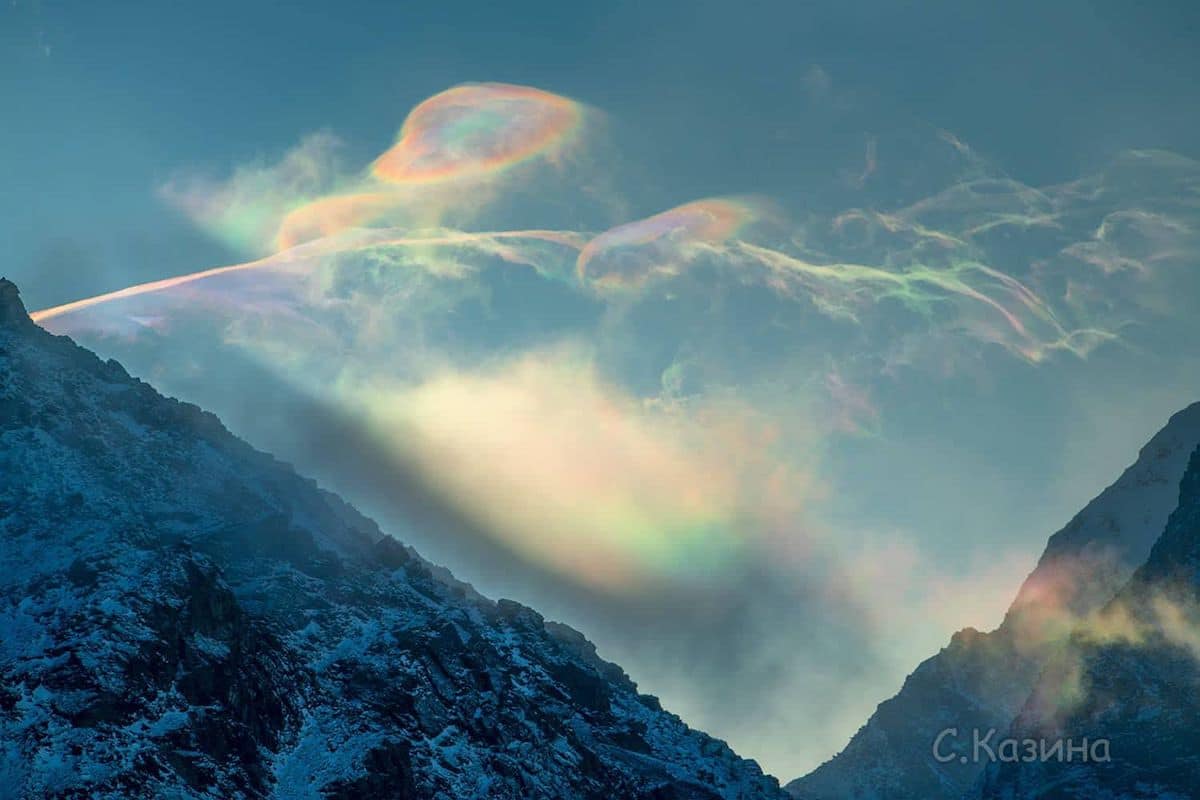 Irisation is caused when light scatters through small water droplets or ice in clouds near the sun. 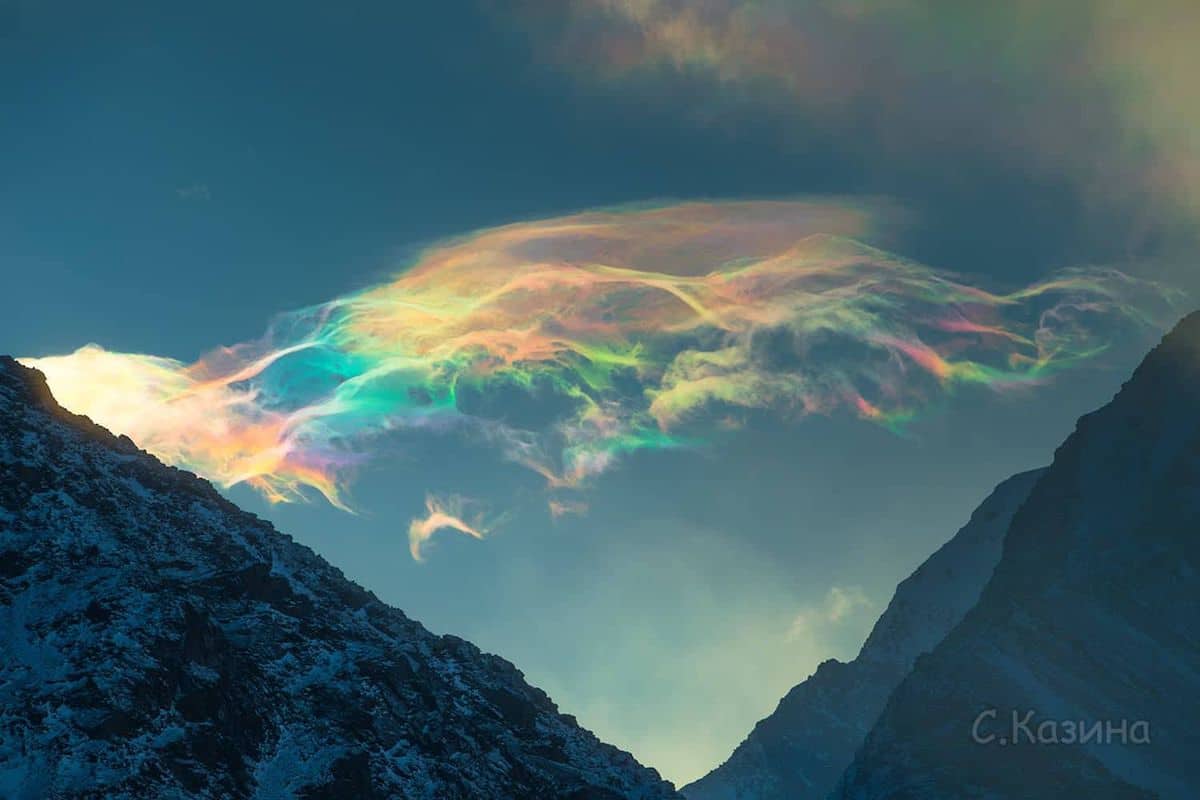 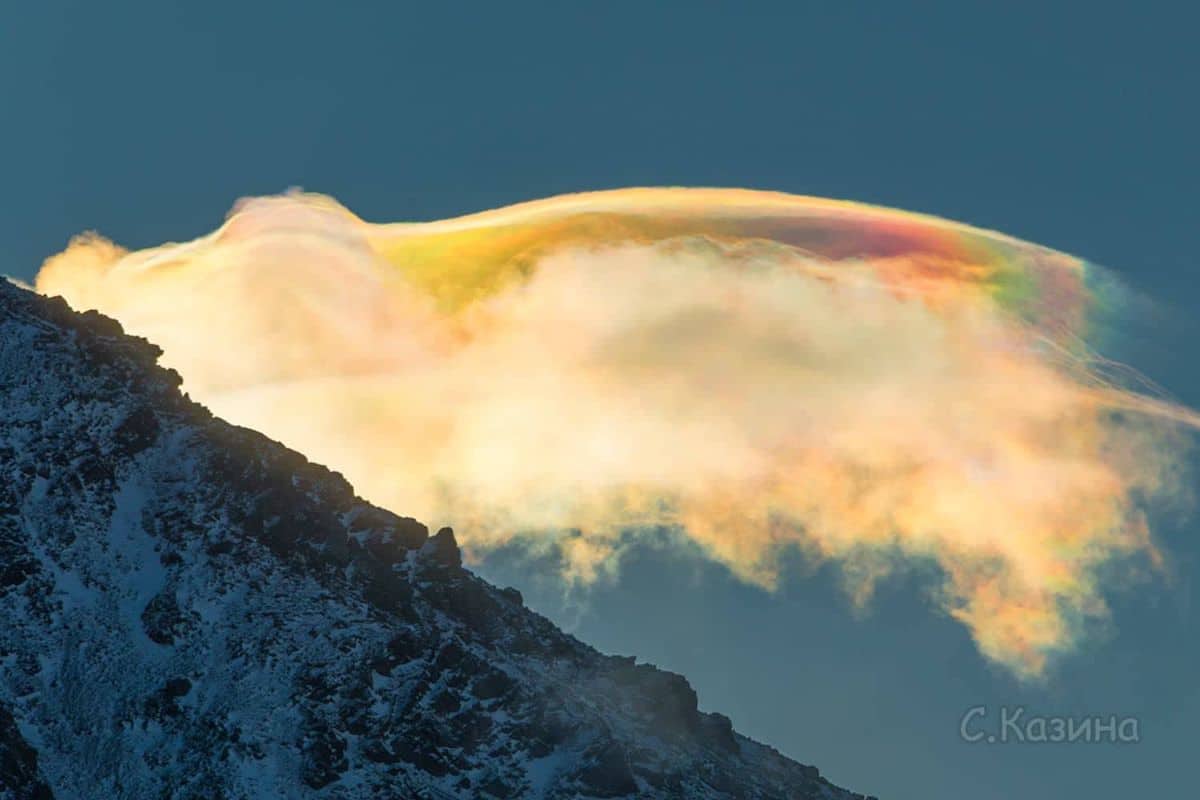 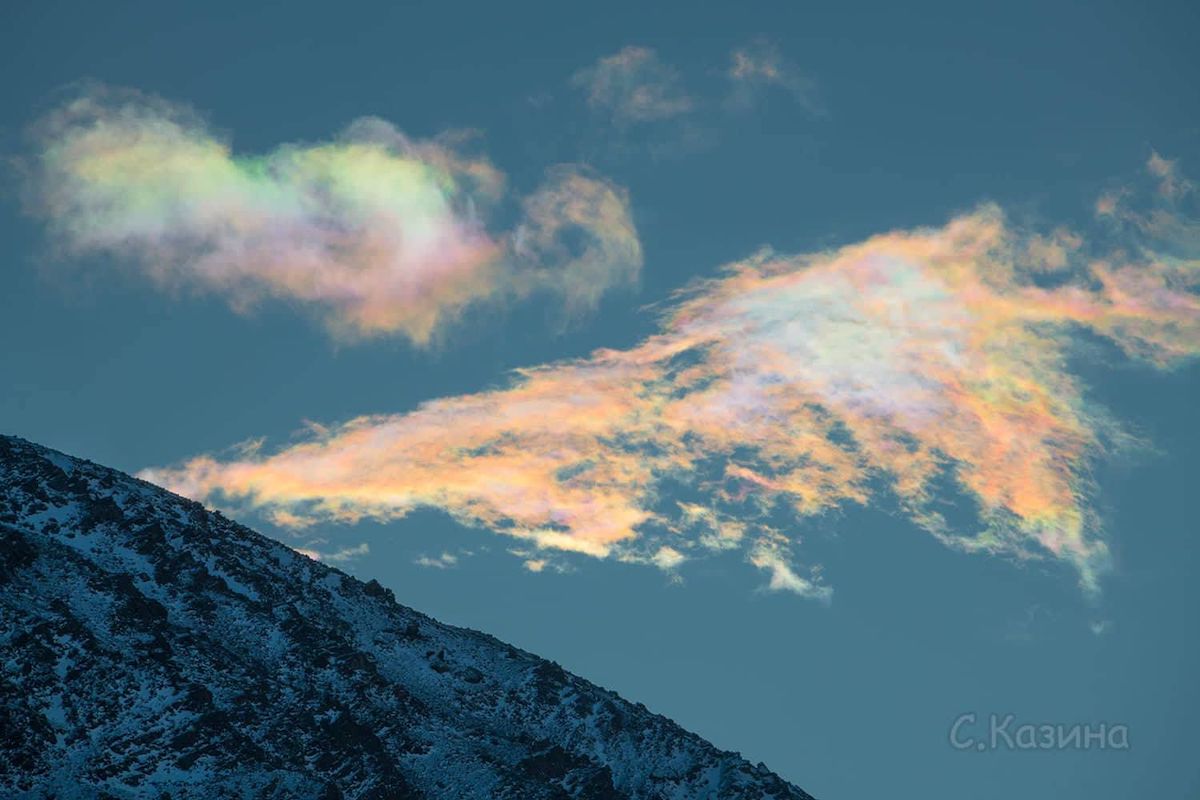 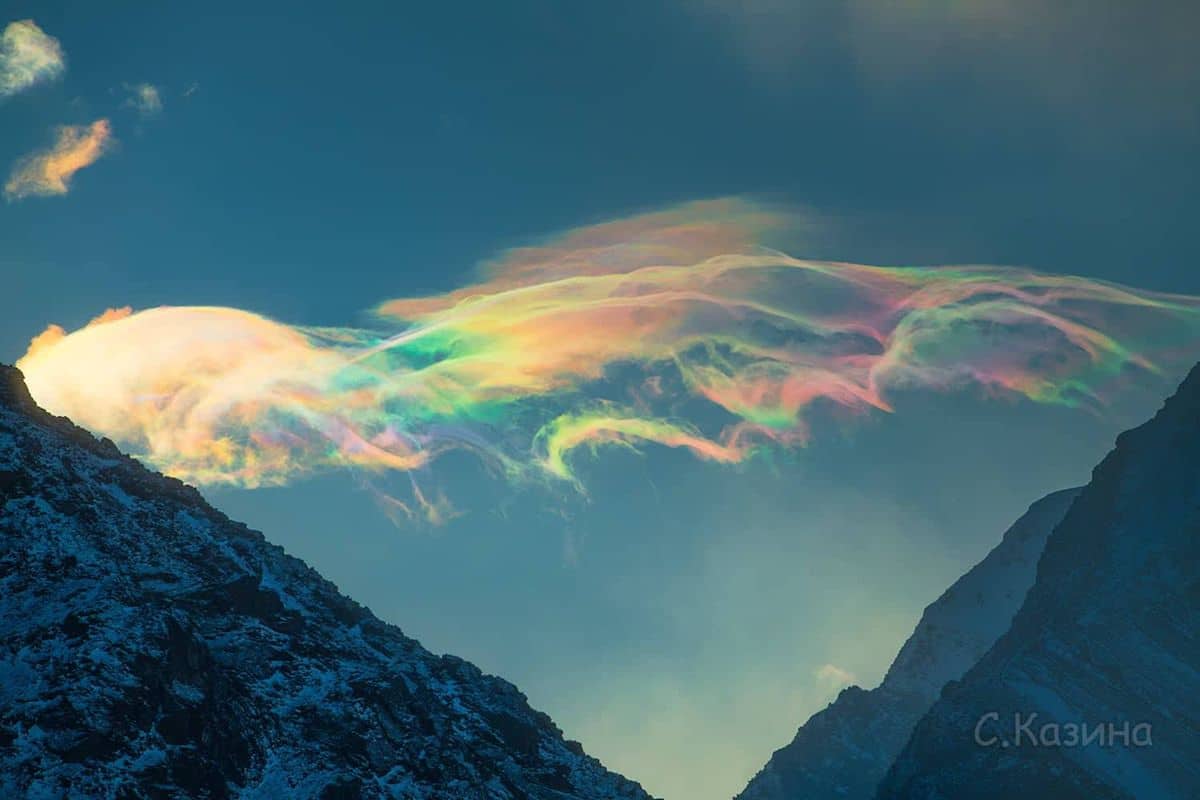 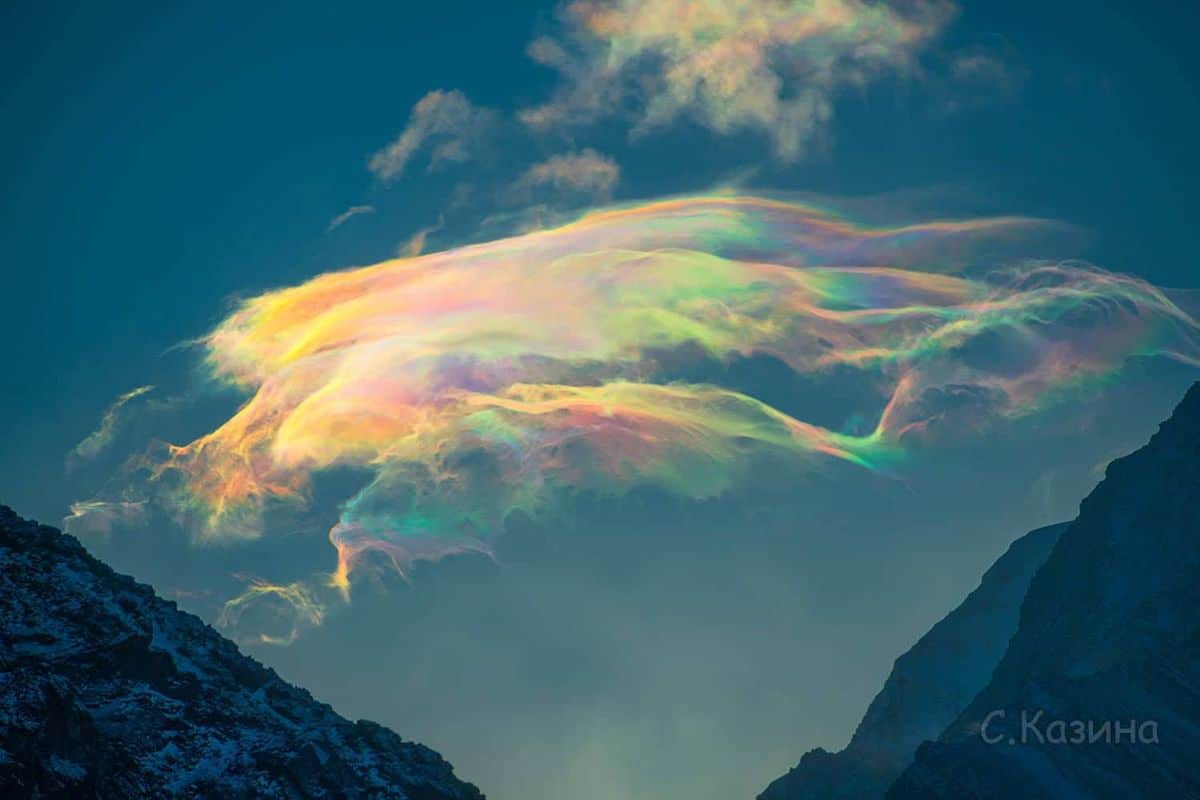 Fantastical Rainbow Clouds Dust the Skies at Sunset in the UK

13 Iridescent Clouds That Light up the Sky with Colorful Rainbows

Stunned by the beauty of these clouds? Share
Like My Modern Met on Facebook
Get Our Weekly Newsletter
Become a
My Modern Met Member
As a member, you'll join us in our effort to support the arts.
Become a Member
Explore member benefits 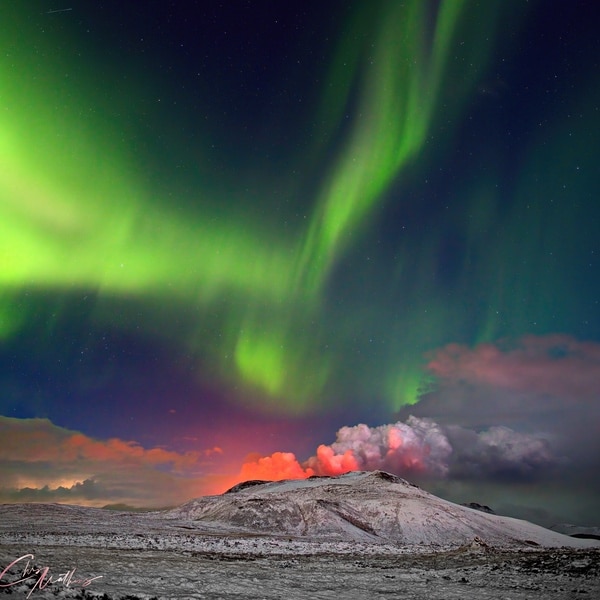