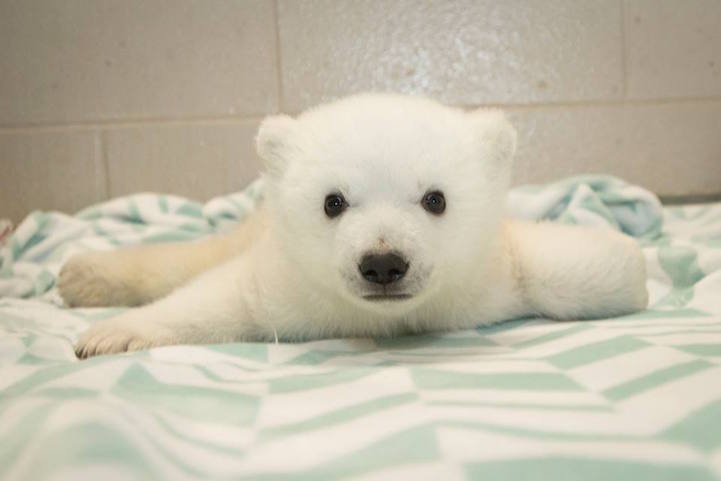 Last year, only two polars bears were born in human care and one of them finally received her name. The newly-named cub was born on November 6th, 2015 at the Columbus Zoo and Aquarium to parents Aurora and Nanuq. Rather than choosing a name amongst themselves, the zoo decided to give the public the opportunity to name the baby bear. A total of 88,061 people voted from 115 countries and chose between the names Desna, Nora, Kaya, and Sakari. In the end, voters decided on the name Nora because it combines both her parents' names.

Now, at 3 months old, Nora is proving to be both playful and determined–she's already begun to walk on all fours. Sadly, Aurora had trouble caring for her newborn daughter and zookeepers soon decided to hand-rear Nora so they could provide her with round-the-clock care. Hopefully, she will be revealed to the public in the spring, but only if her caretakers feel as though she's ready.

To see the baby polar bear presented with her new name, take a look at the cute video below. 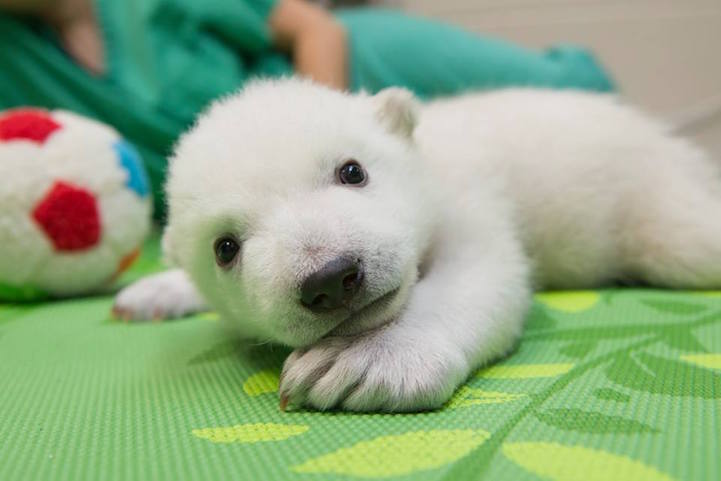 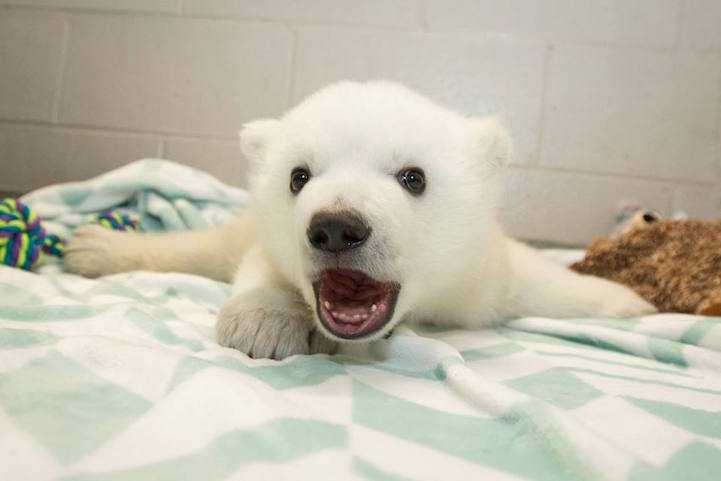 See how much Nora has grown since November: 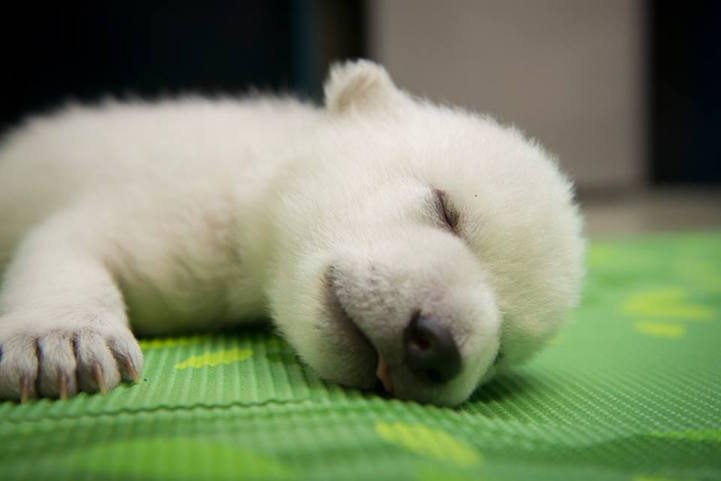 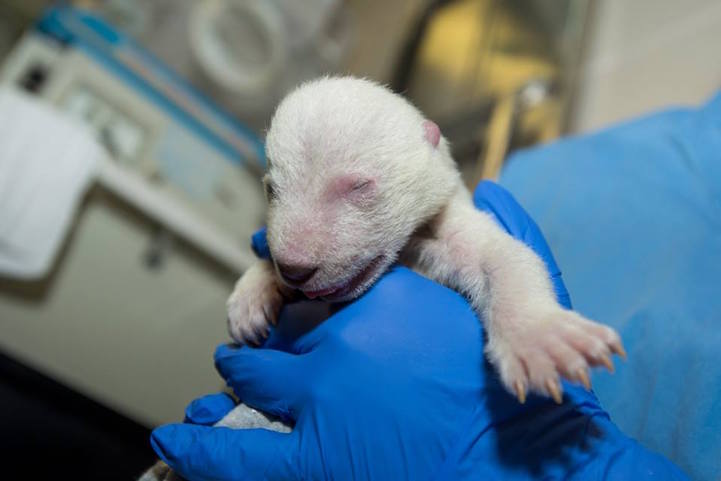 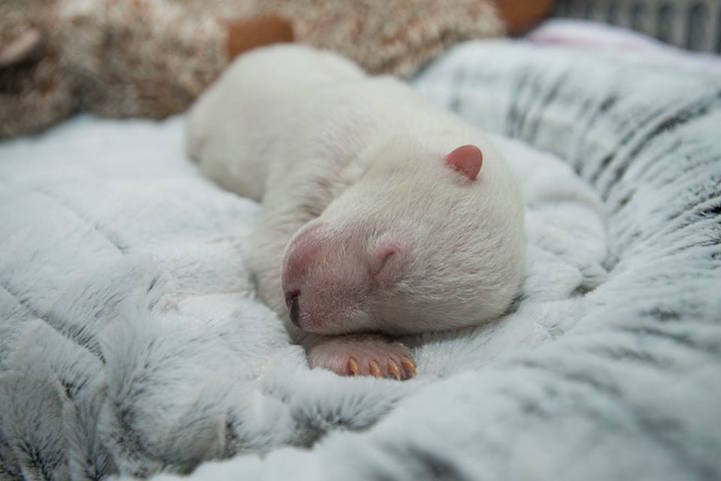 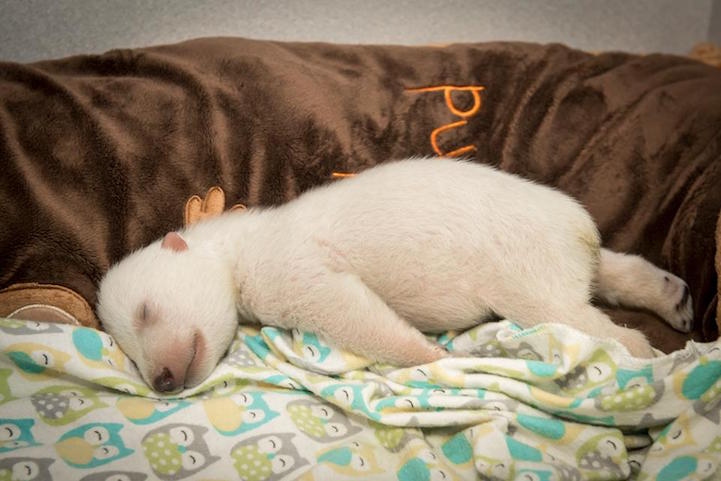 All photos via Columbus Zoo and Aquarium.