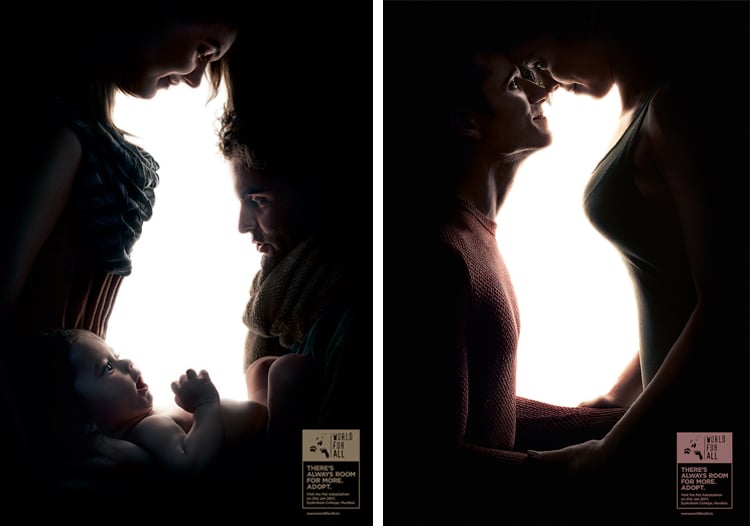 Ask any pet owner, and they’ll probably tell you that their furry friend has made their family feel complete. Translating this idea into an ingenious advertising campaign is photographer Amol Jadhav and art director/retoucher Pranav Bhide. They've recently produced a series of creative pet adoption ads that employ a brilliant use of lighting, which forms an animal version of the famous optical illusion known as Rubin's vase. The result has two images visible in every sweet portrait.

The campaign, which supports World For All Animal Care and Adoptions in Mumbai, features three separate posters that each use the same visual effect; a silhouetted family of two or three people who lovingly looking at one another. The negative space between them is carefully arranged, and from afar the shapes of their bodies form the outline of an animal. This is a clever addition to the advertising tagline “There’s always room for one more. Adopt.” The image is only complete once you see the dog, cat, or rabbit that emerges from in between the smiling figures.

The trio of posters highlighted a 2017 World For All pet adoption event at Sydenham College in Mumbai. The print collateral was effective—aside from an increase in foot traffic, 42 animals were able to find forever homes during the affair. 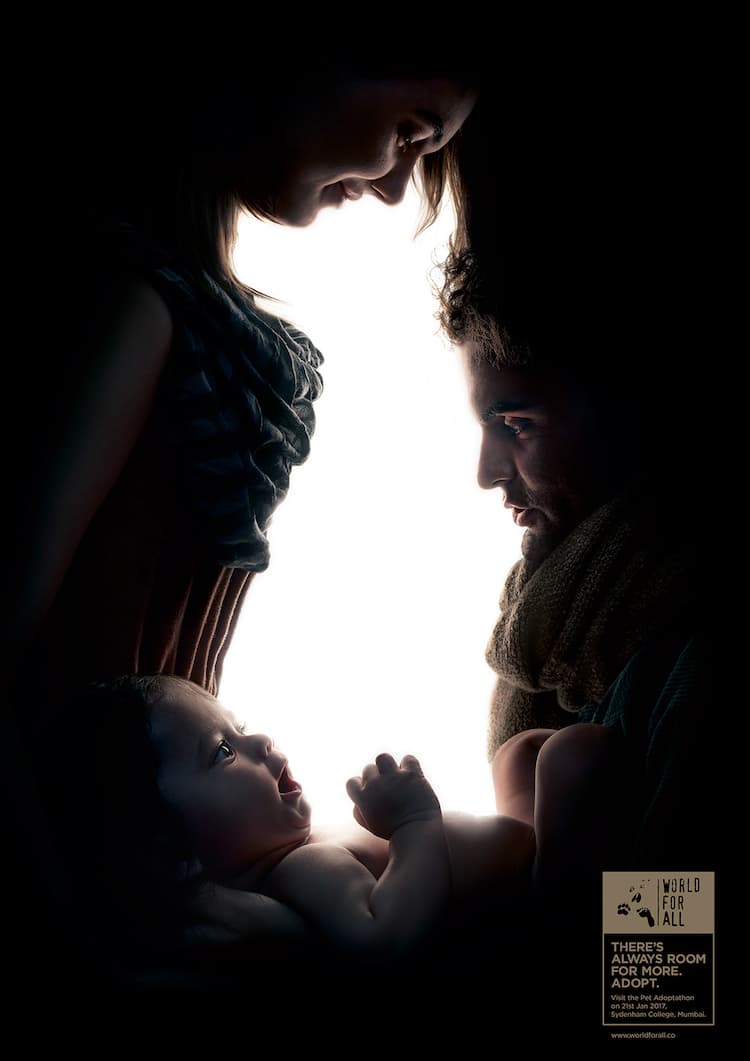 Look closely at the negative space and you'll see an animal. 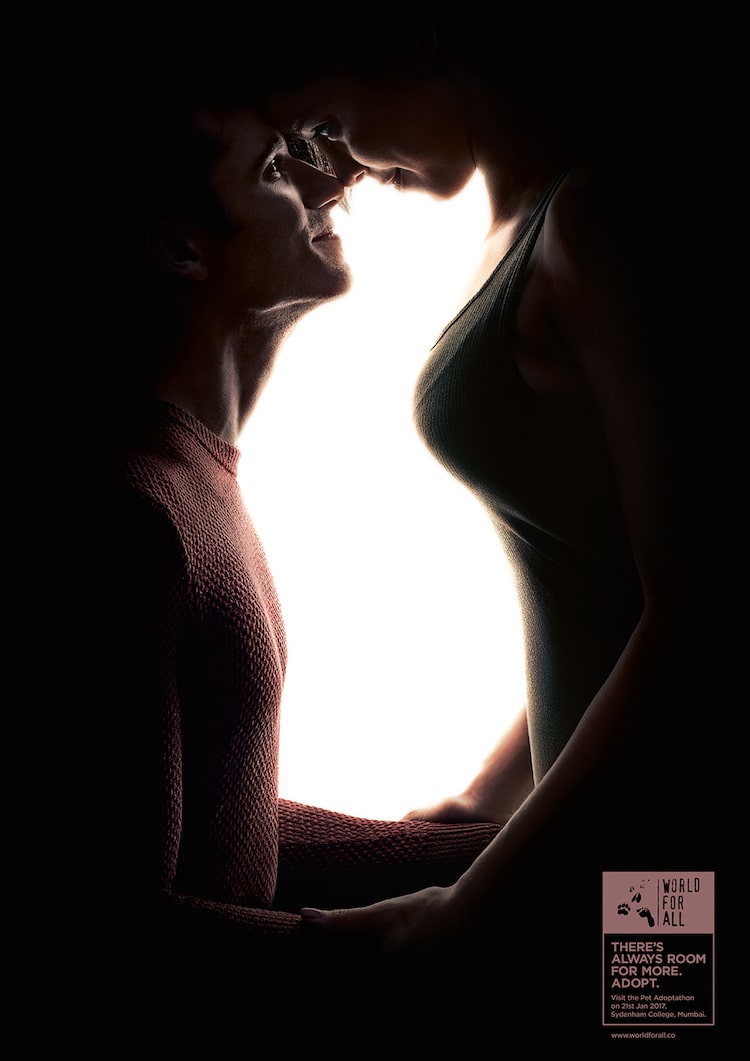 Once you see it, the image is complete. Just like a family who adopts a pet! 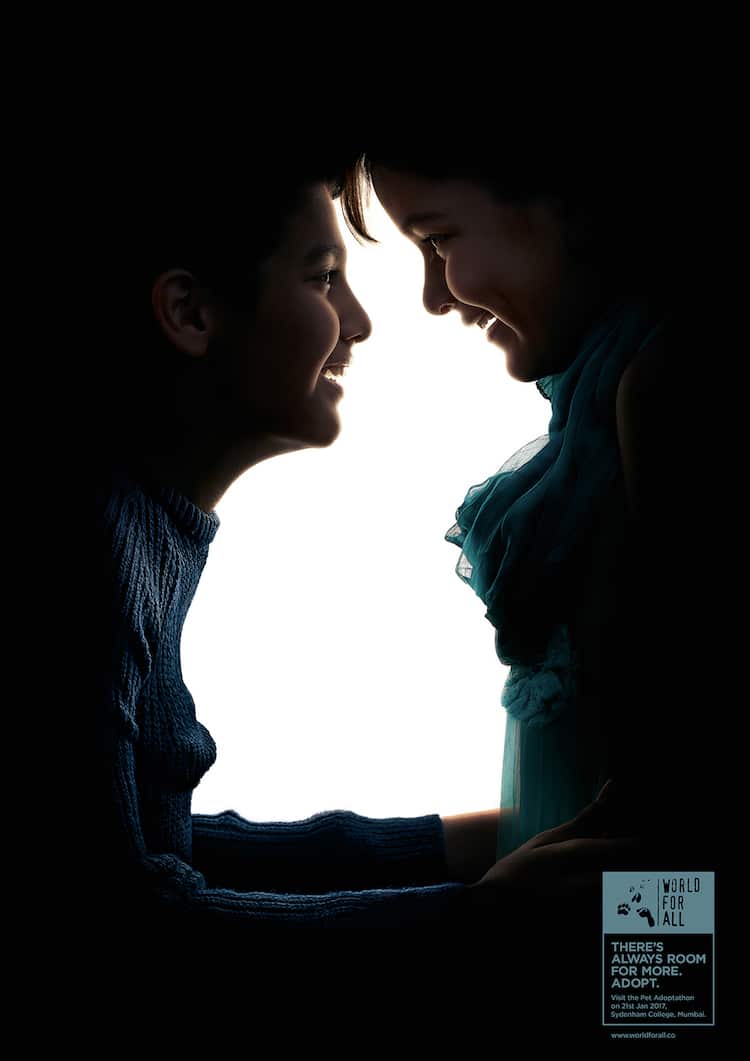 All images via Pranav Bhide.