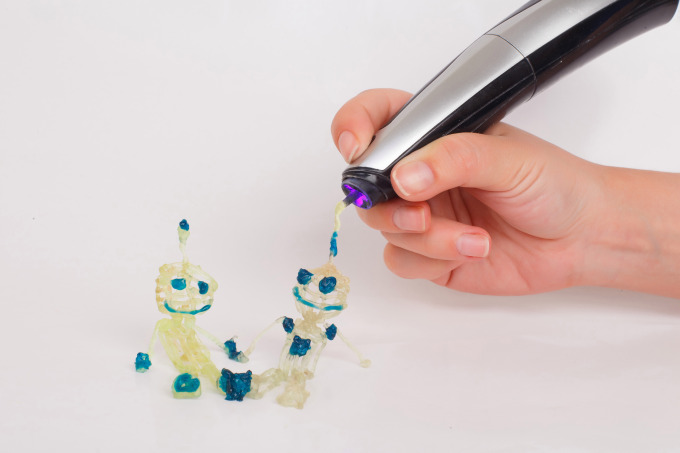 Drawing is even more fun when you're working with another dimension. The CreoPop is a 3D drawing pen that allows you to make imaginative and colorful sculptures without the use of melting plastics or heat. Instead, the device creates a chemical reaction with light-sensitive photopolymers. A tiny motor inside of the pen forces gel through a nozzle, and three blue UV lights harden the gel once it reaches the tip. This means that there's no smelly plastic or a risk of burning yourself – you can even use CreoPop on your skin!

There are a ton of playful possibilities with this pen which makes it fun for artists and non-artists alike. The gel adheres to itself, so you're able to draw on top of hardened lines or create flat shapes that you can later piece together. It takes approximately 40 minutes to charge the device for two hours of drawing.

Watch the video below to see it in action. CreoPop is currently raising funds via an Indiegogo crowdfunding campaign. 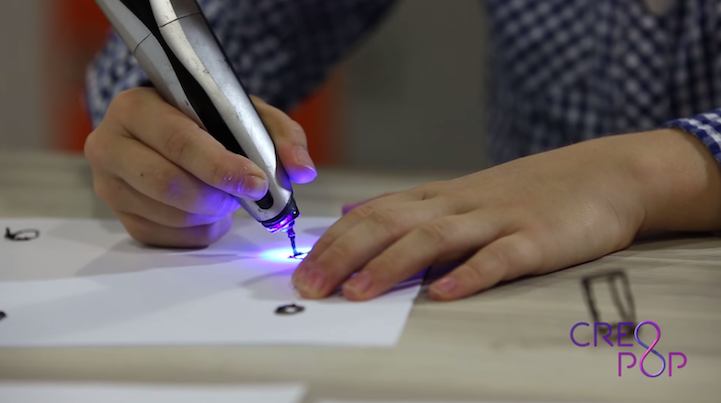 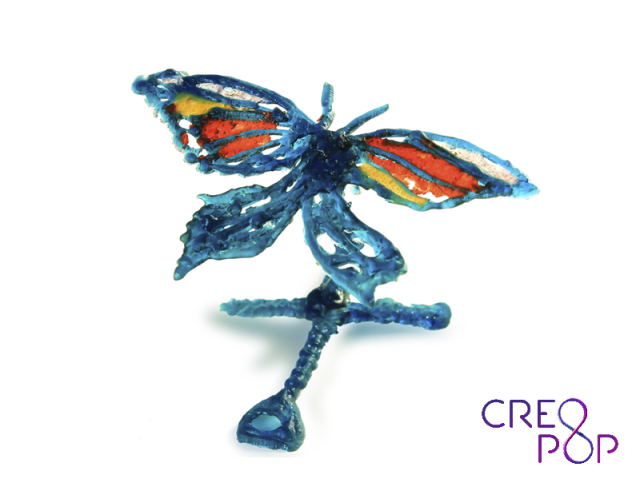 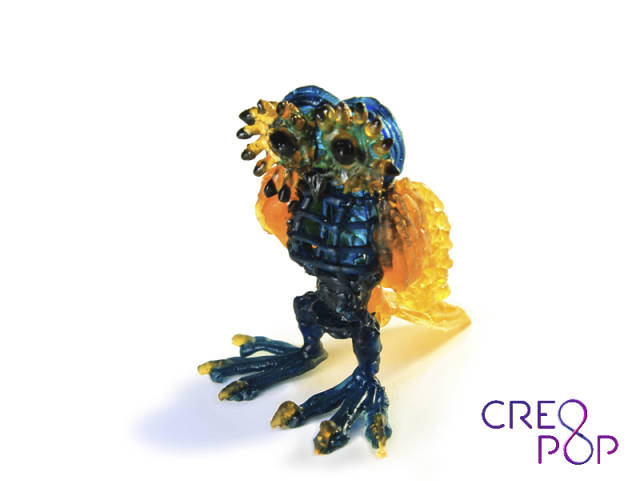