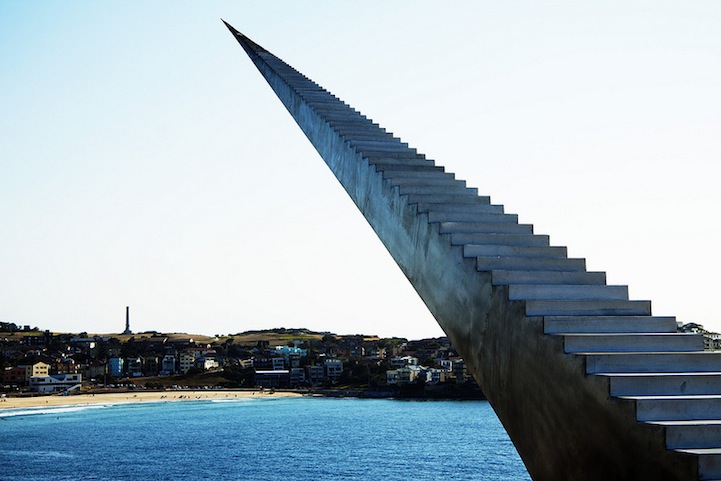 Diminish and Ascend is a sculptural installation by artist David McCracken that, from certain angles, looks like a never-ending staircase. Part of the annual event known as Sculpture by the Sea in Bondi, Australia, the staircase is one of the most eye-catching pieces at the outdoor exhibition this year that allows the mind to wander and imagine a surreal escape. Though it appears to be a long climb to the top that goes beyond the Earth's atmosphere, it is nothing more than an optical illusion.

McCracken's expertly crafted sculpture plays with perspectives, taking into account the visual effects associated with simulating distance. By constructing a modified replica of a staircase that decreases in size as it nears its highest and furthest point from eye-level, it gives off the illusion of an infinite stairway to heaven as the aluminum steps ascend into the clouds without an end in sight. 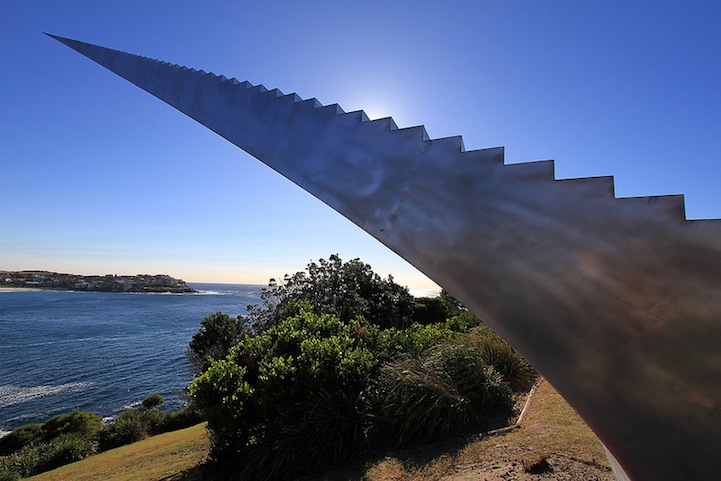 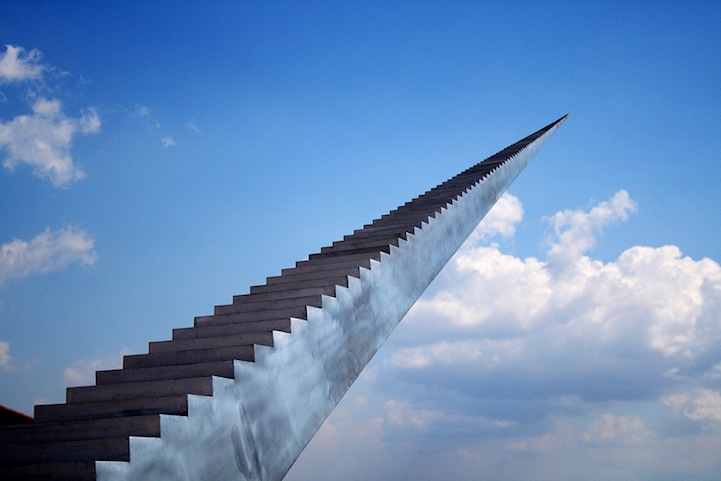 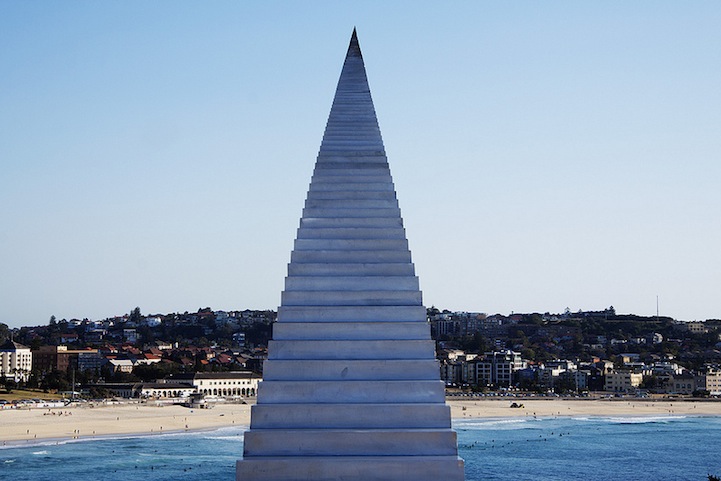 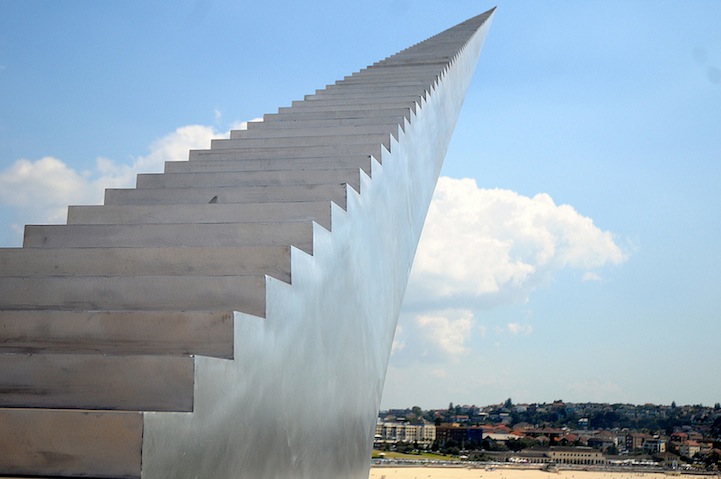 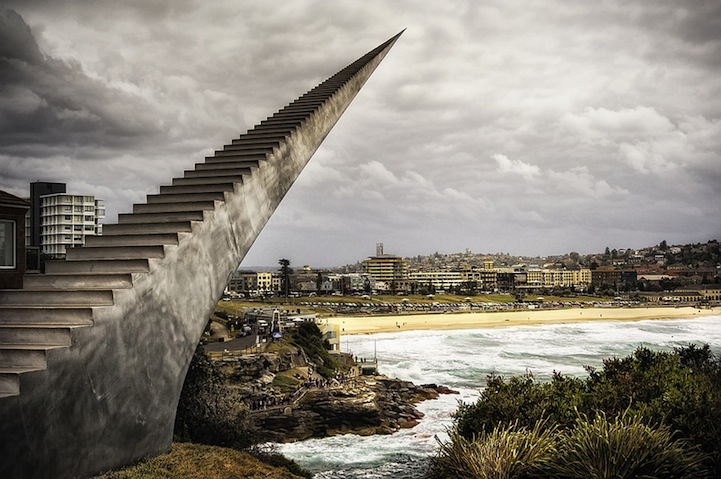 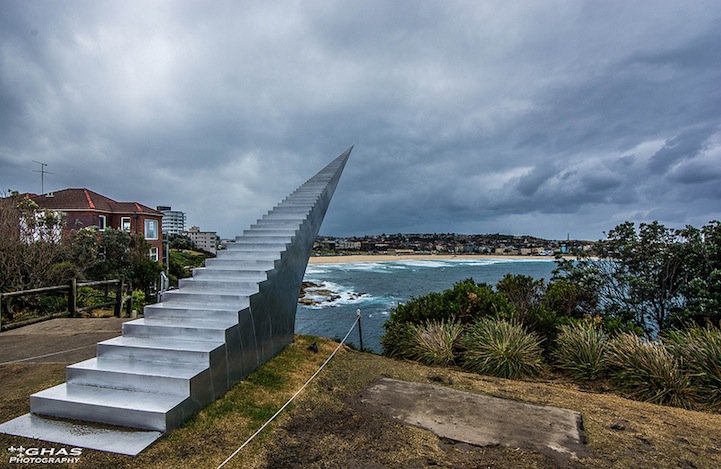 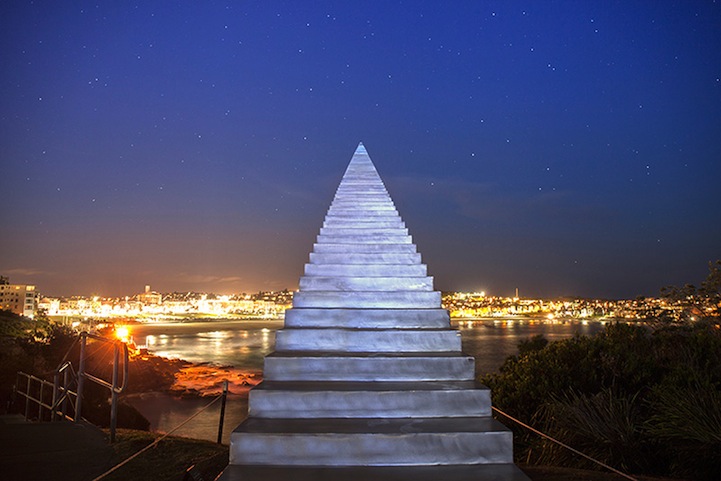 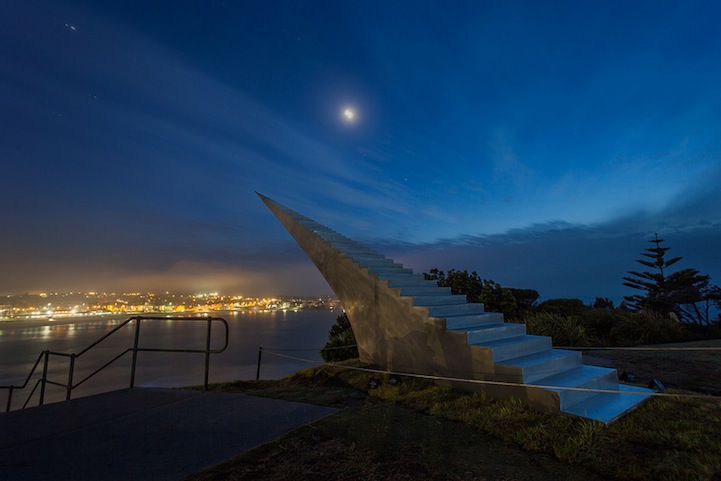