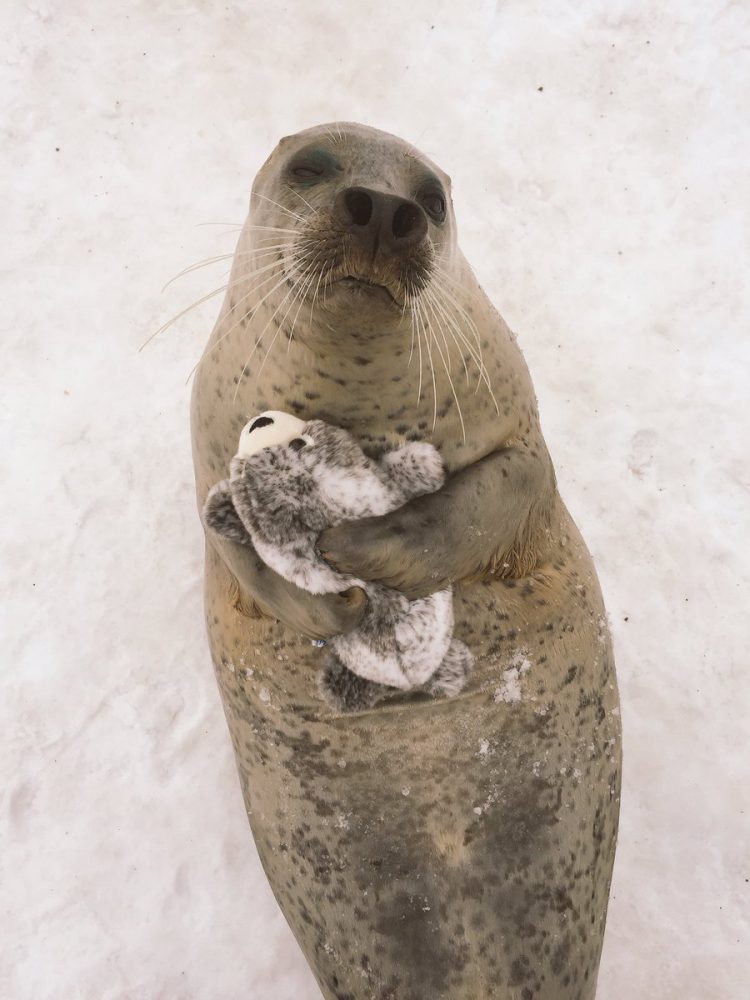 One of the most adorable things we've seen in awhile, this rescued earless seal hugs a plush version of himself. The delighted seal lives at the Okhotsk Tokkari Center in Japan's Hokkaido Prefecture, and was given a stuffed toy in his likeness by the staff.

The staff could never have expected just how much the seal, who is being hand-reared after being rescued due to injury, would take to his new friend. Cuddles abound, as he gleefully hugged his mini-me, even giving him a ride on his back!

The center, which is Japan's only marine conservation facility, specializes in sheltering earless seals. In fact, tokkari is the Ainu word for earless seal.

Knowing that this love story was too cute not to share, the center published photos on Twitter. And the public seemed to agree, sharing the tweet more than 26,000 times. 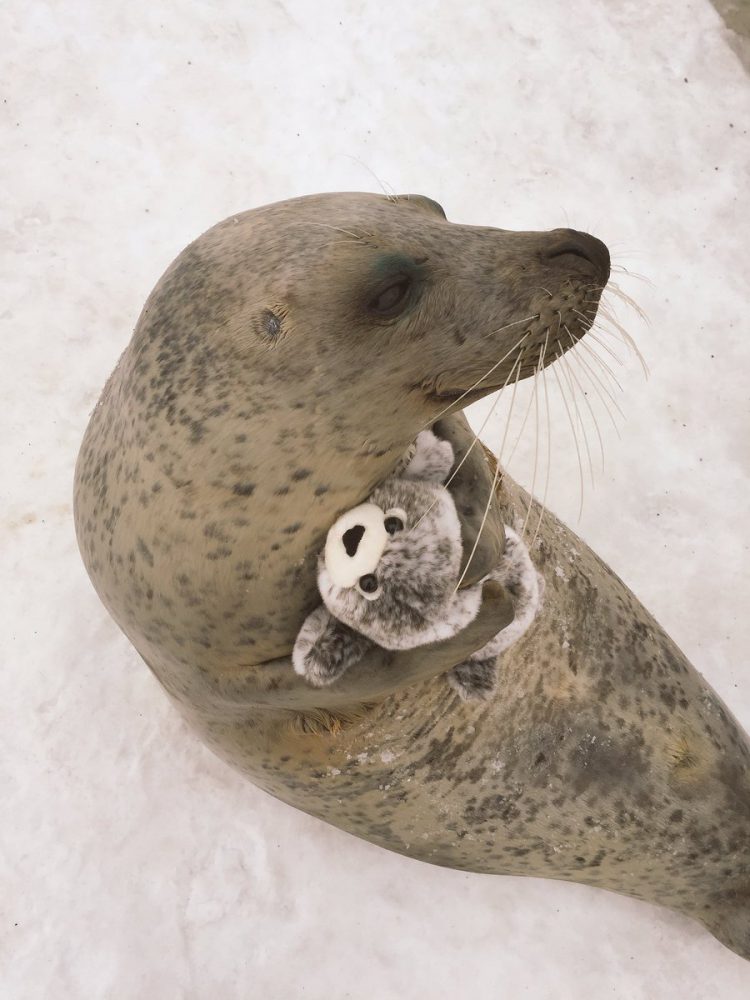 This earless seal even gives his stuffed buddy a piggy-back ride! 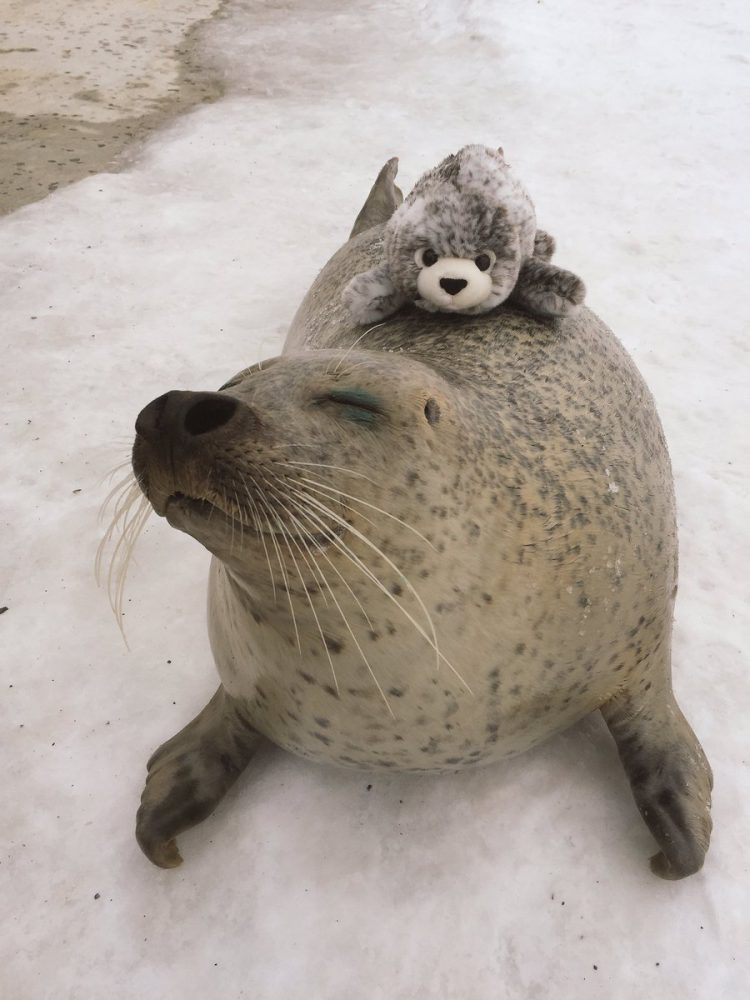 All images via Okhotsk Tokkari Center.